Ellen DeGeneres provides us with countless hours of entertainment and she never asks for anything in return. She’s always up to something and it’s usually hilarious.

Seasoned viewers of the show probably know her executive producer, Andy. This week, she decided that Andy needed a career change. The Average Andy series allows him to take a step outside of his usual norm. She makes him perform tasks that he is not so good at. As you might have expected, his stint as a hibachi chef was not any different. How did she manage to talk him into this one?

He was taken to Benihana, where he received tutoring from a master teppanyaki chef. If you have ever spent any time at a hibachi grill like this one, you are probably aware of all the tricks that Andy was being taught. While some people might have convinced themselves that they could handle this job if they wanted to, nothing could actually be further from the truth.

Andy is living proof. For starters, his attempts at learning how to cook and cut shrimp were full of gaffes. It did not take long before Andy cut his finger. He also managed to toss one of the cooked shrimp directly into his own face. “I’ll let you know if I bleed out, but for now we’ll just keep going,” he said to the chef who was trying his best to teach him, according to Delish. 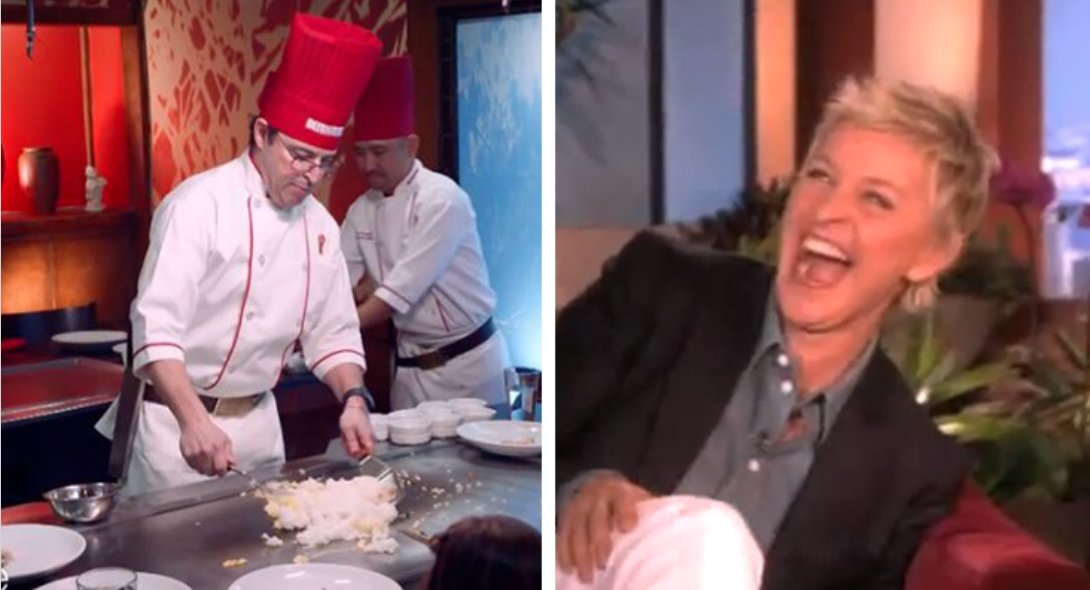 At first, the chef thought that Andy was just kidding with him. No, no, no, Andy was truly bleeding. After some bandaging, Andy got back to the learning process. He was even able to learn how to shape the fried rice and turn it into a heart. One thing is for sure: this guy is a very good sport. Andy got his chance to serve some hungry guests and things did not go all that well.

Wait until you see what happened when one of the diners was asked if they enjoy egg rolls. Andy decided to literally roll an egg across the grill. Does this inspire you to make a career shift?