The Compelling Friendship Between Ella Fitzgerald and Marilyn Monroe

In the 1950s, Marilyn Monroe was a rising star. Her elegant (yet revealing) evening gowns and haphazard and flirtatious roles in films kept her name and her image constantly in the newspapers. Monroe had gone from wartime factory worker to model to world-famous singer and actress in only a few years. Her 1954 marriage to Joe DiMaggio made her even more of an American institution. Her friendship with Ella Fitzgerald, which was eclipsed by the pills that would later cause Monroe’s death, is an often overlooked aspect of her short and troubled life. 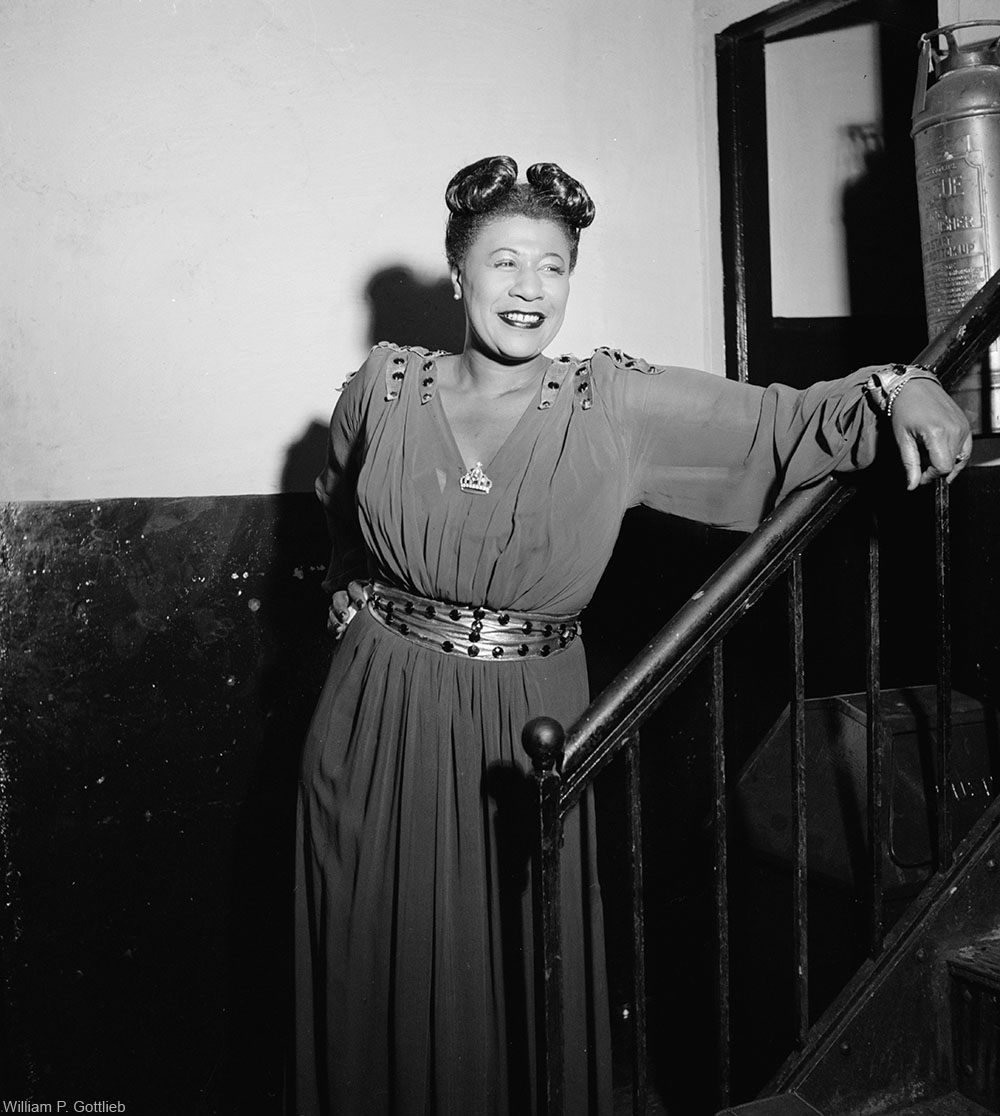 Marilyn Monroe, in addition to being a huge reader, was also a fan of jazz. In New York nightclubs she had grown to love the genre, lamenting how more people were not completely enthralled with the music. One thing in particular troubled her: most of the jazz performers were black and could not perform in white only clubs. If they did, they often were not permitted to drink at the bar or mingle with their fans. 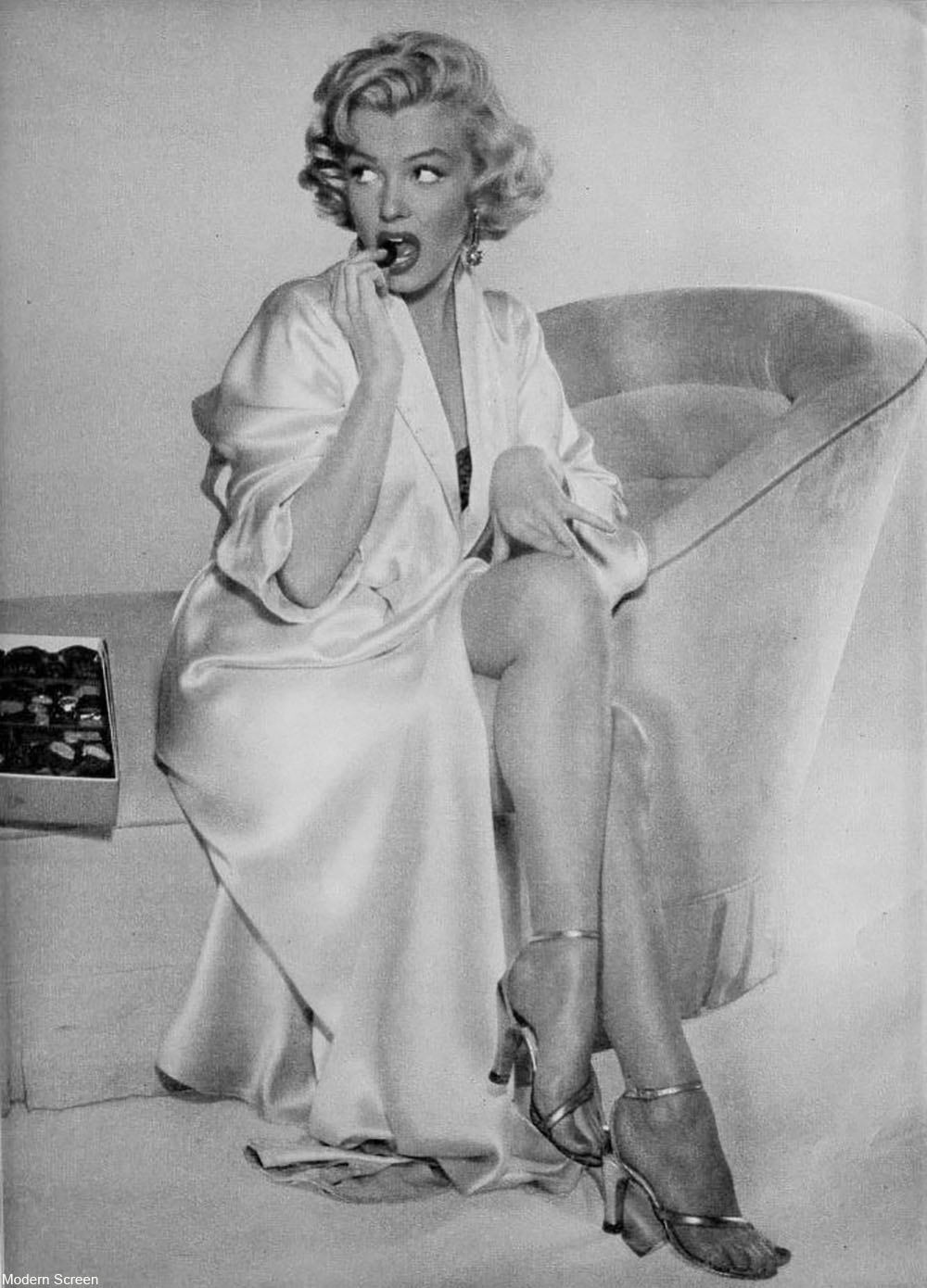 Monroe found this unconscionable. When she made friends with Ella Fitzgerald in New York, she made a connection which would soon bring both of them a ton of press. Fitzgerald had not yet played at the famous Mocambo Club, the It place to perform– provided you were white of course. The West Hollywood club boasted dozens of live birds, a silver-gilt Mexican decor theme, and the attention of just about everyone in Hollywood. At the time it was considered a crucial stepping stone for musicians to perform there, something which minorities were largely excluded from doing. 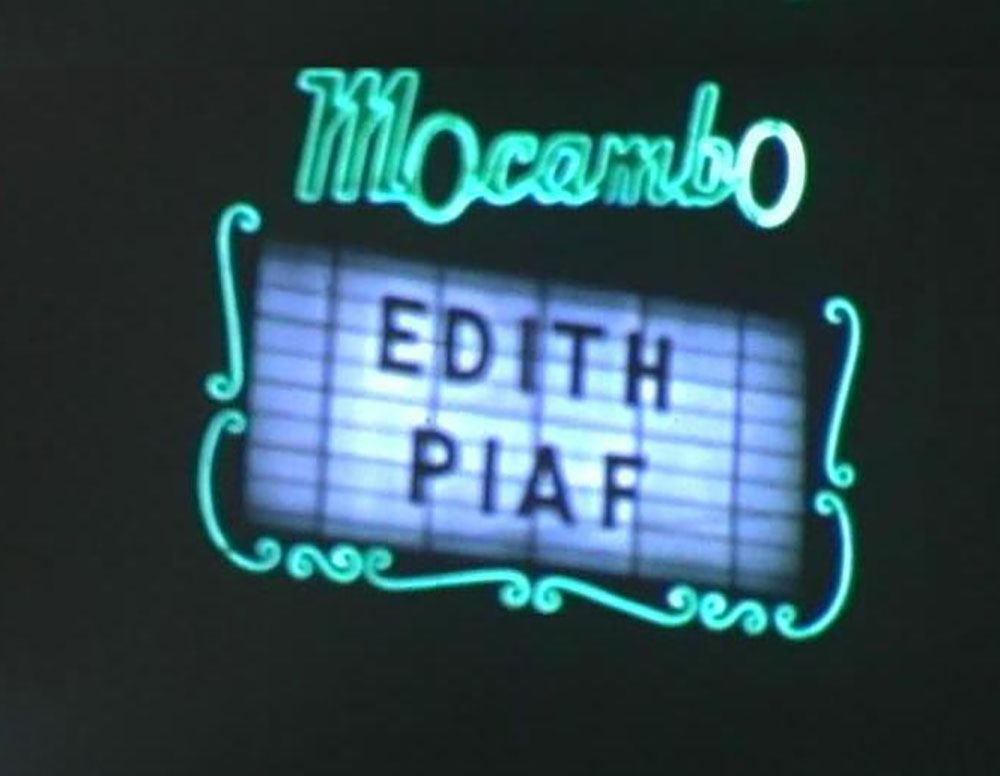 Monroe called the clubs owners and advised them to book Fitzgerald. When they hesitated she struck up a deal that if the club let Fitzgerald perform there than Monroe would be there every night to bring in the press and to add that cool factor. The terms were accepted and soon Fitzgerald was gaining the notoriety she deserved, with America’s favorite leading lady sitting in the front row every night. 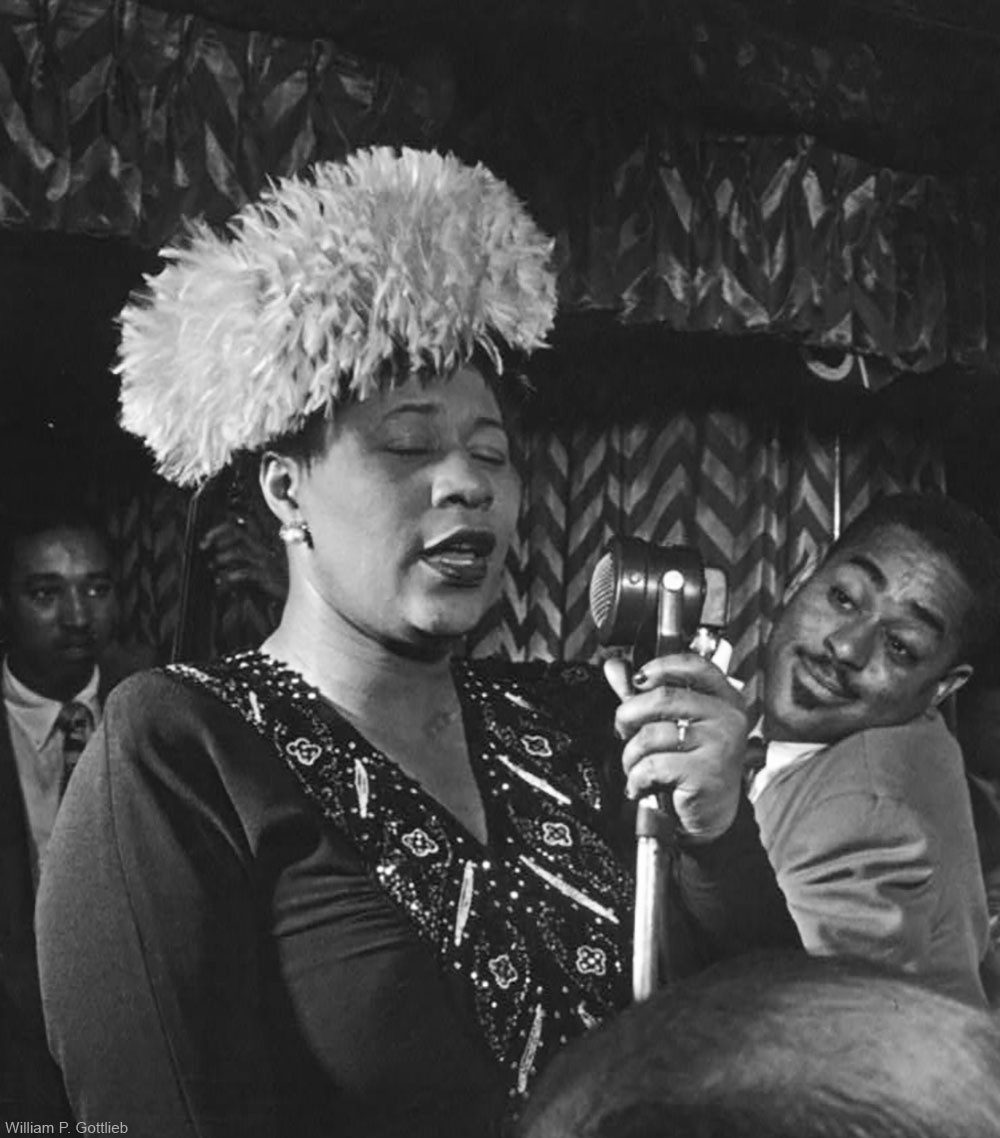 Interviewed at the time of Mocambo Club arrangement on her friendship and who she liked hearing sing, Monroe stated, “Well, my very favorite person and I love her as a person as well as a singer. I think she’s the greatest and that’s Ella Fitzgerald.” When asked about her famous actress friend, Fitzgerald respond that she owed a great debt to Monroe. By the time Monroe died from an overdose in 1962, Fitzgerald had already won 6 Grammys, and been nominated for many others besides.

Some have speculated that the pair not only bonded over their love of jazz (the two were introduced by Monroe’s music coach, Hal Schaefer), but that the respective rough childhoods of both Fitzgerald and Monroe added another deep dimension to the friendship.

Fitzgerald’s initial two week run at the Mocambo was extended by a week because her shows were so popular. Not that she needed to for publicity’s sake, but Monroe did bring big names like Frank Sinatra and Judy Garland with her to the club.

In the days of radio, Fitzgerald had made a name for herself taking over Chick Webb’s orchestra after he died. However, her fame would only reach its peak after her time at the Mocambo Club. Fitzgerald said that after her Mocambo run, she never again needed to play small clubs if she didn’t want to. 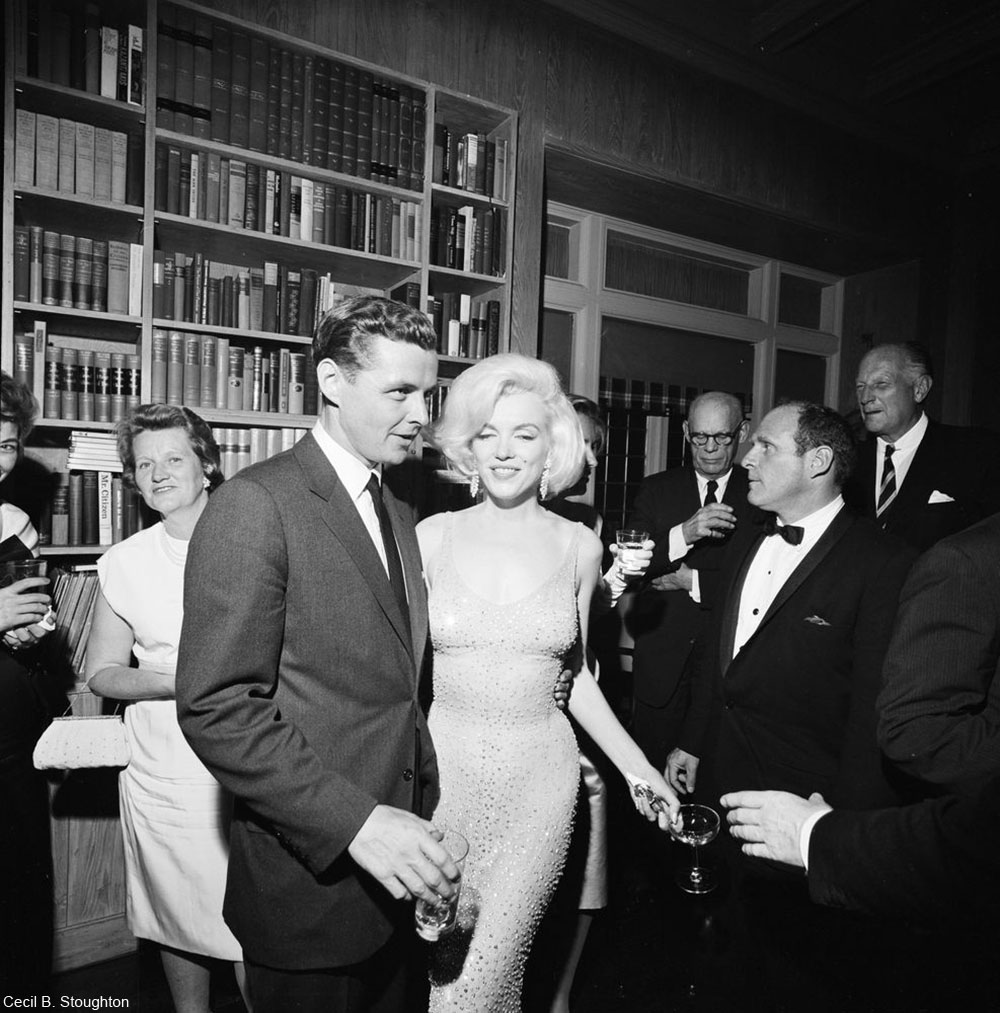 When Monroe found out about clubs who wanted to cash in on Fitzgerald’s voice without letting her enter through the front door, Monroe claimed that she would only come inside if she and her friend could both enter through the same doorway. This tactic worked again and most clubs began to relax racial restrictions wherever Fitzgerald played.

In the end it was Monroe’s increasing dependance on pills, a sadly common occurrence in Old Hollywood, that hindered their friendship since Fitzgerald hated drugs and cigarettes. She also was reportedly prevented from attending Monroe’s funeral after DiMaggio insisted on a small affair with none of her famous friends in attendance. However, in an era when segregation was the norm the groundbreaking friendship between Marilyn Monroe and Ella Fitzgerald crossed color lines and exposed a wider audience to Fitzgerald’s incredible voice.