Can you believe that Elf is now old enough to drive? It is hard to believe that it has been that long since this comedy classic made its way to the big screen. If you are anything like us, you are still constantly quoting it. If you are not an Elf fan…you stink like beef and cheese! Now, you will have the chance to spend your holidays at a hotel suite that is inspired by the film. 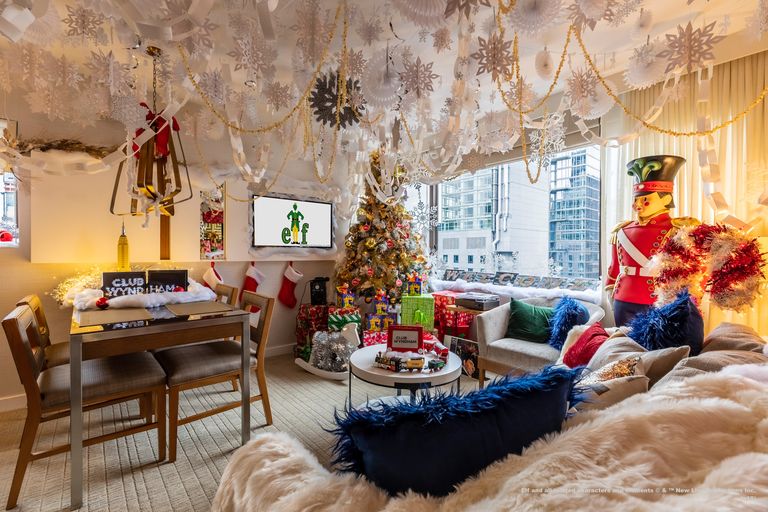 Club Wyndham made an announcement that caused all Elf fans to sit up and take notice. Those who visit the location in Midtown New York City are going to have the chance to spend some time here. It is Elf inspired and it is easy to tell! If you were thinking that this location would simply have a few pictures hanging up, you are going to have to guess again.

The door has been crafted to look just like the famous Buddy the Elf costume. Do you remember the apartment in New York City that Buddy decided to trash? This room has been designed to look just like it! A giant Christmas tree, garlands, and paper snowflakes round out the look. A gift warp wall has been added, as well as an Easter egg for all of the true Elf fans out there. 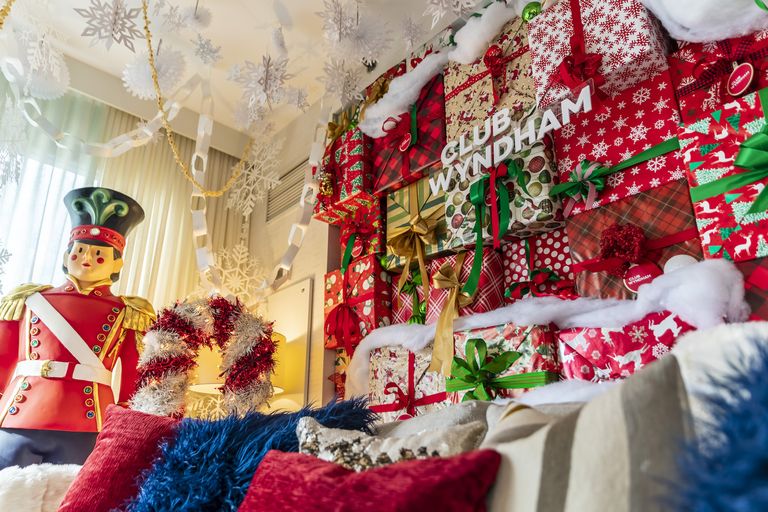 Even the Jack In The Box that terrified poor Buddy is present and accounted for. The ribbon curls have drawn our eye, too. That is because they are a whopping six inches! The kitchen of the suite is the true piece de resistance, though. As you might have expected, it has been stocked with the elves’ core food groups. Syrup, candy corns, candy canes, and candy are all on deck.

Those who wish to recreate the candy spaghetti dish that Buddy is famous for will have the chance to do just that. Unlimited supplies of cookie dough and soda offer visitors the chance to eat just like Buddy did. We would not recommend it, personally. It is your decision, though. We are not here to judge you in any way, promise. 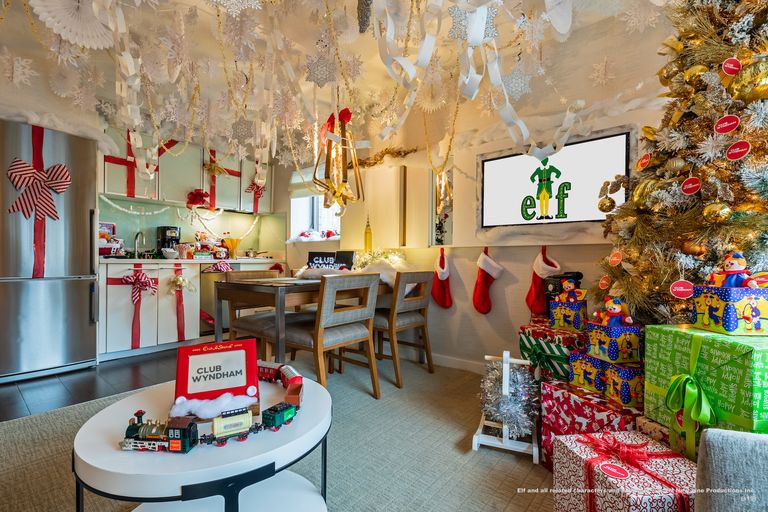 Booking starts on November 25, for all those who are looking to stay here. Stays can be booked for December 2 and the suite is available until the 22nd. After the 22nd, booking becomes exclusive to Club Wyndham members. Up to four people can sleep here and the room costs $399 per night. Free passes to the Empire State Building and Rockefeller Center come with your stay.