The Ridiculously High Cost of Electronics Back in the Day

We have a lot more in the way of electronics than our parents and grandparents ever did. From blenders to Roombas to smartphones and Apple TVs, the average home contains a number of sophisticated devices that make our lives easier or better (or both). Despite the fact that in the old days people had fewer devices, what they did have was incredibly expensive. If you had to pay this much for a TV today, you might have opted out altogether! 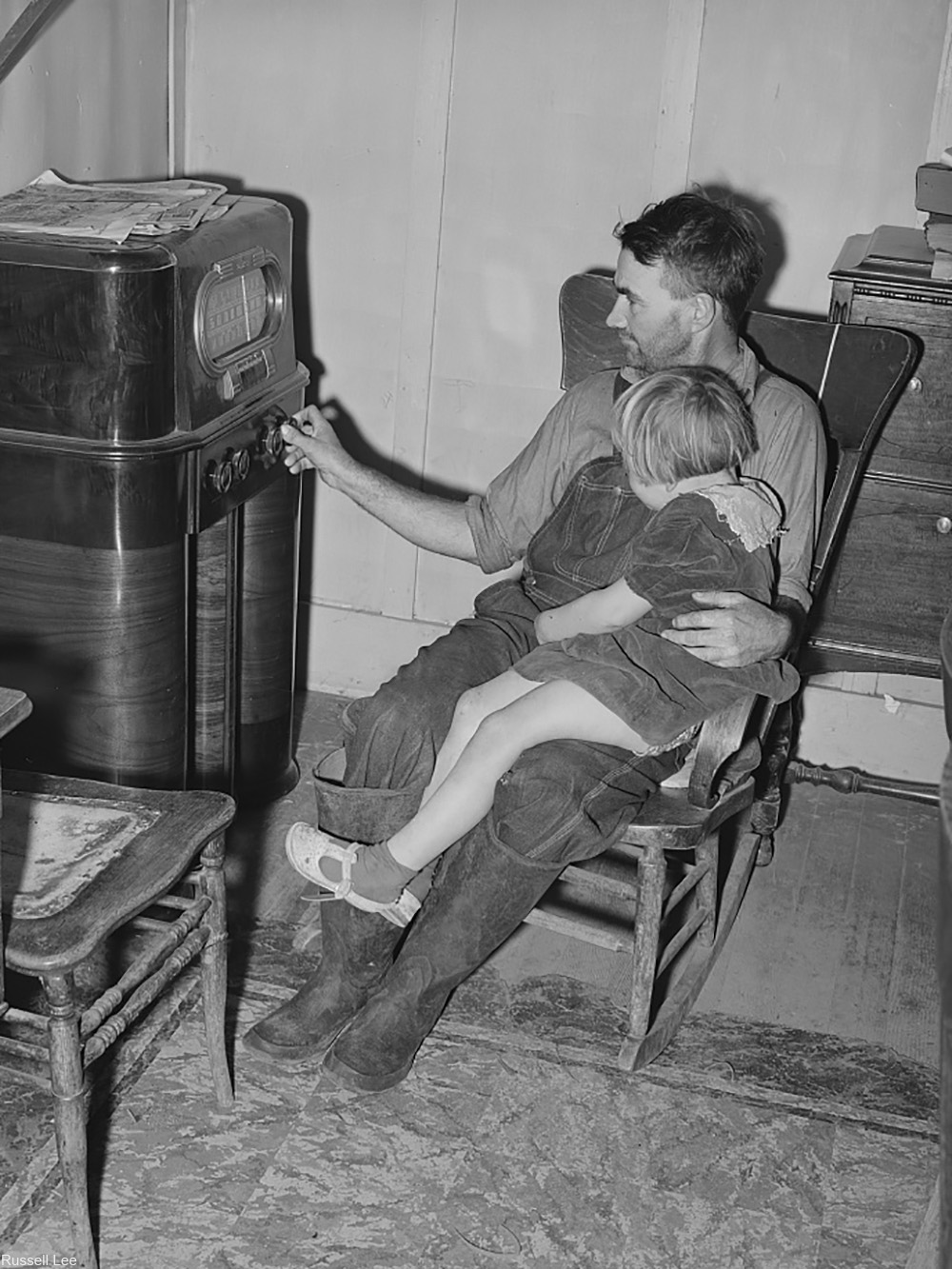 Radio as a technology was first introduced around the turn of the 20th century. But, it wasn’t until the 1930s that broadcast radio would become the main source of news and entertainment for many families. Radio programs could be dramatic or serious, funny or heart wrenching.

Radio sets, as the TVs of their day, were often made to be quite beautiful and were usually given pride of place in the home. Carved designs, burl wood cabinets, and Bakelite in colors were just some of the elegant radios sold back then. 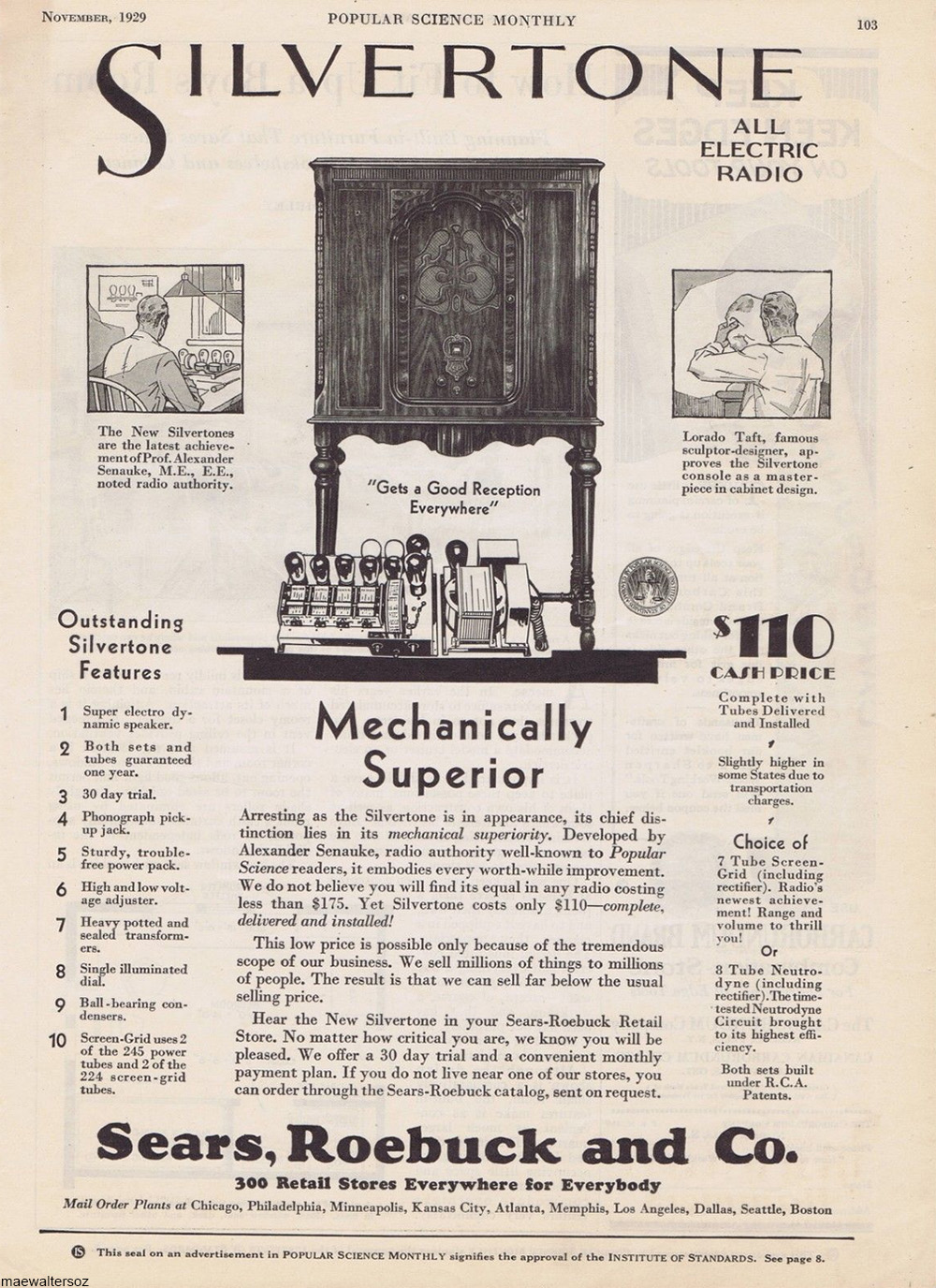 A Silvertone radio in a cabinet in 1929 from Sears and Roebuck cost $110- which would be $1,650 in today’s cash according to the U.S. government’s inflation calculator. For that price you got a carved cabinet and a product that would last years. However, that’s still an incredibly steep price! This explains why not everyone could afford a radio. The more modest radios were around $70 – about $1,050 today.

By the 1960s TV had already become the biggest home service. However, the portable transistor radio was all the rage and cost a premium for such a small piece of equipment. A Sony 8-channel transistor radio with batteries cost $49.95. In today’s money that would be $418.79. They certainly weren’t cheap. 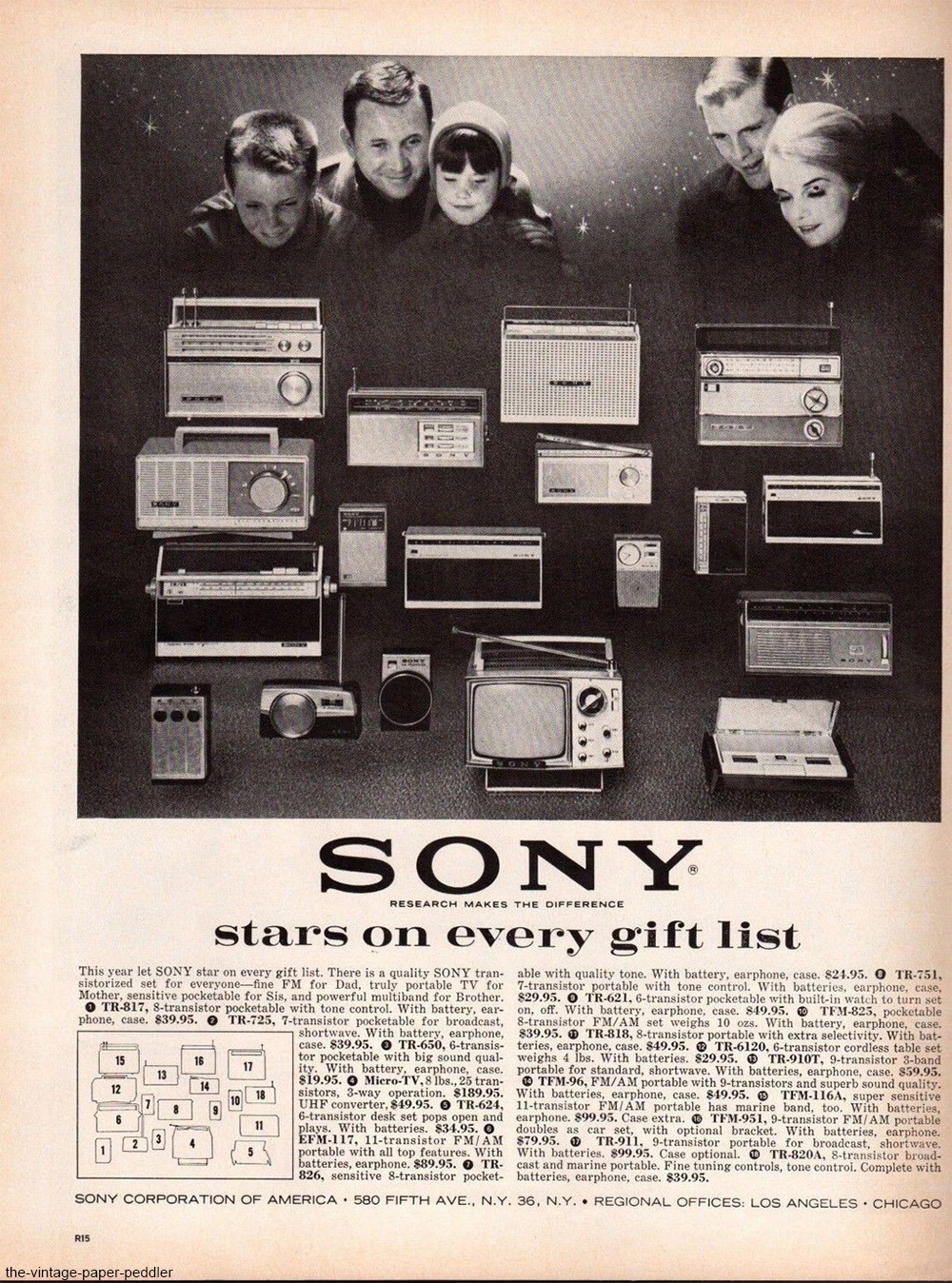 TV caught on during the 1950s and the later broadcast of TV in color sealed the deal. The world was hooked on the magic of TV, of watching movies broadcast to your living room, of following the hottest music and fashion trends in real time. But, all this came with a hefty price tag. And, the first TVs were so tiny compared to what we watch today! 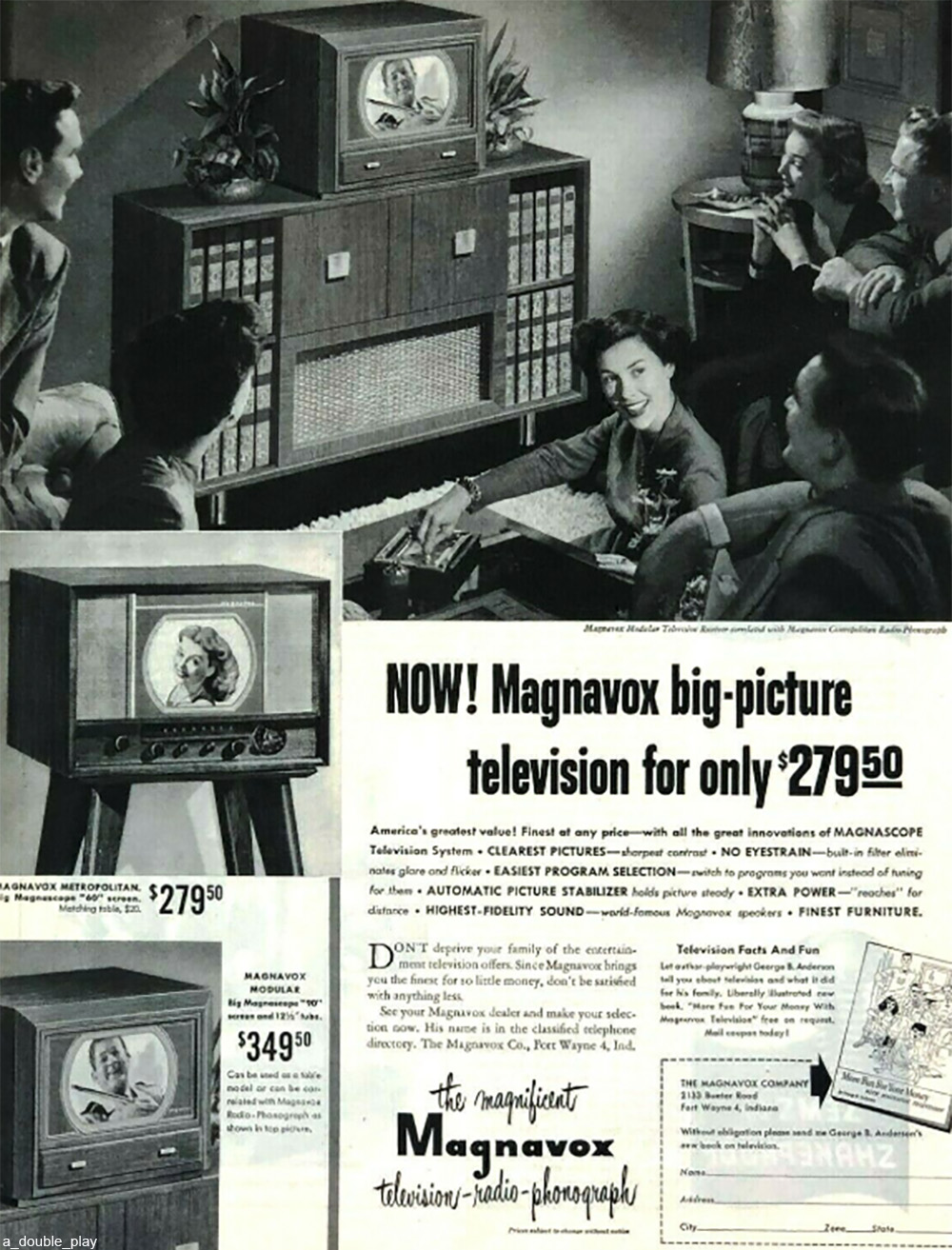 In the late 1940s local stations did broadcast TV. This was the hippest thing to hit the airwaves and TVs themselves cost a small fortune to buy. In 1948 the “big-picture” TV set from Magnavox cost $279.50, which would be $3,025 in today’s money. Talk about a big purchase! But, here’s the funny thing: the screen was tiny and was overshadowed by the family’s encyclopedias! The medium was so new that any sized screen was considered quite the luxury!

TV had been getting cheaper and bigger, but when the first color TVs were marketed in 1954, it was a game changer. Suddenly this new tech was the must-have item for the well-appointed family home. One of the first color sets to be offered was from Westinghouse and cost $1,295 which included the cost of installing the special antennae which the TV required. That price adjusted for inflation would be $12,351 today and reportedly there were none sold at that price.

Of course there were cheaper models available, but it’s mind-boggling how expensive some models were- especially when you consider that there wasn’t much competition back then. If you wanted color TV your options were limited. 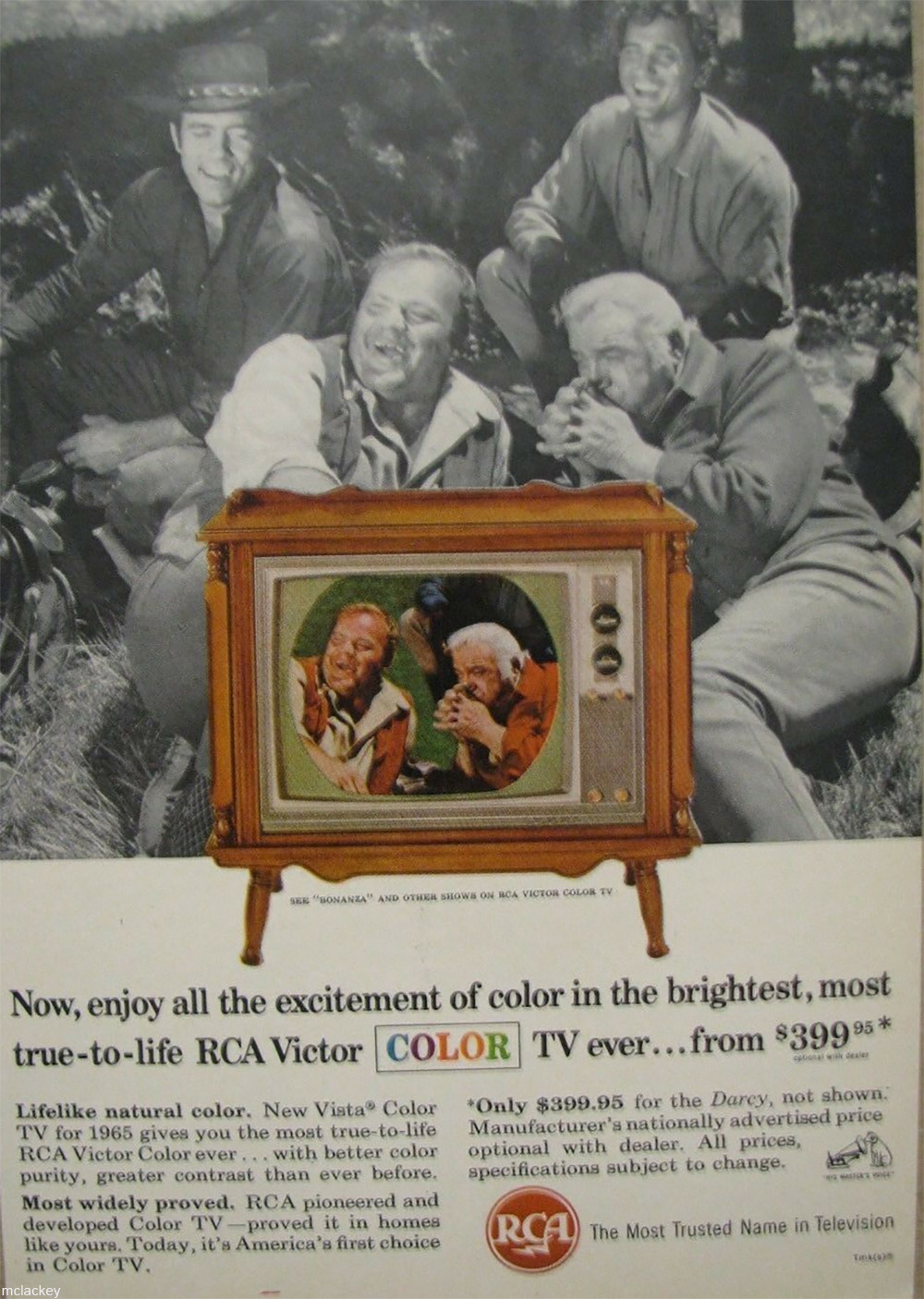 By the mid-1960s a large color TV could be obtained for only $300- a mere $2,490 in today’s money. It’s unthinkable how much of an average worker’s income that would have been back then. The median household income in 1966 was $6,882. It’s no wonder that color TV was such an exclusive viewing experience.

Kitchen appliances are still expensive today, but back when they first came out they were prohibitively so. Back in 1920 when the first refrigerators came out they were priced at around $1,000 per unit. In today’s cash that would be about $13,293. This was an incredible splurge that only the wealthiest could afford. 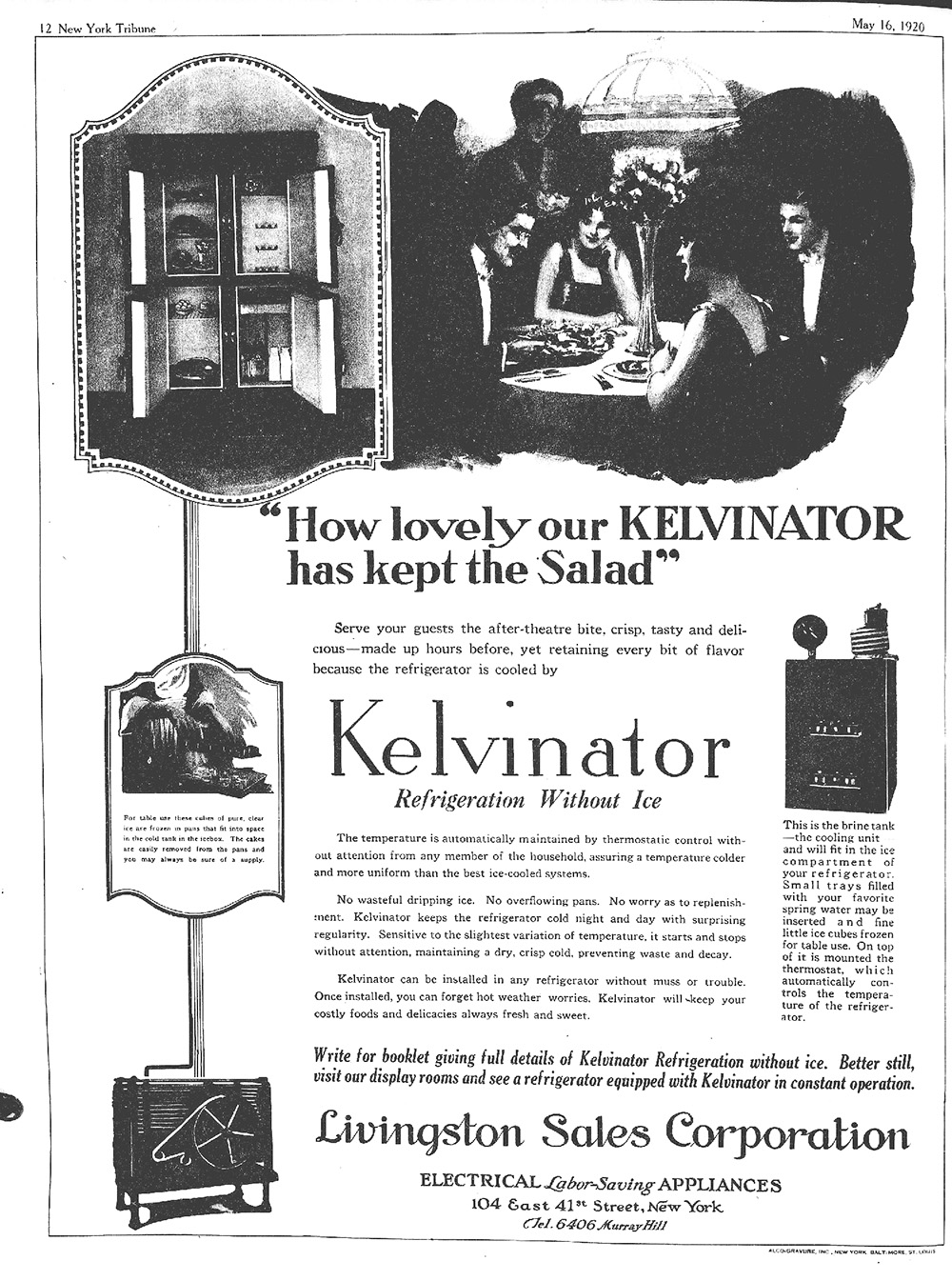 By the end of the 1930s more families were buying these now-standard appliances. And, the cost had plummeted to only $329 in 1952 for a Coldpoint fridge. That’s $3,185 in today’s money, but still a drastic improvement on the previous prices. 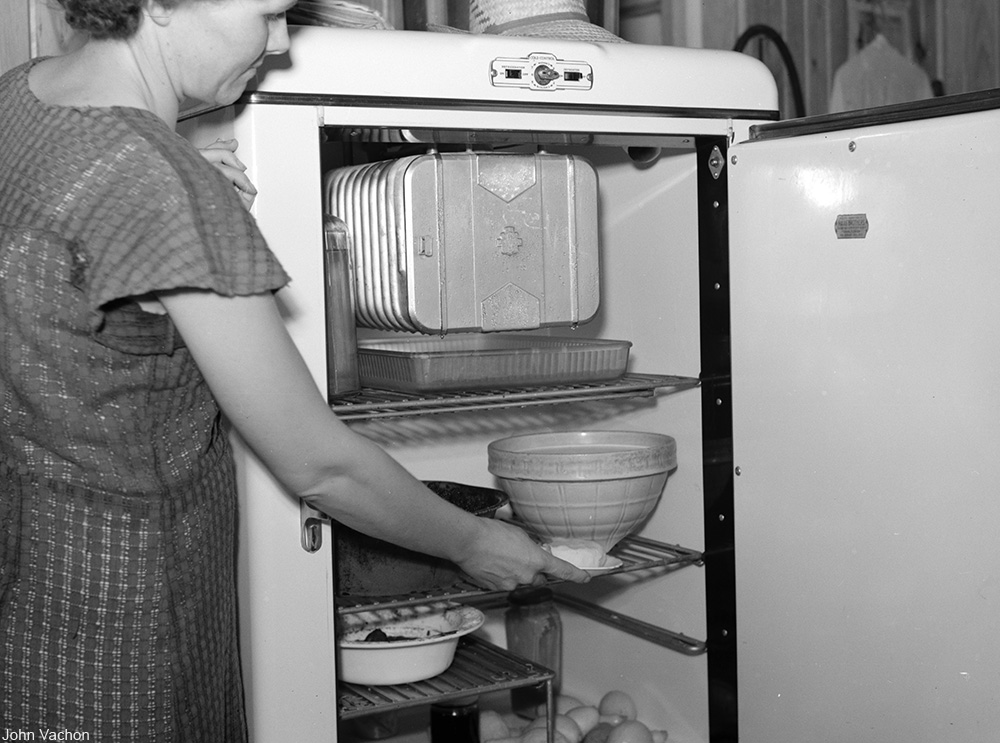 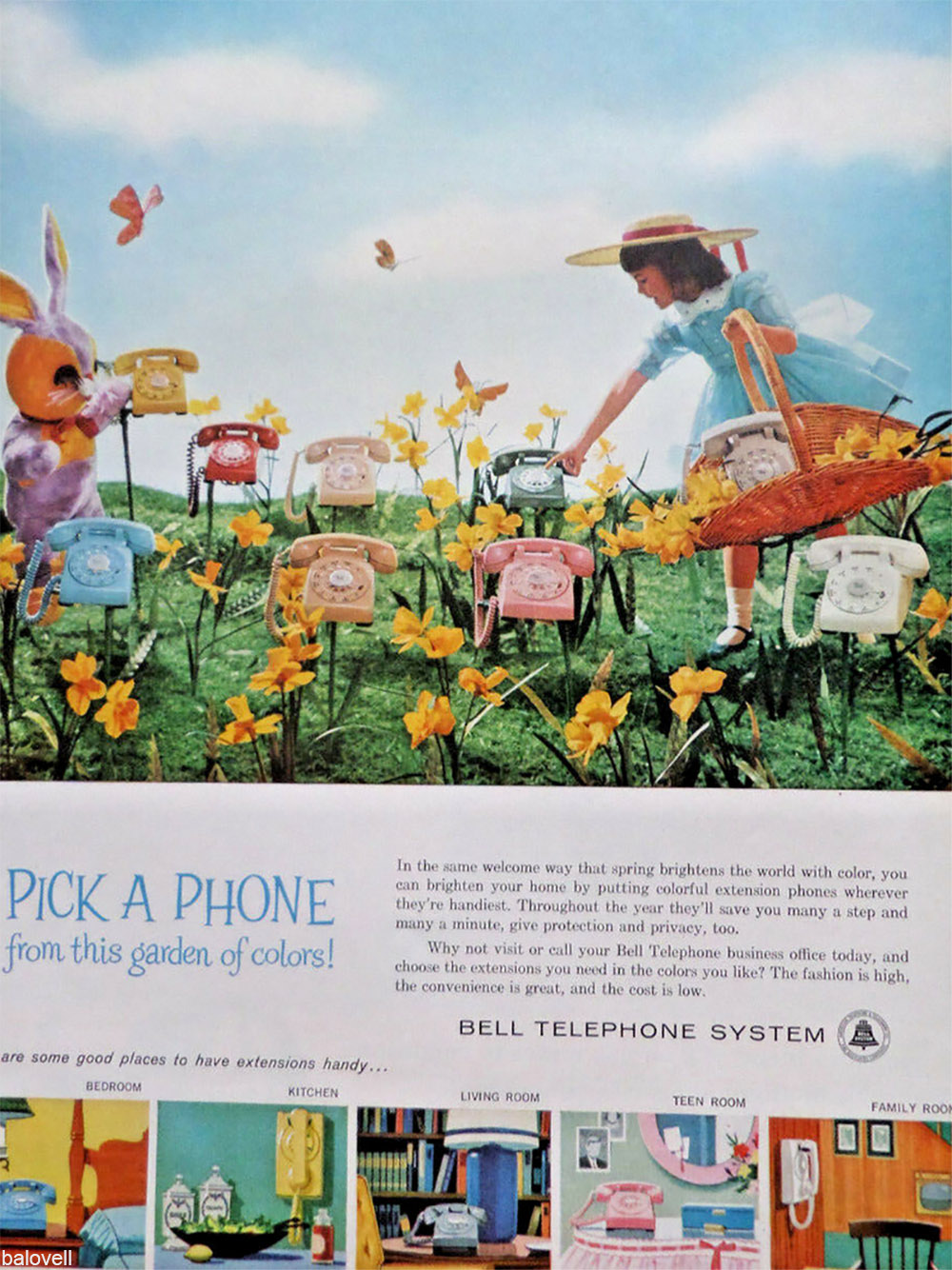 If you think phones are excessively expensive today then remember that in the old days buying your own phone was not on the table until 1983 when the Ma Bell monopoly was broken up and AT & T legally had to give their customers the chance to buy their phones at anywhere from $20-$55 ($52-$144 today). This was after customers had already spent years paying a monthly lease rate on them!