Worst E. coli outbreak in the U.S. in more than a decade 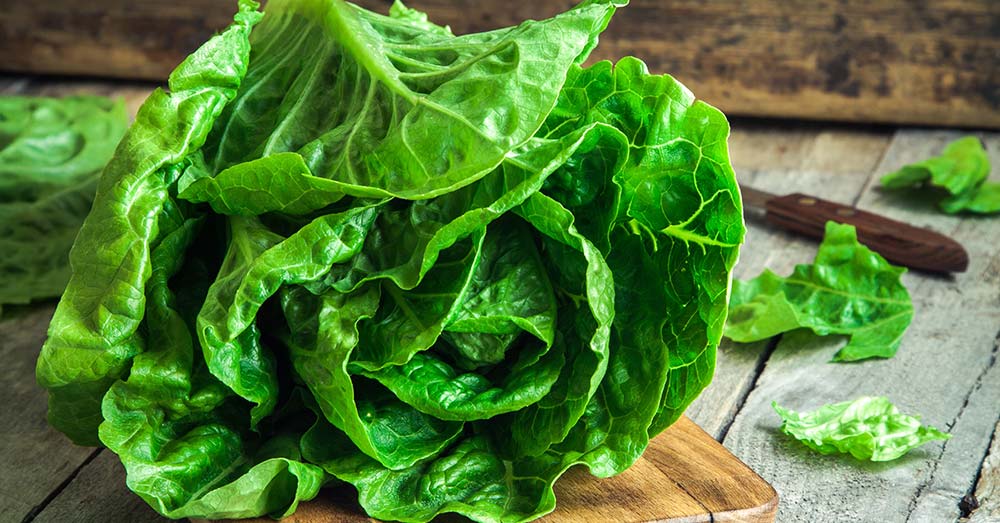 The latest report pushes the total number infected by the recent E. Coli outbreak to 197 sick, including five dead, across 35 states. Released by the Centers for Disease Control and Prevention (CDC), the numbers also reveal that 89 of the infected had to be hospitalized. Among the hospitalized victims, the CDC counted 26 who developed a severe type of kidney failure known as hemolytic uremic syndrome.

After the initial outbreak, the U.S. Food and Drug Administration (FDA) quickly linked the infections to romaine lettuce grown in the Yuma region of Arizona, a major source of the lettuce during winter months. This finding prompted a nationwide recall of romaine in an attempt to curb the outbreak.

From the 12 Tomatoes recall alert:

“While many strains of E coli are not harmful, this strain, E. coli O157:H7 has the potential to be deadly. Causing dehydration, (severe) abdominal cramps, and/or (bloody) diarrhea, this potentially life-threatening strain produces the toxin, Shiga, that “destroys red blood cells and causes kidney failure.” While it can be severe for anyone, E coli is particularly severe for very young people, the elderly, and pregnant women.”

In an accompanying announcement, the FDA revealed the investigation continues as the source of the contamination remains unknown. Fortunately, harvest ended in Yuma on April 16th. Given the 21-day shelf life for romaine, this means the last of the contaminated lettuce should be gone from the food supply chain.

While reassuring for consumers, the development further complicates the FDA’s efforts to identify the cause. Without a shared farm or distributor among the cases, environmental factors may have played a role. A draft traceback diagram from the agency accentuated the point, depicting a fragmented supply chain: 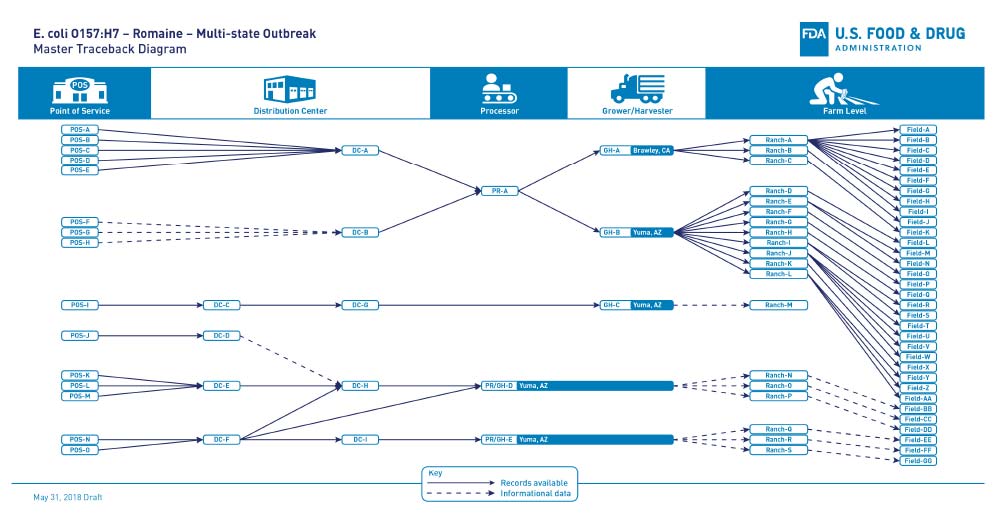 In an update to the ongoing investigations, the FDA wrote “there isn’t a simple or obvious explanation for how this outbreak occurred within the supply chain.”

The immediate risk appears to have passed, although the CDC report also warned the number of reported cases could continue to climb. It can take as long as three weeks after symptoms emerge for reports to make it to the CDC. Additionally, some cases suggest people were infected not from eating the lettuce but from contact with another person who had. 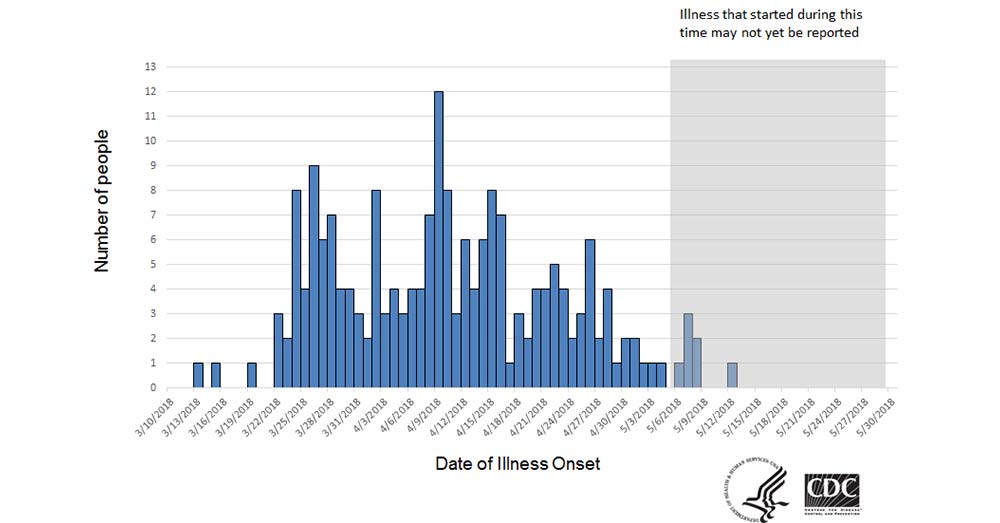 So while the last of the contaminated romaine lettuce is thought to be gone, everyone should still remain vigilant for symptoms. You can read the full CDC report here and the FDA investigation update here.