Severe Drought Has Revealed An Ancient Palace in Iraq

Iraq is not known as the most humid of countries, but recently a severe drought in the region has revealed the remnants of an ancient palace. The discovery is being jointly studied by researchers at University of Tübingen (Germany) and Iraq’s own University of Duhok. The palace area is known as Kemune and is suspected to have been built around 1500 BCE. It was first discovered during a previous drought in 2010, but this time archaeologists were at the ready to examine the ancient palace more closely before the waters rose back up and concealed the structure again. 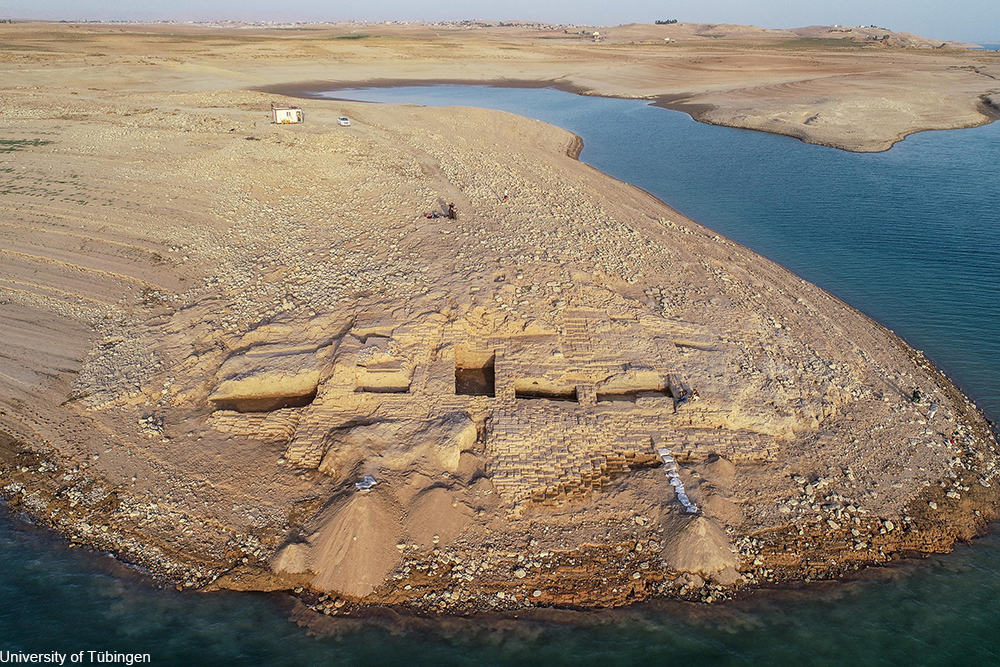 Found in the Kurdistan region of Northern Iraq, the first modern sighting of the Bronze Age palace at the edge of the Tigris River was when water began to recede dramatically. However not much was known about the mysterious structure. Since then, excavation while the site is dry has revealed 10 cuneiform tablets which describe information on the culture and economics of the Mittani Empire, the rulers of the area at the time the palace was constructed.

According to preliminary translations of the tablets, the palace might be the same the city mentioned as Zakhiku. The Mittani Empire was the ruling faction from 1500-1300 BC, which explains the palace had been disregarded so many centuries ago. 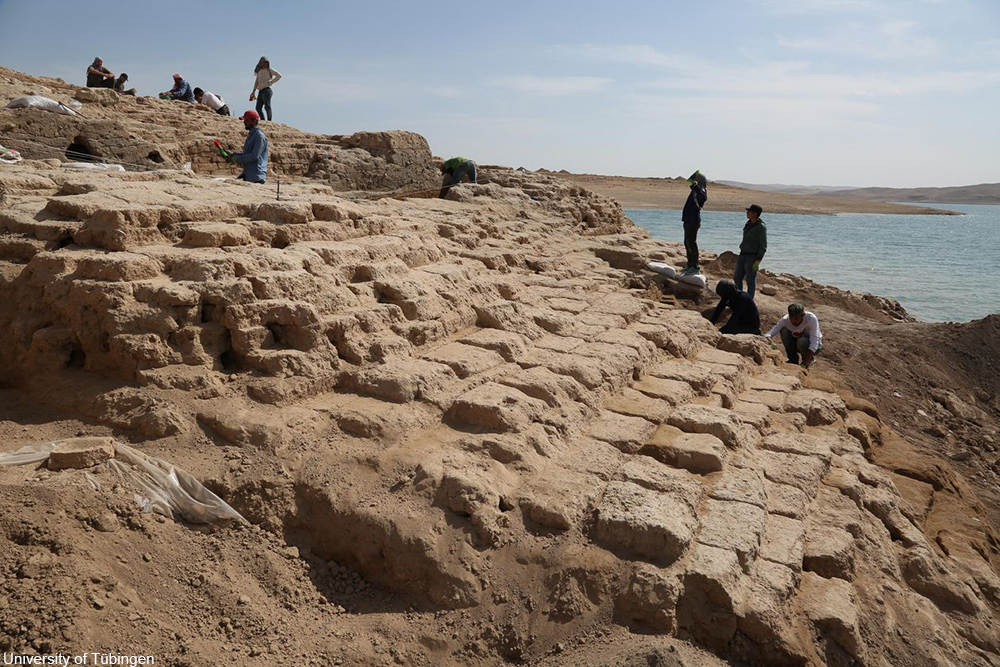 When it was built the palace of Kemune would have towered over the landscape and the waters of the Tigris River, while inside walls up to 6 feet thick would have been plastered and painted with bright murals showing the wealth and style of the ruling class. Painted murals from the Bronze Age rarely survive and so this find is an extraordinary one within the world of archaeology, a “sensation” according one of the lead archaeologists, Dr. Ivana Puljiz.

Other innovations inside the palace are fired brick flooring and an expansive brick terrace. The entire area was flooded in the 1980s to make way for construction of the Masul Dam and 2010 was the first glimpse of the intense red and blue murals within. However, the team was not able to excavate until 2018 and 2019 when drought once again exposed the remnants of the palace. 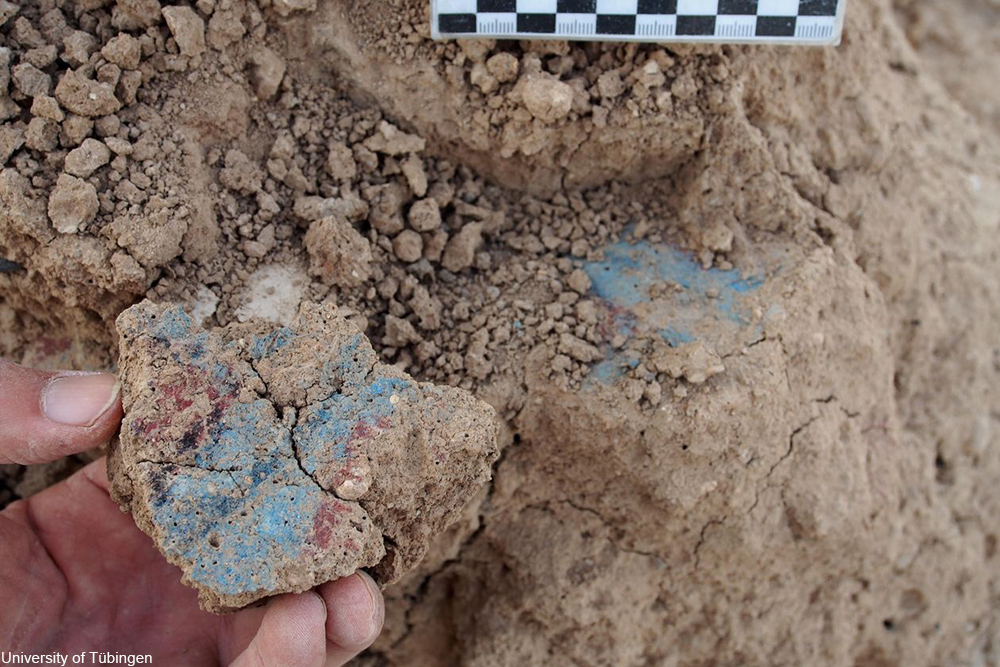 The Mittani Empire is one of the most mysterious for the region and the era. The short-lived nature of the establishment combined with a lack of archaeological sites has led to dearth of knowledge on the matter. For instance researchers still don’t conclusively know where the capital of this empire was located.

The rest of the tablets have yet to be translated, but fortunately for the field team, the water didn’t rise again until shortly after their dig had concluded. 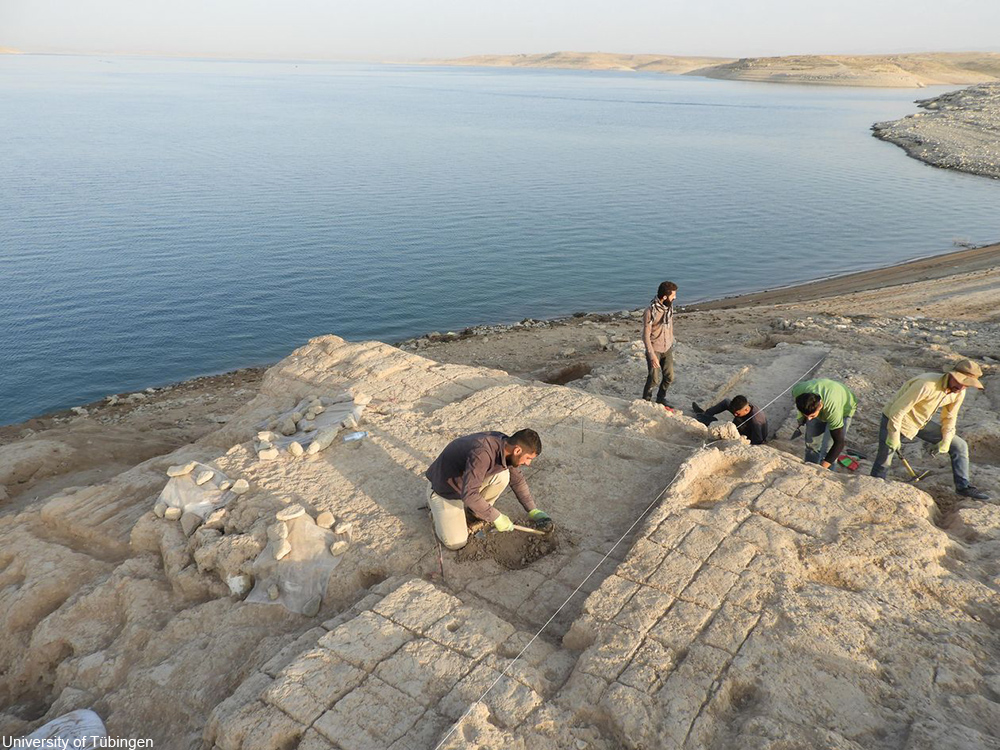 You can get a better feel for the layout and condition of this ancient palace in the video below.