The Grünen Gewölbe (or “Green Vault”) in Dresden, Germany, houses an incredible number and quality of precious objects, from gilt wine decanters to fine china sets to stunningly large jewelry sets of diamonds and emeralds. The institution is part of the Staatliche Kunstsammlungen Dresden, a world class series of Dresden museums. The Green Vault was established in the 1500s as a private vault attached to the royal residence of Duke Moritz, prince-elector of Saxony. The vault was expanded in the 1700s, and the expensive objects inside were allowed to be viewed by the public. Now, a collection of diamond and gemstone jewelry thought to be priceless has been stolen from the museum. 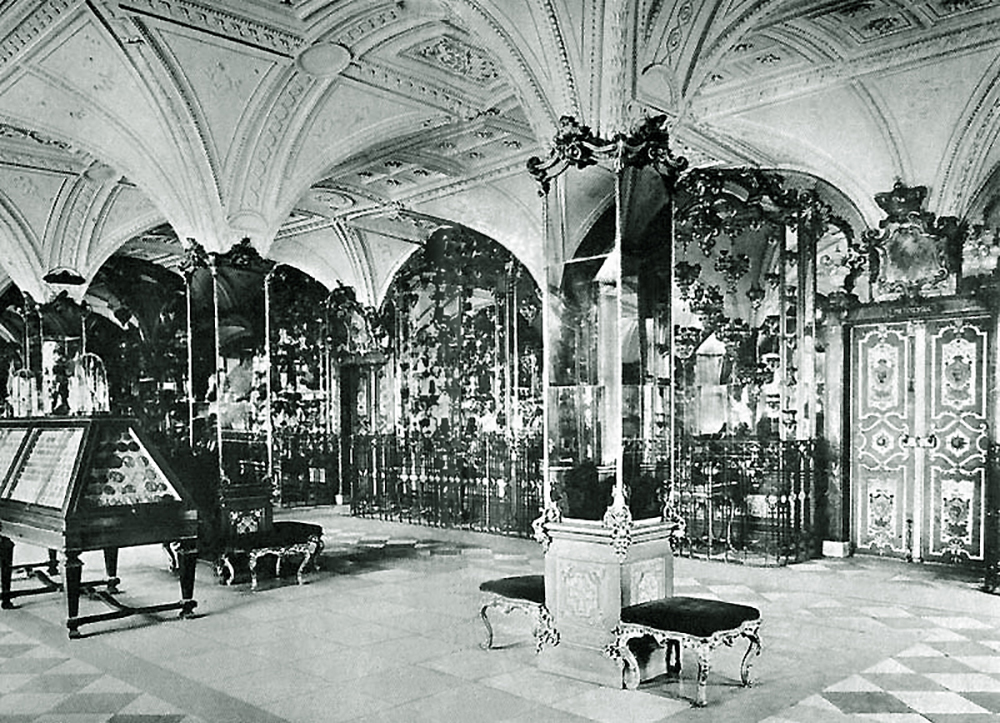 The Pretiosensaal section of the Green Vault in 1904. Via/ Wiki Commons

On Monday, November 25th, 2019, more than 100 pieces of jewelry were taken from the site. Video footage of the robbery in the early hours doesn’t shed light on the identity of the two figures, but does show them smashing the display cases in order to retrieve the jewelry.

A nearby fire at an electrical junction box is believed to have disabled the alarm systems for the Green Vault and may have been started intentionally by the thieves. The fire also caused some nearby streetlights to be without power. The burglars entered the Pretiosensaal, which houses many objects of great value in glass cases. 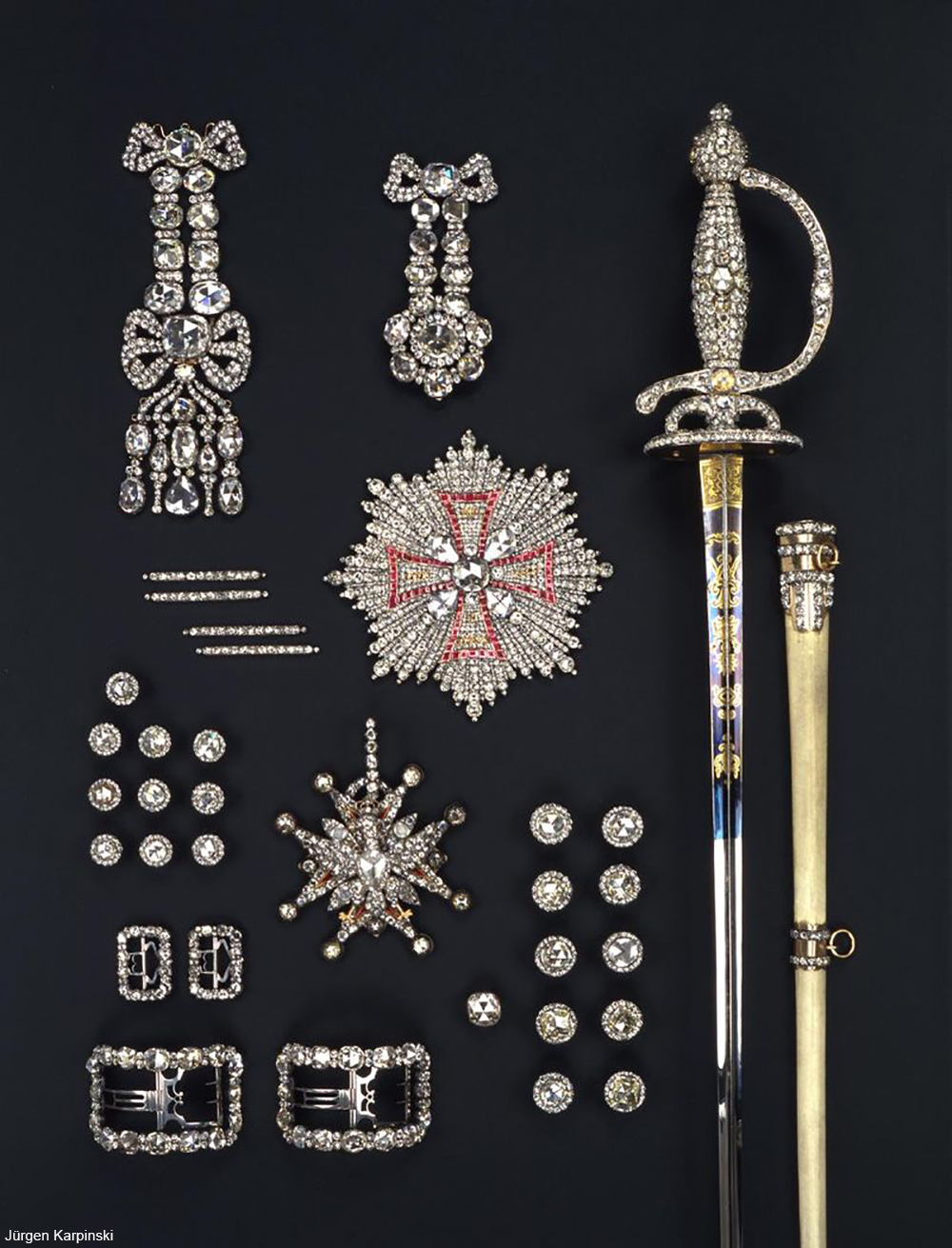 Items of the Polish White Eagle Order that were stolen in the heist. Via/ Staatliche Kunstsammlungen Dresden

Among the stolen items are three sets of diamond jewelry, each containing a whopping 37 parts. The fear is that the thieves will most likely split up the sets, destroying centuries of history in doing so. Marion Ackermann, spokesperson for the museum, said that the jewels are too well known to sell on the black market.

Experts say the only way to sell them will be to break them down and remove the gems and then sell those individually, thus obliterating the history of the pieces. 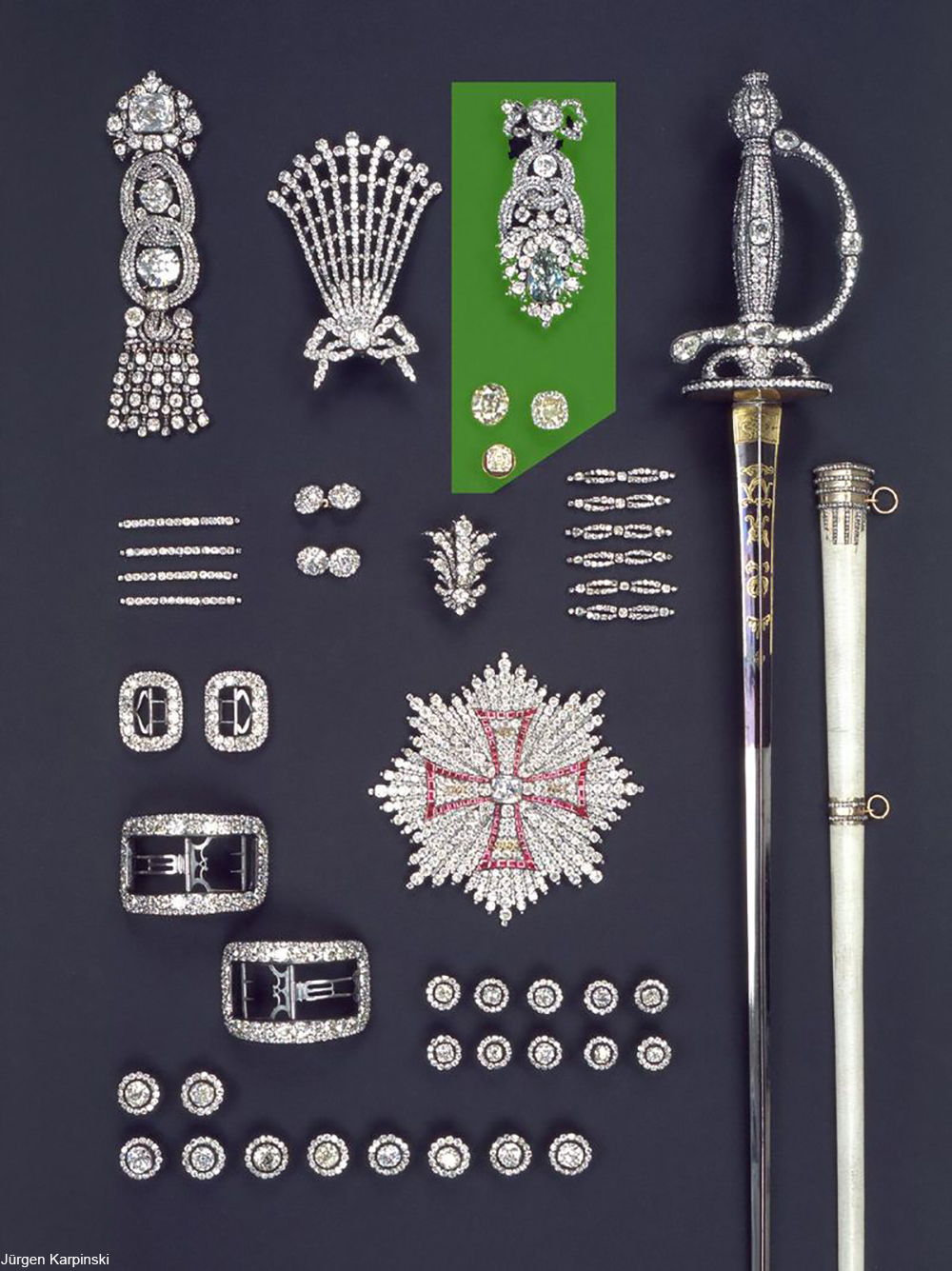 One estimate from German newspaper, Bild, puts the stolen pieces at a value of €1B, however their cultural value cannot be underestimated.

Emerald, ruby, and sapphire pieces were also among the heisted lot, although Ackermann said there might be other pieces discovered missing as the situation becomes clearer.

According to the Washington Post, this heist is the biggest theft of German cultural artifacts since World war II. 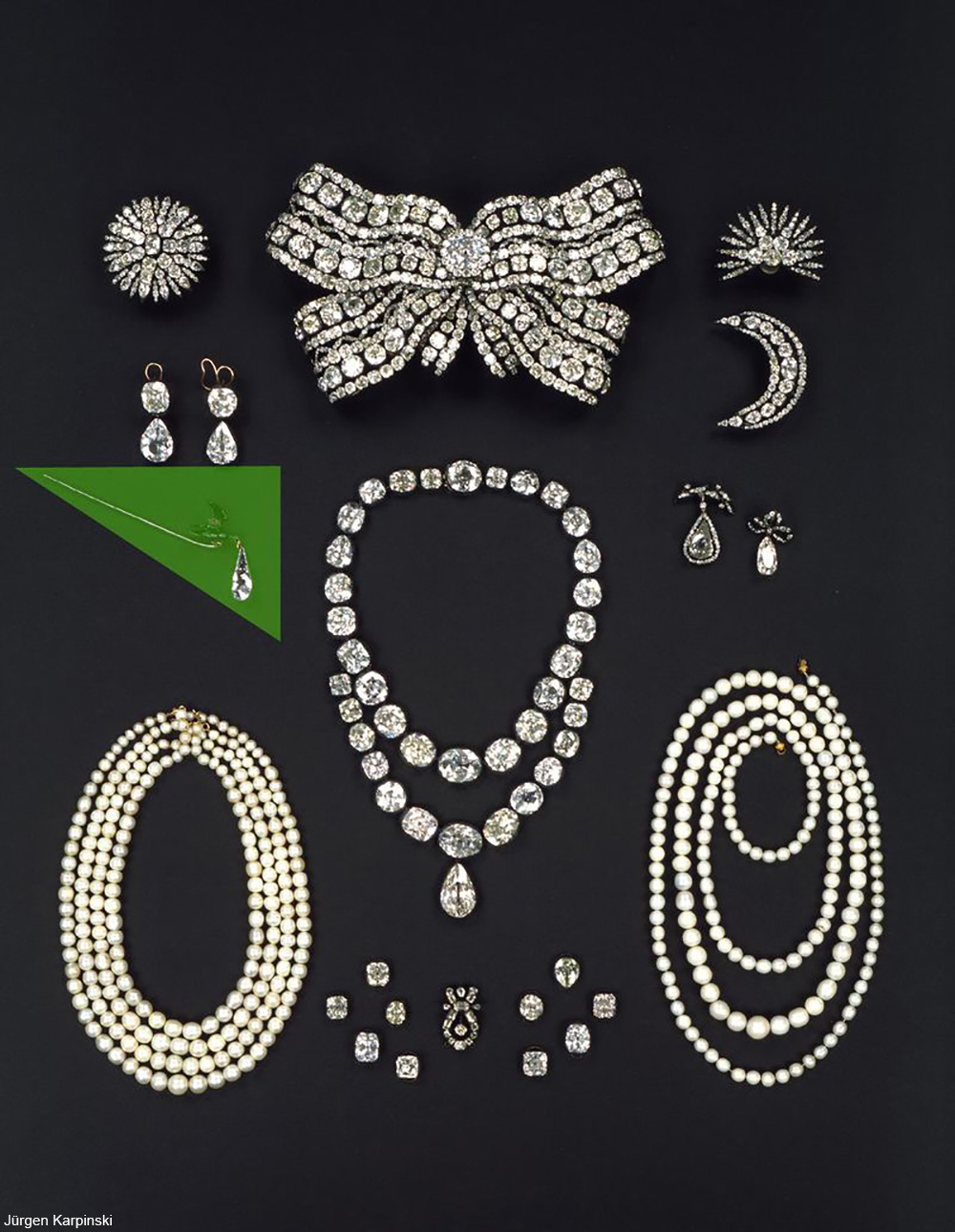 A manhunt ensued after museum guards called police, but so far no suspects have been arrested. A car that was later found set ablaze is now suspected by police to have been the getaway car used to transport the criminals from the Green Vault. The museum is now temporarily closed.

Have a look at news coverage and CCTV footage of the heist in the video below.