These 8 Disturbing Things Were Once Fairly Common Even in the 20th Century!

The stories we’ve heard from centuries past about the horrors of the black plague and of the poor in Victorian England often seem like distant realities. But, even into the 20th century some very antiquated practices remained very real. Here are 8 things so backwards anyone would think they were from the 19th century! 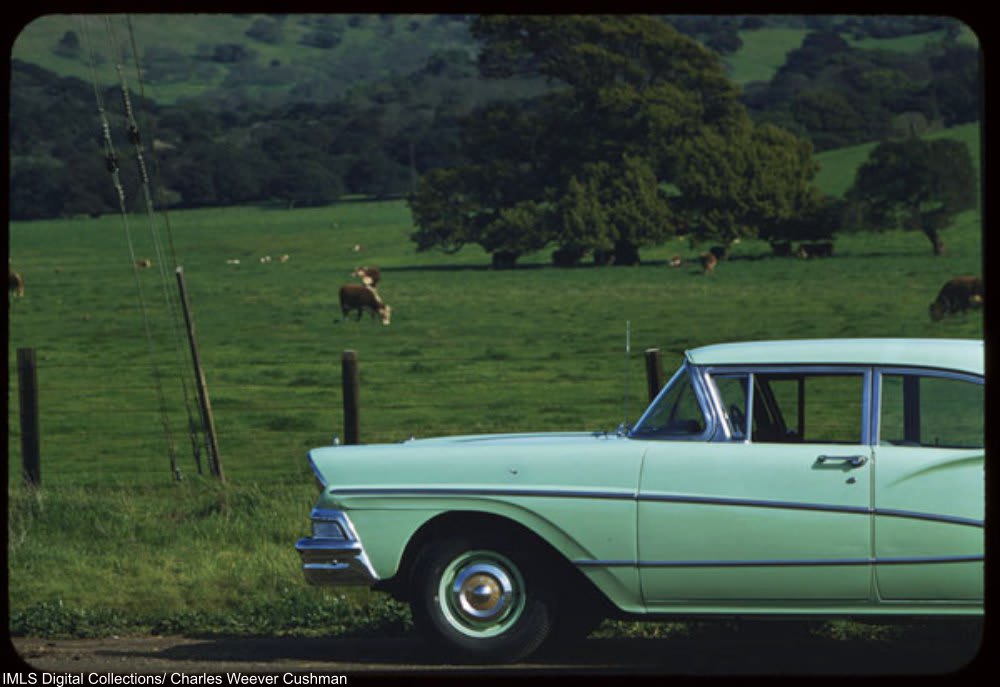 In the days of opium dens and unregulated alcohol consumption, many tonics and medicinal syrups were sold to consumers with no regulation at all. Little thought was given to using morphine, heroin, and/or cannabis in “soothing syrups” for children. Labeling laws in the U.S. did not require the listing of ingredients on medicine bottles until 1906 and some parents were completely unaware of the drugs they were giving their children. 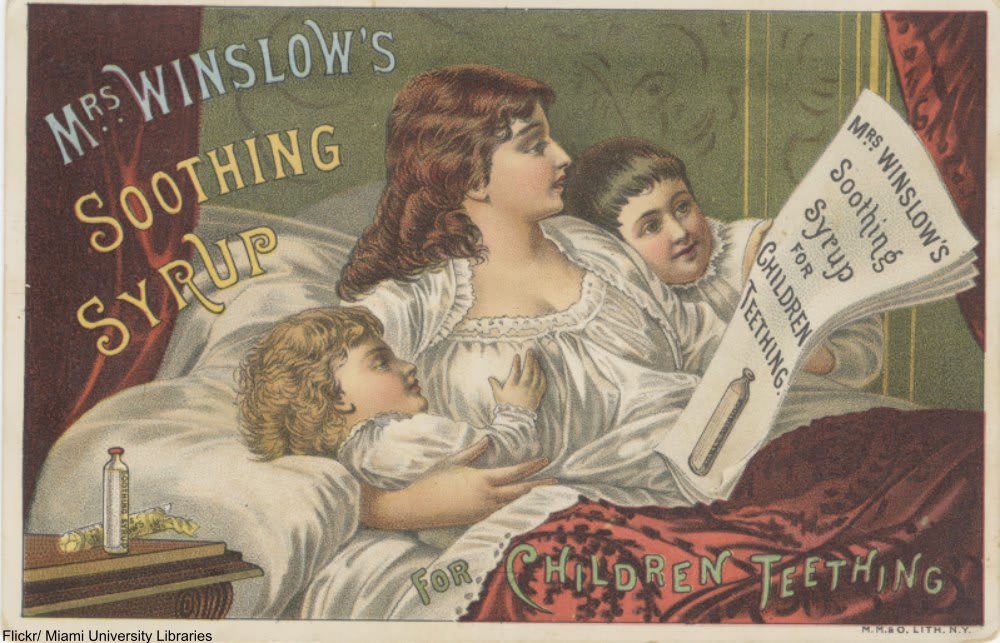 Even after that, opioid products were not banned from over the counter medicines in the U.S. until 1924! Once it was discovered that some children given these drops for colic or teething symptoms never woke up, the tonics were nicknamed “baby killers.”

It turns out that the beautiful Old Hollywood actress Frances Farmer never actually had a lobotomy, but plenty of people in the first half of the 20th century did. The procedure, performed by sticking a long instrument into the frontal lobe of the brain via the eye socket, was considered groundbreaking and was prescribed for all manner of mental illnesses from schizophrenia to depression to OCD. 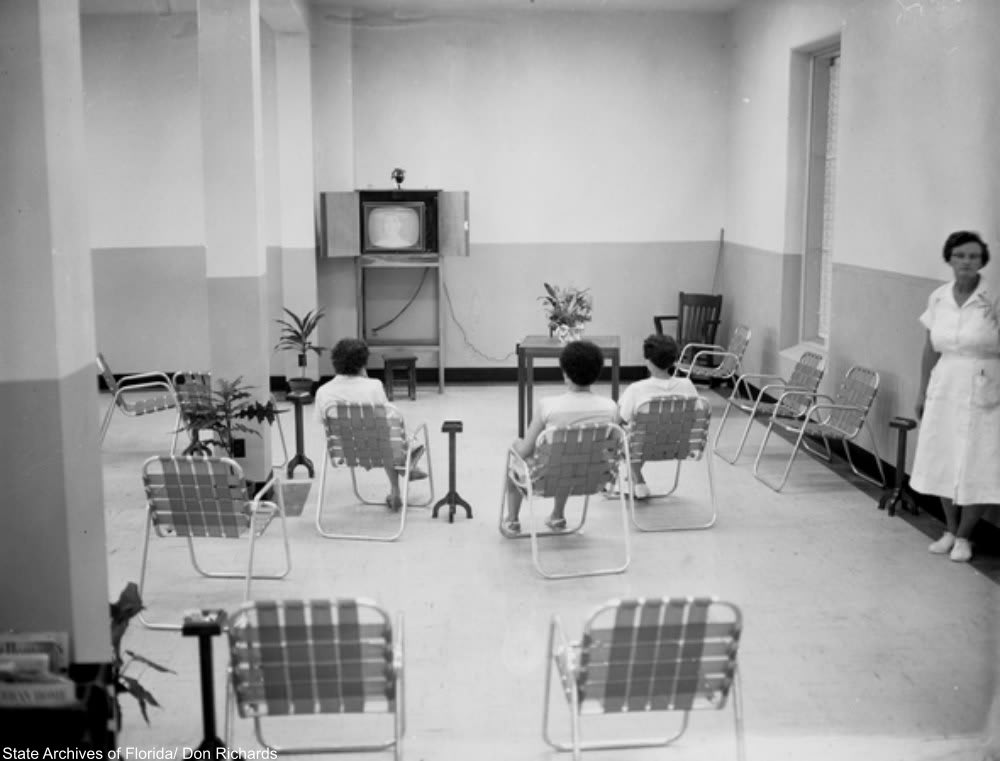 From the 1930s into the 1960s, lobotomies (or leucotomies as they were also called) were performed regularly in mental hospitals, leaving some patients far less functional than when they came in. The inventor of the procedure, Egas Moniz, was awarded the Nobel Peace Prize in medicine in 1949, but the procedure fell out of favor after more effective and less risky pscychiatric drugs were released in the 1950s.

Used in wafer and in powder form until the 1920s, arsenic had long been thought to brighten the complexion. Into the 20th century, this poisonous substance was also used to treat a variety of ailments from constipation to gout to hay fever and even depression. 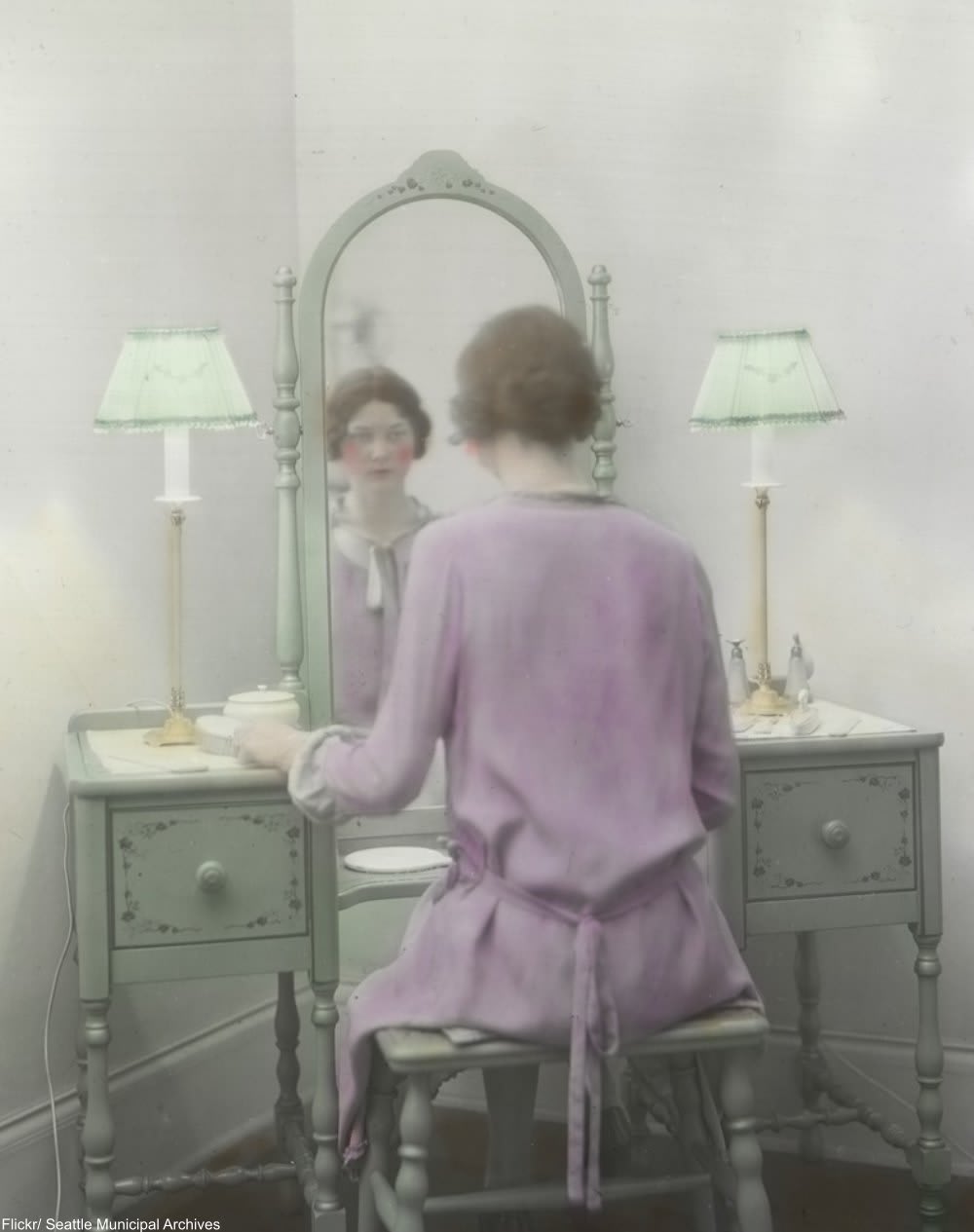 Even after many scientists of the era publicized the harmful effects, arsenic was still sold as an internal beauty aid. Used in small amounts over a long period, arsenic doesn’t always kill, but wreaks havoc on one’s looks, causing tooth decay and hair loss.

Known as a “Mississippi appendectomy” many people who were deemed unfit for reproduction by the state or by doctors were sterilized under coercion or even without their consent. This federally-funded program of sterilization was in place in the U.S. from 1929 onwards, with some states continuing the procedures into the 1970s. 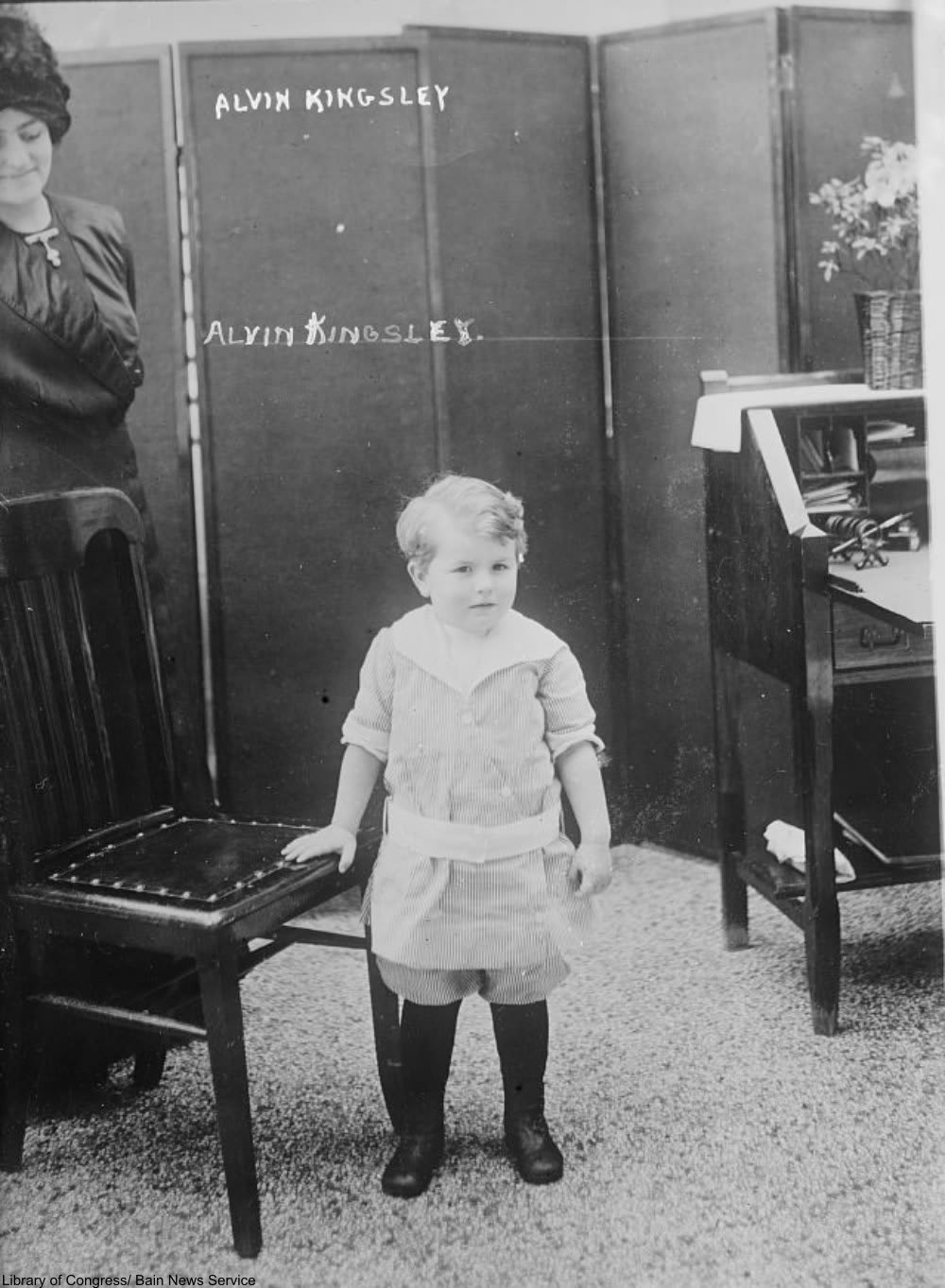 Winner of a “Better Babies” contest in the 1910s. Such contests were a part of the publicity which surrounded eugenics in the U.S. and which led to acceptance of the practice within government. Via/ Library of Congress

Those targeted were people of color, immigrants, convicts, and those with mental health issues. This little known part of U.S. history is a sad reminder that eugenics was once a very popular new science in the early 20th century. Along with Temperance, eugenics was widely seen as a way to erase all crime, poverty, and mental illness from society.

4) Radioactive Creams and Powders for Beauty

Between 1920 and 1950 radioactive elements were thought to have a healing effect on the body. Creams, powders, and ointments were sold containing radium and advertised as youth preservers and skin brighteners. While the effects of radium exposure are now understood to cause cancers, back then there was less data on the subject. After World War II and the use atomic bombs in Japan, people still thought nothing of watching atomic bomb tests in the desert of Nevada! 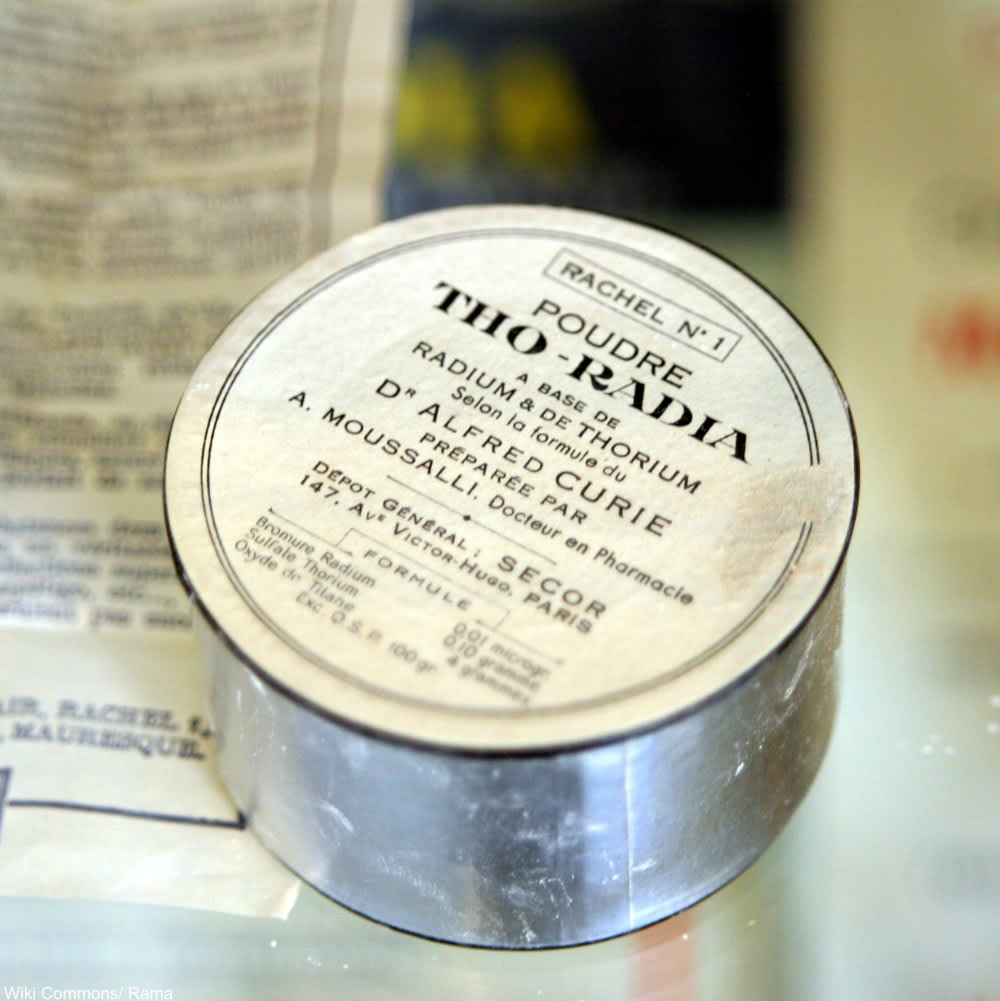 Creams with radium gradually fell out of use, and one saving grace of these beauty products was that they often had no radium in them at all, as radium was just a trendy marketing scheme for some companies.

Far beyond helping out on the family farm or delivering papers, children were once seen not only as viable breadwinners, but were also specifically employed for their small hands and energetic dispositions. Early 20th century reformers even noted that some children went to work with their mothers beginning in infancy, learning the family trade at age 3 or so. 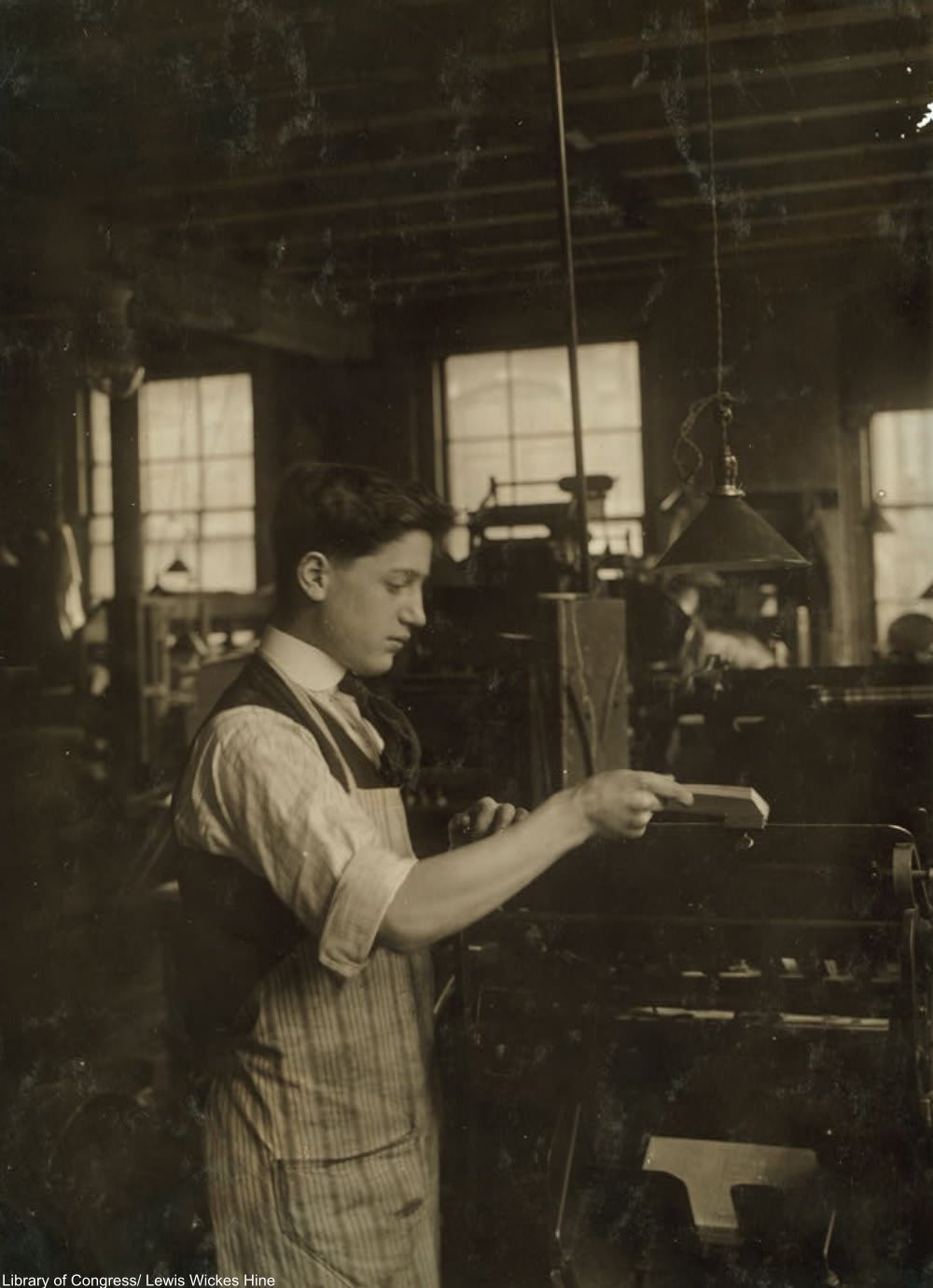 Young press operator in a factory, 1917. Via/ Library of Congress

It wasn’t until the Fair Labor Standards Act of 1938, singed by president Franklin D. Roosevelt, that oppressive child labor practices were outlawed and a minimum wage was enacted.

Meat (and other other foods) were routinely mislabeled because the FDA hadn’t been invented yet. Books like Upton Sinclair’s The Jungle shocked the nation with descriptions of poorly animals slaughtered in unsanitary conditions while workers slaved just to make ends meet. 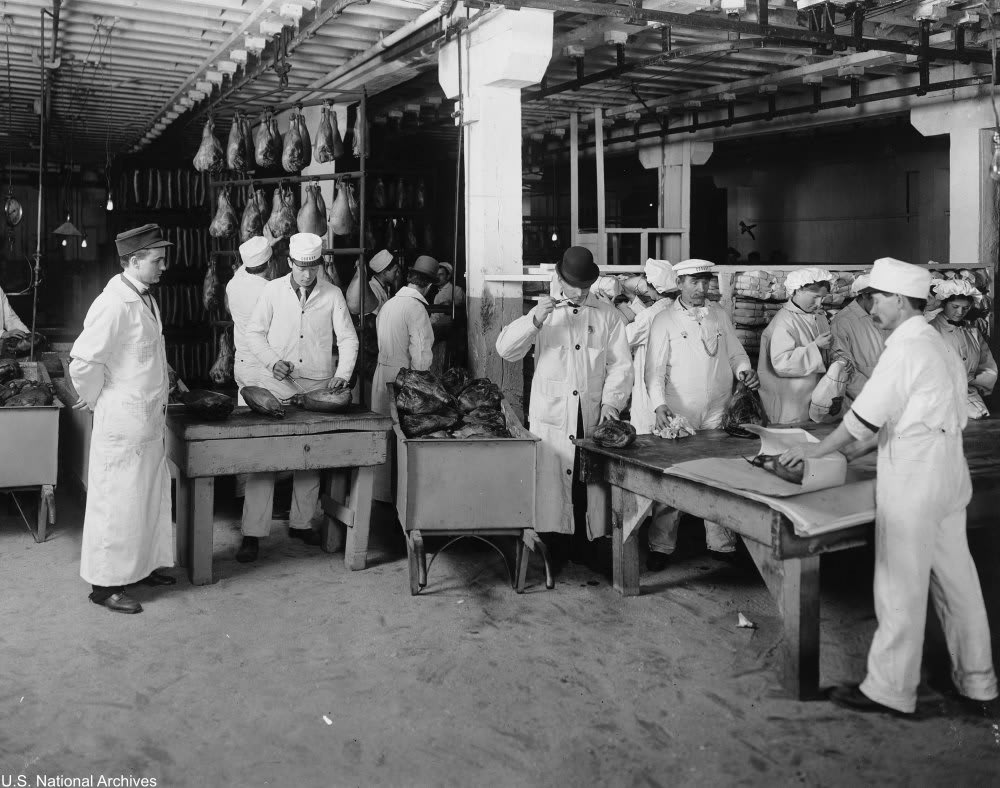 The passage of the Food and Drug Act and the Meat Inspection Act in 1906 and subsequent laws on food labeling and production ensured that mystery meats and contaminated foods were becoming a thing of the past.

Native American children were allegedly sold by Catholic orphanages as cheap labor (and other horrific roles) into the 1970s. One letter notes that the head priest of a mission school in South Dakota would not even be checking the references of the “adoptive” parents, but thanking them for the donation they had sent for which he would send a child of their choosing. 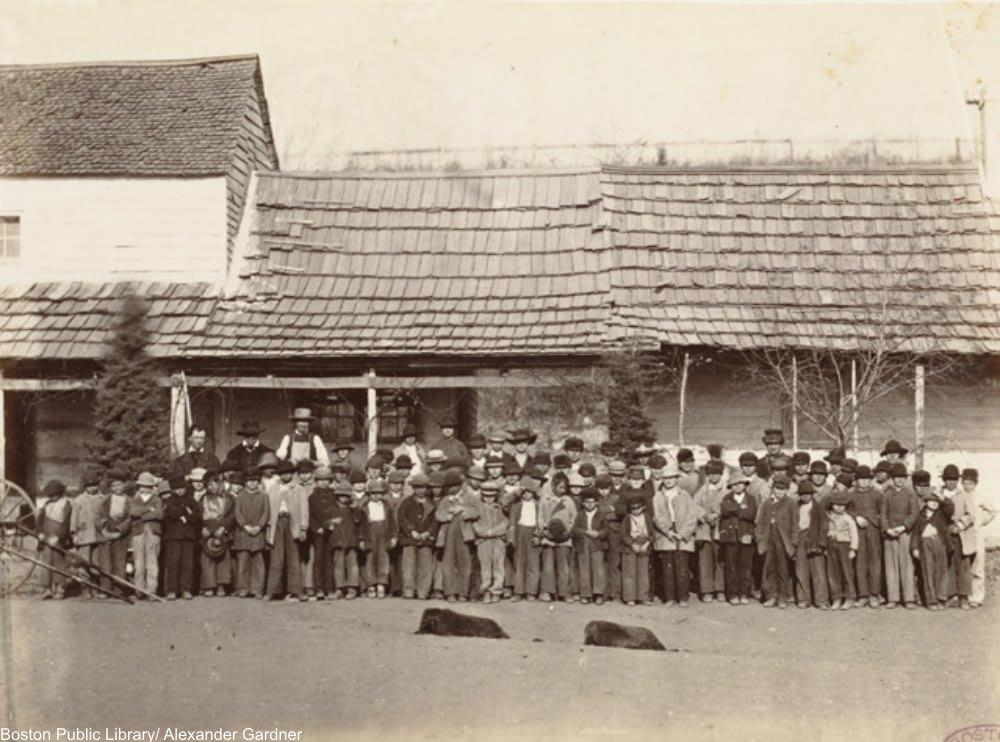 a Kansas Indian school in the 1800s. Via/ Flickr

At Tekakwitha Indian Mission in South Dakota, Native American children were stripped of the given names, sometimes abused, and then “lent,” sold, or given to unvetted families. Court cases involving former orphans and boarding school students have often resulted in dismissal or unfavorable rulings due to expired statute of limitations, age restrictions on claimants, and legal disassociation of individual priests and nuns in the employ of the church. However, class action cases in other states have yielded some justice for survivors of the abusive mission school systems once common in most reservation areas.