Ready Or Not, You Can Now Get Dessert Hot Pockets

Typically, Hot Pockets are filled with savory ingredients with popular flavors including Pepperoni Pizza and Ham & Cheese. The new sweet treats include flavors like Cinnamon Roll and Apple Cinnamon. 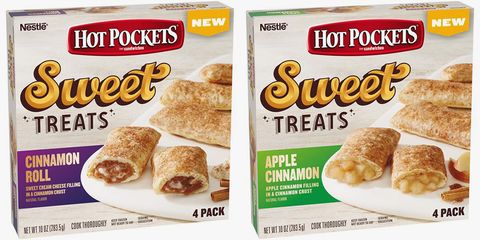 The Hot Pockets Sweet Treats make for a delicious dessert that only requires a minute in the microwave. Just like the savory Hot Pockets, you’re going to want to wait before biting into them since the filling will be scorching hot.

They are currently available at all Hy-Vee grocery stores, but we hope to see them at other chains in the near future. We know these fall favorites will make a great addition to our late-night snacking lineup.