He Knocked Down a Wall But Never Expected to Find This!

Imagine that behind the walls of your house there were secret passageways leading to ancient rooms. This is exactly what happened in 1963 when a man in Turkey found a false wall in his home while doing some renovations. When the wall came down what he found were tunnels leading to a secret ancient city! 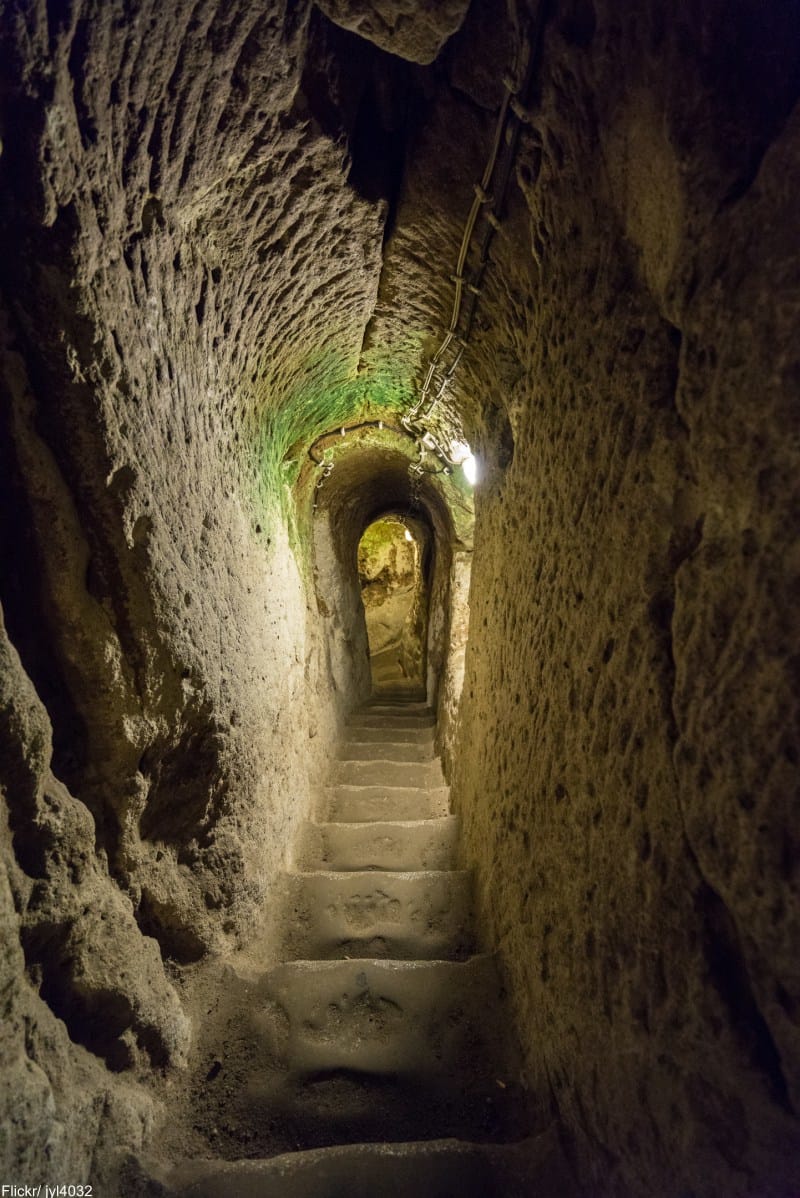 The City as Deep as a Tall Building

The underground city that was revealed lies underneath modern day Derinkuyu and is estimated to have had a capacity for up to 20,000 people. The city features elaborate tunnels, rooms, mills, and fresh water delivery systems – very impressive for such an old and secluded space!

A whopping 18 stories deep, this hidden metropolis had rooms for schools, a chapel for worship, and even stables. 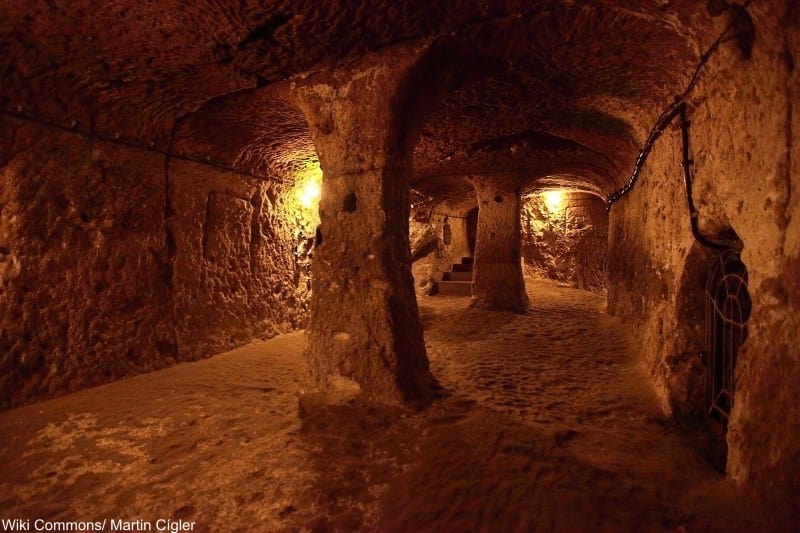 Huge rolling stone doors offer a chilling glimpse into the fact that the people who lived in the underground Derinkuyu city were in hiding. These doors only operate from the inside in case of attack and can weigh up to 1,000 pounds. 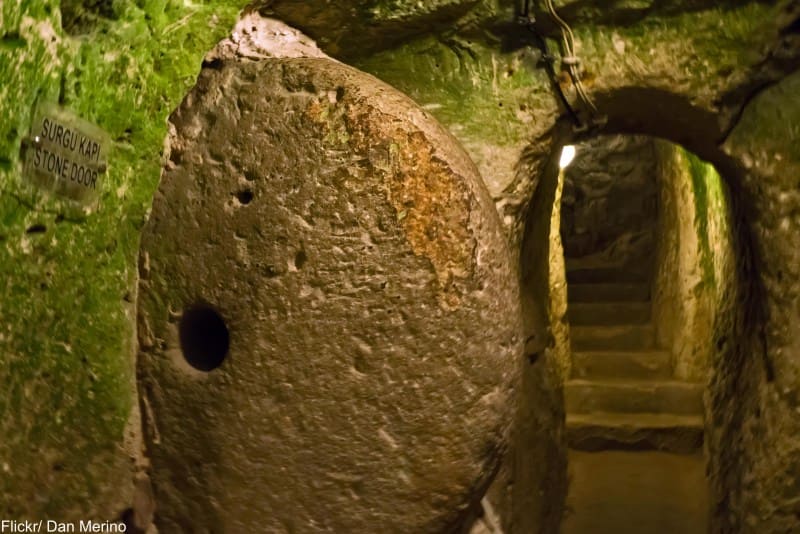 The tunnels and rooms were carved around existing caves from the troglodyte rock known as “tuff” that is common in the area.

There are around 600 hidden access points from the surface, which meant that potential occupants of the underground city could quickly move underground in case of invading armies, an incredibly efficient escape plan in an area which straddled the empires (and armies) of the East and West.

Who Built The City?

It is unknown when construction on the tunnels and rooms may have begun since there is currently no consensus on who exactly occupied the underground dwellings or when. It is likely that they were used at various times by various groups over the centuries. 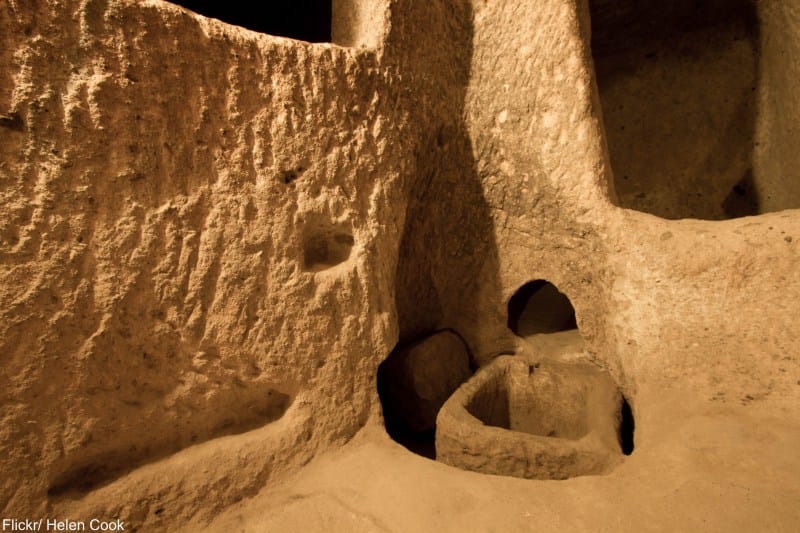 Early Christians would have been in hiding from the Roman persecution beginning in the 4th century A.D.

The Phrygians were remarkable architects and would have been at odds with the Persians and other groups in the region. Some estimates place possible construction of the tunnels by the Phrygians as early as the 10th century B.C. 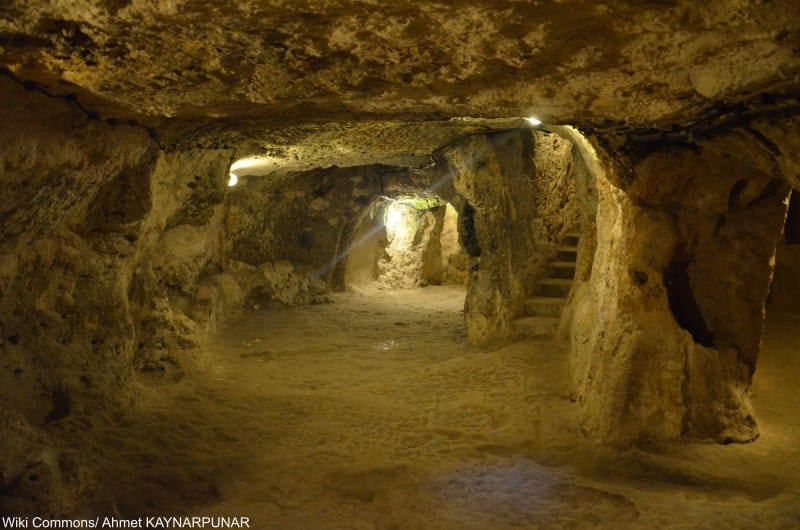 Other theories alternately place the Hittites at the origin of the cave dwellings. This Anatolian group was at times facing the armies of Egypt and Assyria from as early as the 15th century B.C. 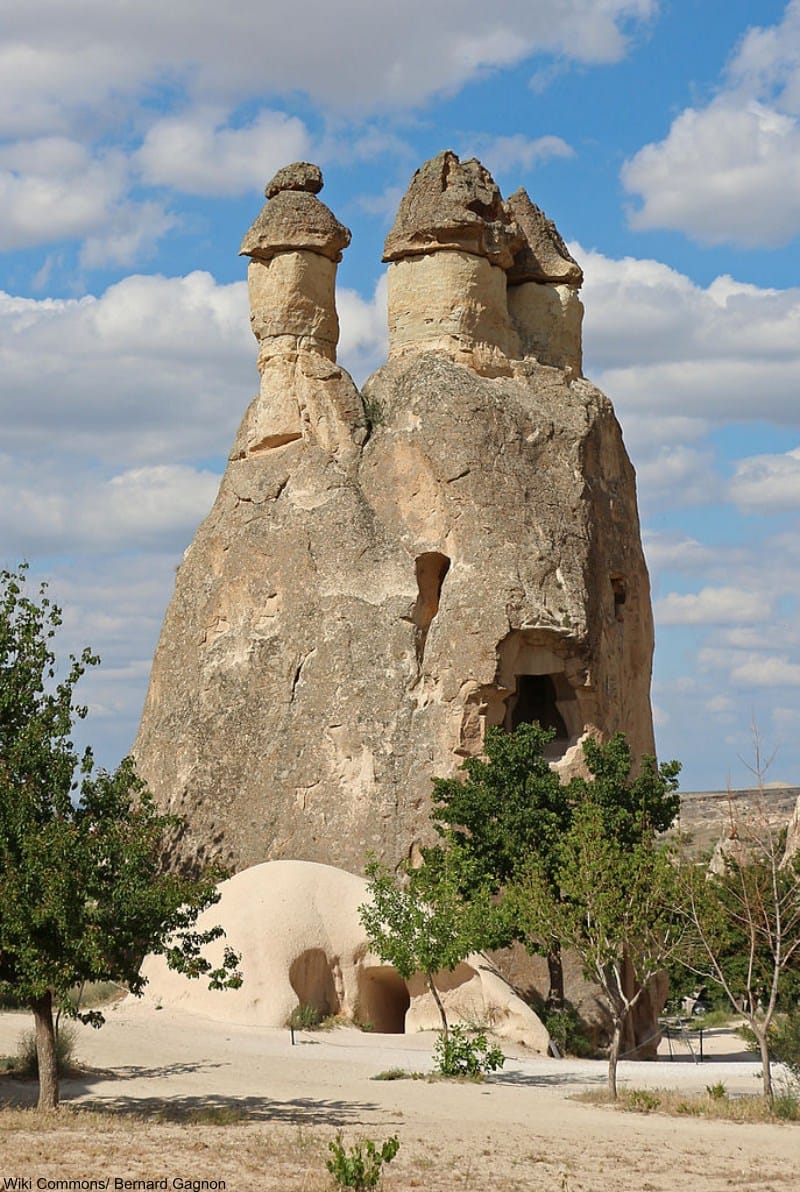 The Cappadocia region is known for unusual rock formations and caves caused by volcanic rock. Via/ Wiki Commons

Interestingly, the entire Cappadocia region of Turkey is rife with underground cities and cave dwellings. Another underground city was discovered in a nearby area just a few years ago when construction on a suburban housing development revealed previously undiscovered passageways.