The UFO Drawings Kept Secret by the British Government for Decades

Published by Four Corners Books, a new tome features a collection of de-classified images of UFOs from the British government. These images were once guarded from public eye but have now been made available through the National Archives UK. Not unlike Project Blue Book here in the U.S., this program catalogued thousands of entries on UFOs. 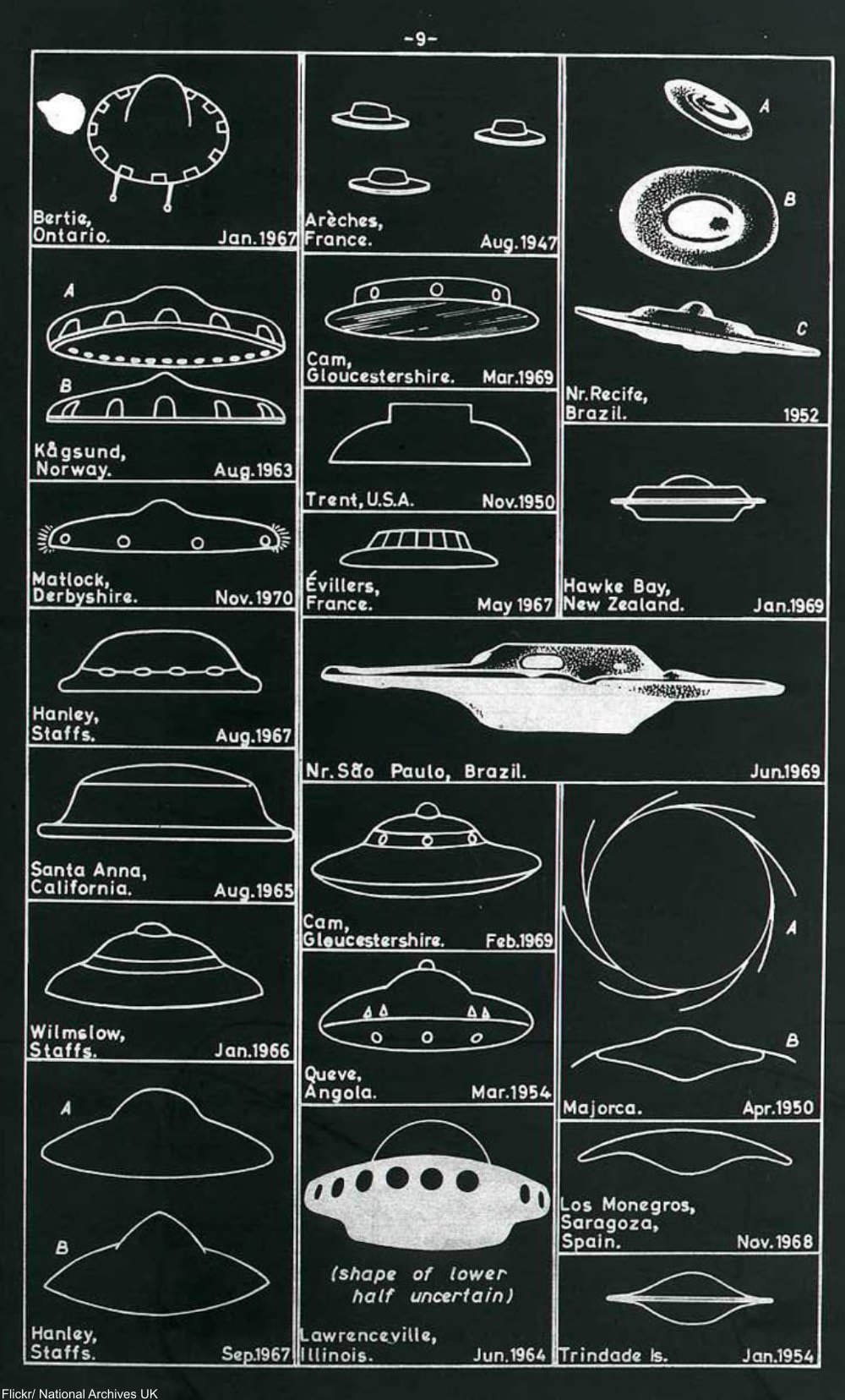 Chart of supposed UFO sightings across the globe created in 1969. Via/ Flickr

There is a catch though: these drawings were made by the public over a period of decades and may not actually contain any real UFOs. Winston Churchill had the British Ministry of Defence’s UFO Desk created after reports of unidentified aircraft in the 1940s-50s remained unsolved. But, this was not the first time Churchill had been involved with UFOs: in 1912, when he was Lord of Admiralty, there were reports of unidentified aircraft in the skies and Germans were thought to have been to blame- at which point Churchill ordered an inquiry.

This agency encouraged submissions from civilians on what they saw in the skies overhead. What the agency received were thousands of drawings, many of them very creatively rendered, as well as the occasional photograph or video. 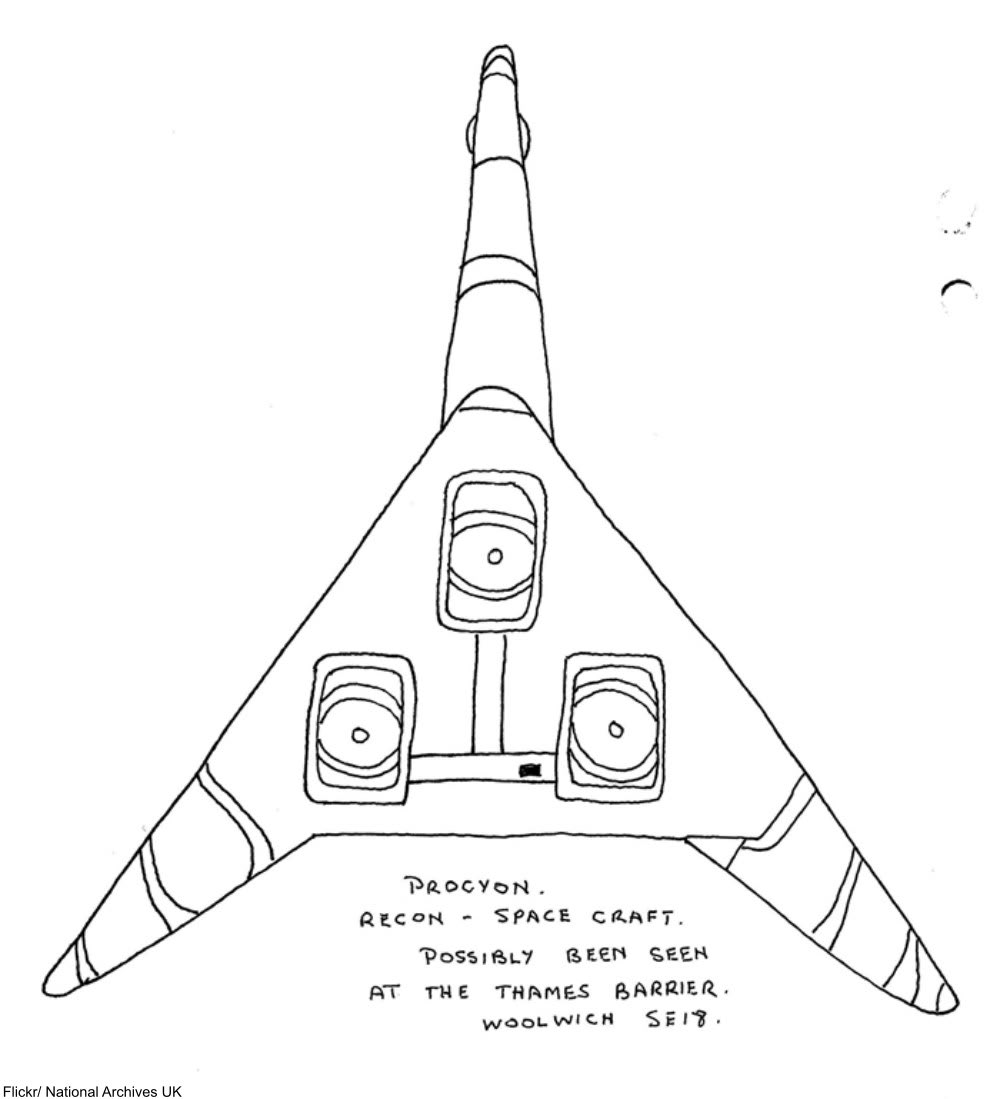 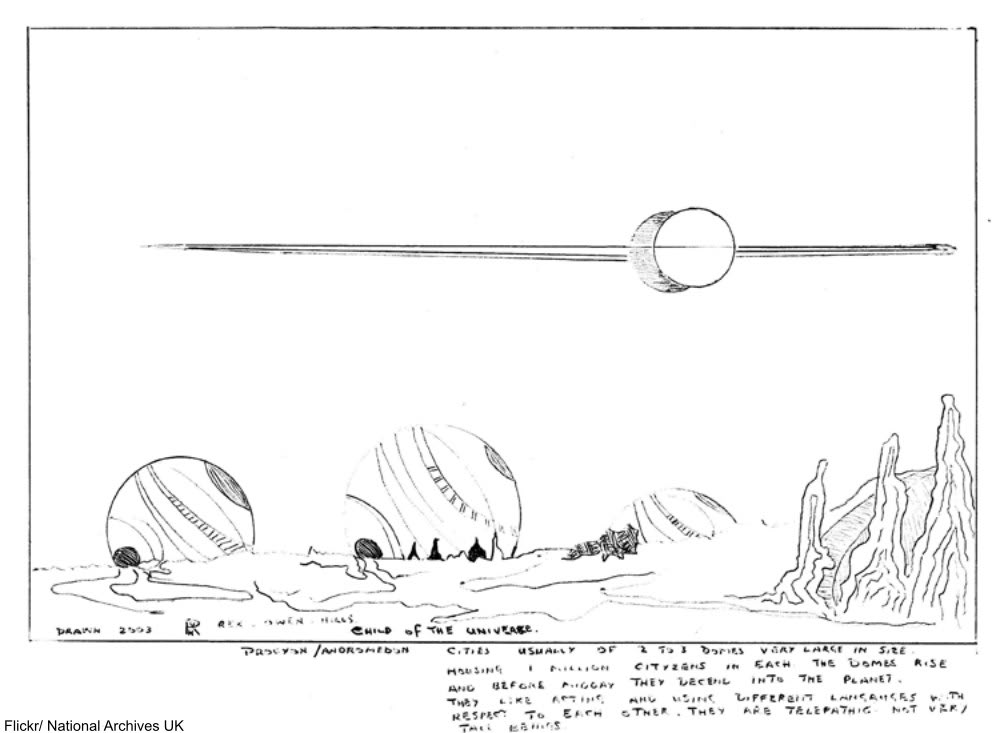 Churchill thought he couldn’t risk anything after the travesties of World War II and he may have been thinking more along the lines of foreign (human) discrepancies of airspace than UFOs from outer space. However, Churchill is reported to have had an obsession with UFOs and was retroactively accused of covering up a bizarre aircraft incident when he was Prime Minister. 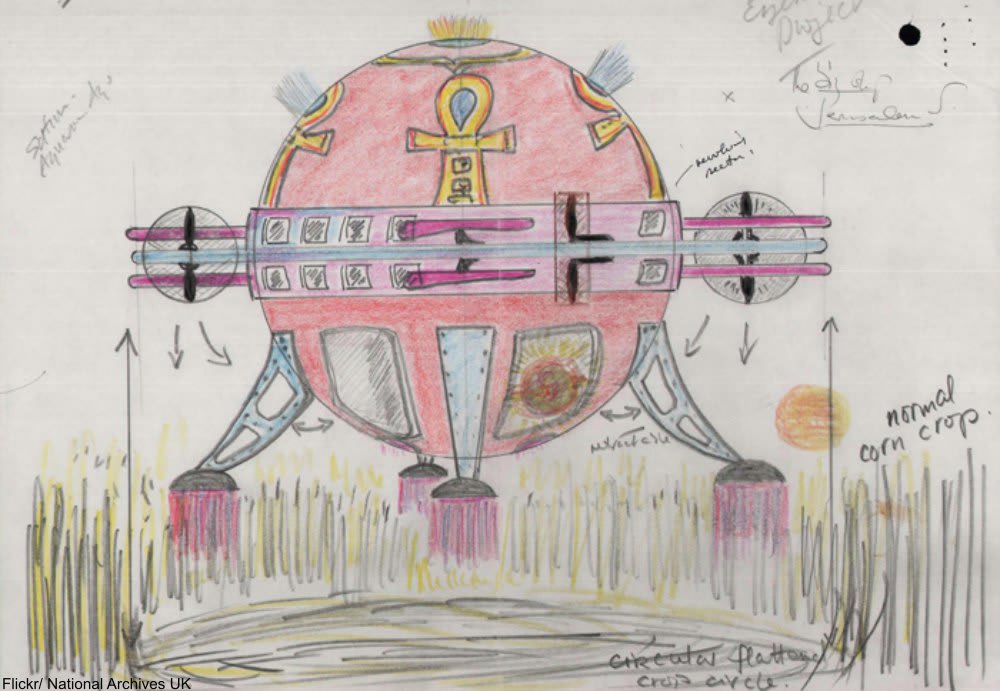 In any case, for around 60 years, members of the public sent their renditions of flying saucers to the government, where they were neatly catalogued and recorded, and most files were destroyed every 5 years until around 1970 for additional security. The records were kept classified until 2007.

Author David Clarke has now published these drawings in his book, UFO Drawings from the National Archives, along with some helpful commentary about the phenomenon. Clarke, once a childhood believer in UFOs, says that records like these now serve more as folklore than fact.

While the drawings can be quite interesting, the government agency also released files, committee meeting notes, and case inquiries to the public as a matter of transparency, though some records related to the UFO Inquiry Desk remain off limits to the public. 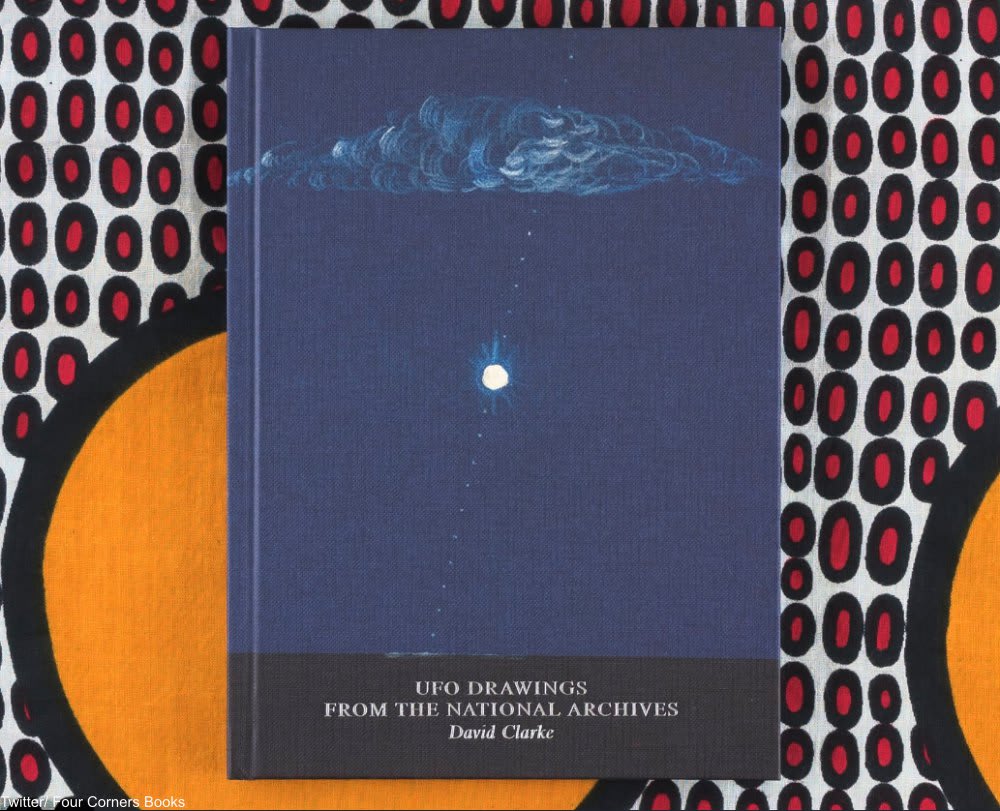 The book’s cover uses one of the many drawings submitted by the public over the years. Via/ Twitter 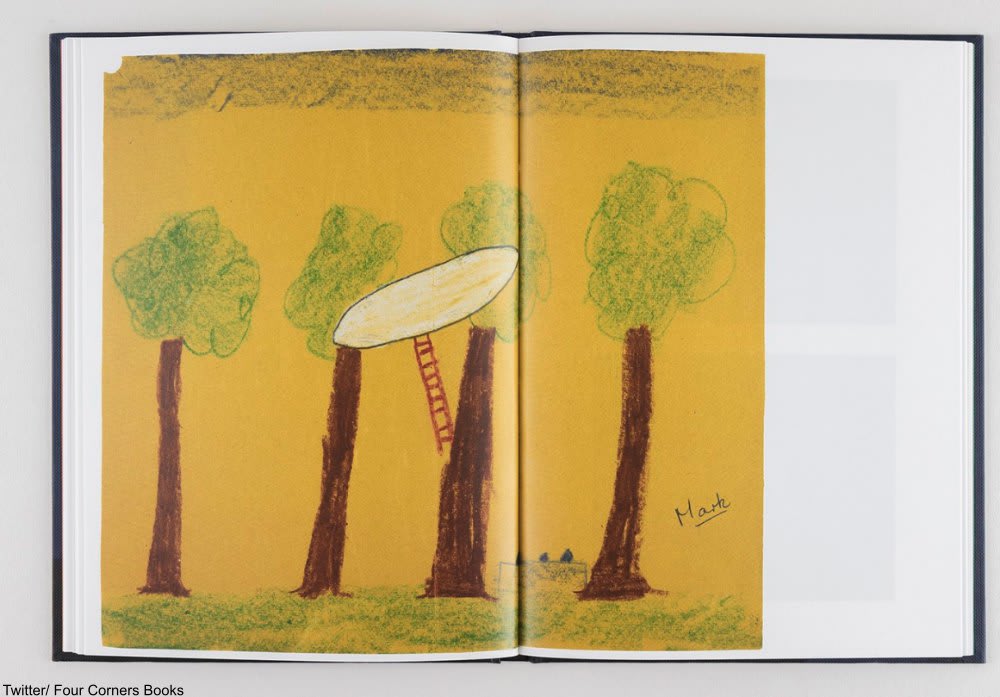 The results from the declassified files are not exactly what you’d think. Many of the drawings look like children’s drawings! And, a further handful look like very imaginative spec drawings for a colorful science fiction movie.

Humans as a species may never know if life beyond our planet exists or if we’ve been visited by other beings. But, these civilian drawings show a fascination with outer space and interplanetary travel that will perhaps remain with us forever.