Upon the Death of a Mysterious Person in the Case of D.B. Cooper, More Questions Arise

D.B. Cooper has for decades been a source of myth and mystery. The 1971 hijacking of a Boeing 727 was a huge source of controversy. The successful ransom and subsequent escape of the perpetrator puzzled law enforcement for many years. The case was officially closed in 2016. Now, as one of the mystery men once thought to have known something about the case has died, his death only leaves more questions. 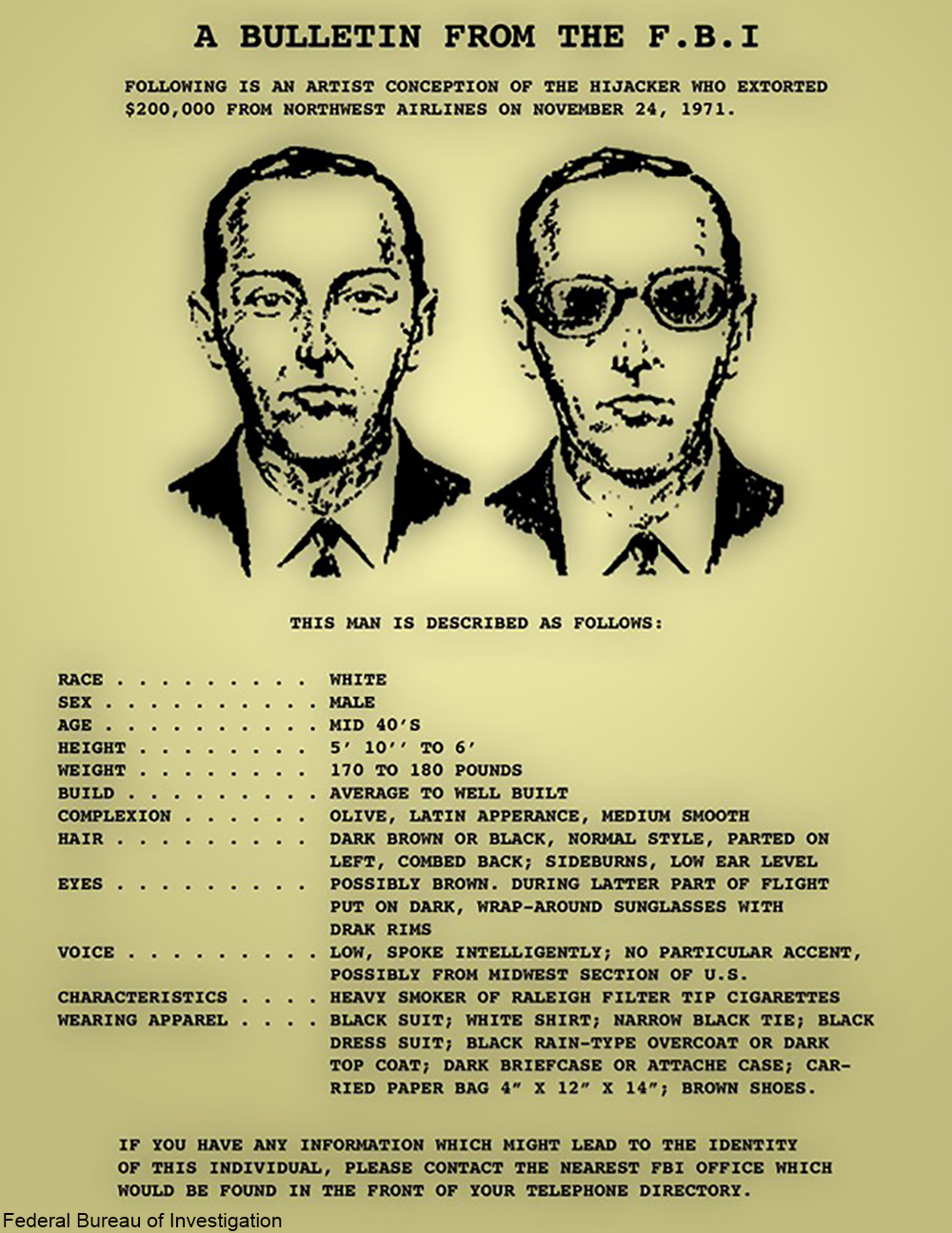 D.B. Cooper wanted poster with a description of the man in question. Via/ Wiki Commons

On November 4th, 1971, a Northwest Orient Airlines flight 305 left from Portland, OR, and headed for Seattle, WA. Aboard that plane was a man who bought his ticket under the name “Dan Cooper” and carried a briefcase. The man was later described as nondescript, but his actions would change how people fly.

Part way through the flight, the man signaled to a stewardess that he had a bomb and that she was to follow his directions, then showed her a mess of wires inside the case. She did as she was asked and gave a note to the captain asking for $200,000 in cash, 4 parachutes, and refueling in Seattle (for the getaway flight) in exchange for releasing the passengers.

Northwest Orient agreed and all but a skeleton crew were handed over in an exchange at the Seattle airport. After refueling, the plane took off again, bound for Mexico City, Mexico. But, somewhere between Seattle and Reno “Cooper” fled the plane in a parachute using the plane’s aft airstair as a makeshift escape hatch.

Some think he died in the night jump into a wooded area while others think he lived to spend his fortune in anonymity. In the first 5 years of the FBI investigation which followed 800 potential suspects were investigated, which was narrowed down to 2 dozen. This is still no small pool of men! 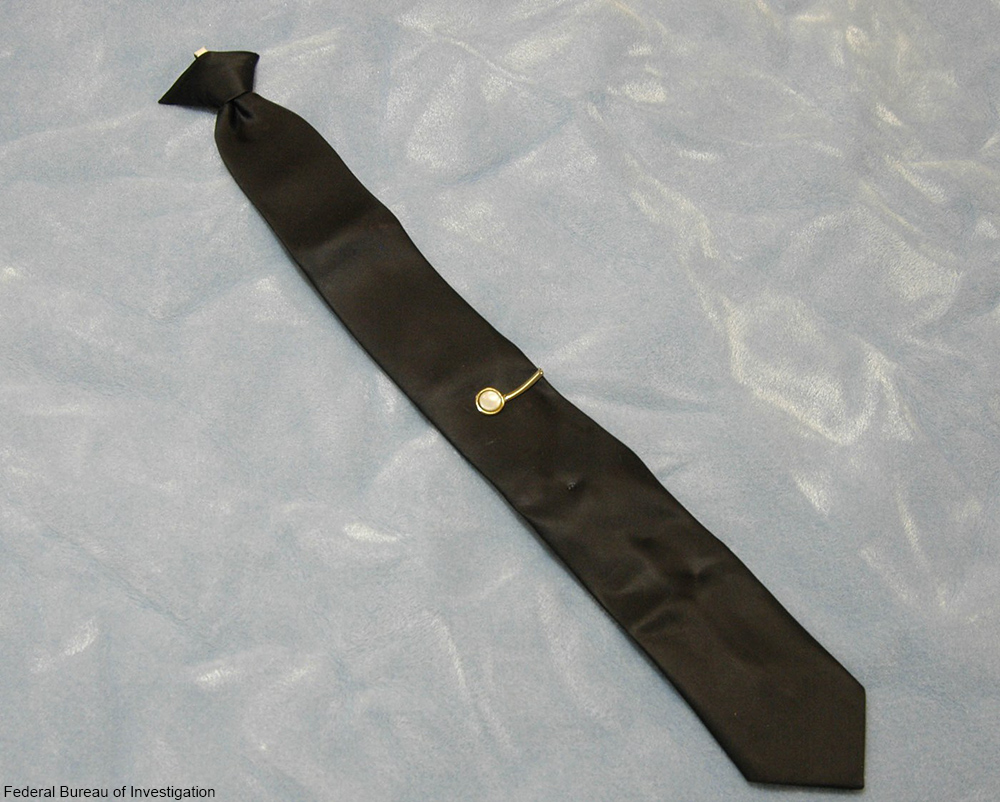 The suspect’s black J.C. Penney tie with pearl tie pin was left on the plane. The FBI did obtain a DNA sample from the tie, but has no matches. Via/ FBI

Various theories have circulated on what happened to the hijacker. One such theory centered around Robert Rackstraw, a small business owner with helicopter training from his time serving in the Vietnam War. Rackstraw lived in San Diego and owned a boat shop, Coronado Precision Marine.

Reporter, Tom Colbert, had been trying to get an interview with and/or a confession from Rackstraw for years, hoping to sell his story to Hollywood. Colbert was convinced that the hijacker, once caught, would only serve a few years in prison.

However, Rackstraw never took the bait and in fact hired a lawyer to stop the hounding from Colbert. Save for one conversation, the only contact they had was through Rackstraw’s lawyer. 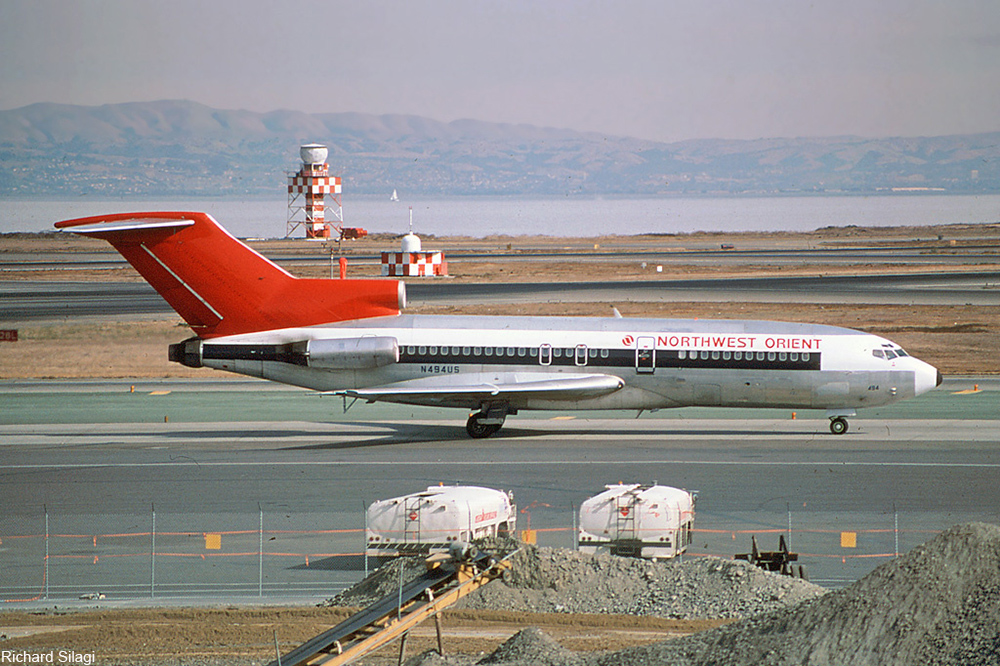 A Boeing 727 operated by Northwest Orient Airlines. Via/ Wiki Commons

It was after Rackstraw’s death in July of 2019 at the age of 75 that his lawyer, Dennis Roberts, spoke to The Hollywood Reporter about his client who he claimed was “not D.B. Cooper”. But, Roberts also made statements that Rackstraw had been the perpetrator of a copycat highjacking a few years after the D.B. Cooper crime. According to Roberts, Rackstraw couldn’t have elaborated more without incriminating himself in the later crime.

Of course there are many theories out there. FBI agent Larry Carr has said that he suspected that the perpetrator didn’t survive the fall . Carr proposed that Cooper may have been a cargo worker at the Seattle-Tacoma airport with a knowledge of parachutes and airplanes, but maybe not of landing since he jumped at night, in November, over a forested area, wearing a suit and loafers. Not ideal equipment for the cold temperatures and long hikes that a jump like that would bring.

The name of Dan Cooper was shared with a parachuting comic book character from Belgium, something that an American stationed abroad or possibly a Canadian citizen might have been familiar with.

The FBI has never found the culprit, but some conspiracy theorists claim he was a CIA informant and that’s why no one was ever convicted in the case. The statement that Rackshaw was a copycat hijacker (and there were several) throws one more potential theory out the window. 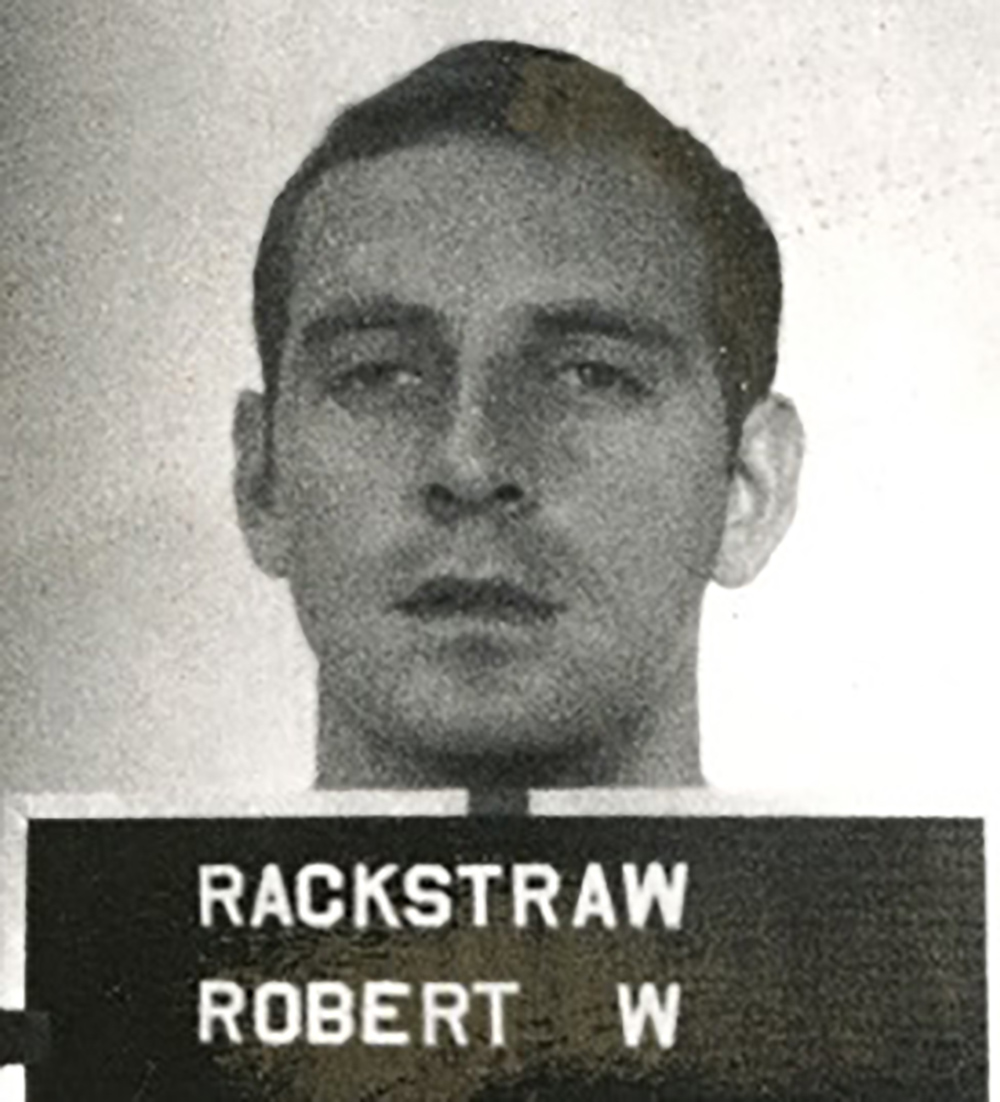 The fascination with Cooper centers around the idea that he did survive, that one could get away with all that money. It’s one reason why the Cooper case has become the stuff of urban legends and conspiracy theories: people want to believe.

And, finally, the name “D.B. Cooper” was a mistake that had been misreported in the press and the name stuck. The real criminal, whoever who he may be, only ever used the name “Dan Cooper”- for what it’s worth.