They Were the “Fred and Ginger” of Their Day

They were a pretty unusual duo for the era, but they shared a love of fashion and a love of dance, turning heads any place they went. They were the Fred and Ginger of their day, setting trends in dance, music, and fashion. The thing is most people have never even heard of dance legends Vernon and Irene Castle – despite the fact that they revolutionized the world of ballroom. 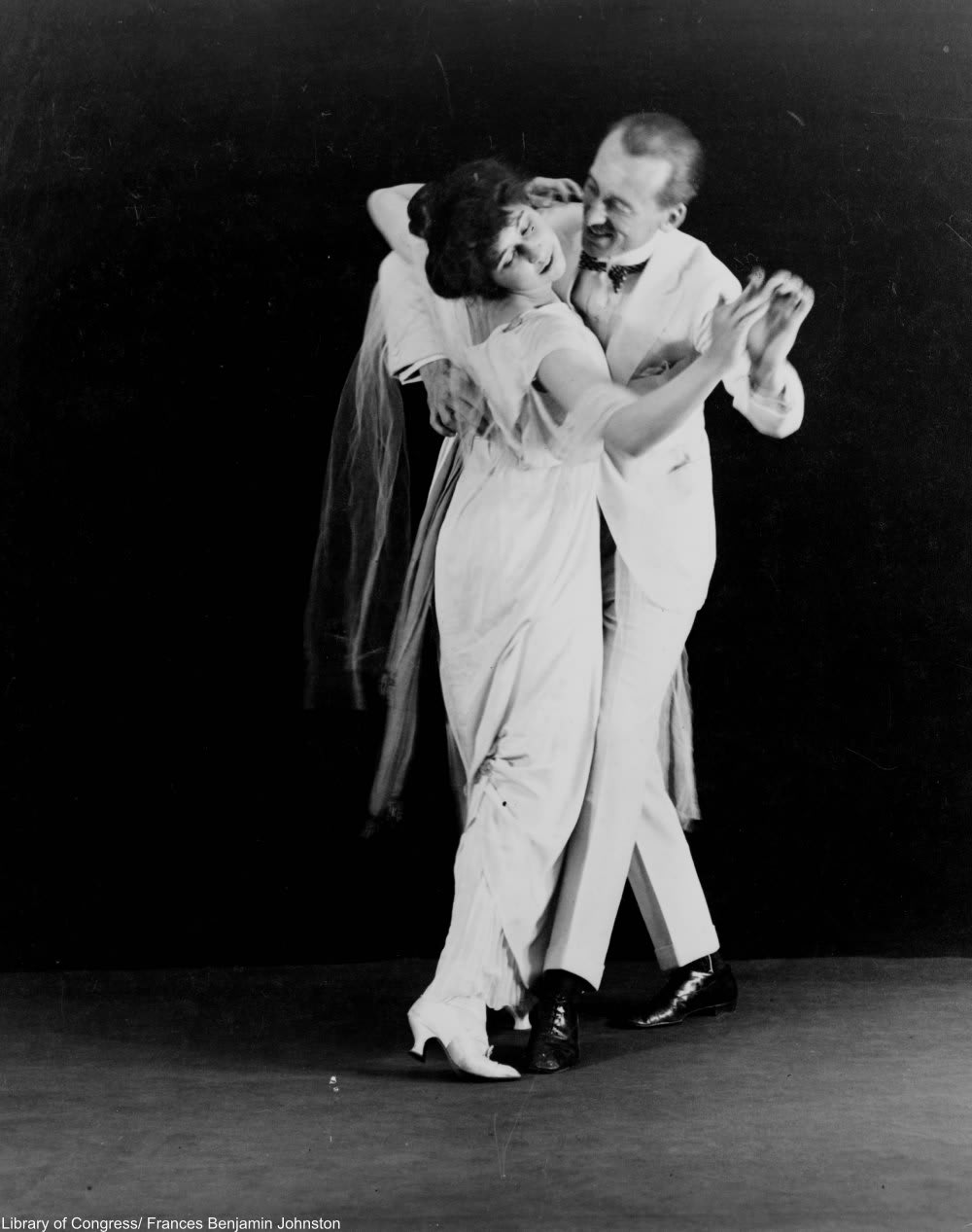 Around the turn of the 20th century, most people were dancing the waltz or doing some form of group dance like square dancing. The waltz, which evolved from German and Bohemian folk dancing, had been scandalous when it first came on the scene in the late 18th century.

Embraced by the younger generations as a new found expression of youth and vigor, the waltz elicited glowering glances from elders well into the Victorian era. The waltz was considered by many to be far too close for formal occasions and one-on-one partner dancing had not yet become the fad which would sweep the world off its feet. 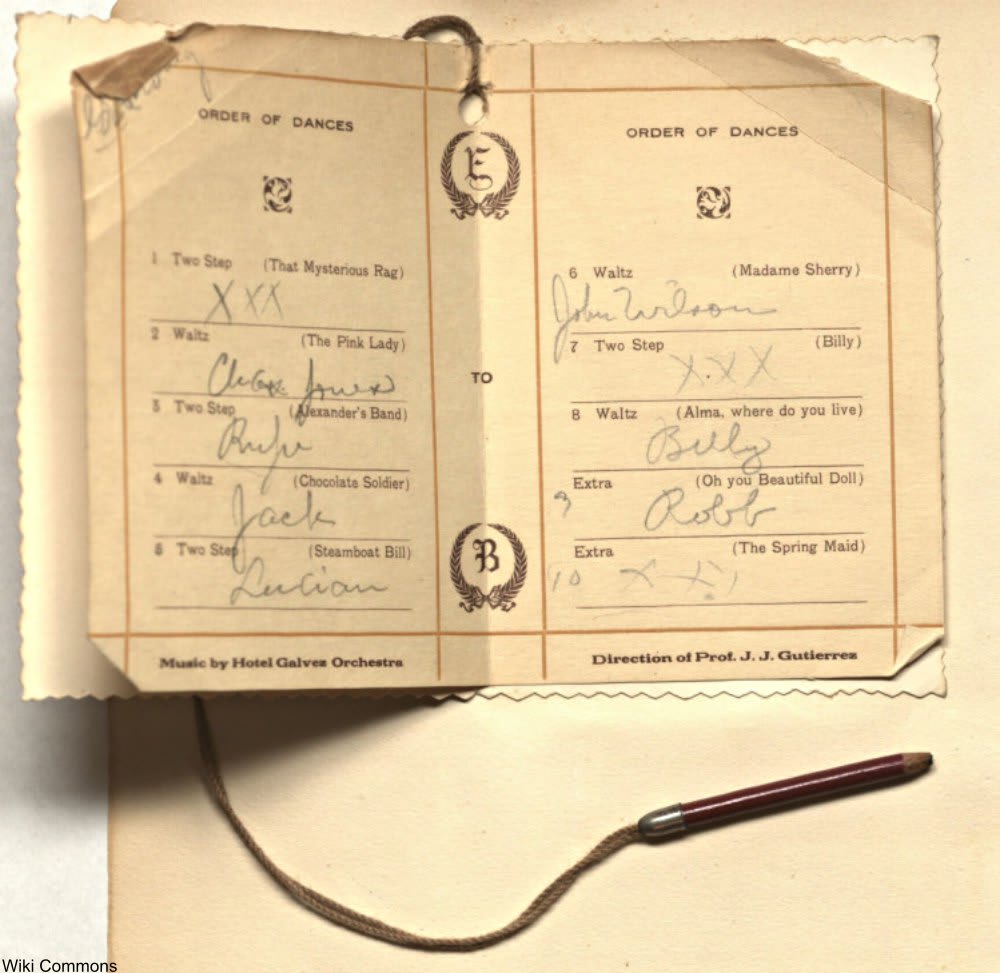 Dance card of Gladys Ewing from 1911. Via/ Wiki Commons

At the waltz became more popular, so too did the concept of dancing with one person at a time and at the turn of the century jazz changed the way people danced even more. For Vernon and Irene Castle the introduction of jazz music in the 1910s invigorated their dancing. The two took lesser-known group, country, or African American dances, as well Broadway moves and interpreted them as chic, cutting edge couples dances suitable for average people- all set to the novel sounds of jazz music.

Dance halls and jazz were two new aspects of American culture that the older generations were very wary about, just as the waltz had been suspect 150 years before, and the Castles’ dancing was often seen as salacious by those born solidly in the Victorian era. 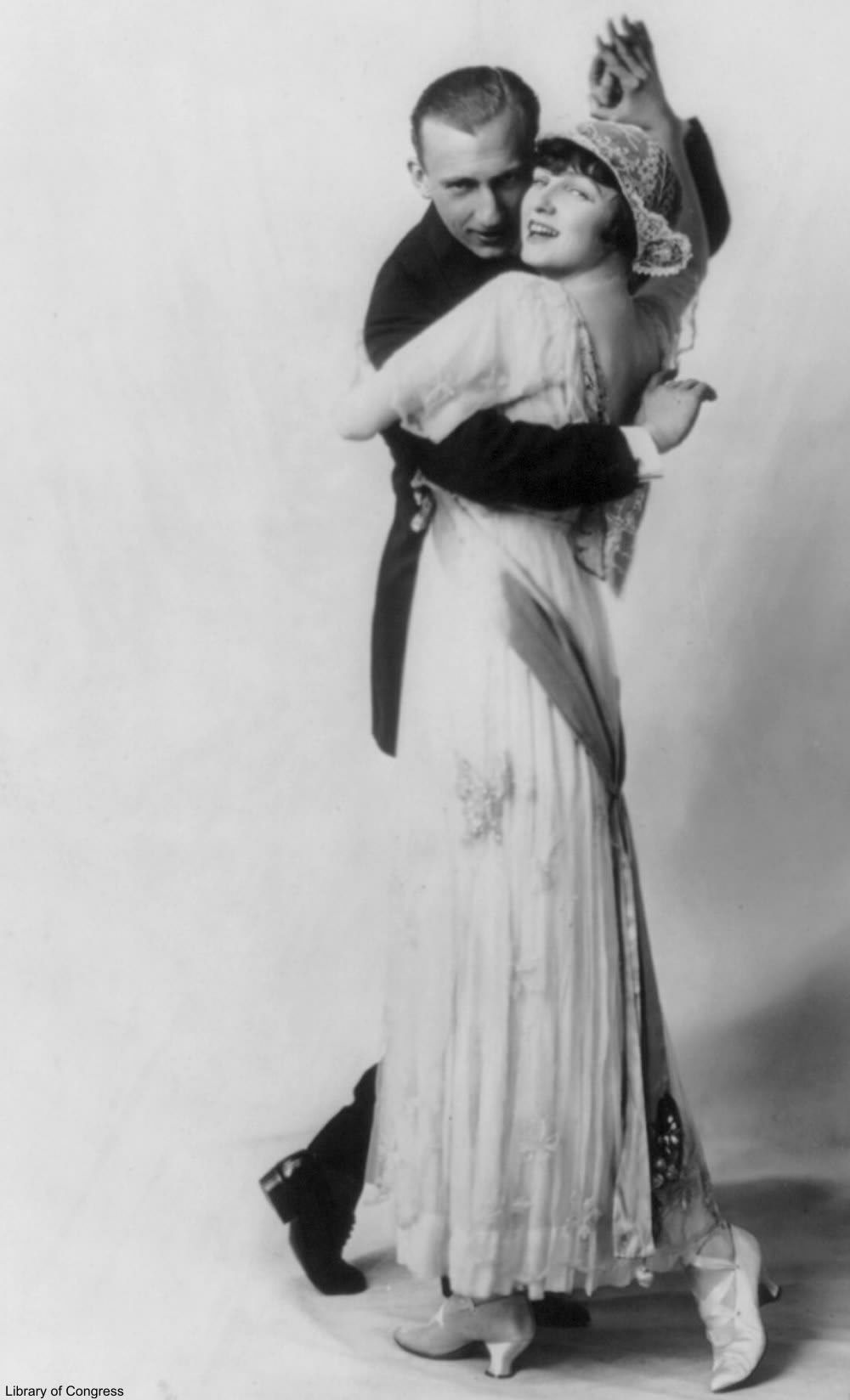 The Castles in 1913. Via/ Library of Congress 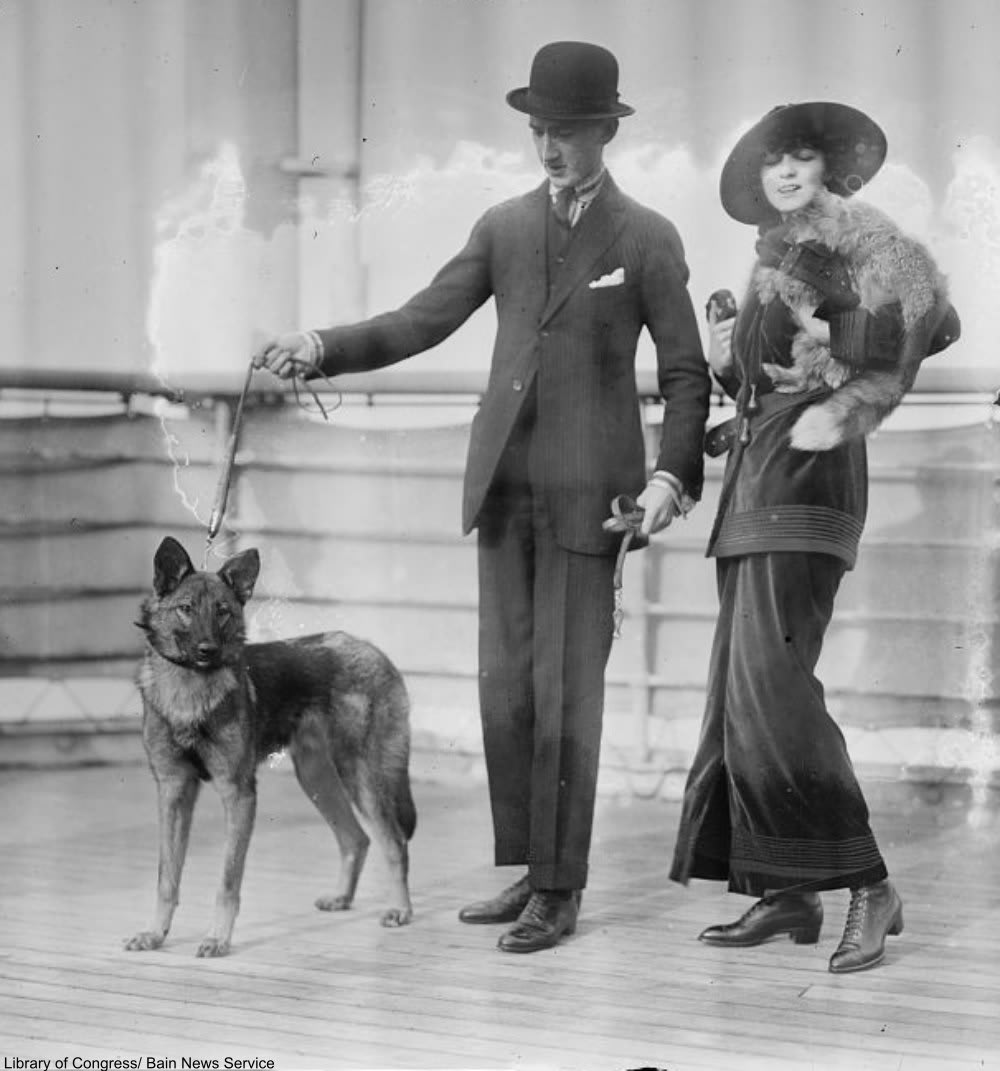 The Castles, Vernon from England and Irene from New York, danced mainly in Europe and the U.S. setting fashion and dance trends wherever they went. They performed their dance routines at exhibitions and also for film, as well as offering lessons and operating the Castle House club. Being reliant on jazz music, the couple were some of the first white performers to hire African American musicians to work with them.

And it wasn’t just dancing that the two were known for. It was Irene who started the trend for ladies bobbed hair and so the 1920s hairstyles can mainly be traced back to her influence on fashion. 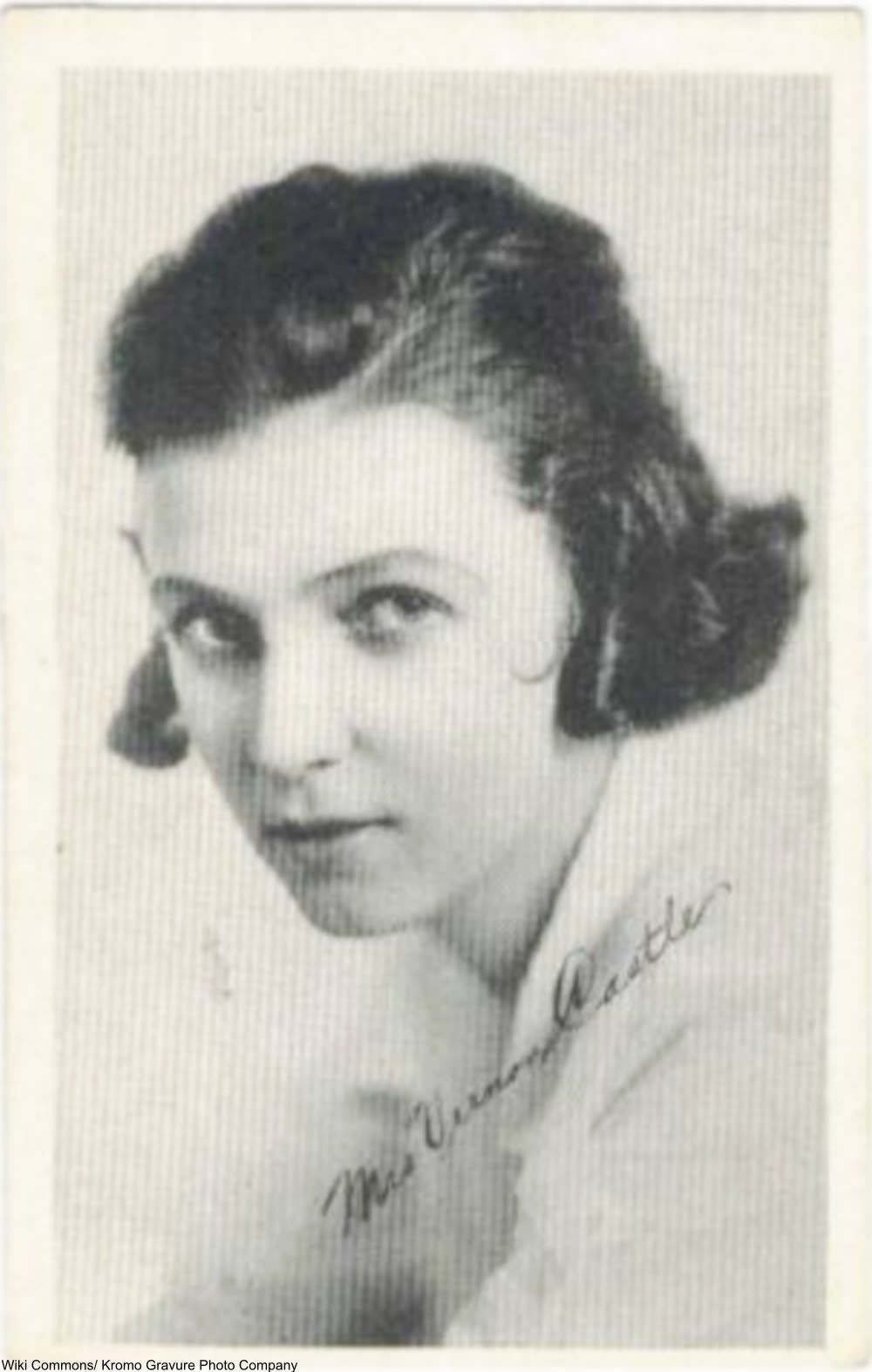 Irene was a true fashion plate- endorsing dress patterns, designers, and even offering her own expansive line of accessories like beaded headbands, shoes, and hats (including the lacy dancing cap). 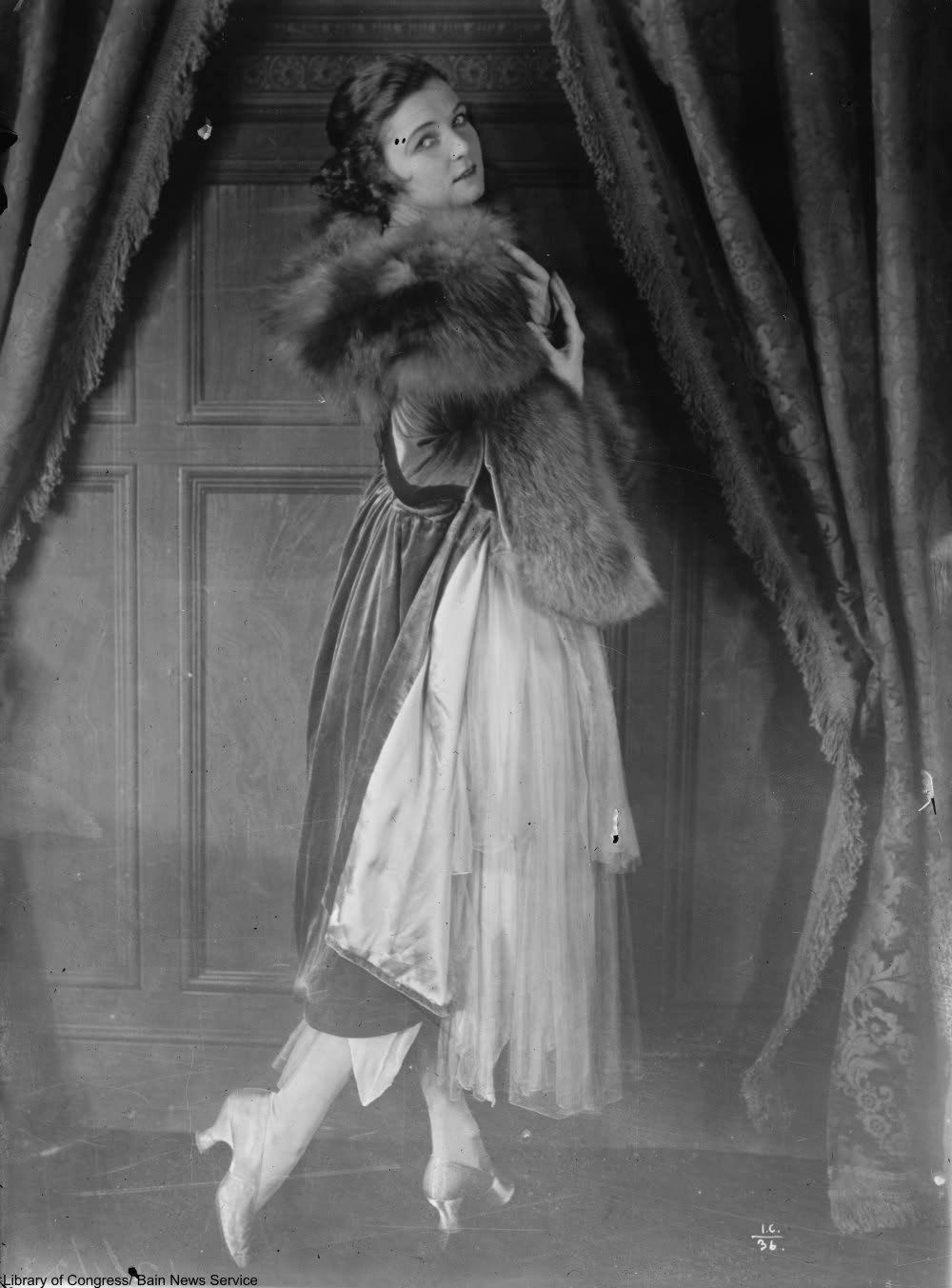 Irene’s fashion sense was very young and hip. Via/ Library of Congress 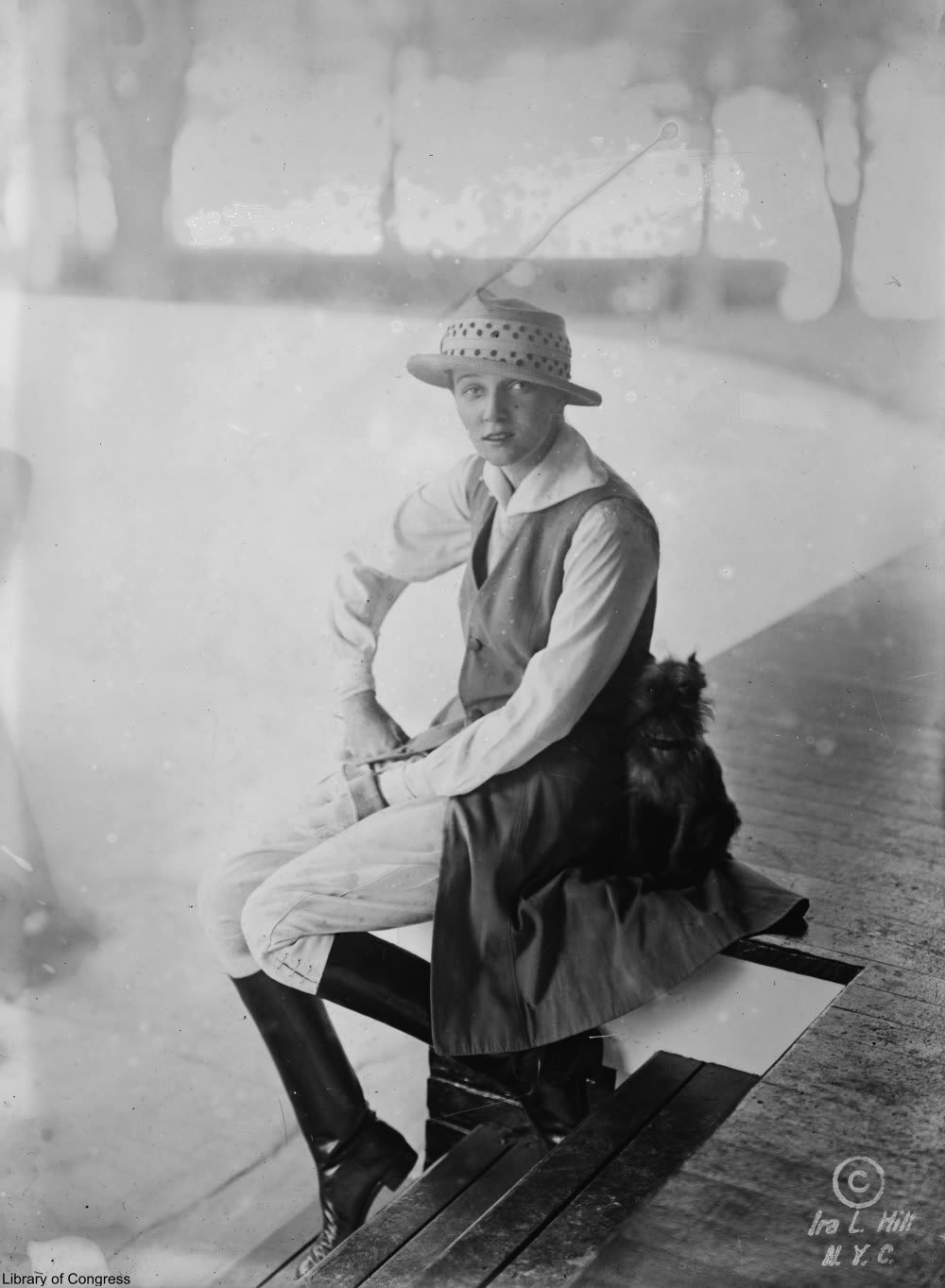