Ever Wondered Why Dalmatians Are Associated with Firefighters?

Before cars or trucks, man used animals to get around. Most families would have had horses for a wagon or even oxen or mules if they had anything at all. Riding horses was most often a rich man’s folly, a tradition started by the English gentry on their vast estates. As with anything to do with status, the more you had of something the better it was. English nobleman took pride in their large packs of hunting dogs, their stables full of speedy horses, and all the trappings of a high-born life. In the 1600s an aristocrat might have had a pack of Dalmatians running alongside his carriage to show the world just how important he was.

The kinds of horses a nobleman had, and the types of dogs he had to go hunting, became a mark of distinction. And, as it turns out, Dalmatians are very good with horses. But how did these spotted dogs end up synonymous with fire stations? Read on to find out. 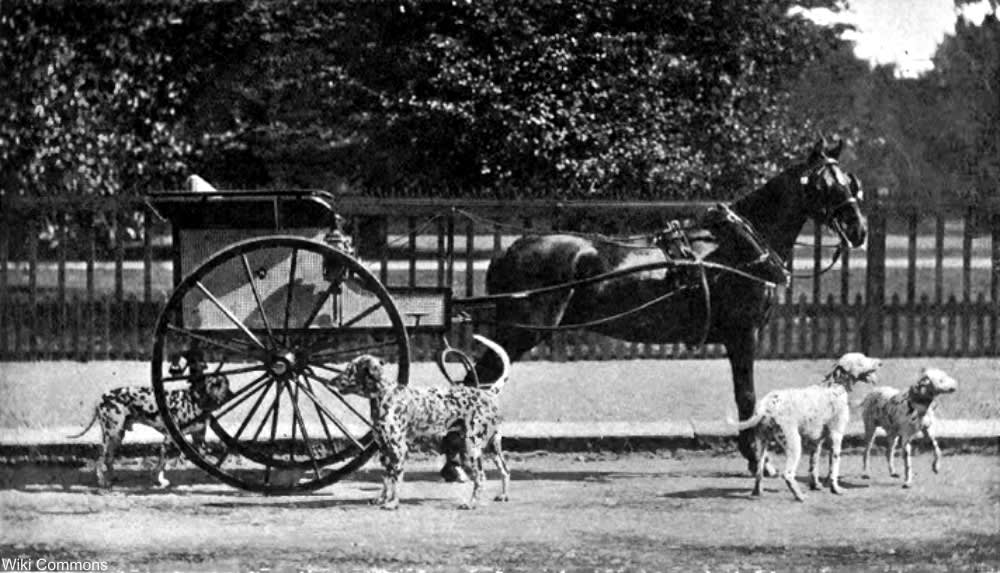 Why Do Dalmatians and Horses Get Along So Well?

Dalmatians instinctually like to keep pace with horses while running, and seem to calm the horses down in return. The dogs also will keep other animals away from horses thereby preventing them from getting spooked, which they are very prone to. Dalmatians are also said to be good guard dogs who keep watch against horse thieves, ultimately making travel safer for those in a carriage on a long journey. 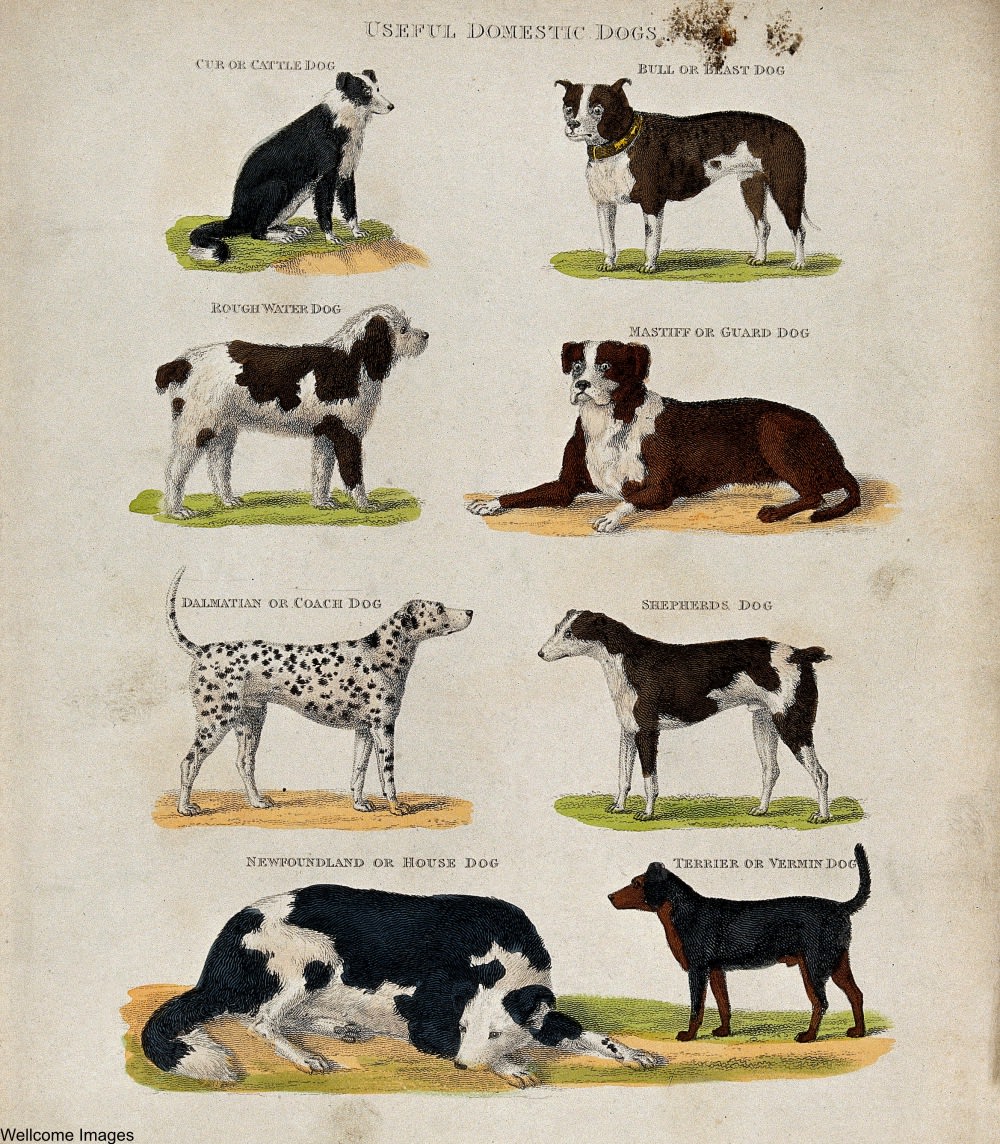 A trend in the old days was to clip the ears of Dalmatians as a matter of routine, something fell out of practice by the late 1800s. Via/ Wellcome Images

The origins of the Dalmatian breed are not well understood. It is not known if they even came from Dalmatia (which is in Croatia), but it is said that Romani Gypsies used them as horse and guard dogs and brought them to Western Europe with them. It was then that the breed quickly caught on as an early anti-theft device among the aristocracy. As it became known what these dogs were good at, they were bred and specifically sold to be “coach dogs” running alongside carriages.

Why Do We See Dalmatians with Firemen? 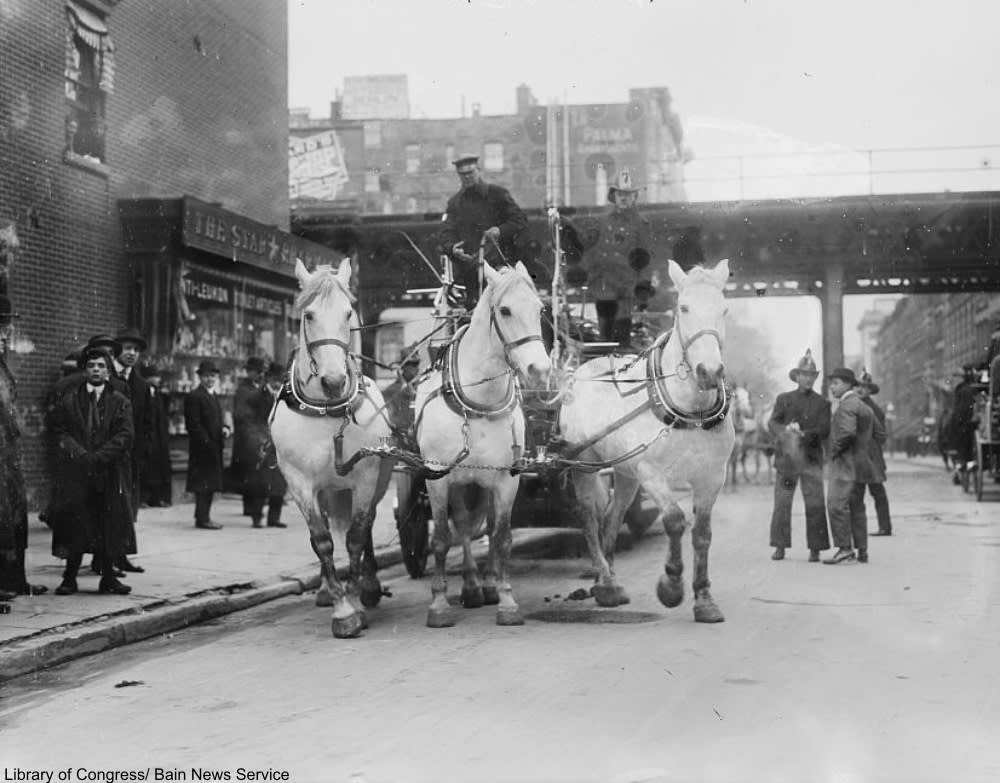 Back in the old days, firemen would haul their water tanks, and later water pumps for hydrants, using two or three horses to get the heavy firefighting gear to the scene of the fire. The Dalmatian would serve as coach dog for the firefighters’ trucks, keeping the horses calm and alerting people to the idea that a firetruck was coming around the corner. The dogs also successfully guarded the firemen’s belongings while they were hard at work. 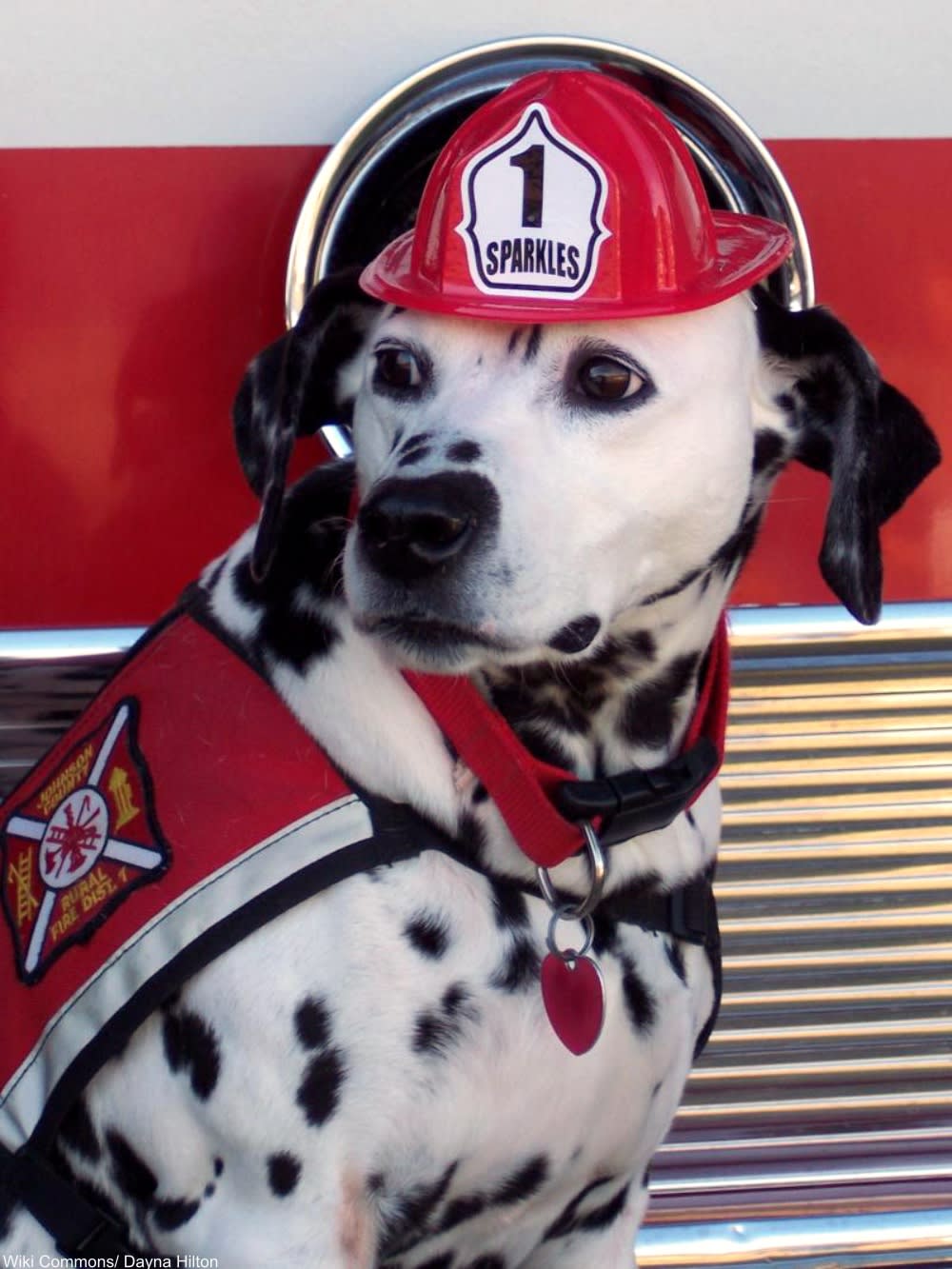 Once automotive engines replaced horses, the dogs were no longer needed. But, they were kept on as firehouse mascots and served other purposes at the fire station: they kept the men company on their long shifts and they also were quite good at catching rats, too.

Hachikō, the world's most loyal dog: Click “Next Page” below!