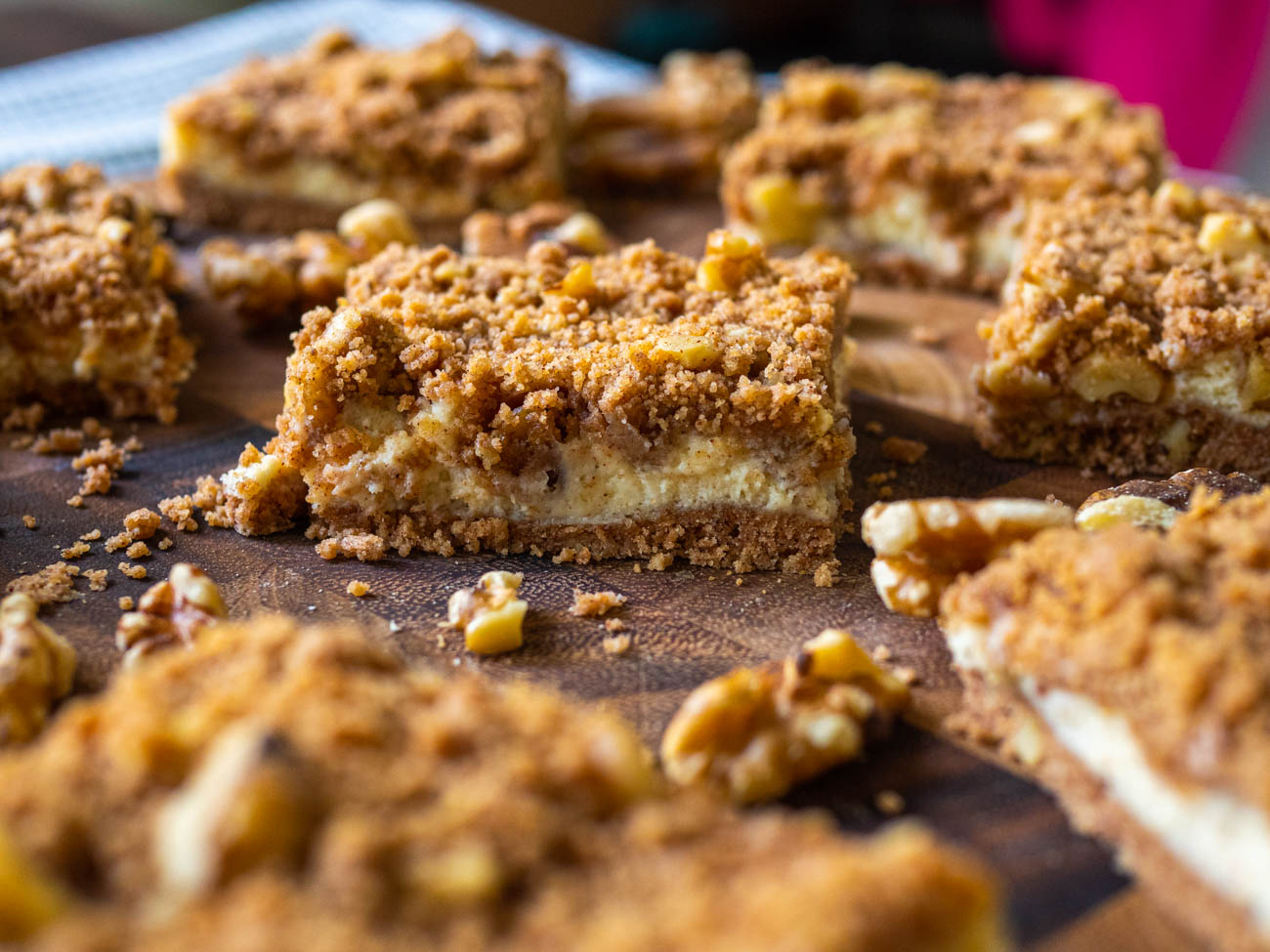 Cream cheese is a dessert superstar and these simple bars show us exactly why that is. With two sweet cinnamon-scented crumb layers sandwiching a silky cheesecake-inspired layer, these bars let that tangy creaminess truly shine. (But, don’t worry, they have a little crunchiness, a little cinnamon-spice, and just enough sweetness going for them too.) 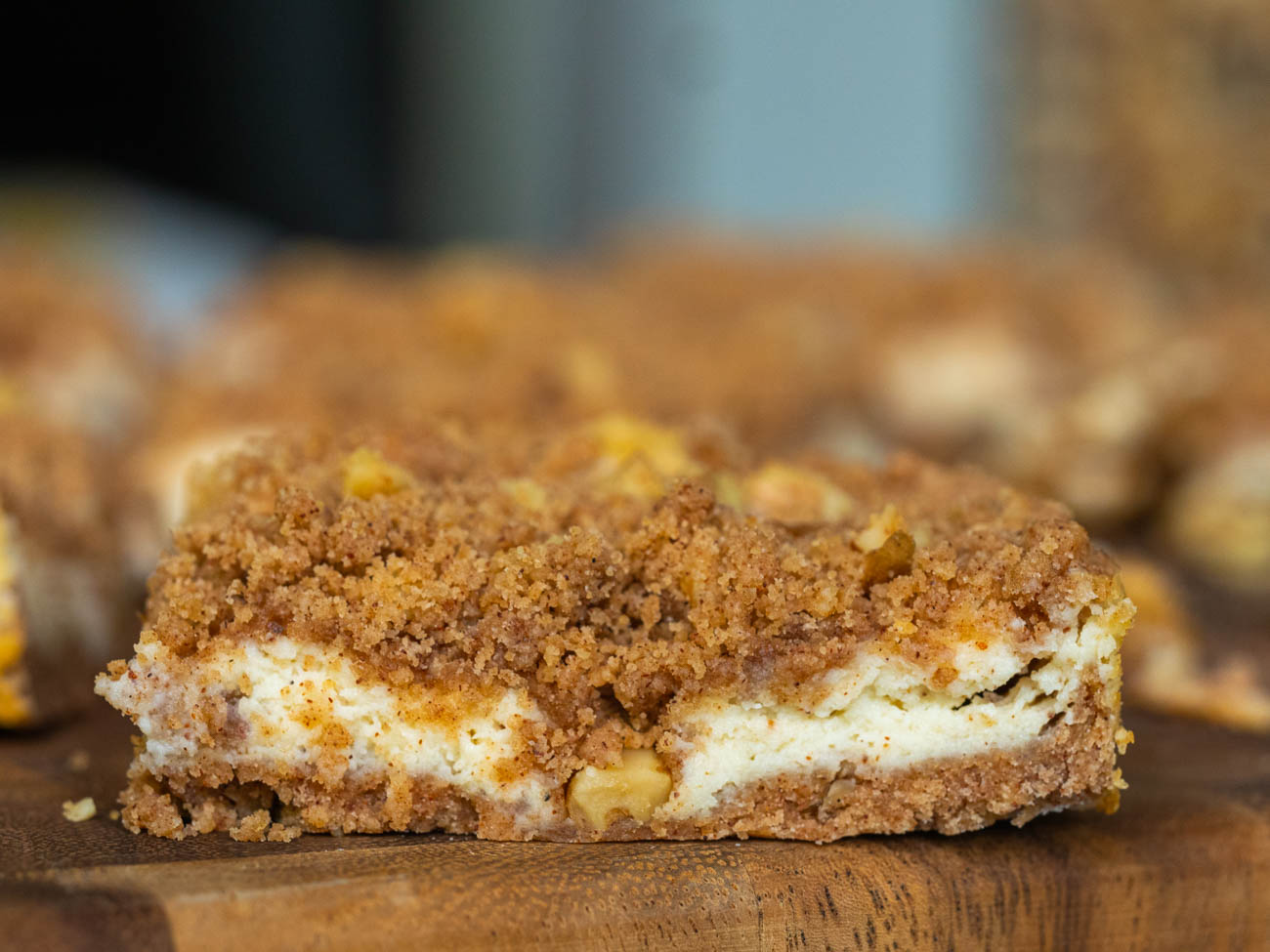 The crumbly crust and topping are basically the same mixture, which involves butter, brown sugar, flour, cinnamon, and chopped walnuts. Half of that gets pressed into the bottom of the pan to form a crust, while the topping mixture gets an extra helping of brown sugar, nuts, and butter so it’s a little more crumbly. (I never said these were tidy… But I promise you won’t be complaining about any errant crumbs.) 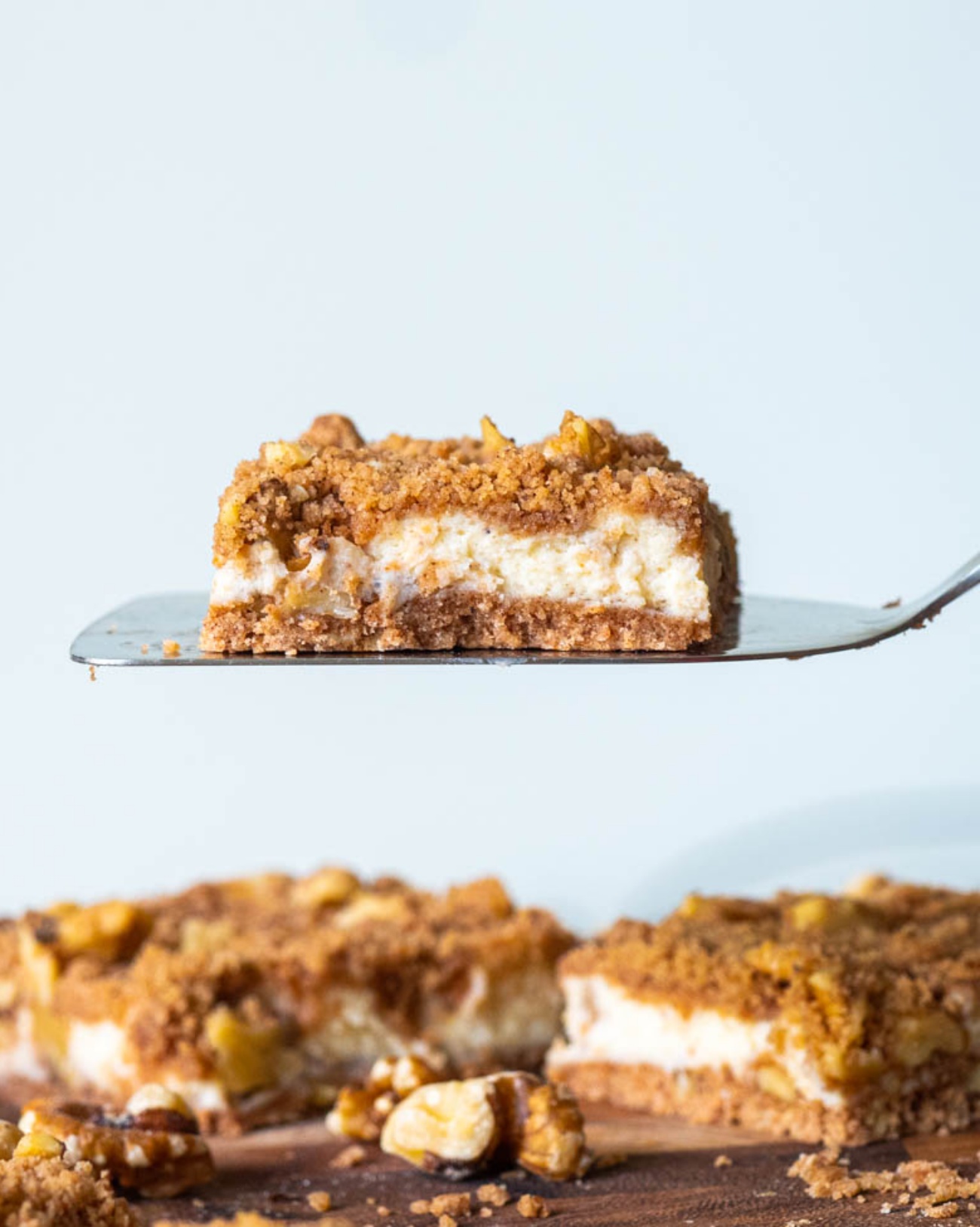 The mixture is sweet and simple enough that it shows off the cream cheese layer without overpowering it. That cream cheese layer isn’t any trouble at all to mix up. It’s just a quick mixture of cream cheese, sugar, and egg, thinned out with some milk and delicately flavored with vanilla and nutmeg (which echoes the cinnamon in the crumb layers so nicely). 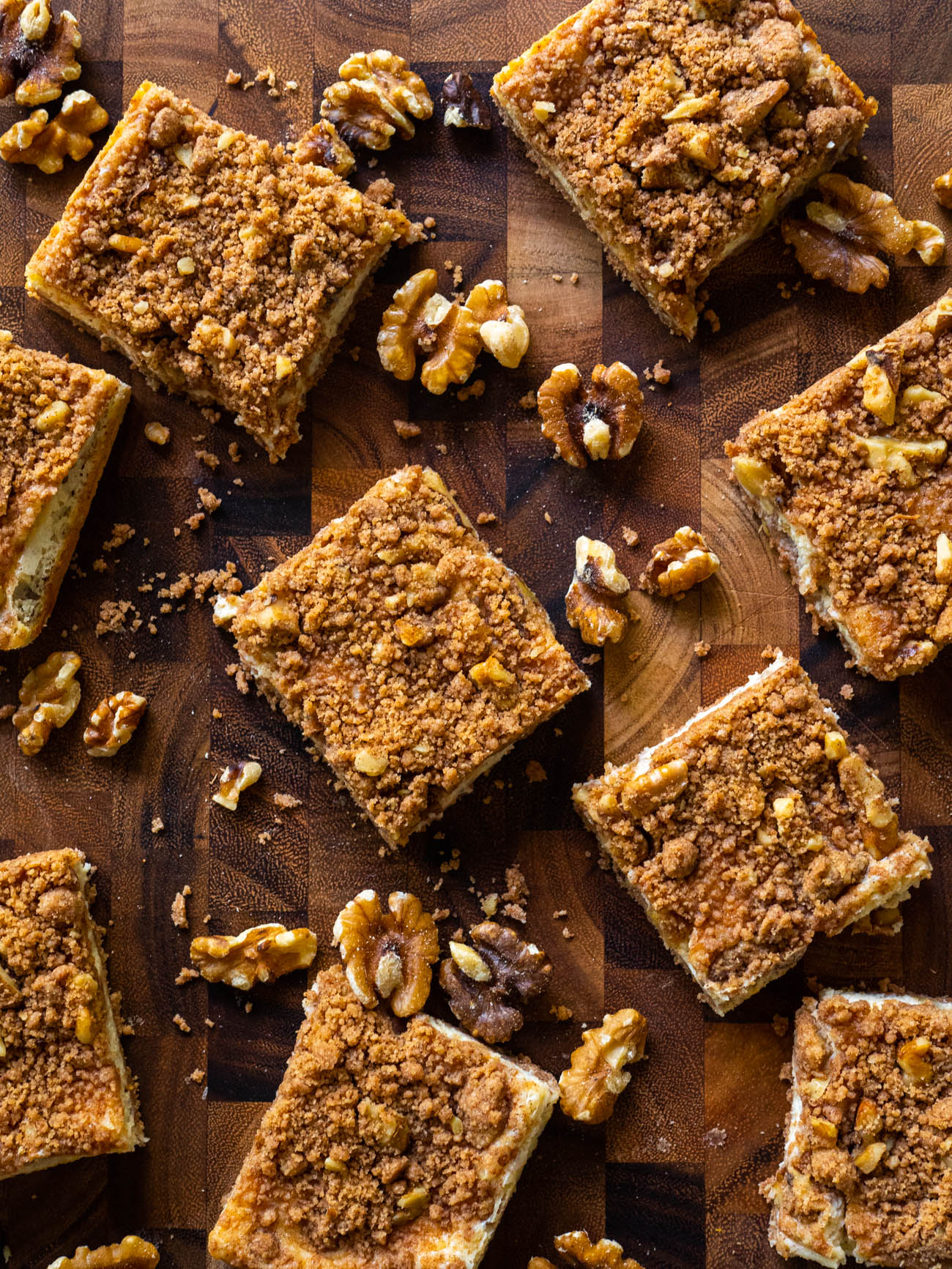 When these go into the oven, the cream cheese mixture firms up into creamy, silky magic and the crust and topping stay soft with just a touch of crunch. 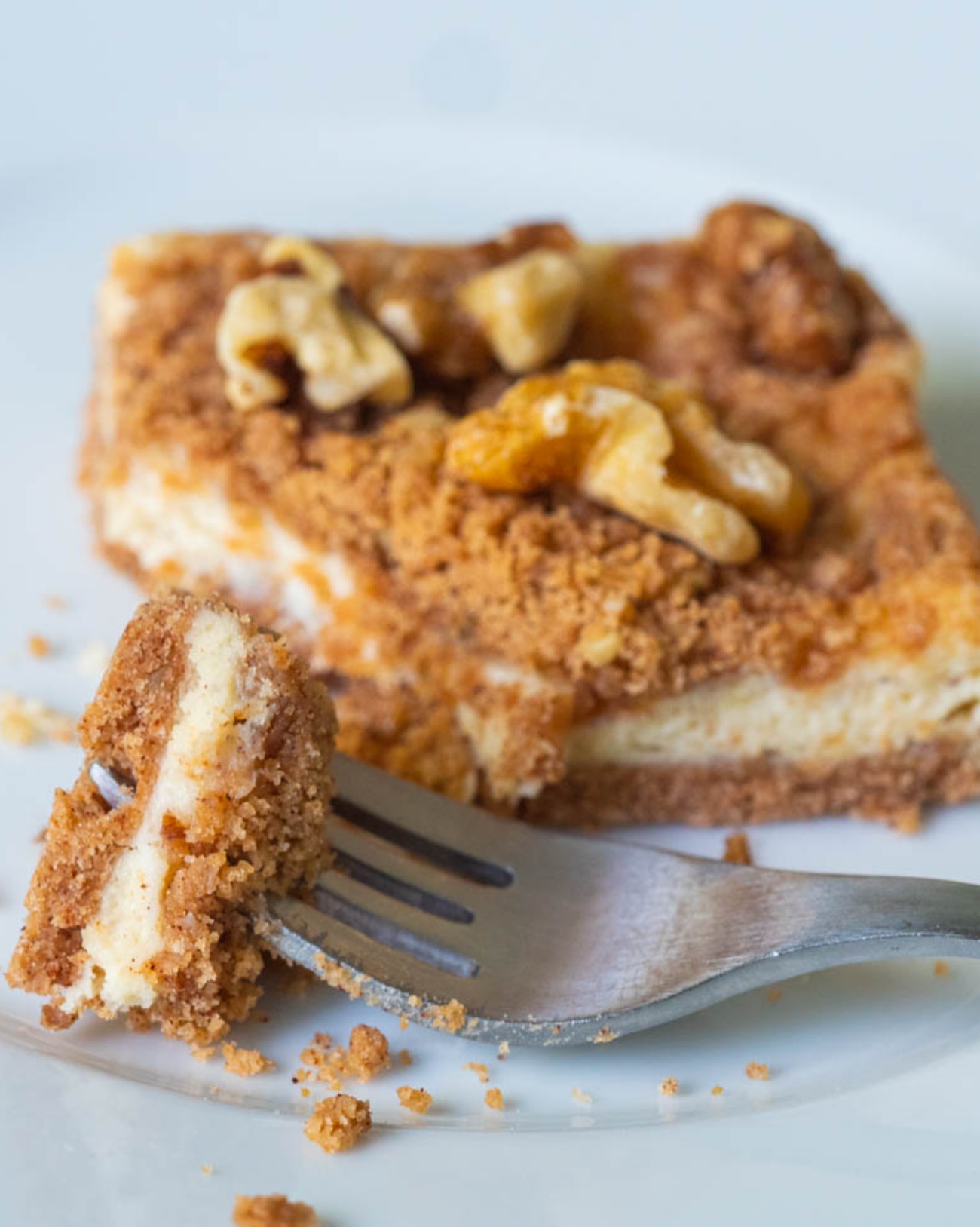 These bars aren’t cluttered by chocolate or fruit or other adornments. No, instead they remain simple in their composition, which really allows the delicate cinnamon-spice, soft crumb, and dreamy silk cream cheese flavor to shine through. 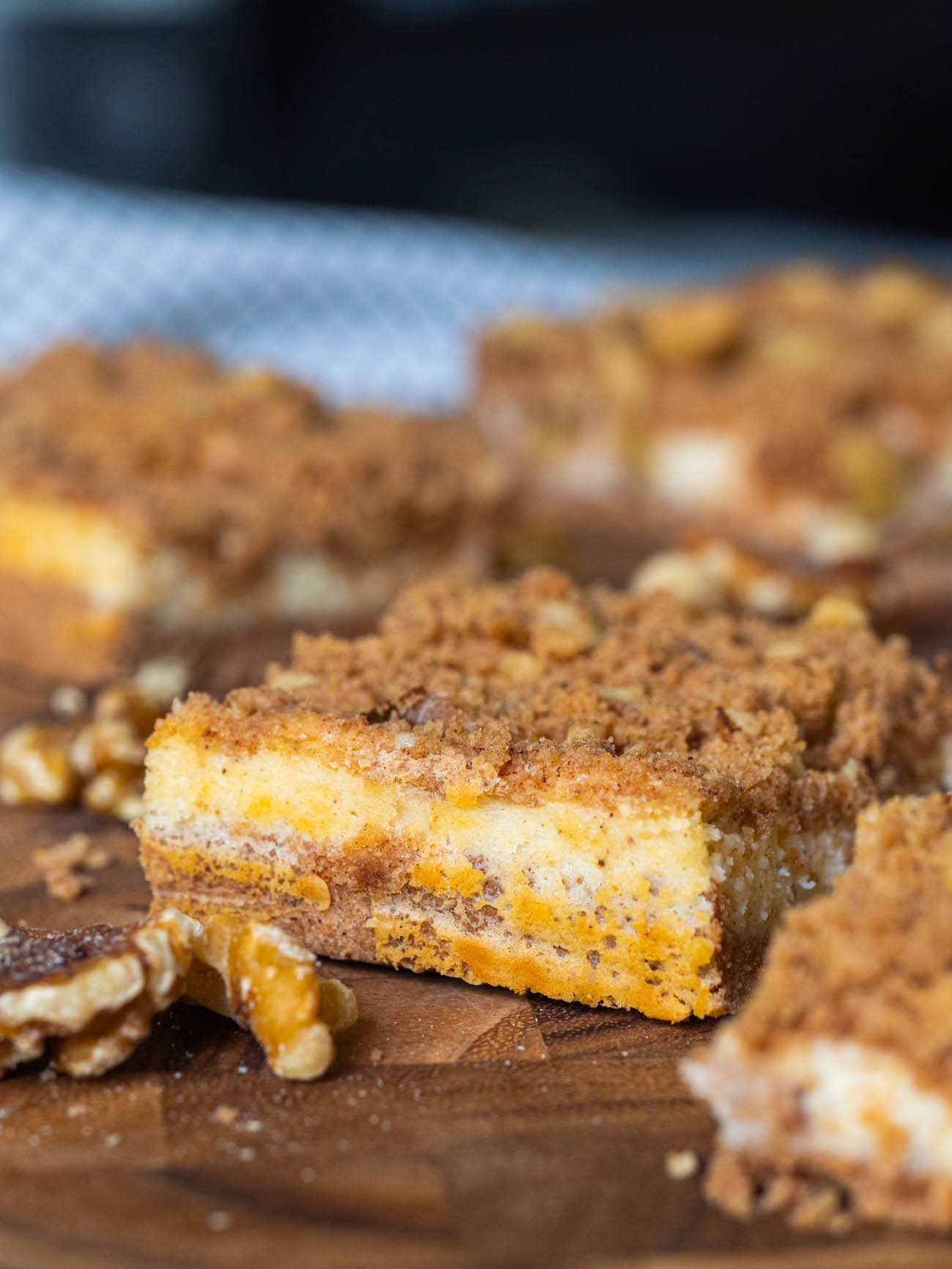 Recipe adapted from A Family Feast.