The 1997 adaptation of Titanic was a box office record smash and has become one of the biggest movies in pop culture. However, there’s a truly heartbreaking scene within the movie that is actually based on a real-life couple. The scene depicts a man and woman holding and hugging each other in bed before meeting their inevitable death as the ship sinks. 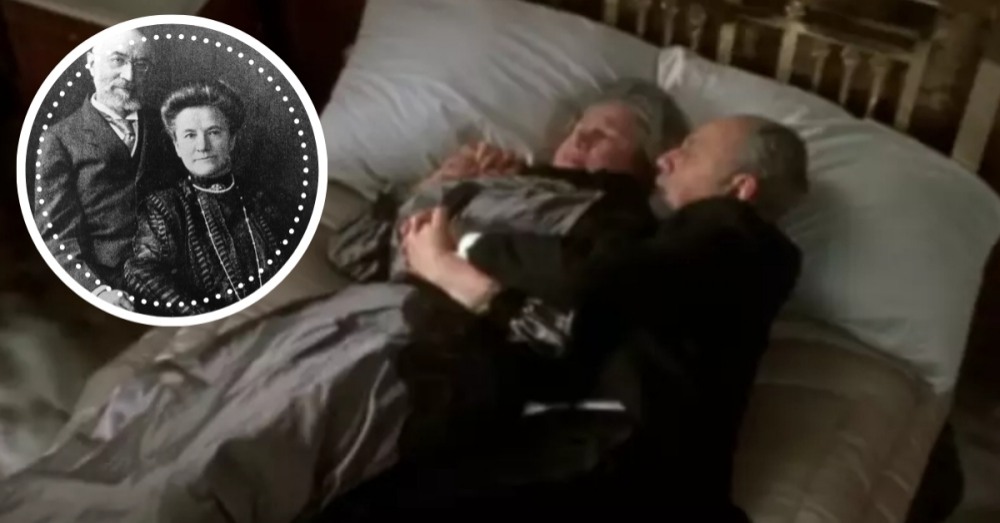 This couple was based on the real-life couple aboard the RMS Titanic on that fateful day, named Isidor and Ida Straus. They were first-class passengers on the RMS Titanic and were some of the richest people on the ship that day. This did not stop them from remembering what was most important to them moments before their death.

Isidor was a co-owner of Macy’s and a congressman. They were wed in 1871 and were given one of the fanciest cabins on the entire ship on April 15th, 1912. They were traveling back to the states by way of the RMS Titanic from spending a vacation in France.

When the RMS Titanic struck the iceberg, they knew that there was no other option except to utilize their social status and wealth to maintain a place on a lifeboat. Ida, being a first-class passenger and a woman, was given one of the first spots on the lifeboat, meaning she would have to leave her husband behind. She refused. She stayed behind with her husband because she did not want to leave him.

With that being said, Isidor was also offered a spot on the lifeboat, but his response? He said that he, “would not go before other men.” When Isidor tried to urge Ida to get on a lifeboat, she responded with, “We have been living together for many years. Where you go, I go.” Cue the waterworks.

Ida gave her spot on the lifeboat away to her maid. The two were last seen holding each other on the deck of the ship.

So, yes, the movie version was a bit fabricated, depicting them laying in their bed as their cabin was flooded by the icy cold waters, but it still encapsulated the love they had for each other until the end.

Please SHARE this article if this story made you tear up!

Check out a deleted scene below from Titanic the movie depicting the Straus’ conversation just moments before death.

Titanic II runs into problems: Click “Next Page” below!