If you have never heard about Indian Hills, Colorado, you shouldn’t feel too bad. After all, only 1,280 people live in the community and it is unlikely that you have passed through. Just because most people don’t know of them does not mean they aren’t famous, and one resident has put them on the map, thanks to their puns.

As spotted by MyModernMet, the community center in the town changes the sign two or three times a week to display a new message. Some of the messages are going to make you cringe and others may make you laugh.

“Terrible summer for Humpty Dumpty but he had a great fall,” one sign read. “I was struck by a bottle of Omega 3 pills. Luckily, my wounds were only super fish oil,” read another.

Vince Rozmiarek is the one who puts the signs together. “I’ve been copied on lots of photos of people posing with the sign,” Rozmiarek said. “It kind of put us on the map.”

Although many of the messages will fit into the pun category, there are many other categories, such as random musings and general jokes. They support the local sports teams and sometimes take a stab at the local police department. It seems as if Rozmiarek has been writing these messages for about five years and each sign is unique.

The first sign was an April Fools’ Day joke. “We have a heavy police presence in the town of Morrison, which is next to Indian Hills, and they run a ton of speed traps. The sign said ‘Indian Hills annexed by Morrison, slow down.’ Many people believed that prank, and the amount of attention it brought was really surprising.”

One of his favorite signs was a pun about the Denver Broncos that went viral after they played against the Carolina Panthers in the 2015 Super Bowl. The message, referring to two of the bronco players, read: “Breaking news! Large Panther eaten by giant Ware-Wolfe.”

“It is a challenge to come up with fresh ideas, but I try to keep it interesting,” he says. You can see more below and on the Indian Hills Community Sign Facebook page. 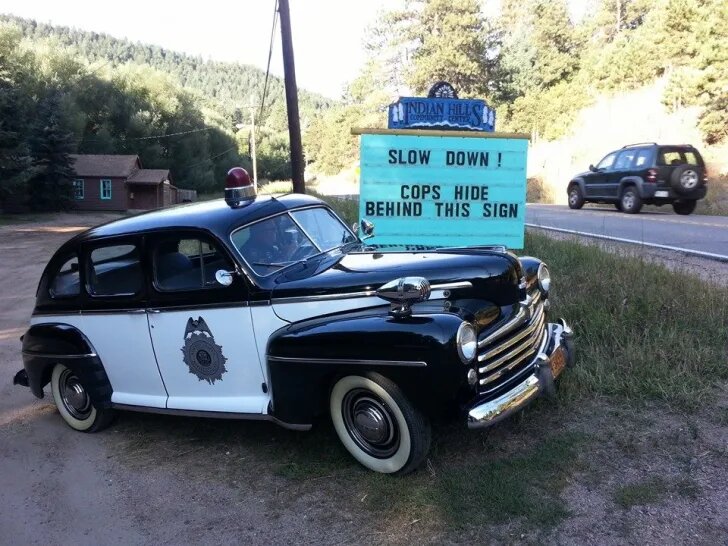 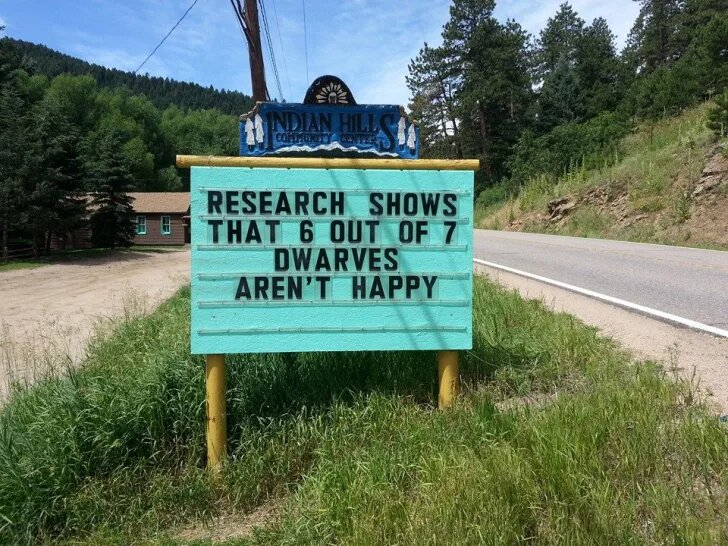 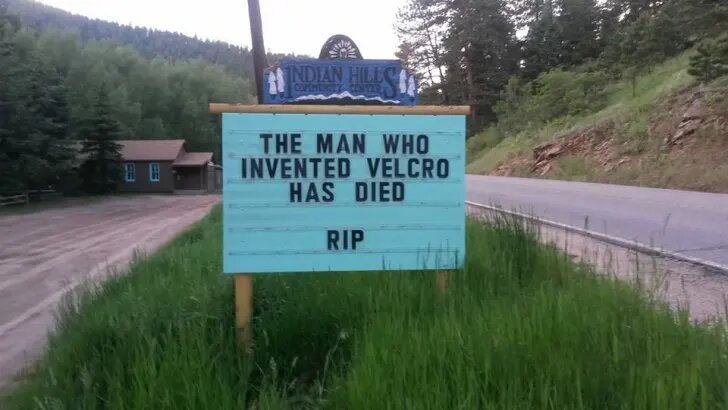 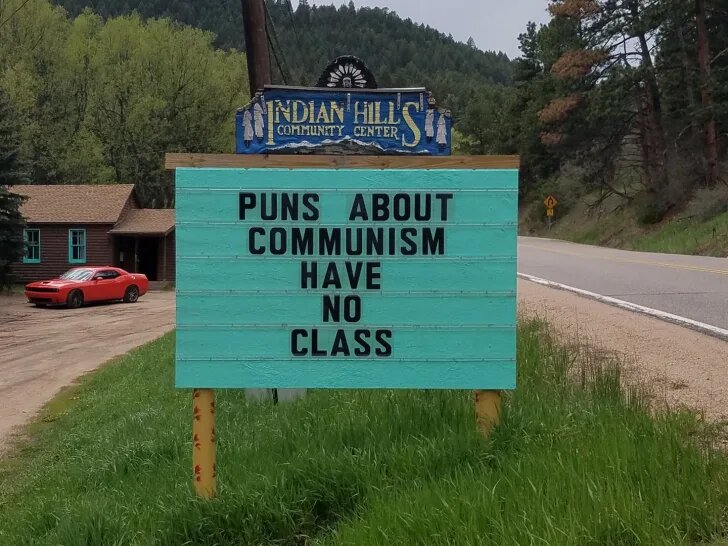 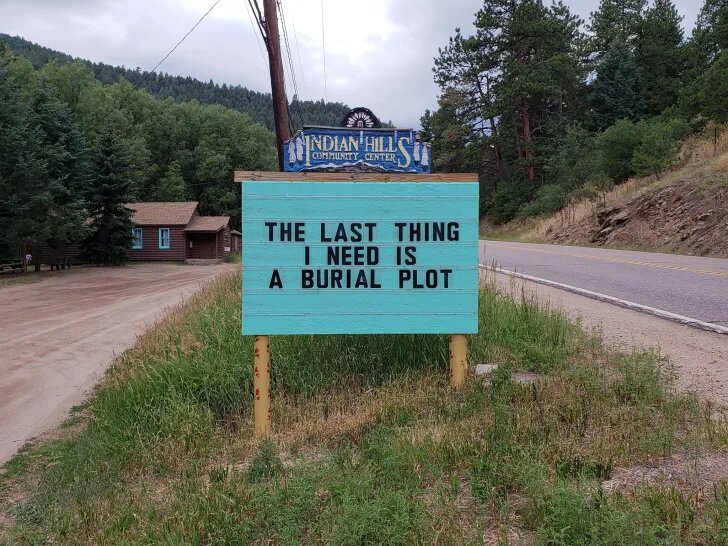 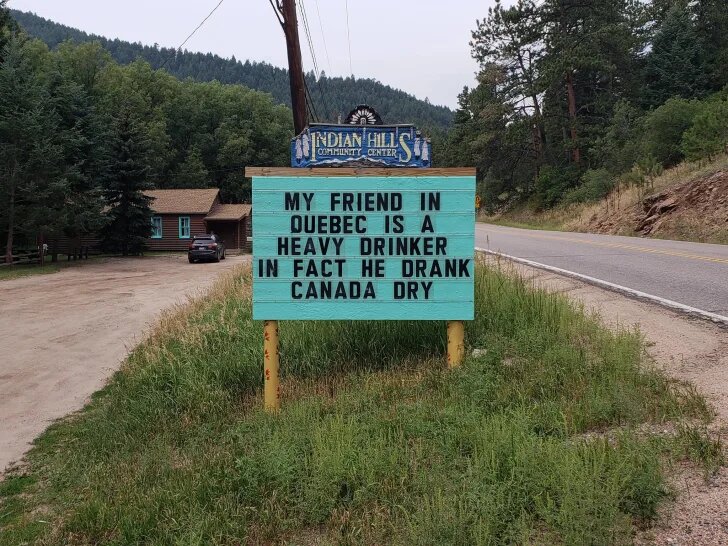 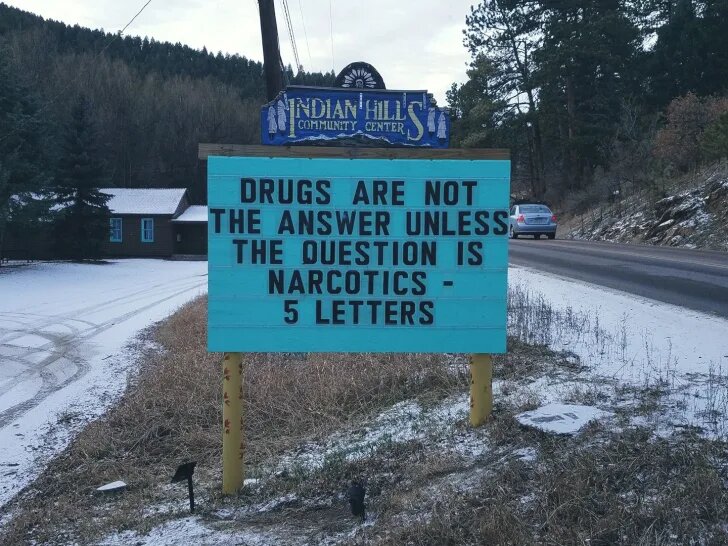 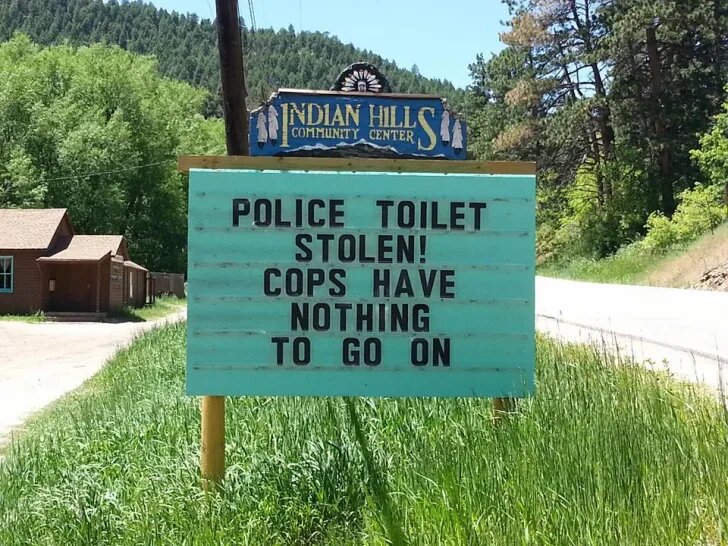