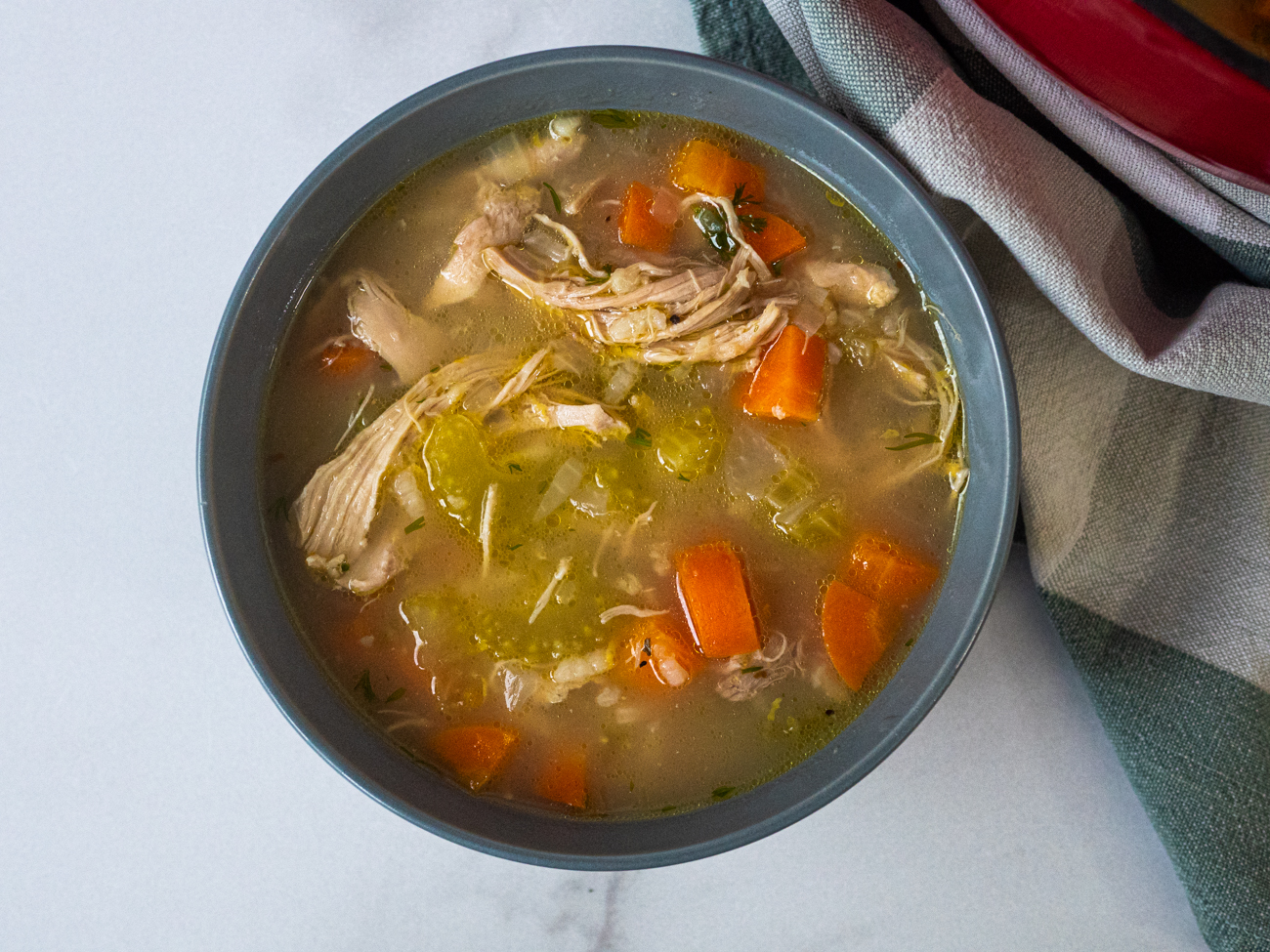 We all know that when you’re not feeling your best, nothing helps perk you up like a hot bowl of homemade soup. This soup here takes a cue from chicken noodle in the ‘feel better’ department but it has its own unique flair with a brothy lemon flavor that’s incredibly delicious. What I love most about this soup though is that it’s made entirely from scratch – broth and all – and yet it won’t take you more than an hour from start to finish. 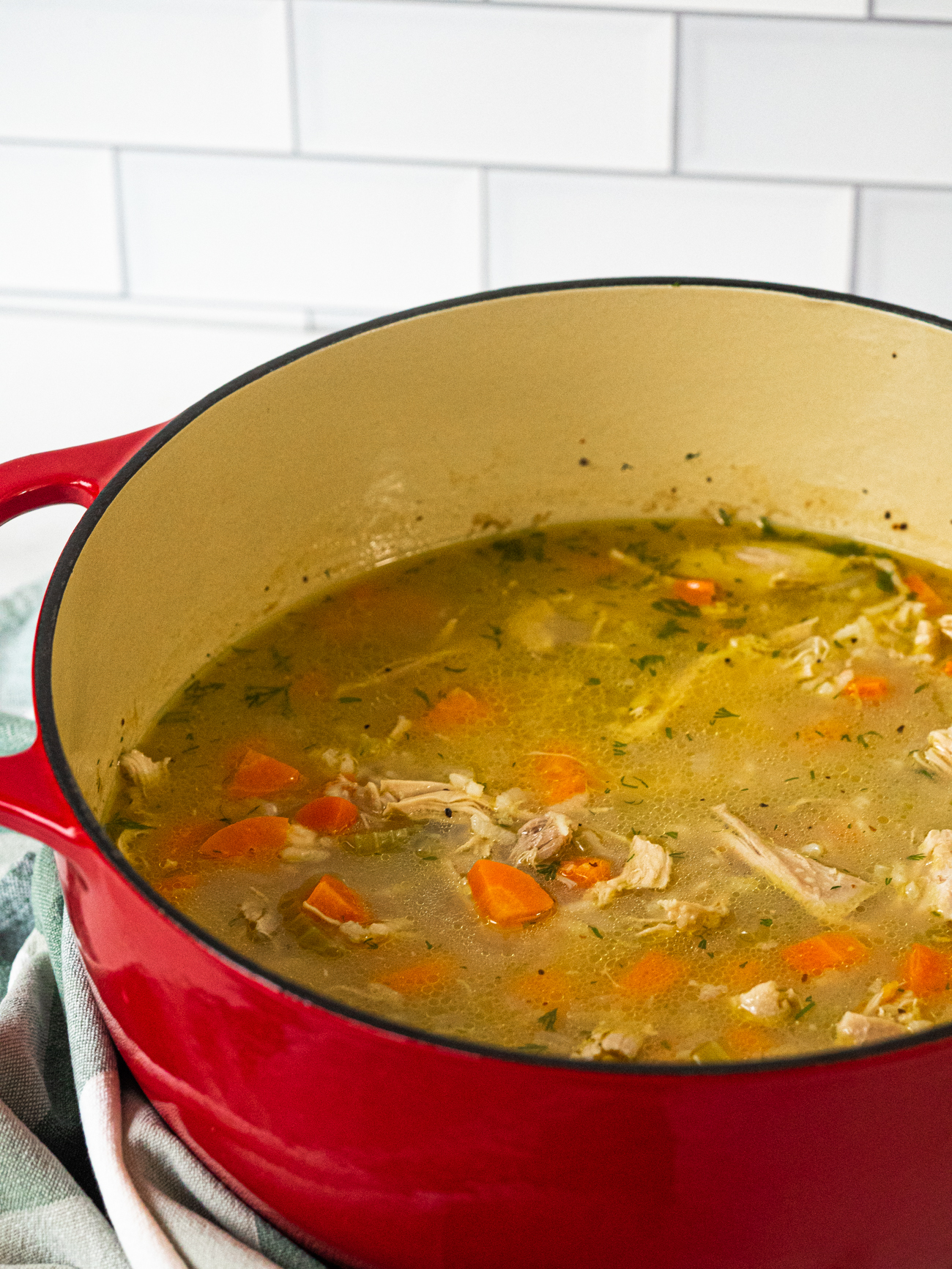 A nice homemade broth goes a long way to helping alleviate cold or flu symptoms, but they can take hours to simmer. This method is a shortcut version, where you’re using both the meat and scraps from the veggies that will eventually go into the soup as a base for the broth so there’s no waste at all. It doesn’t have the jiggly collagen of a 24-hour bone broth, but it’s still leagues above a carton of store-bought stock. 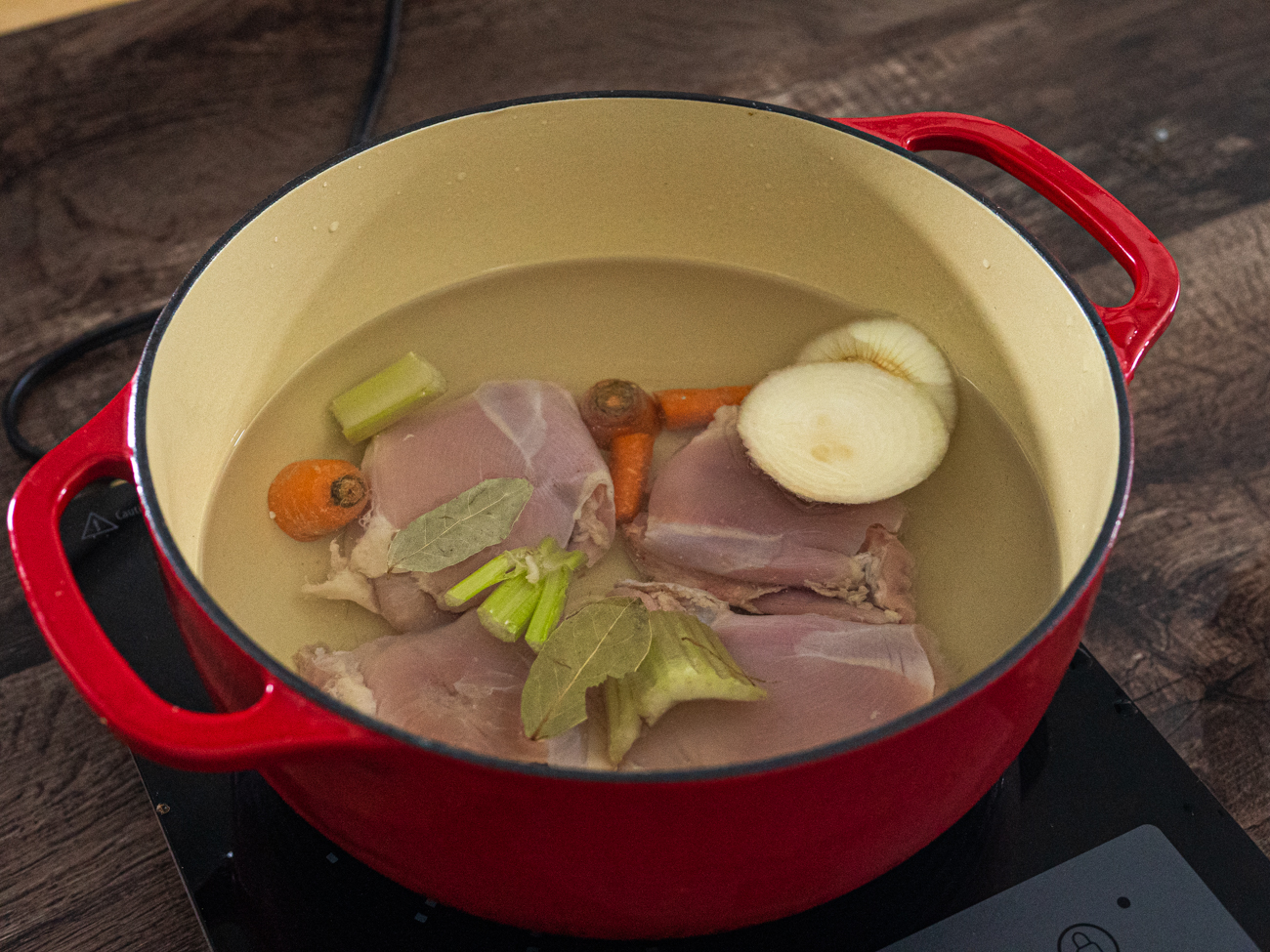 You just combine about a pound of chicken thighs with the scraps from the carrot, onion, and celery that will be going into the finished soup, cover them in water, toss in a couple of bay leaves and let it all simmer until the chicken has cooked through and all of those nutrients have gone into the liquid. 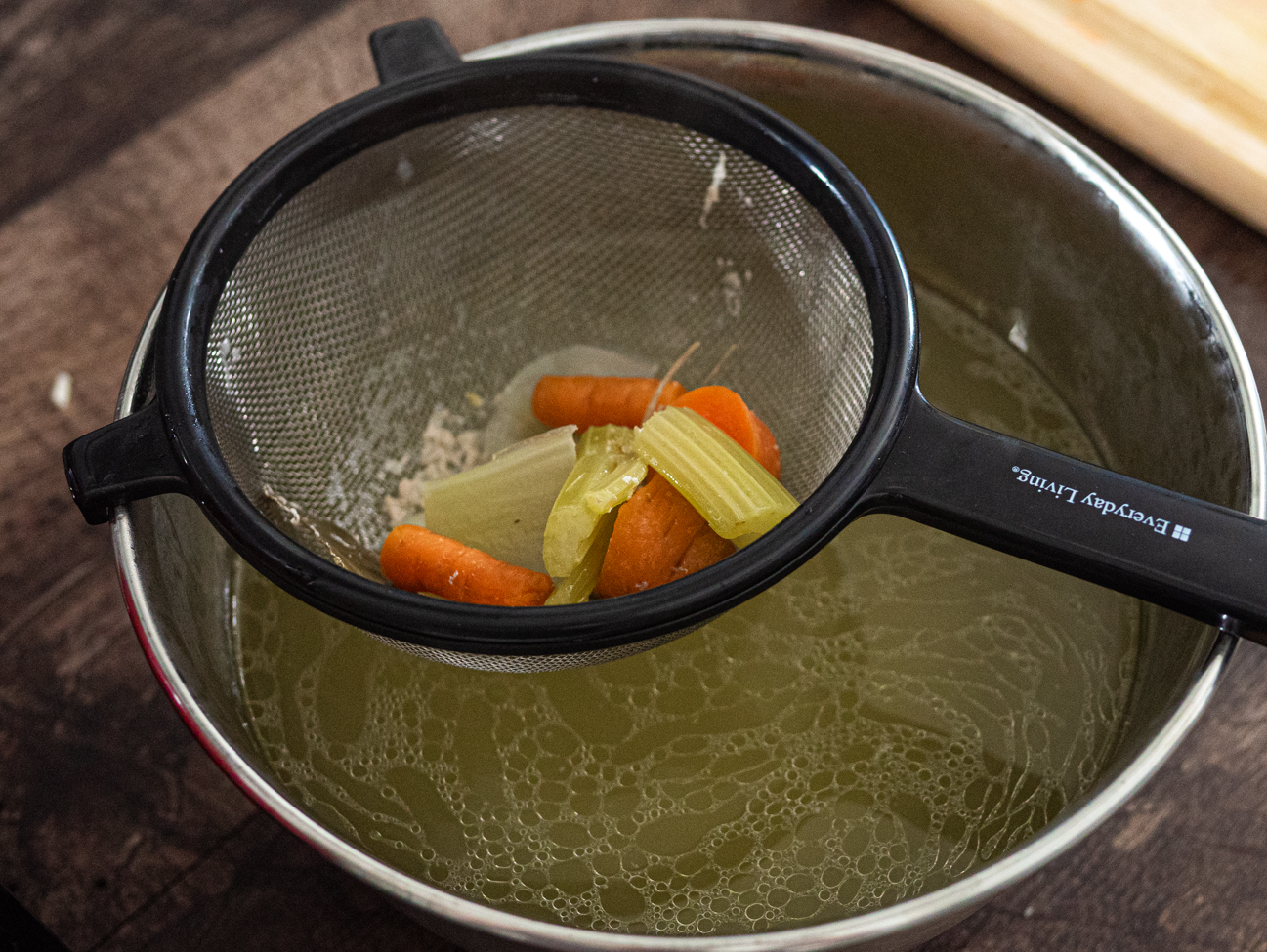 You strain the broth, discard the veggie scraps, and shred the cooked chicken for later use. 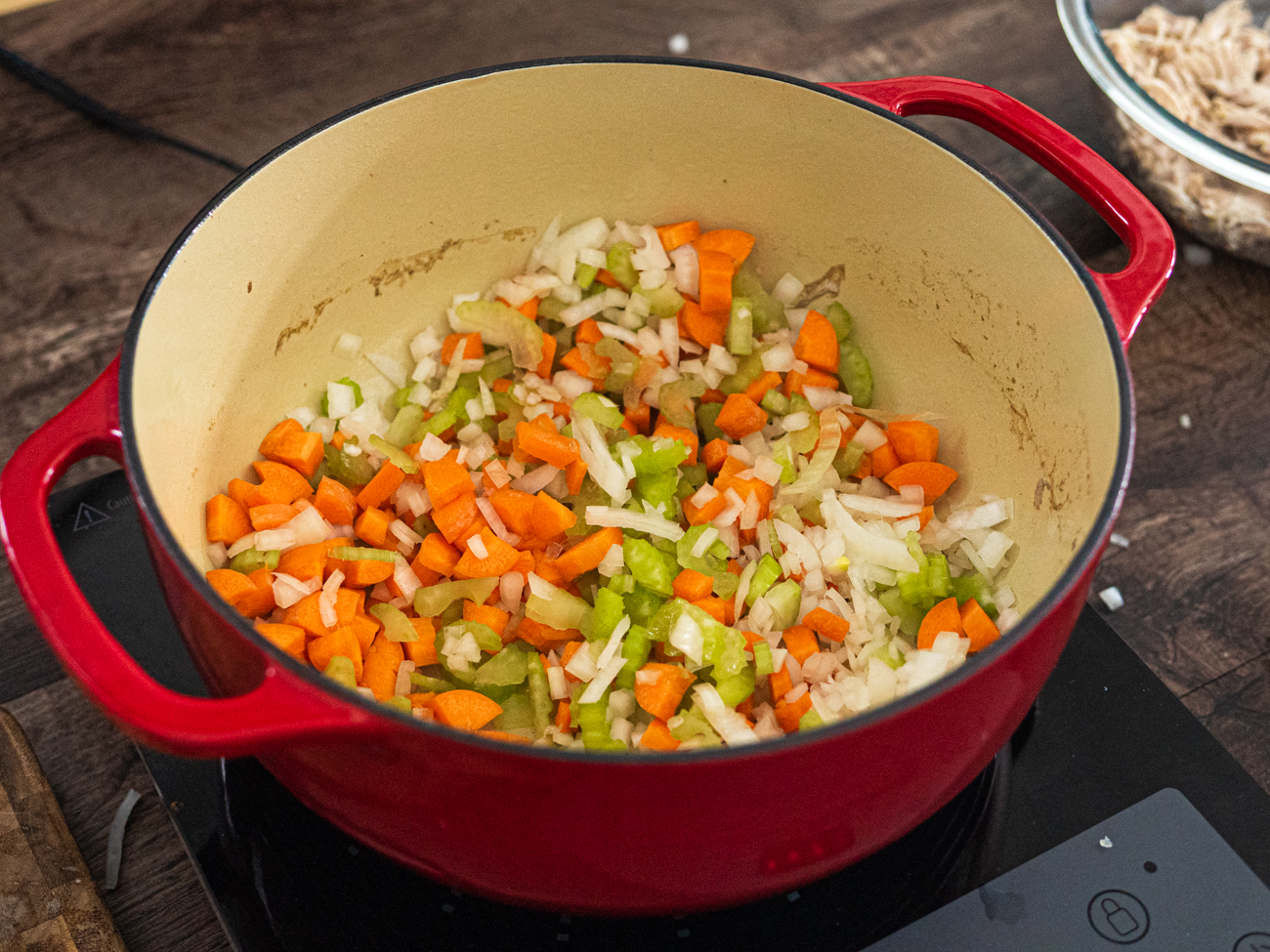 The carrot, onion, and celery get sauteed until they’re soft, and then they’re joined by some fragrant thyme and garlic. The chicken goes back into the pot along with some white rice, which keeps things filling but doesn’t overwhelm the soup. 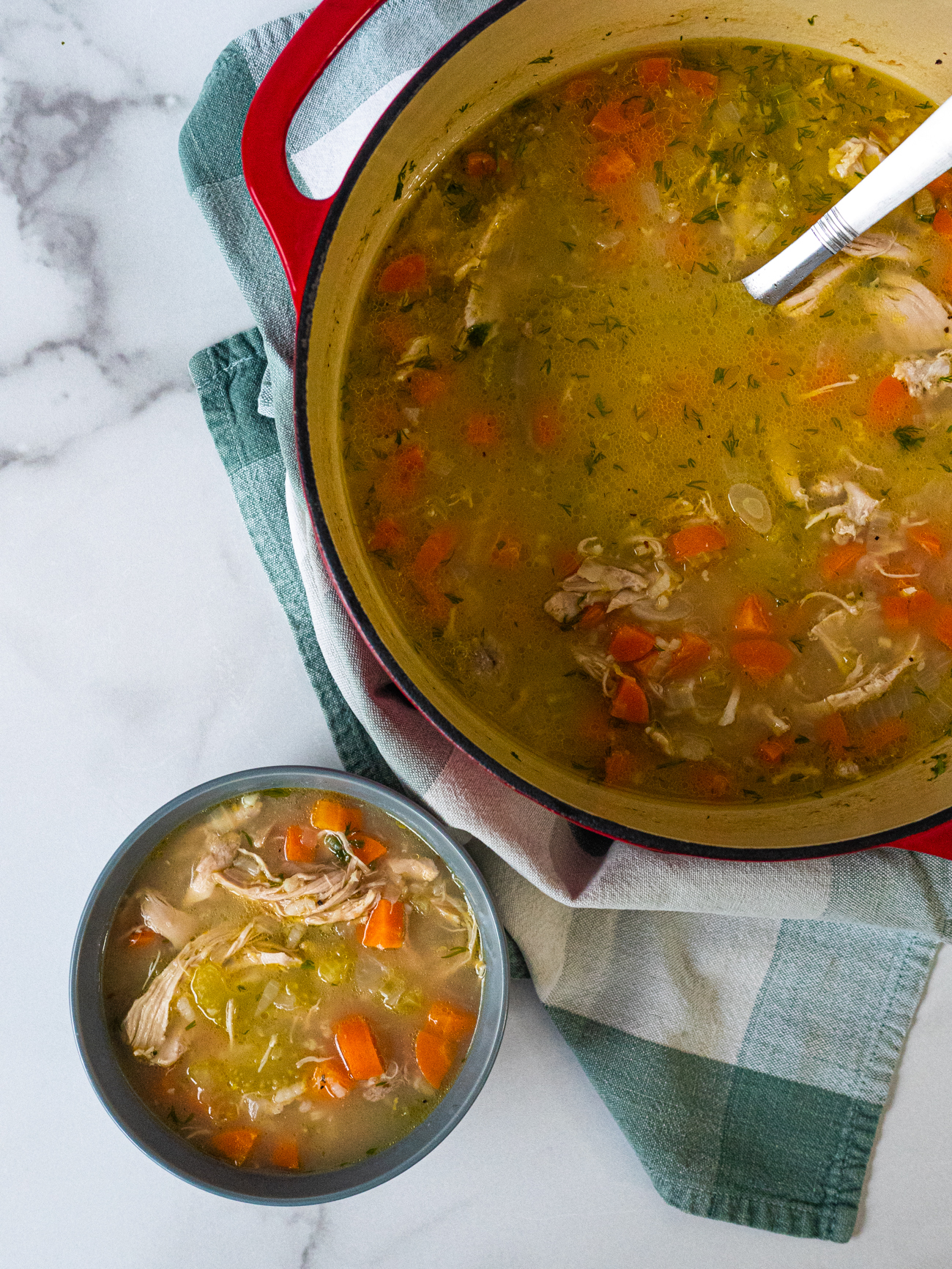 The broth you just made goes back into the pot and everything simmers for a few more minutes until the rice is tender and the flavors have come together. The only thing left to do is stir in a little lemon juice and lemon zest, which will brighten up even the gloomiest of sick days. 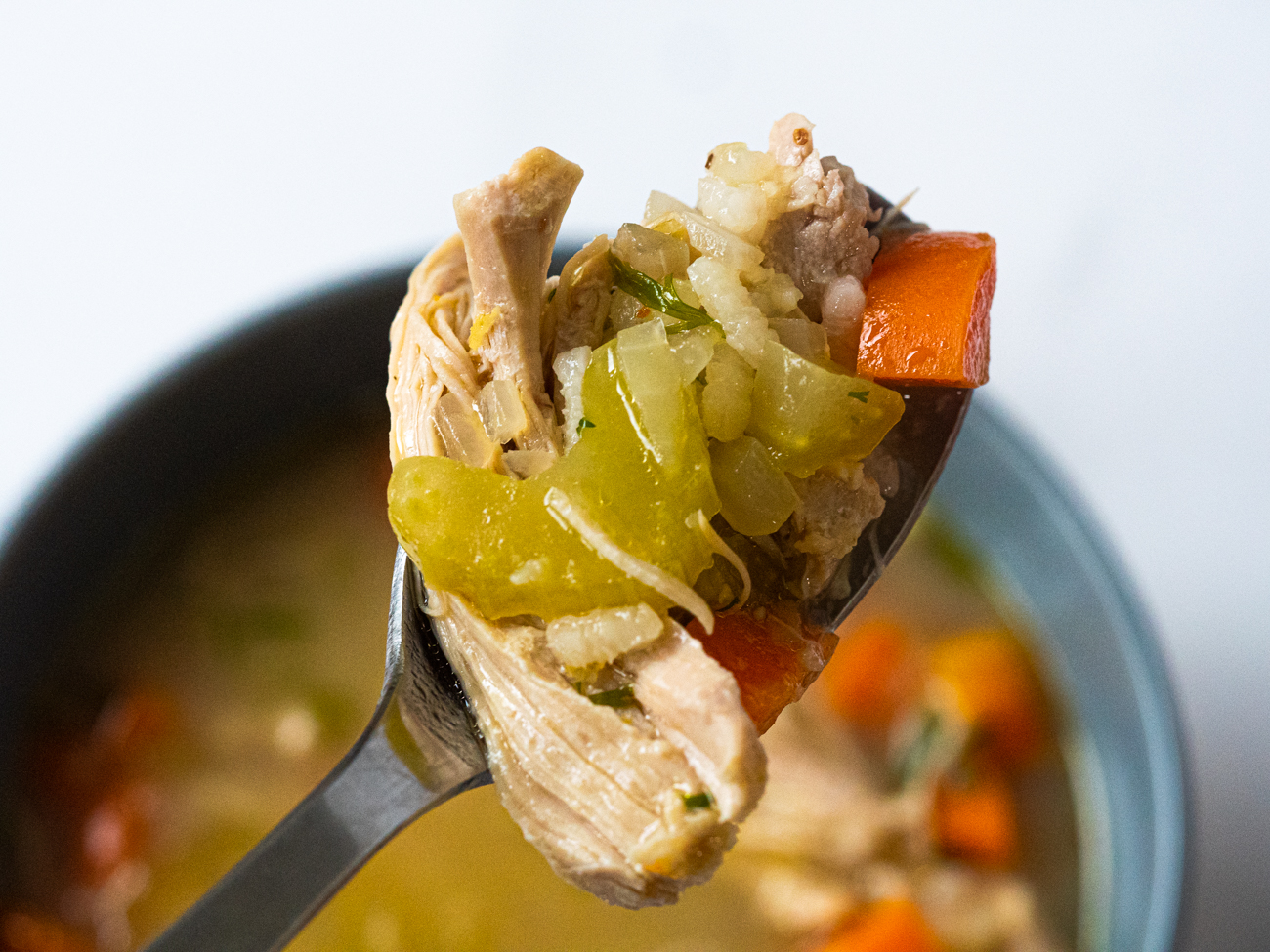