The Contents of a Civil War Surgeon’s Kit

In the days before modern medicine, surgery could be lethal and was always very painful. But, for soldiers injured during the Civil War, the options for medical care were very limited. With no pain drugs, antibiotics, IVs, or other treatments, often times amputation was the only way to make sure that gangrene and other deadly infections didn’t set in. A Civil War surgeon’s job reflects these awful realities, as some of the graphic images below certainly show. 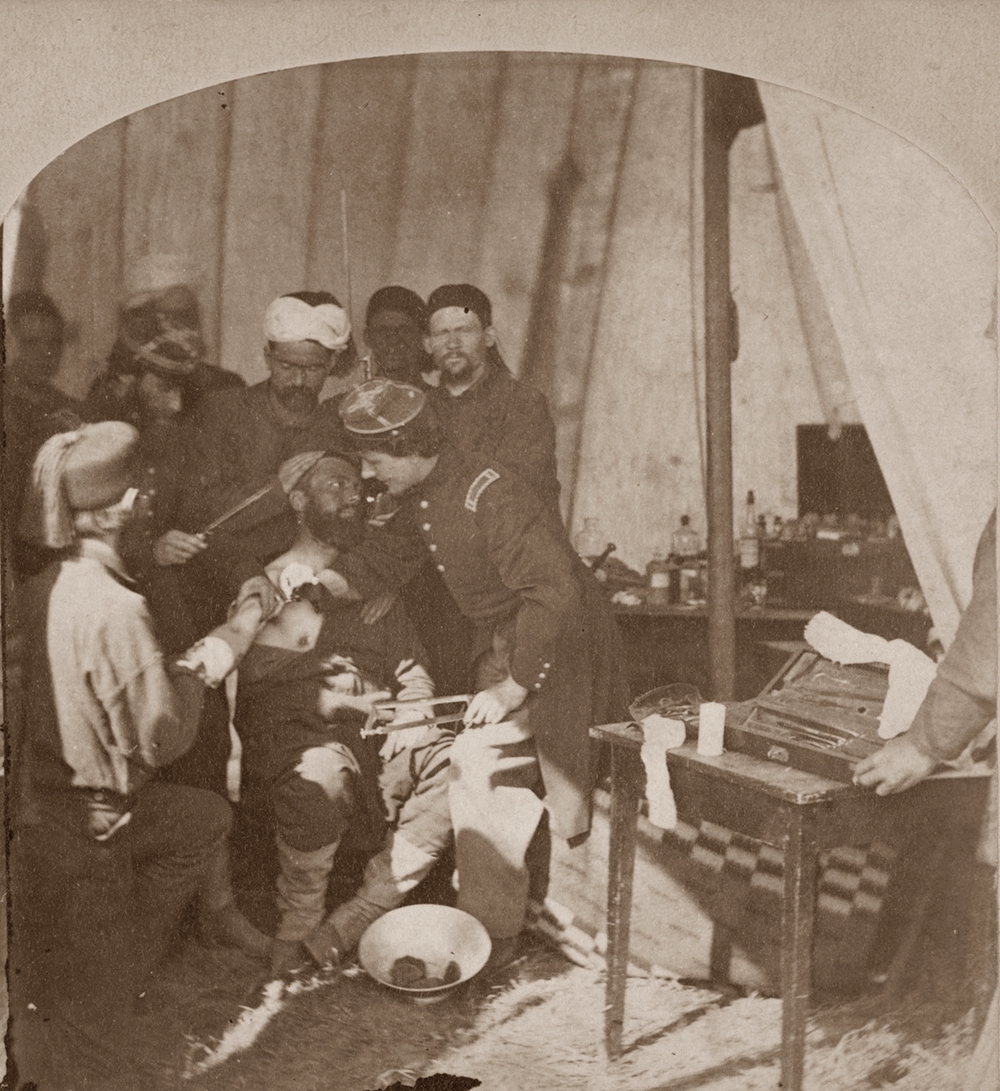 1861 surgery in a regiment of Zouave soldiers fighting for the Union. Via/ Library of Congress

Surgeons on the battlefields were expected to supply their own tools. Their precious medical tool chests were filled with all manner of extractors and bone saws for the surgeries which would have been done in triage, usually without pain medicine.

Often times soldiers only had a leather strap or piece of wood to bite down on as a coping mechanism for the searing pain. While it sounds inhumane and gruesome to us today, nearly all surgeries of the era were like this. Only the wealthiest could afford to be given laudanum, ether, or chloroform.

In the case of Civil War hospitals, it was only the officers who were given these drugs to help with the surgeries. Little more than 10% of the soldiers who were injured or died during conflicts of the Civil War were given any kind of anesthesia. The most common form of anesthesia and or pain relief actually came from whiskey. 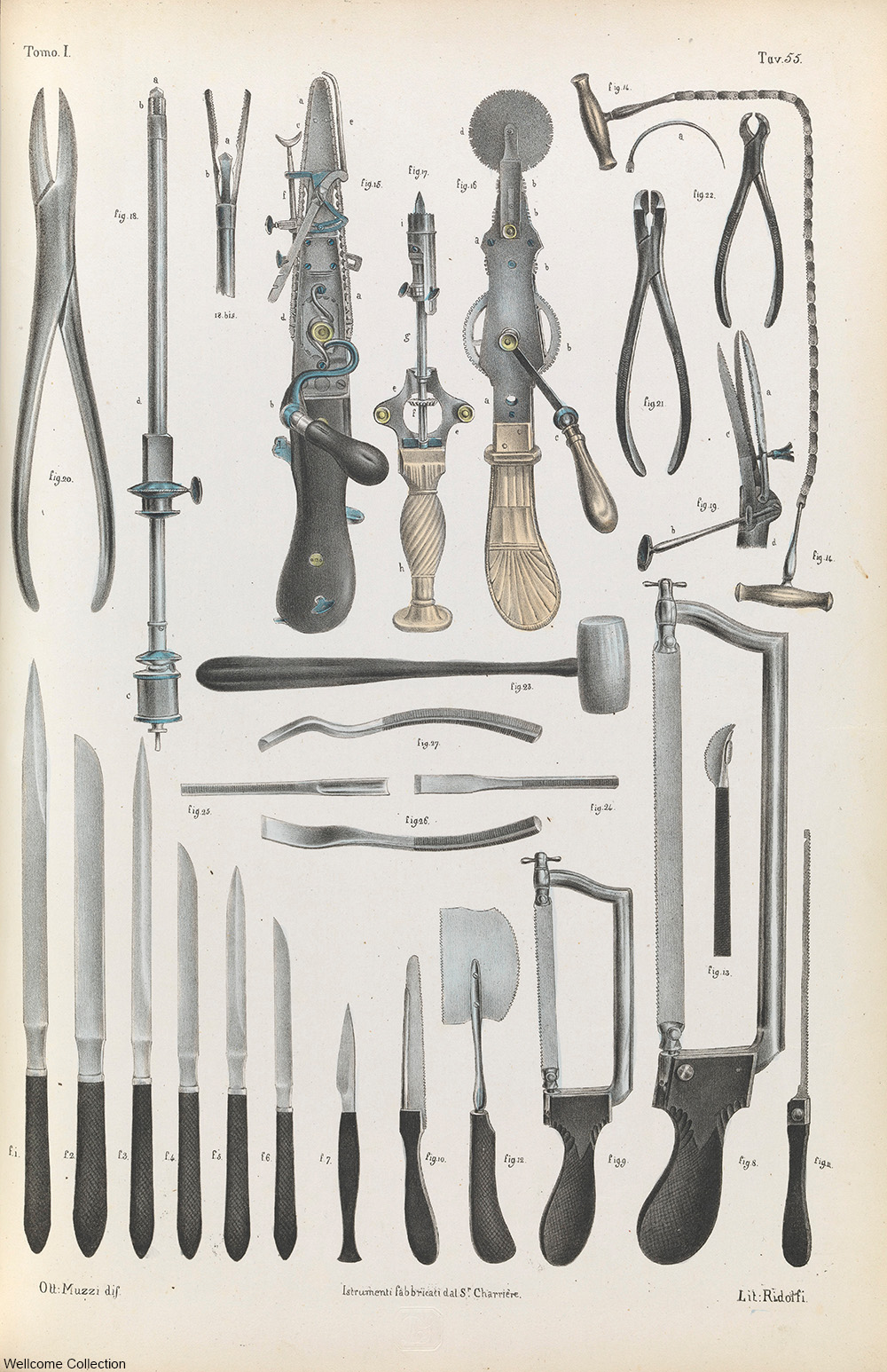 A full surgeon’s kit from the 19th century (shown above) might have included many sizes of knives, a hand-cranked saw to speed the process up a fair bit, or other tools to aid the surgeons in his work. However, the field kit of a Civil War surgeon would have been much abbreviated, containing only the things absolutely necessary to perform the most basic of surgeries.

Files, picks, a bone saw, tweezers, and usually some sort of tourniquet would have been fitted into a small chest, which would have been the surgeon’s prized possession.

The kit below is a “pocket” version of the surgeon’s kit that belonged to Mary Edwards Walker, the first female assistant surgeon in the U.S. Army during the Civil War. The kit contains many knives, scissors, picks, and files, but does not appear to contain any bone saws. Perhaps this smaller kit was used for bullet extractions and finishing work. 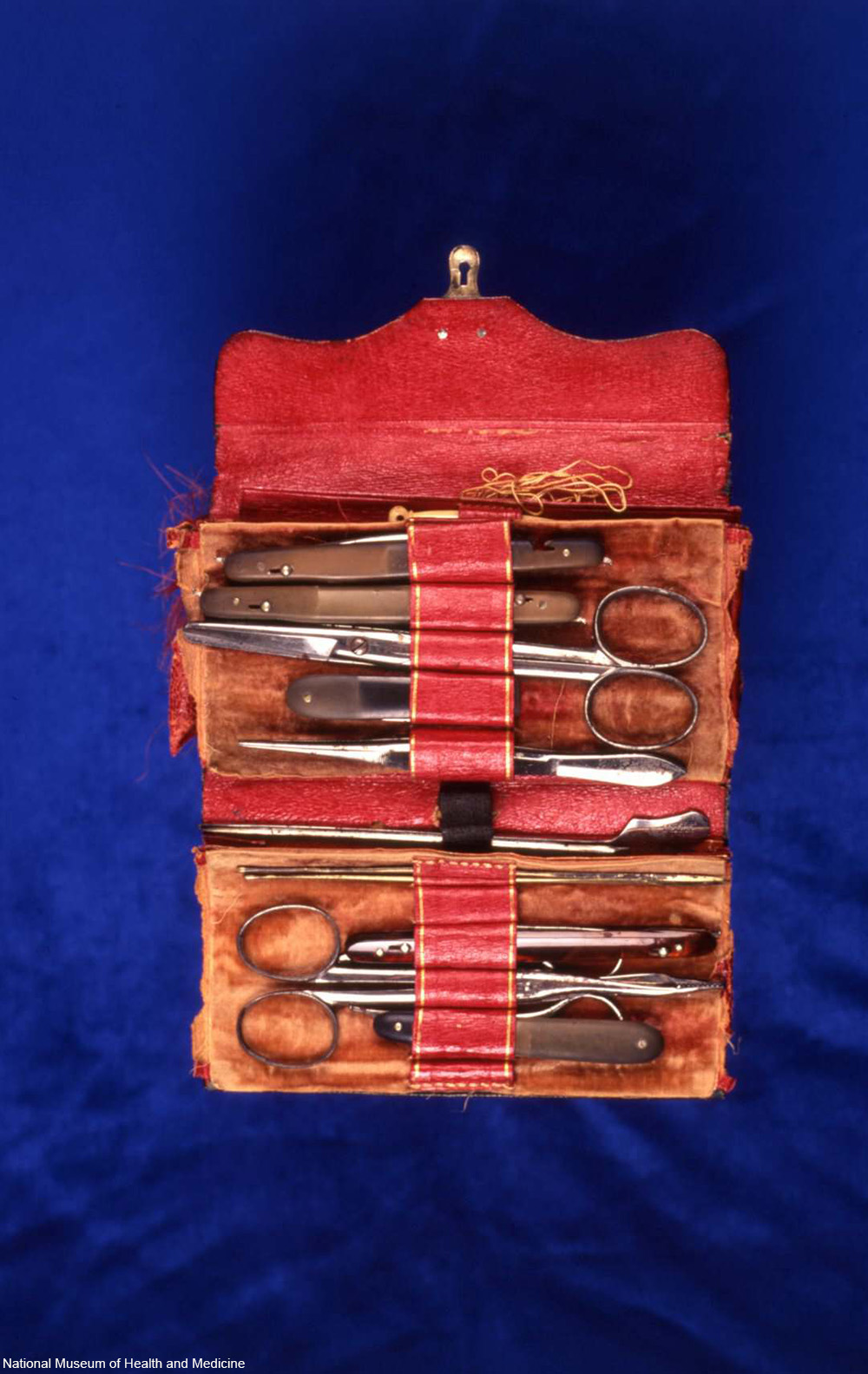 War surgeons did their best under truly appalling conditions. Sometimes limbs would pile up because the amputations were so numerous and then later would be buried in shallow pits containing the discard limbs of many men. And, at the time the medical field was blissfully unaware of microbes and bacteria, meaning cleaning the tools between patients was not a concern. 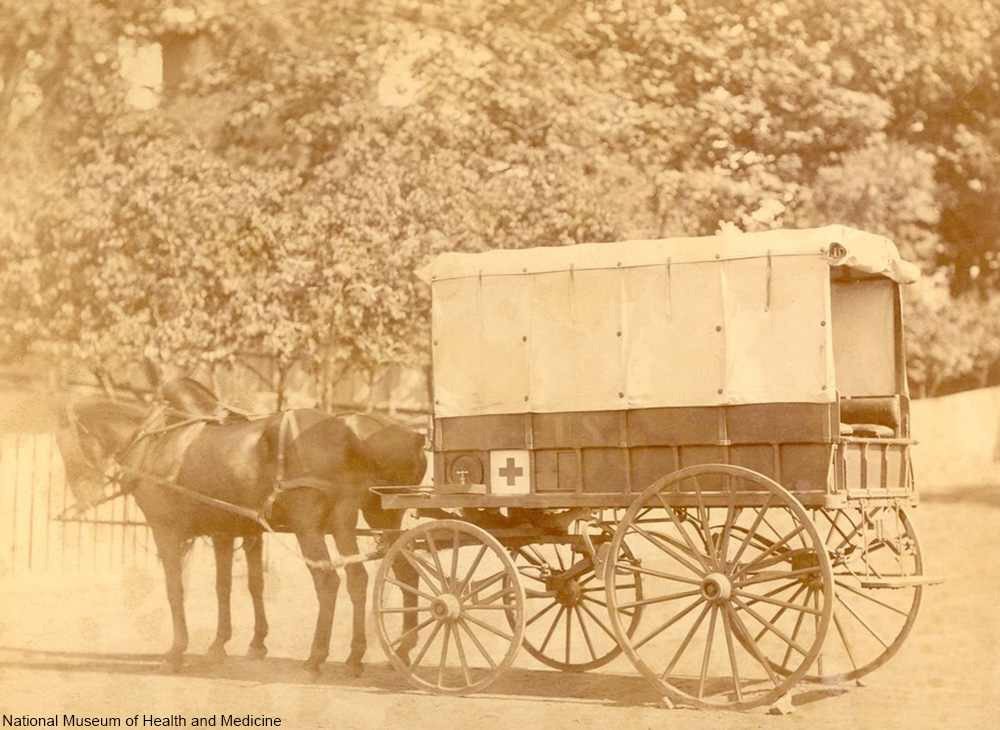 While knowledge on germ theory was completely absent, at the time doctors did know that the further away from the trunk the amputation was the greater the chance of survival for the injured. This meant that doctors likely only took off as much as they thought necessitated by the injury and no more. However, some medical records show that multiple amputations on a single limb were needed due to recurring infections. 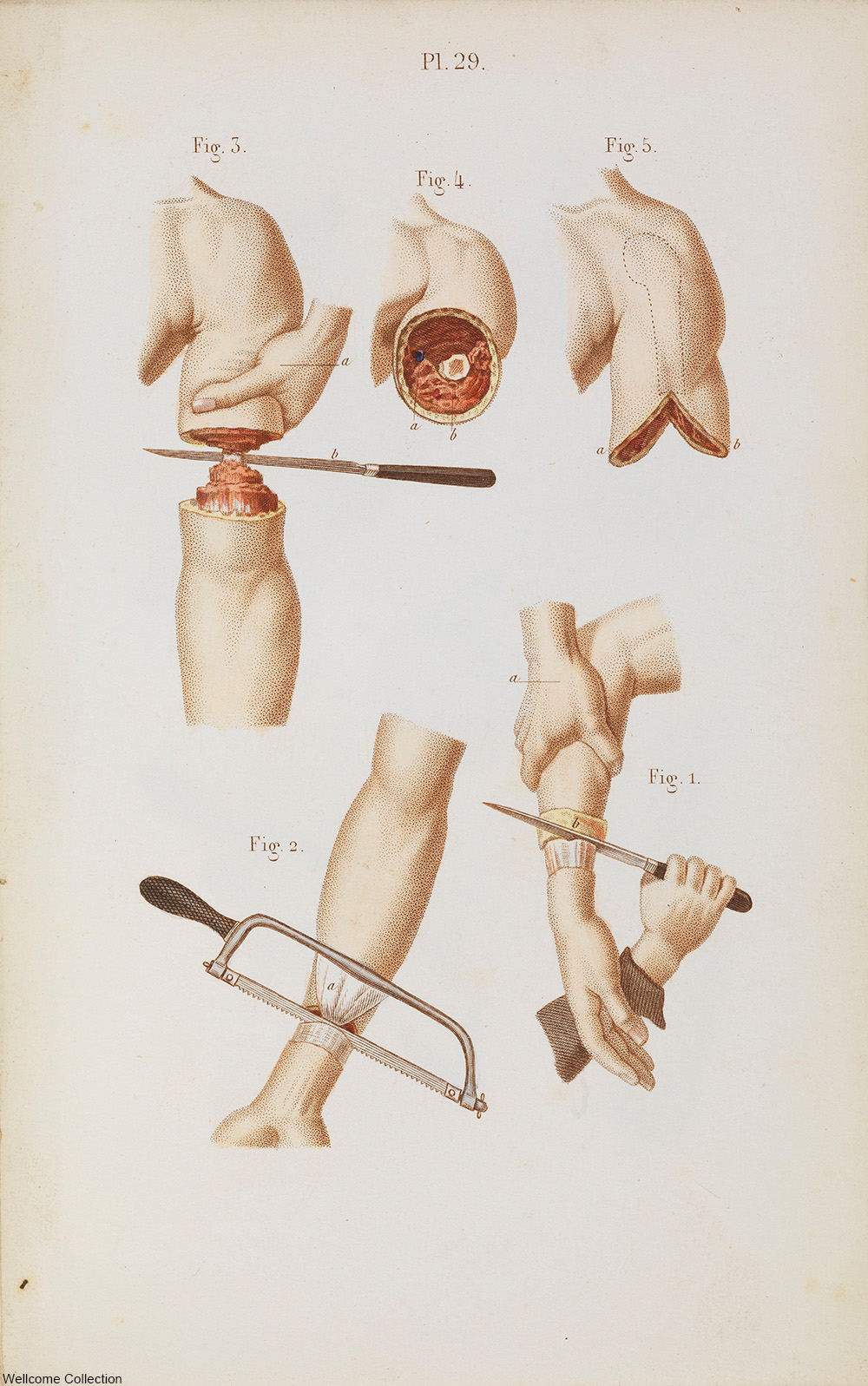 Despite the horrifying medical care, removing the bullets made from lead (called minié balls) was a good staring point to avoiding gangrene. Some unfortunate soldiers had to undergo multiple amputations when infection from the first surgery set in.

Have a look at a Confederate surgeon’s surgical kit in the video below from the National Museum of Civil War Medicine.