Chipotle Releases Queso Blanco Dip And The Internet Is In Love

Chipotle lovers know that the guac is usually the main point of emphasis during one of their orders. It’s the star of the show and rightfully so. However, there is a new sheriff in town. Chipotle is now providing its customers with a new kind of queso and we hope that it is every bit as delicious as it looks. Queso Blanco is the newest addition to the company’s menu.

The queso was officially released Thursday, February 27th, 2020. While you might be wondering why the addition of queso to the menu would be newsworthy, this new item is actually going to be replacing their old queso!

13 real ingredients are used to create this queso. White cheddar and Monterrey Jack lead the way. Chipotle peppers, poblano, and serrano are also included. The queso that was being used before did not have a lot of fans, and Chipotle listened to the complaints and created this new queso that’s already got a raving fan base.

Queso Blanco was actually tested at various Chipotle locations last year. The tests went so well it was launched nationally. But, Chipotle did the test knowing that if it didn’t go well, it was back to the drawing board.

This is a company that is willing to test out products, learn, and gauge the feedback of their clientele. 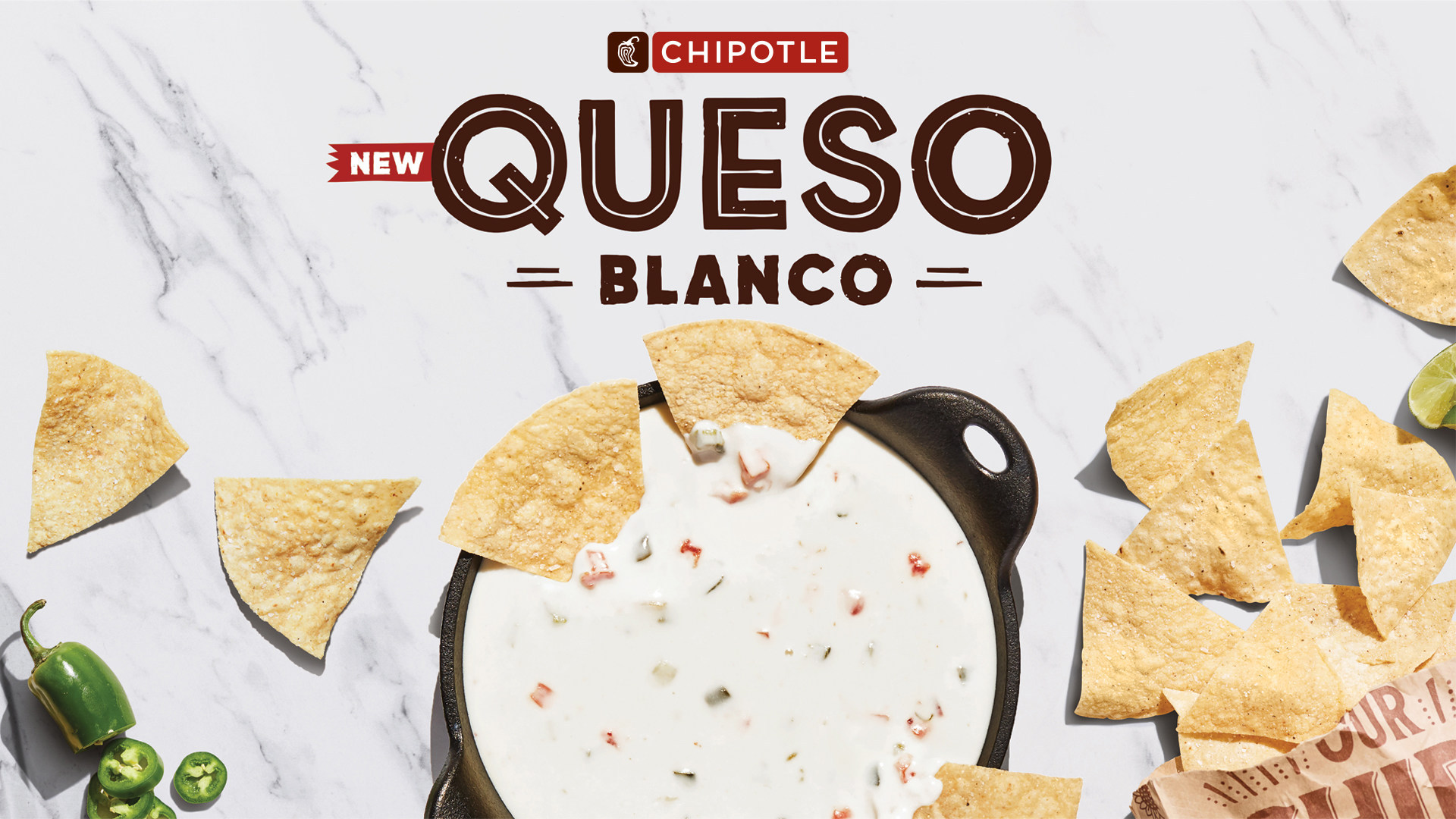 We are expecting this queso to be a massive hit with everyone who loves this chain. They wouldn’t be launching new queso to replace their former queso unless it was absolutely stellar. And, based on test reviews, the feedback is overwhelmingly positive. Are you as excited as we are about this new Queso Blanco?