The Chilling History Behind These Classic Nursery Rhymes

The rhyming tradition in England goes back centuries and has influenced everything from nicknames to children’s tales. The nursery rhymes we’ve grown up with seem innocent, as illustrated by pastel drawings in children’s books. Some of the terminology is so antiquated to seem like nonsense words to small children (what is a tuffet anyway?). But, some of these old nursery rhymes have some very dark origins. You’d be surprised how creepy they are! 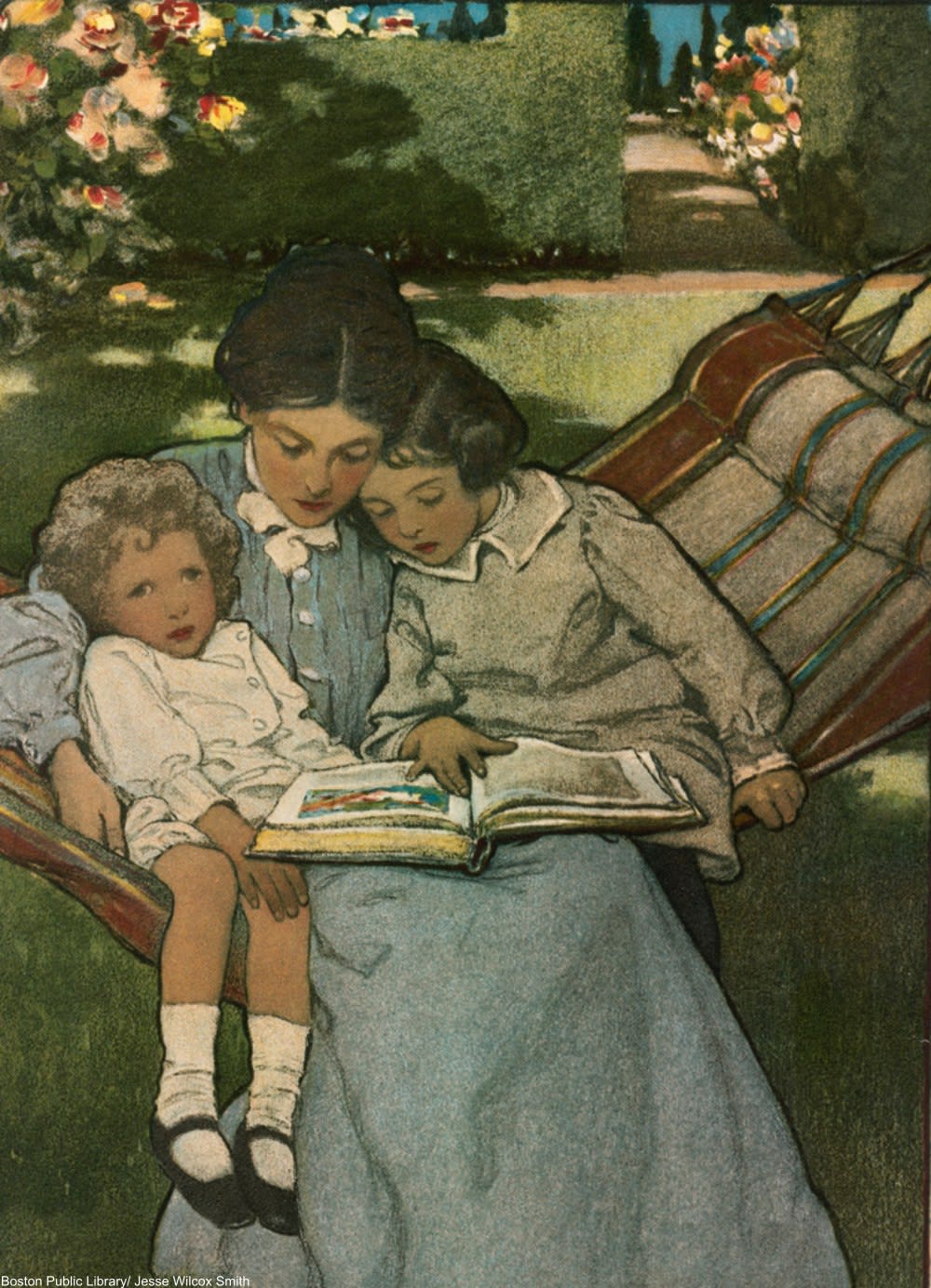 The unfortunate history of many industries sadly involves child labor. Lacemaking in particular was a commercial endeavor for which children were used for many decades all across Europe and the colonies in the 1800s and even into the 20th century. The children’s tiny hands and unfettered eyesight made them ideal candidates for production. 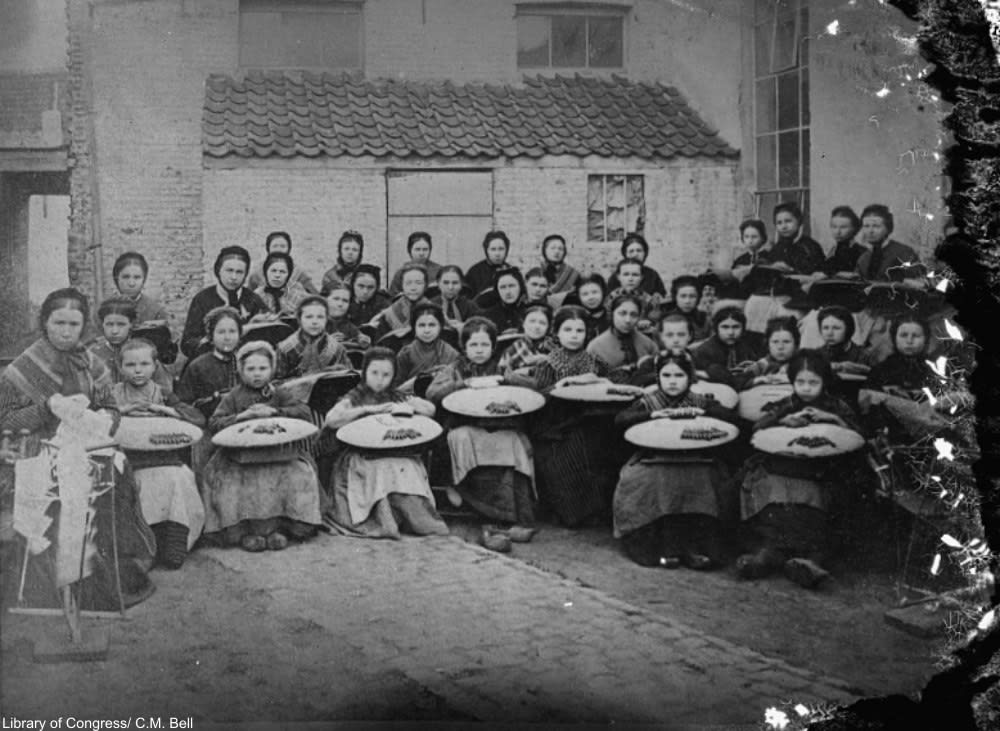 Orphanages sometimes specialized in lacemaking, touting the practical skills that they were teaching the children. However, so extreme is the work that some young women went blind at early ages from the strain on their eyes.

These schools would teach the children songs which helped them in their lacework and these rhymes not only kept them from being bored, but also encouraged a certain pace of work from the children. These songs or rhymes are called tells and there are many such lace tells that were used to keep children working. 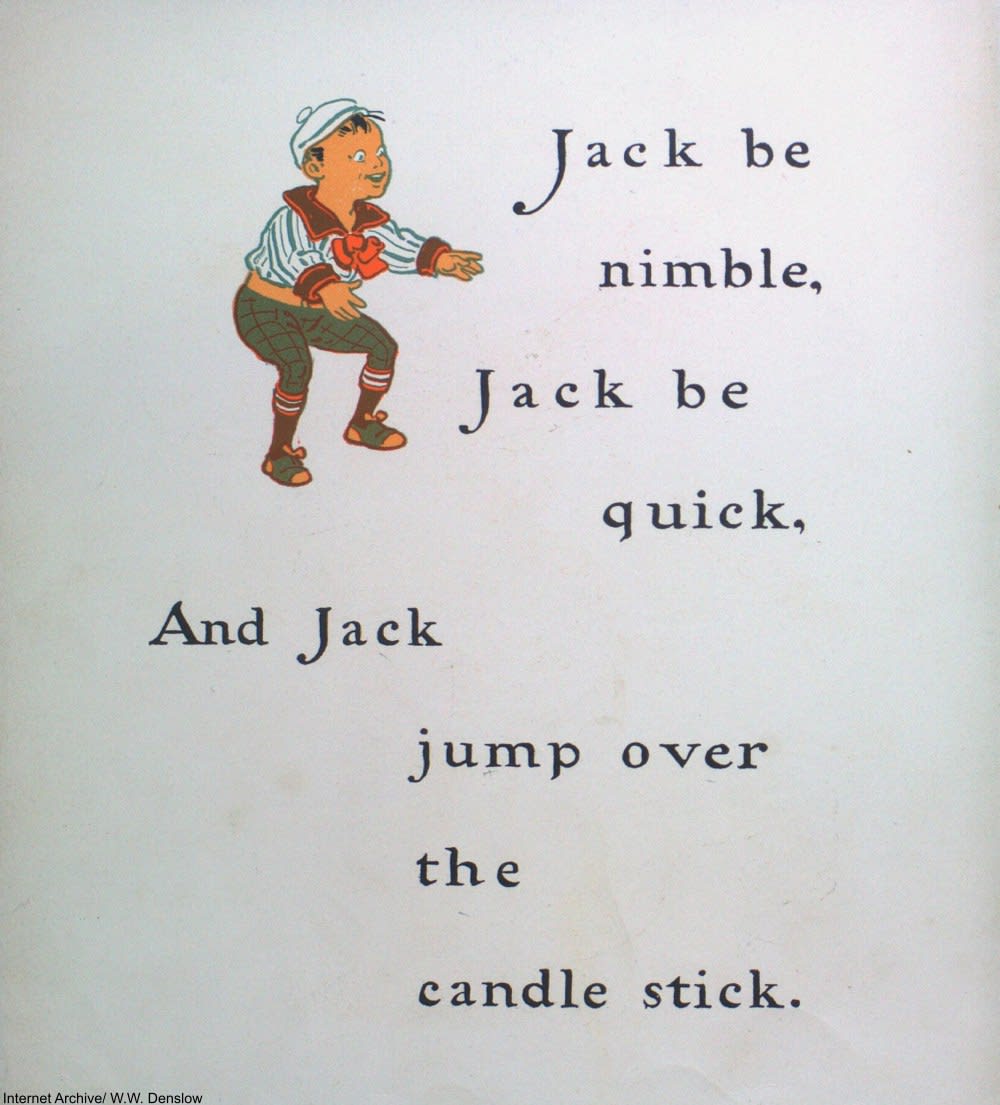 Sometimes the tells gave them instructions. For example “Jack Be Nimble” is a coded set of directions for how to manipulate the threads. Though the rhyme was probably not created for this purpose, the lace industry is how so many children learned it. The original creation of the rhyme is said to have been a double entendre, at once referring to the pirate Black Jack, who managed to escape the authorities at every turn.

The other common association is the popular children’s game of jumping over candlesticks– if the flame stayed lit then it was good luck. This had been previously been achieved over an open fire but was ceased in the main after so many children got hurt.

Jack and Jill Went Up the Hill

During the reign of King Charles I in the 14th century, the monarch sought to increase taxes. He did so by decreasing the size of taxable units of liquids while keeping the tax the same on these measurements. 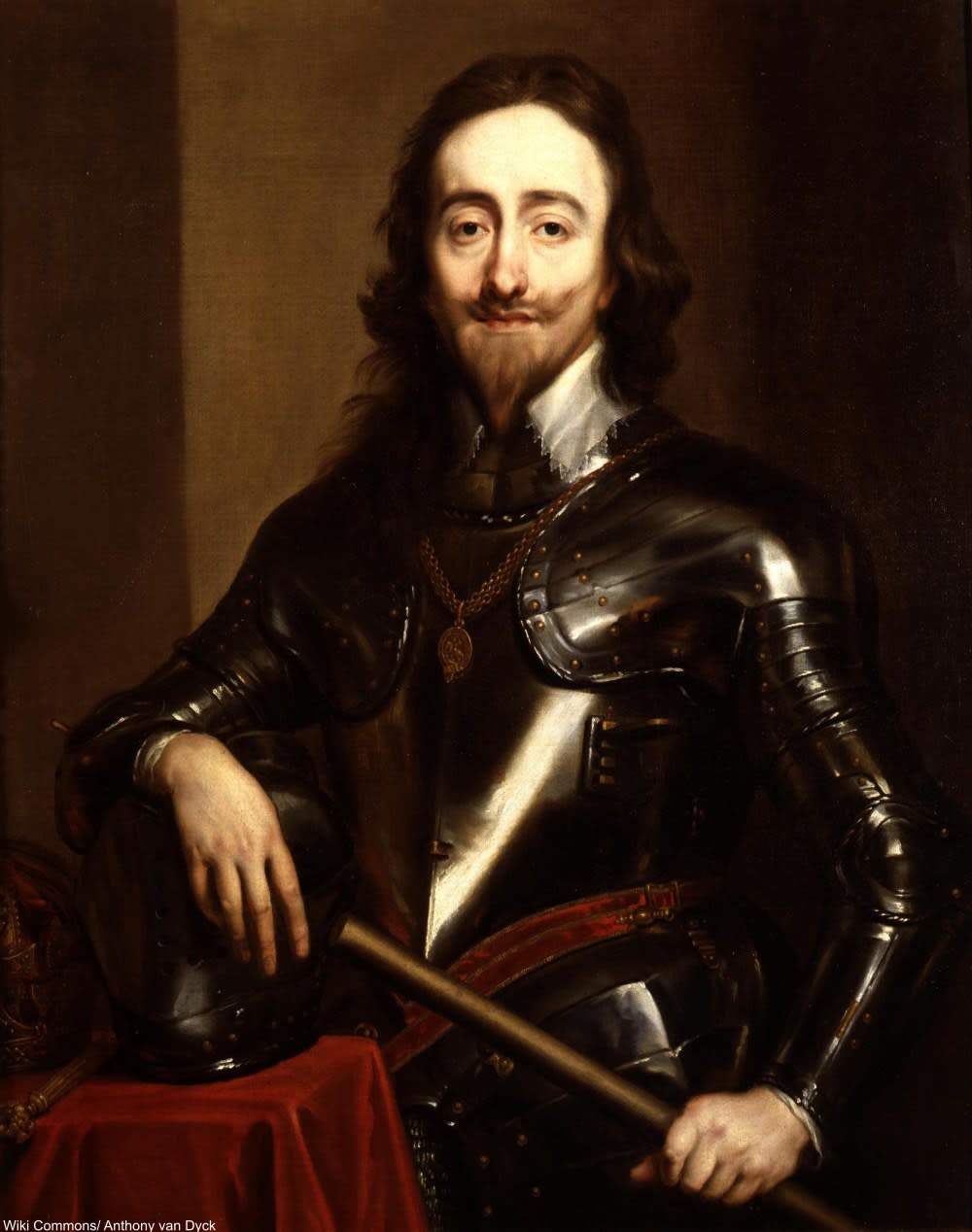 The most common at the time were the jackpot (often called a Jack) which was reduced first and the gill (also spelled “Jill”) which soon followed. King Charles I was tried and executed for treason in 1649 during the English Civil War. 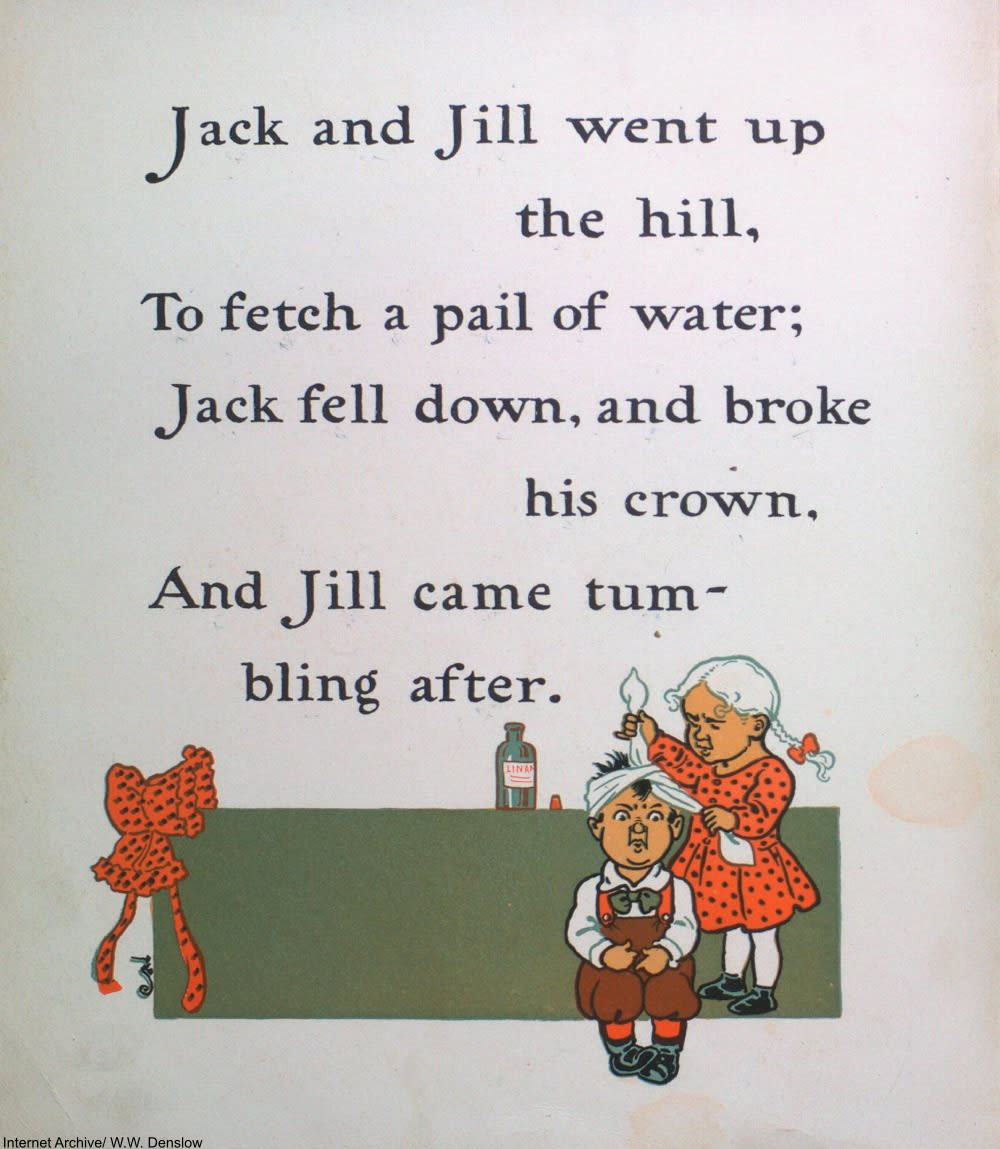 Paying more for the same amount of liquor and other goods was something people were not about to take quietly, hence the mocking rhyme.

Queen Mary I of England had only a short reign of two year as ruler in the 16th century, but during that time waged a war on the Protestant movement. Under her orders hundreds of Protestants were burned at the stake and she earned the nickname Bloody Mary. 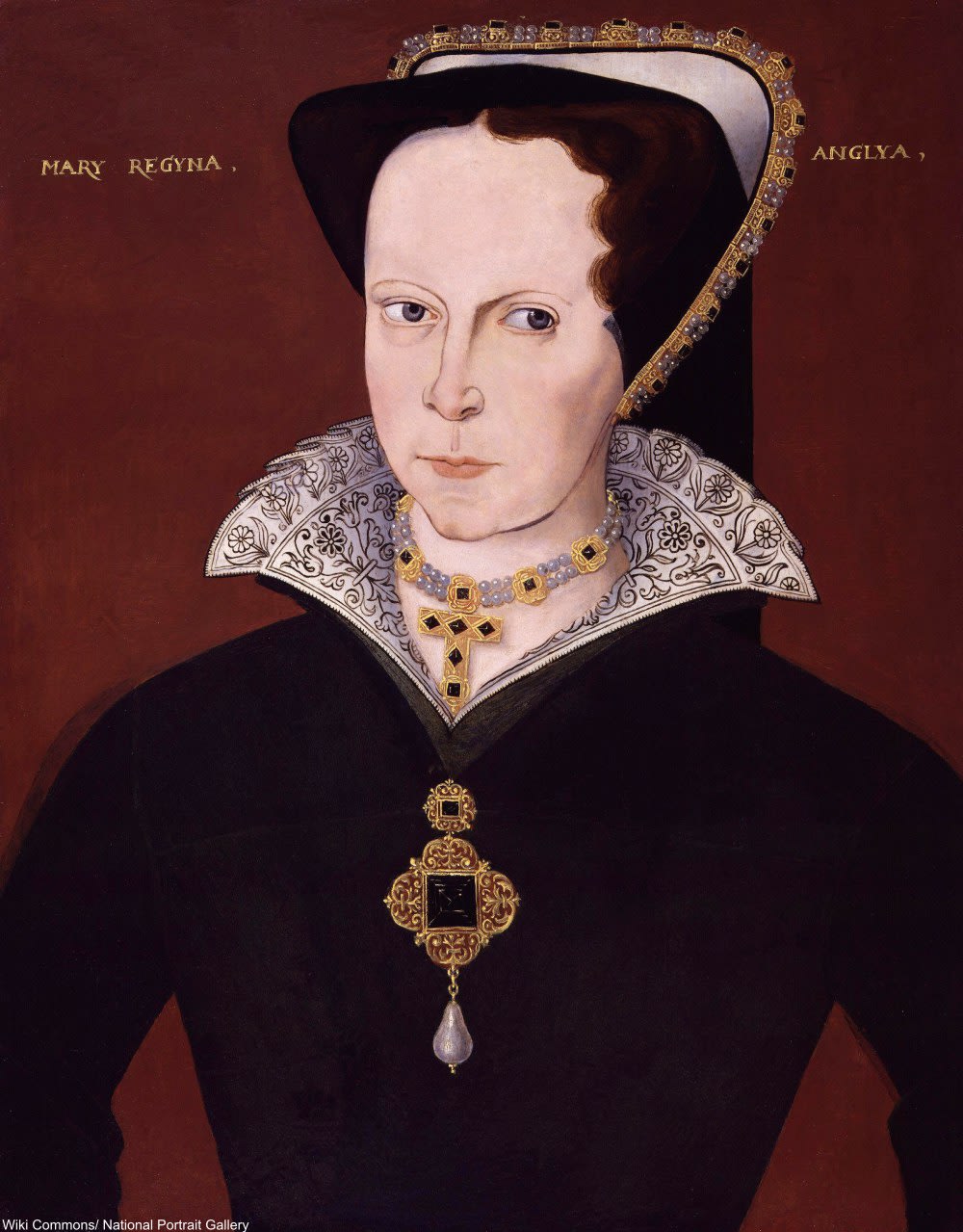 The nursery rhyme asks the question: “How does your garden grow?” which is a reference to the fact that Queen Mary I fell pregnant, but never bore a living child. 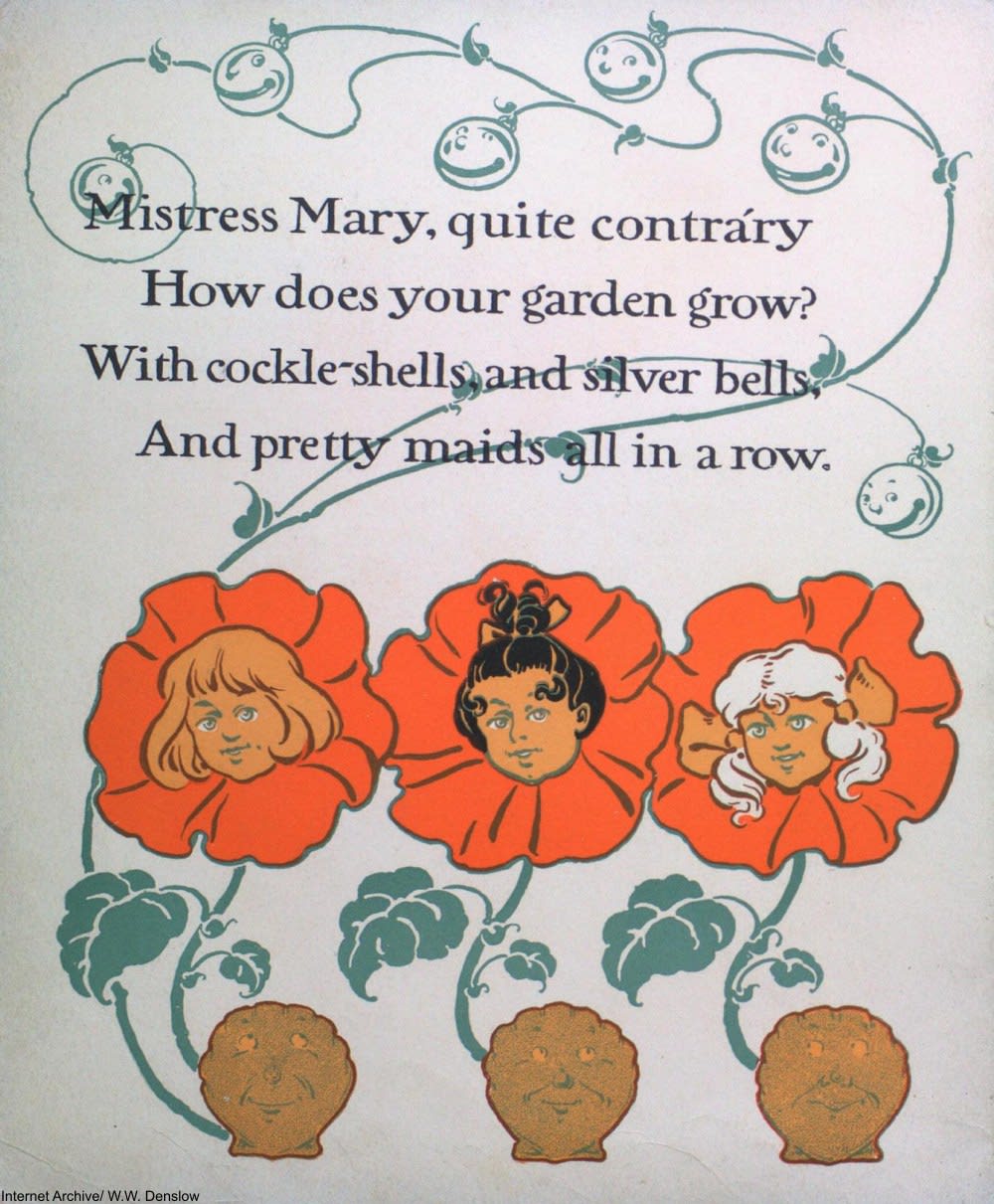 Silverbells and cockleshells are medieval torture devices, things which may have been used on Queen Mary’s enemies before they were put to death. “Pretty maids all in a row” may refer to those executed. However, some have a more innocent reading of this rhyme which harkens back to Mary Queen of Scots and dress decorated with shells that her husband gave her. The rhyme is not known in print before 1744 while both of the Queens lived in the 16th century.

It’s a good thing most children learning nursery rhymes have no idea about the link between these sweet poems and some pretty gruesome history.

The sad stories behind these happy songs: Click “Next Page” below!