What Life Was Like in Children’s Hospital Wards in 1900

Today the children’s wards of hospitals are often brightly decorated with cartoon decals or bright colors. The atmosphere is often designed to be as fun as a hospital can be- owing to the very young age of the patients. Flash back to the dawn of the 20th century and children’s wards were bit more somber, with a few exceptions here and there, as these photographs show. 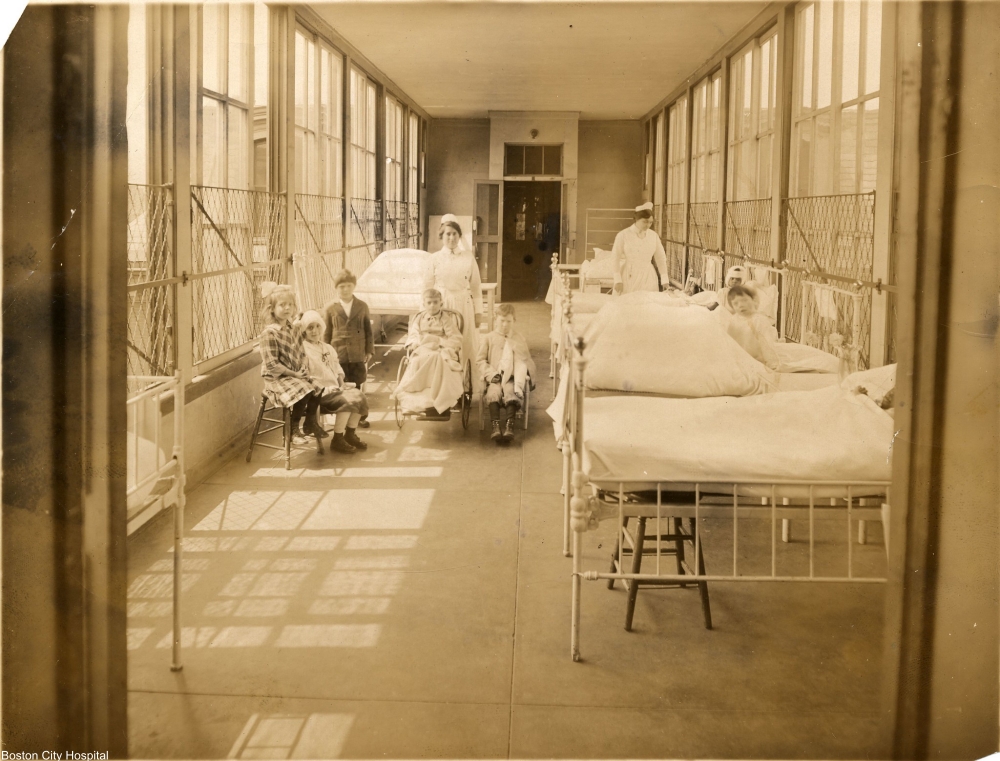 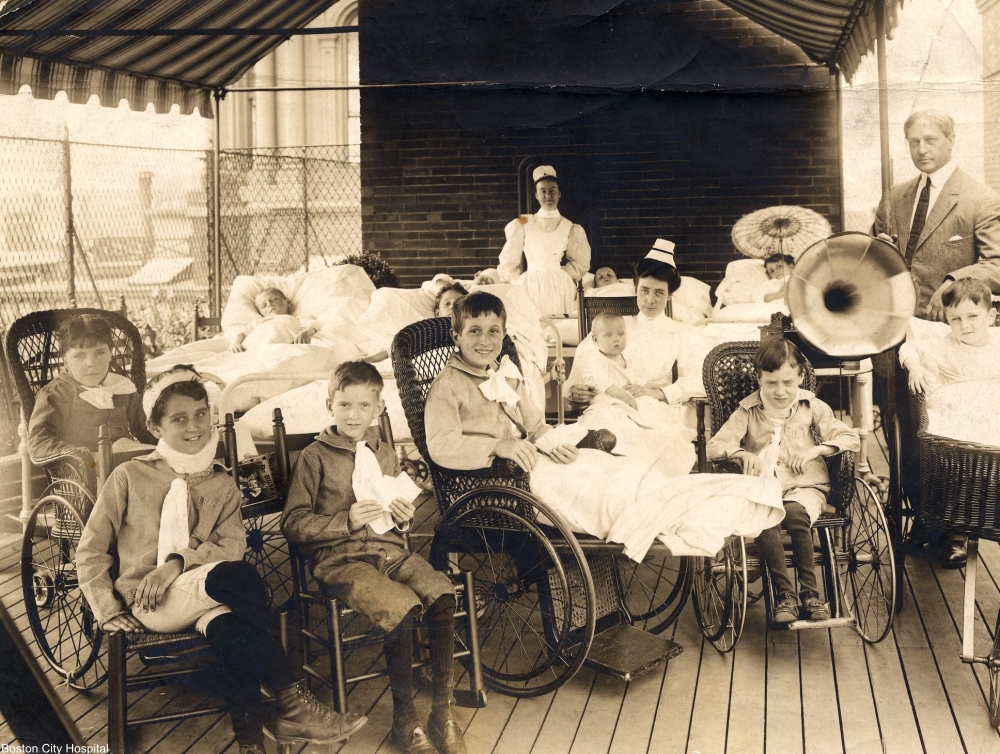 This group is getting some fresh air and some gramophone time. Up into the 1950s fresh air was considered medicine and many sick children were either taken outside or had their room windows opened so that they could benefit from clean air- even in cold weather. 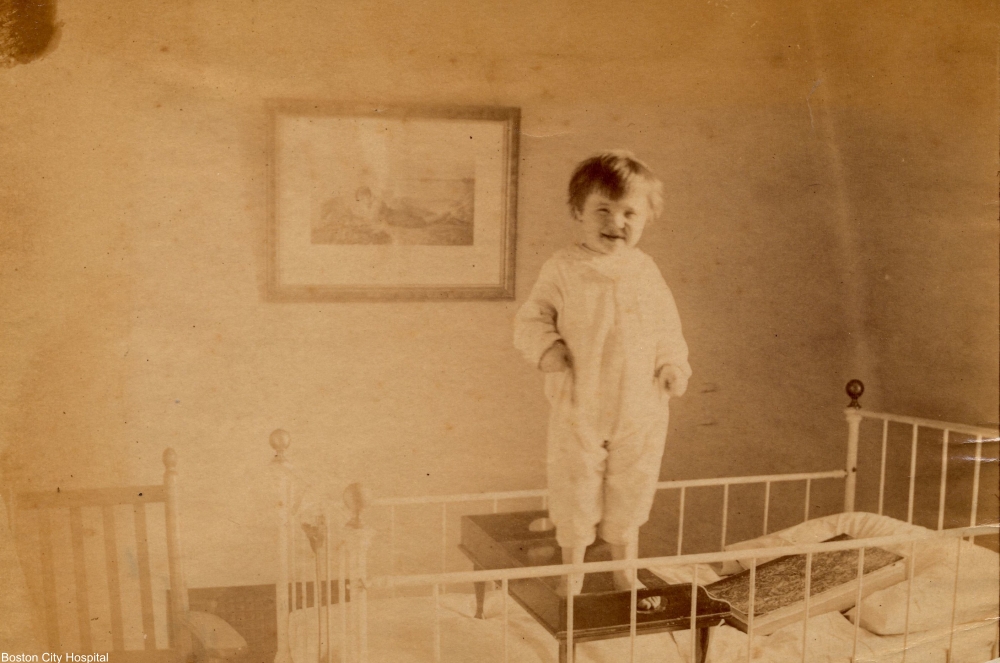 Kids will find nearly always find a way to have fun- sometimes at their own peril- as this little chap seems to be doing. 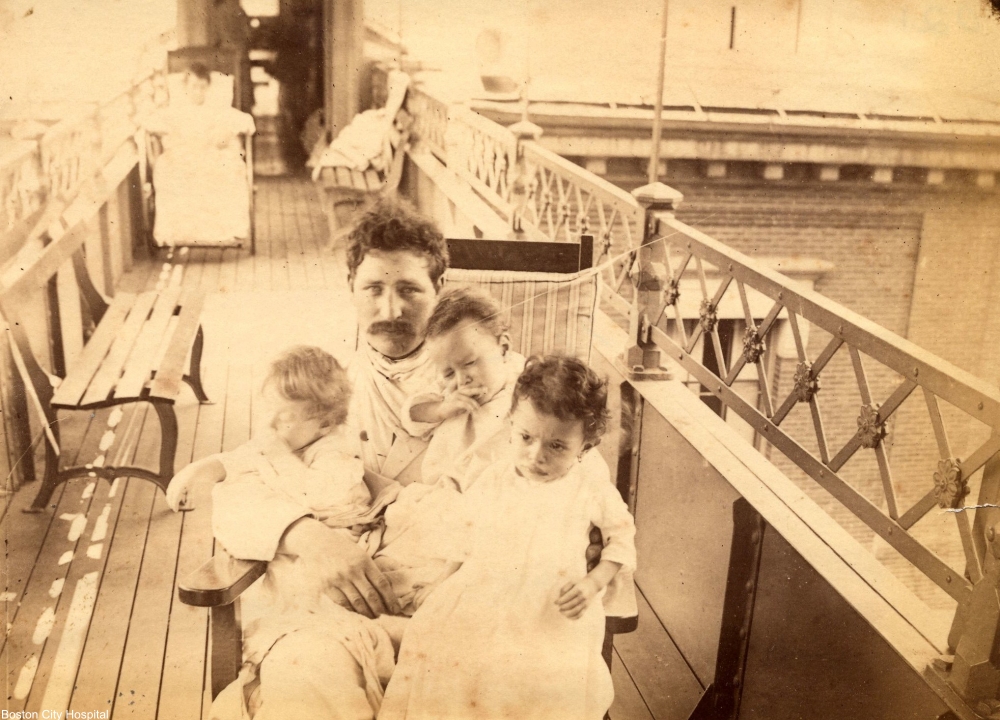 But, of course most of the children in the hospital would have been feeling awful and been missing their families. 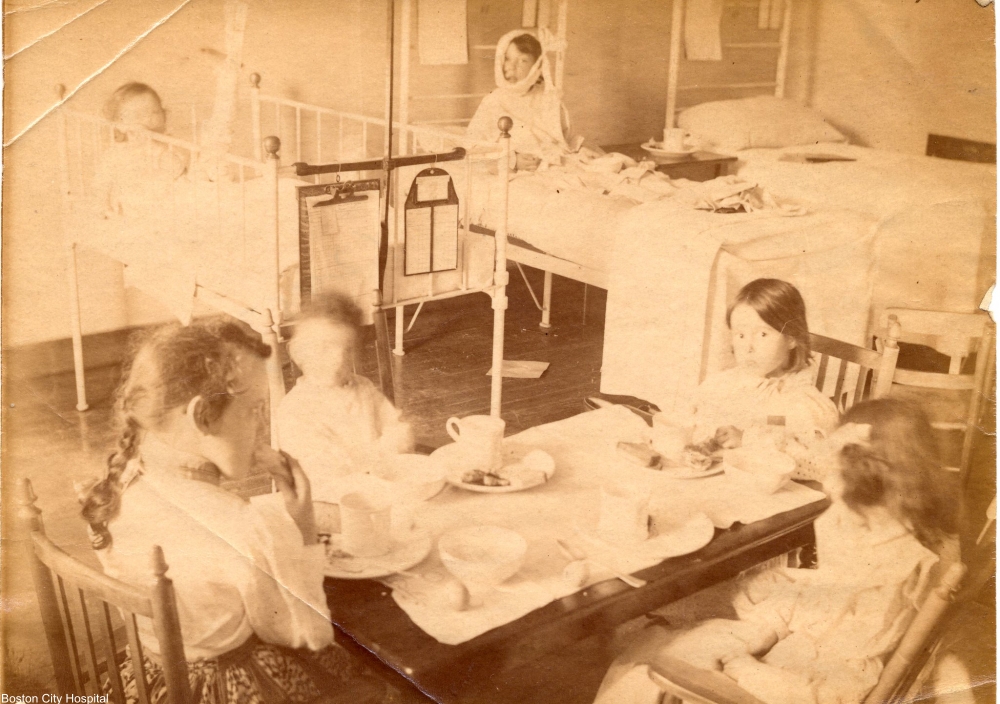 Children who were well enough ate at a little table together apparently. It’s hard to imagine this happening today. 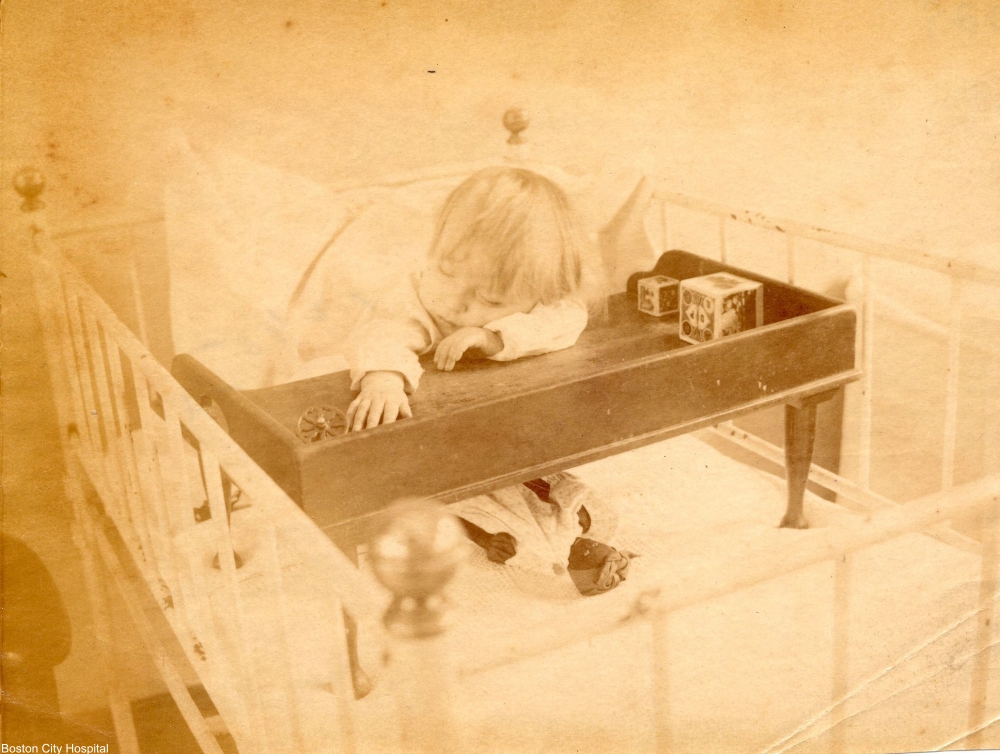 This little one fell asleep playing with some small toys on his wooden meal tray. 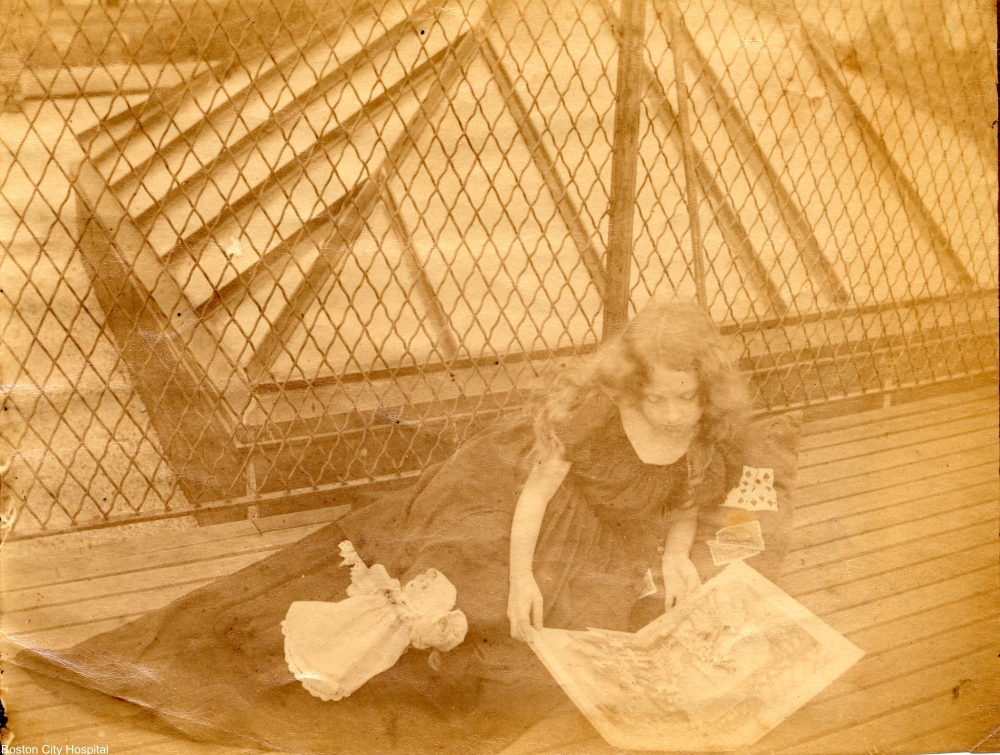 This girl is lucky enough to be enjoying some outside time with not only her dolly and a book, but also a deck of cards. 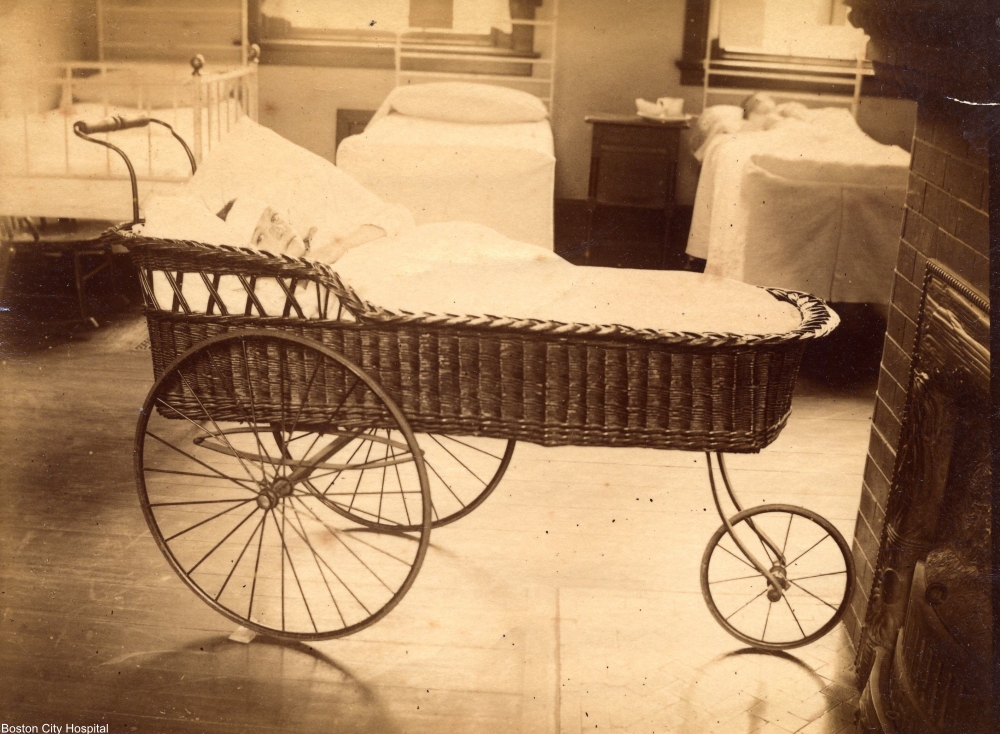 In the days before metal stretchers were common, wicker wheelchairs and beds were what many facilities used. It wasn’t until the 1920s and 1930s that hospital equipment was made to be repeatedly sterilized. 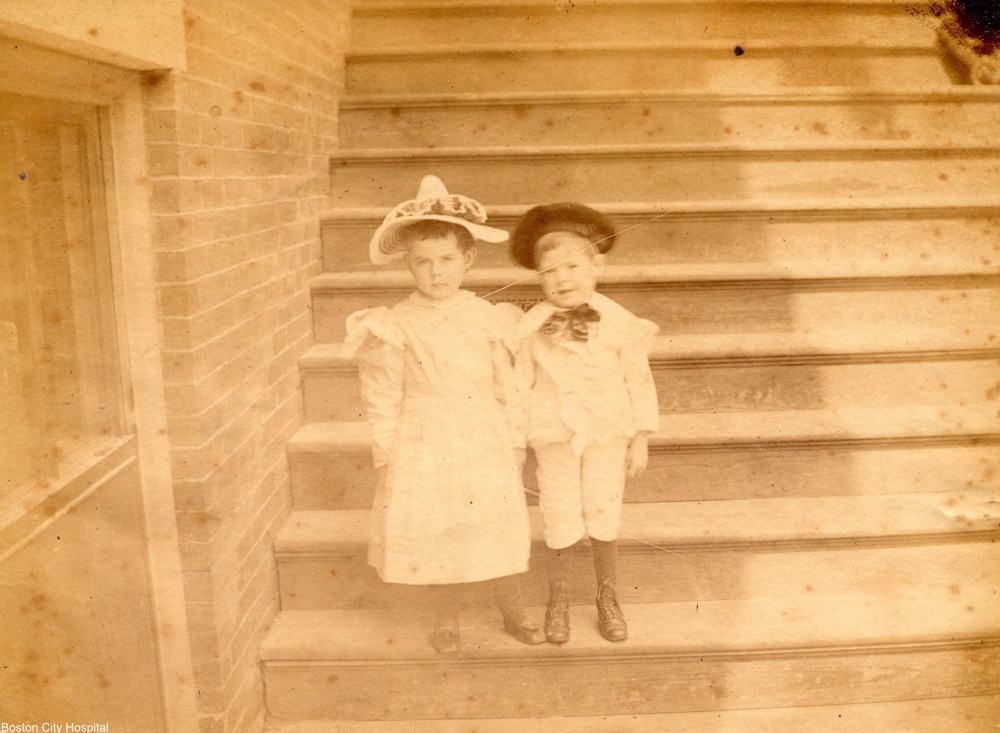 It’s unclear if these children are there to visit or are leaving the hospital campus after having been discharged. They look quite dressed up. 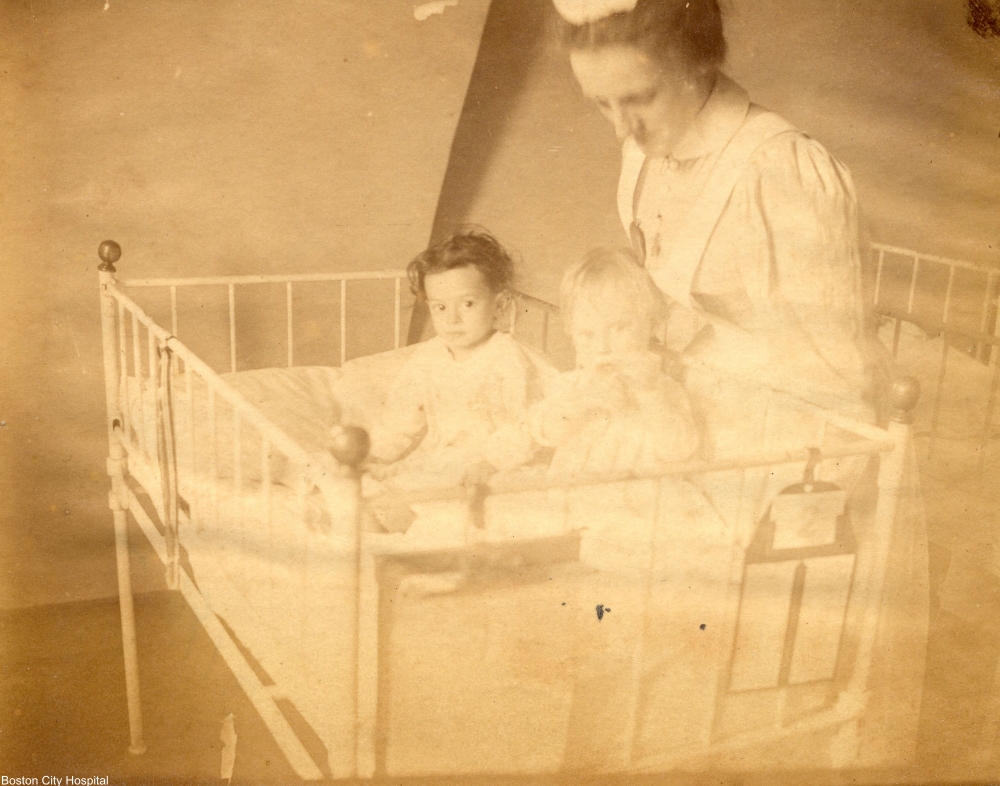 Were these two children related or were they put in the same crib for socializing? Either way it doesn’t seem like something that would be done in hospitals today, especially with what we know about infectious diseases. 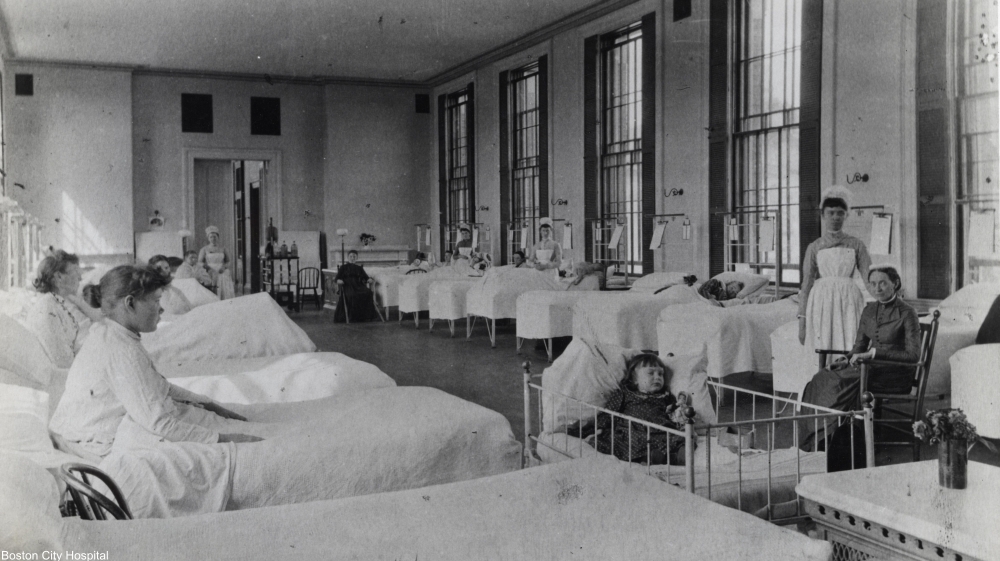 This looks like a girls’ ward that cared for patients of infant age into the teen years. It couldn’t have been easy to be in there, especially without the devices and comforts that kids in hospitals have today. But, even at the best of times it’s not easy to away from home and to be sick or injured.