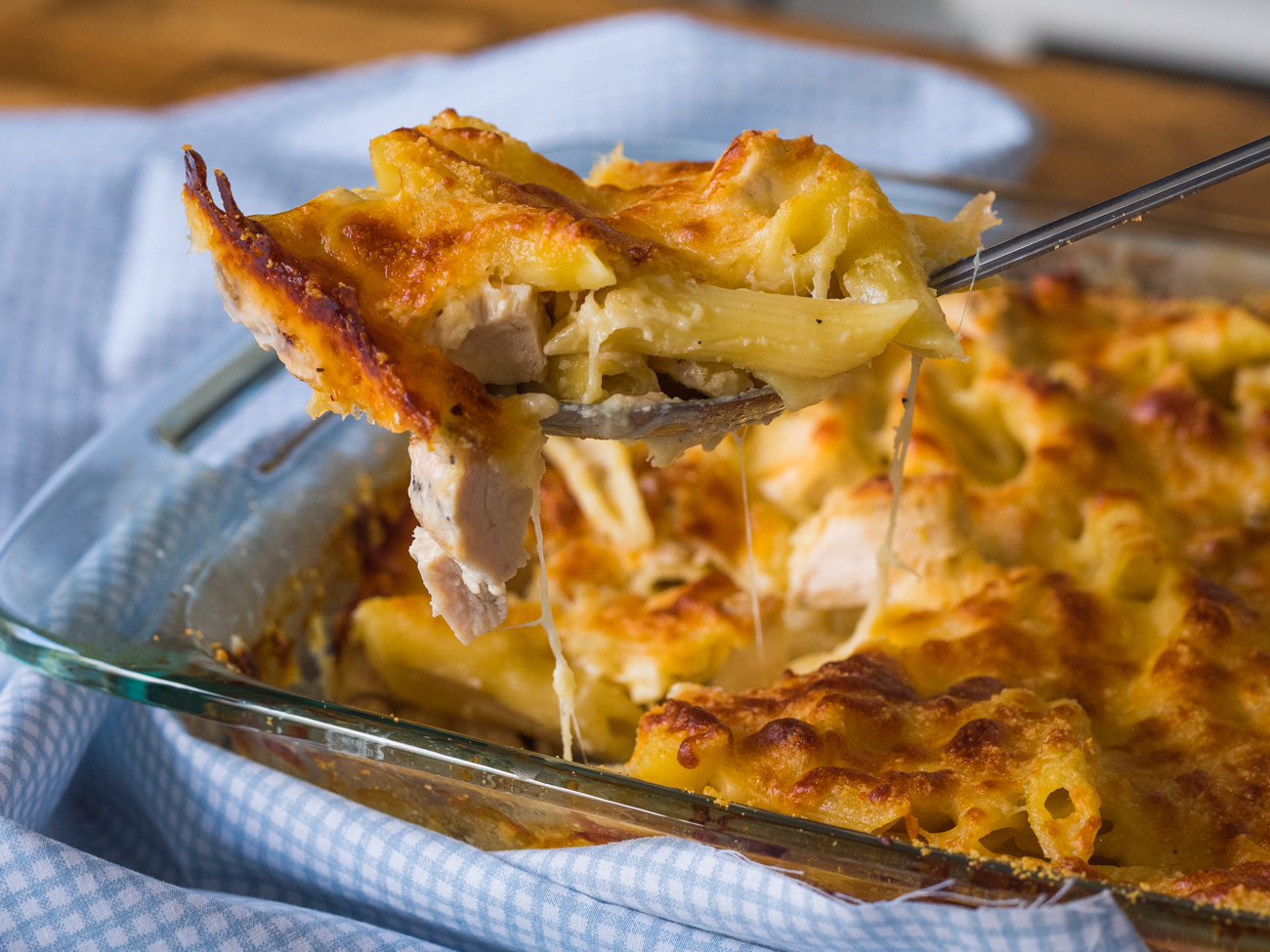 I don’t think it’s any secret that we love a good casserole here at 12 Tomatoes, but personally, I think the cream of the crop are the bakes that don’t involve precooking any pasta or potatoes or rice. With a ‘dump and bake’ casserole, you get to stir everything together right in the casserole dish and still end up with a hot, bubbly, comforting bake. It’s hard to beat. And this particular one – with creamy alfredo sauce, tender penne, and hearty chicken – feels impossible to top in convenience and flavor. It’s absurdly easy to make, but so utterly tasty and satisfying that it just feels like an added bonus that it takes no effort at all. 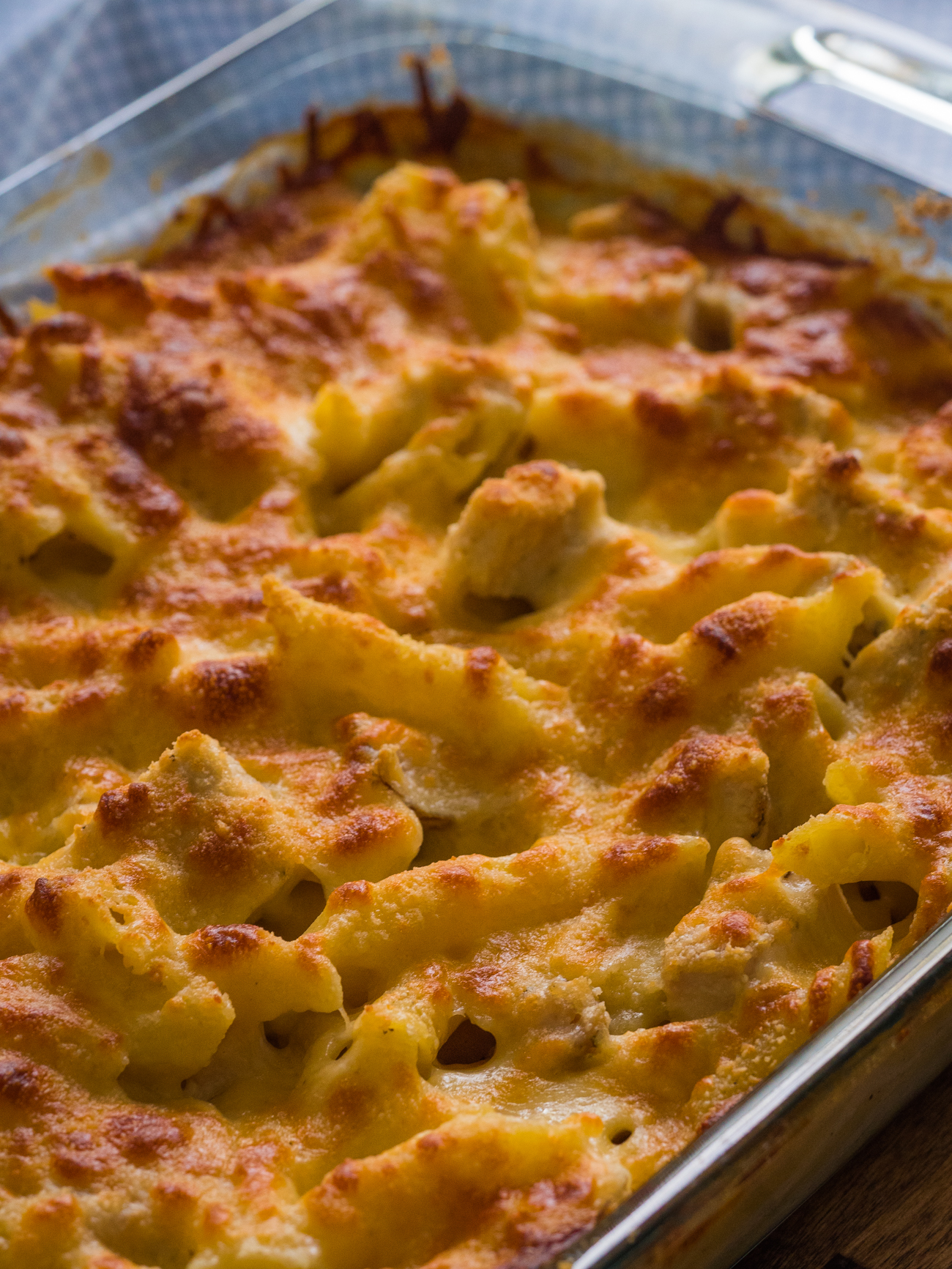 There’s a lot to say about this casserole, but first up – look at that golden brown, crunchy top. A cheesy blanket of mozzarella and Parmesan that’s been baked until it’s bubbly and irresistible. It’s sheer perfection. 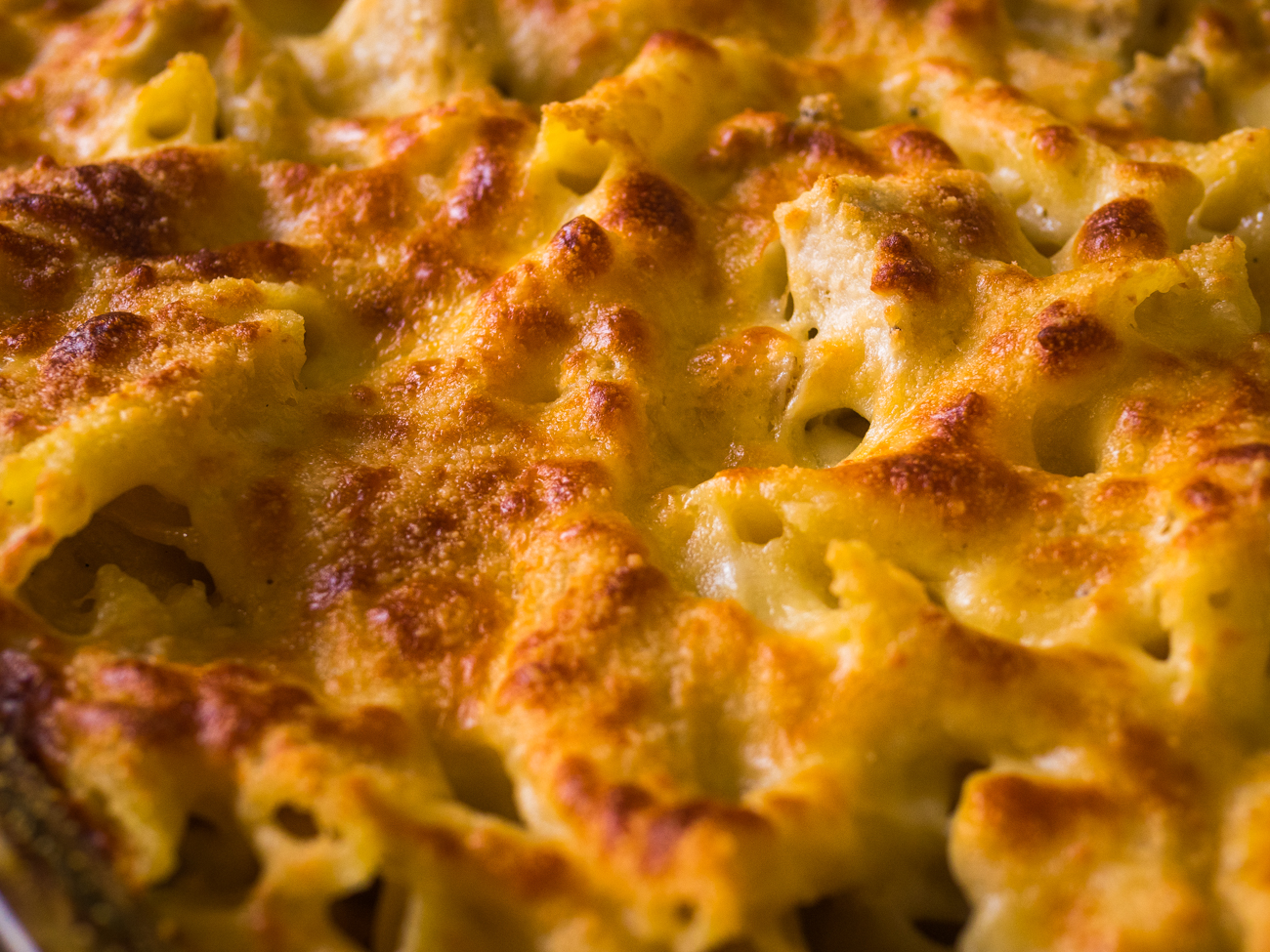 But that’s not its only selling point. The combination of pasta, chicken, and alfredo sauce is just about as comforting as it gets but in this case you don’t have to boil a single noodle. Nope. Instead, the uncooked penne goes right in the baking dish with the alfredo sauce (thinned out with a bit of chicken broth) so it simmers in that delicious sauce and absorbs some of that creamy, garlicky flavor. 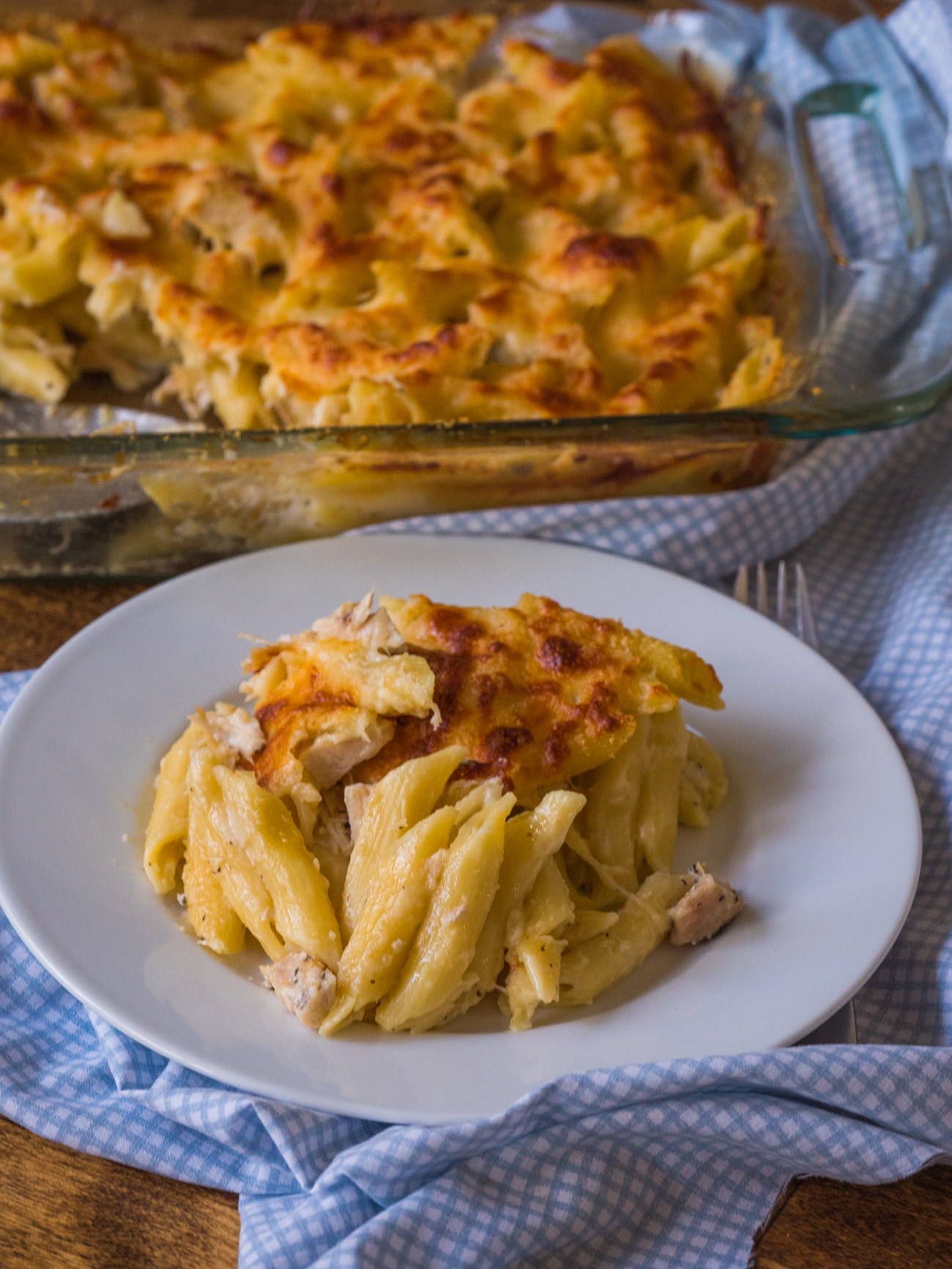 You do need pre-cooked chicken here, but I can promise you that searing up a couple of chicken breasts and chopping them up for this dish won’t seem like any trouble at all. And if you use some leftovers or rotisserie chicken, it’s even easier. 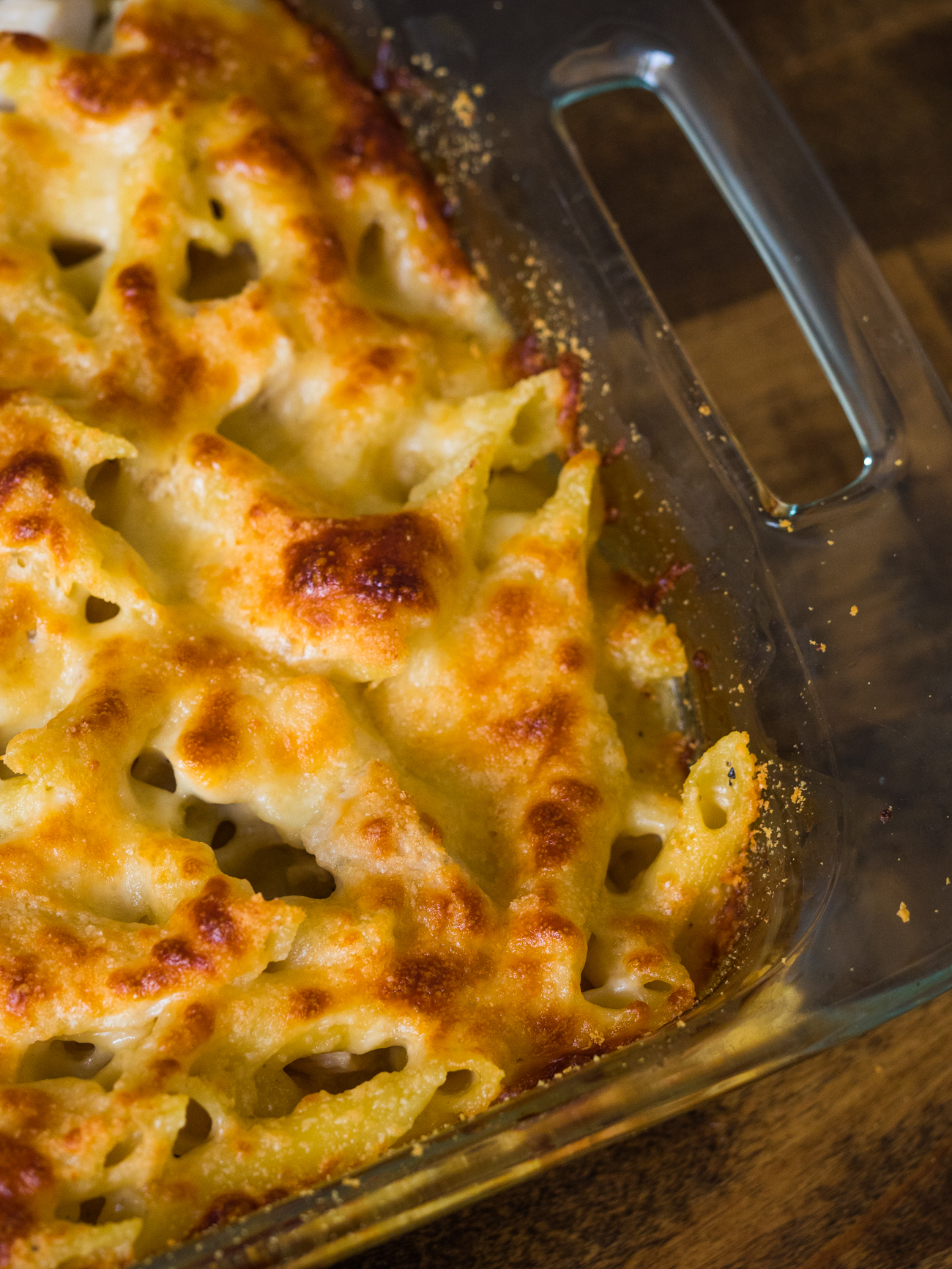 You can make a quick pasta dish on the stovetop any day of the week, sure, but there’s something so much more comforting about a dish pulled right out of the oven with a golden-brown crust and some hot, bubbly goodness beneath it. This method just happens to make the baked version every bit as convenient. 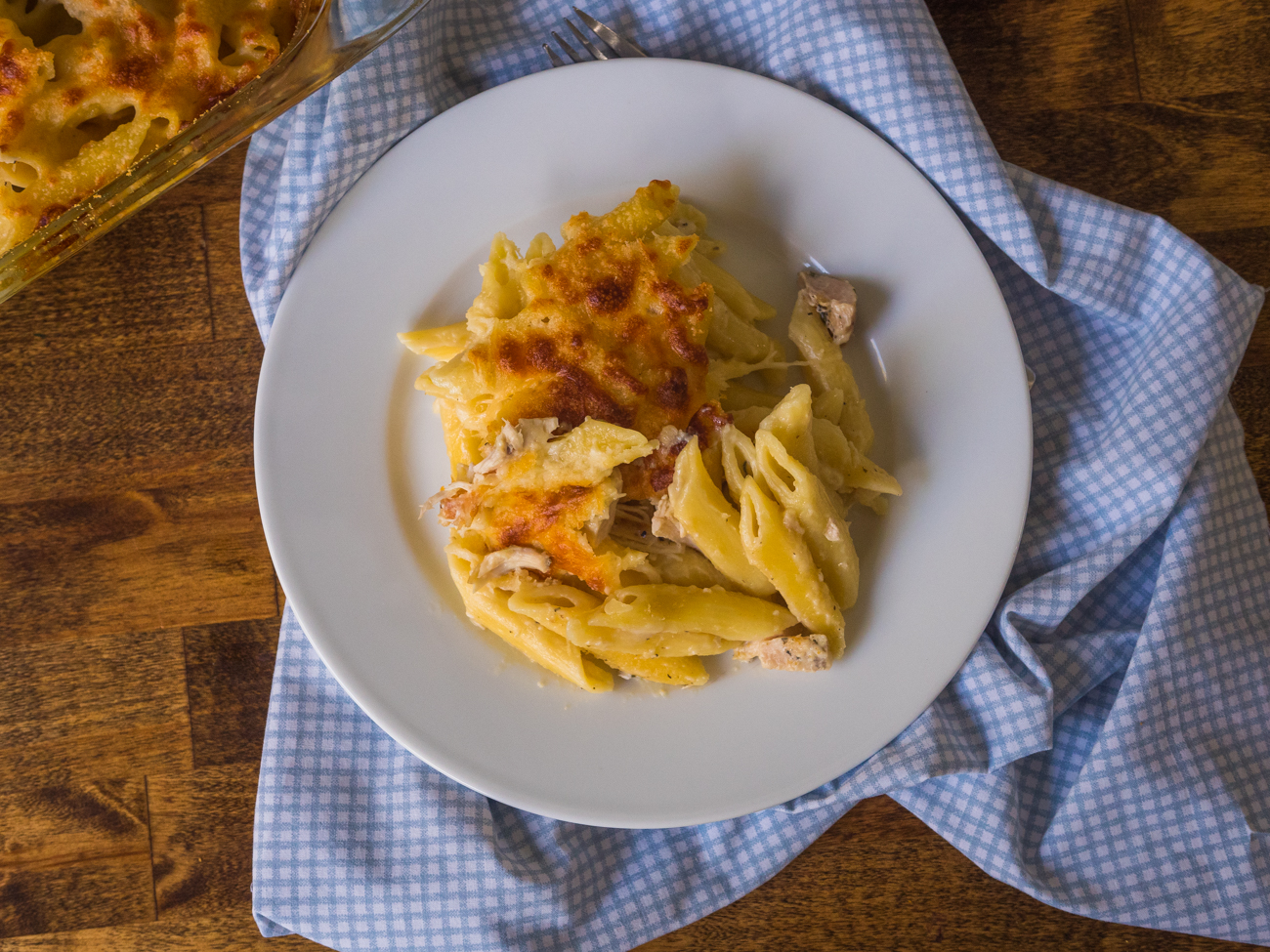