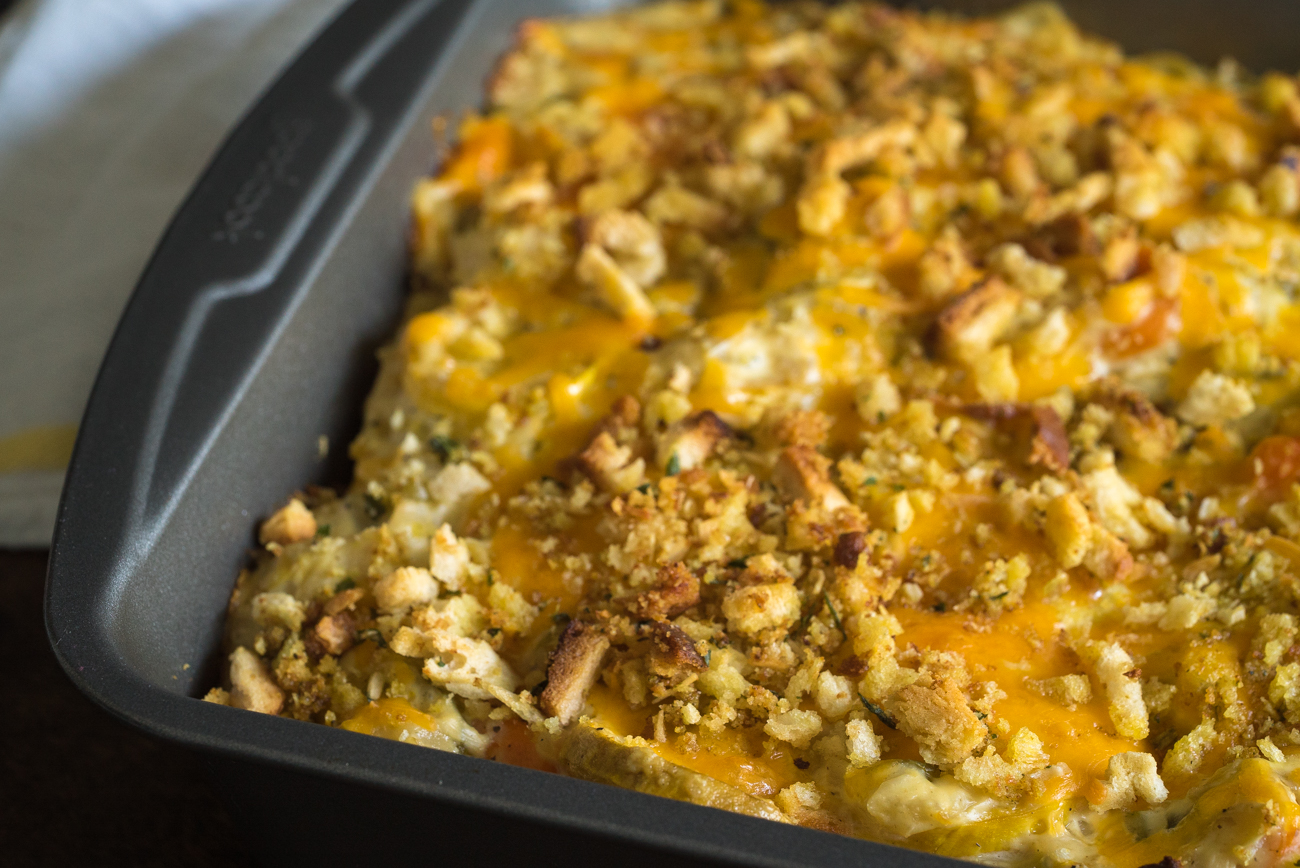 We’ve said it once, we’ve said it a thousand times, and we’ll certainly say it again: you can never have too many casserole recipes. And this one is definitely one that you need in your collection. See, it’s crispy, it’s cheesy, it’s creamy…. Basically, it’s totally delicious, and yet it still manages to pack a fairly hefty punch of nutrient-rich veggies. And you guys, the crispy topping! We won’t go so far as to call it a secret ingredient, but it’s a little bit of a surprise and it is GOOD. 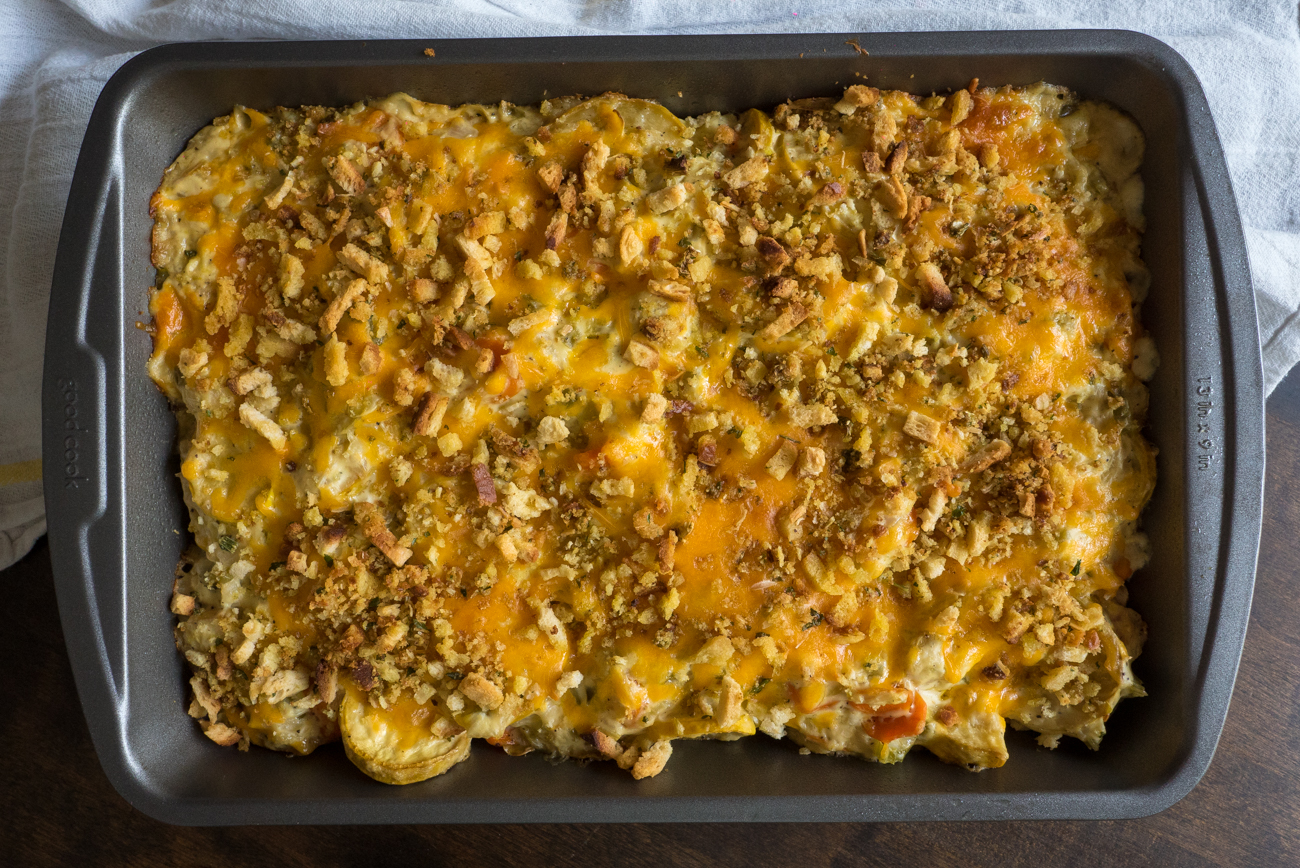 Here’s the cast of characters. We’ve got carrots, onion, celery, bell pepper, and some tender yellow squash all folded into a creamy base of sour cream and condensed cream of celery and cream of chicken soups. The shining star of this dish though… is stuffing mix! It forms the bottom layer, and as it bakes, it softens up and provides a cozy, comforting base for the creaminess above. 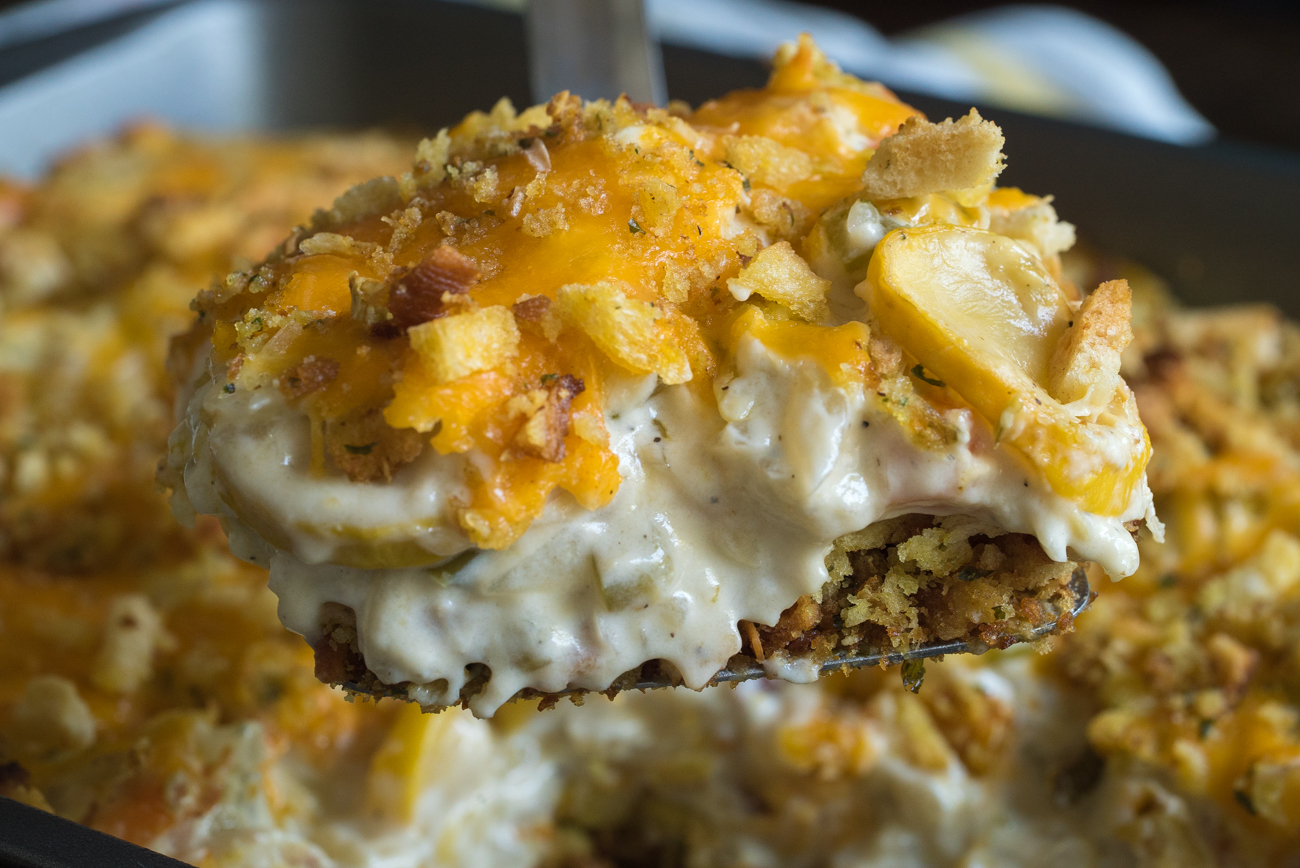 But it doesn’t end there. Next, there’s a layer of cheese. (Because it’s casserole. So of course.) And THEN, then, the remaining buttered stuffing mix gets sprinkled over the top of the entire dish, and you end up with this irresistibly crispy, herby layer to top the whole thing off. It’s very nearly magic. 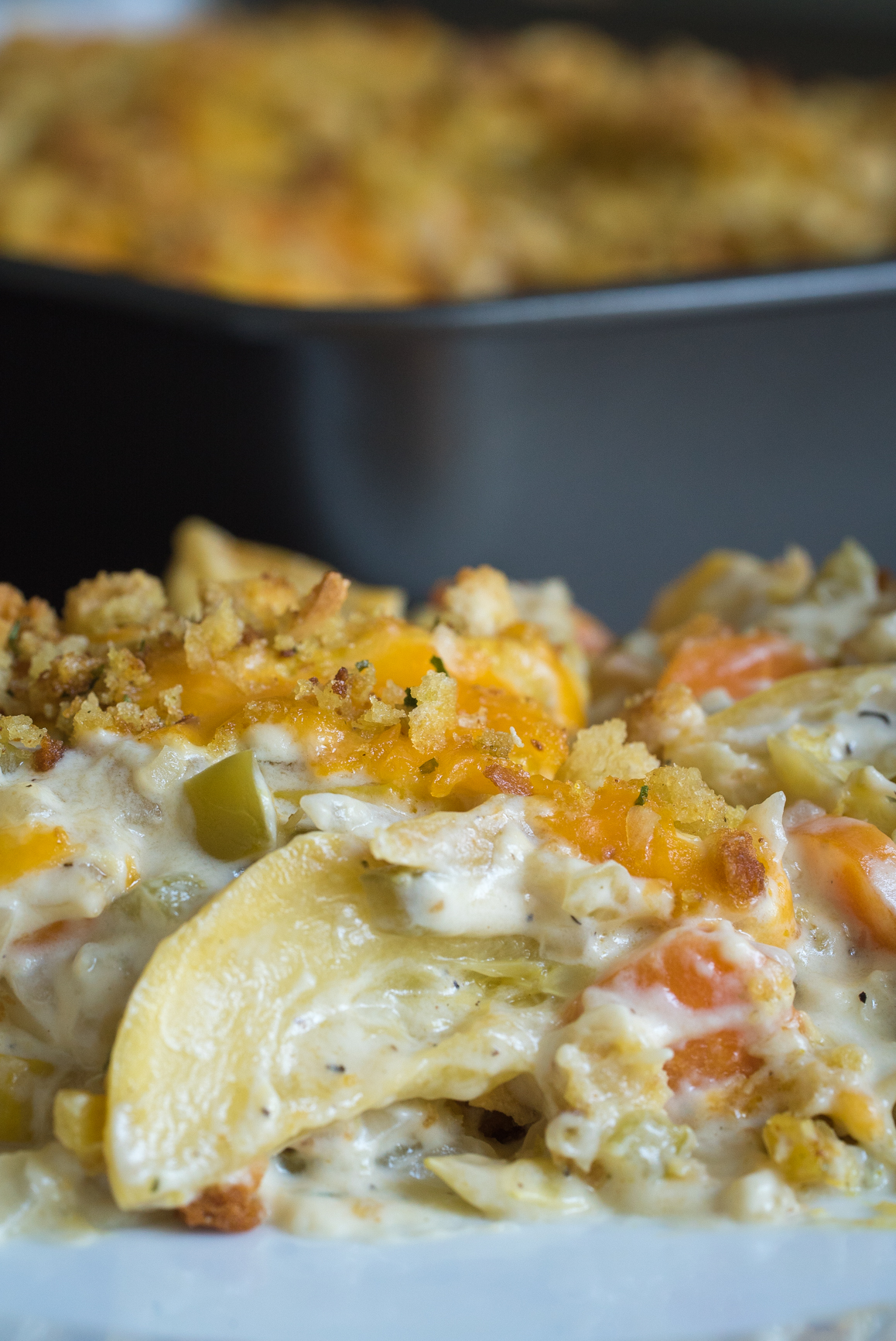 We never really knew that stuffing mix should be a casserole mainstay, but hey, you learn something new every day. Like that stuffing mix is not just for stuffing. It’s good knowledge to have. And this dreamy casserole is a great recipe to have in your back pocket. It’s an unforgettable combination of comforting flavors, making for a casserole that easy to make and so easy to love. 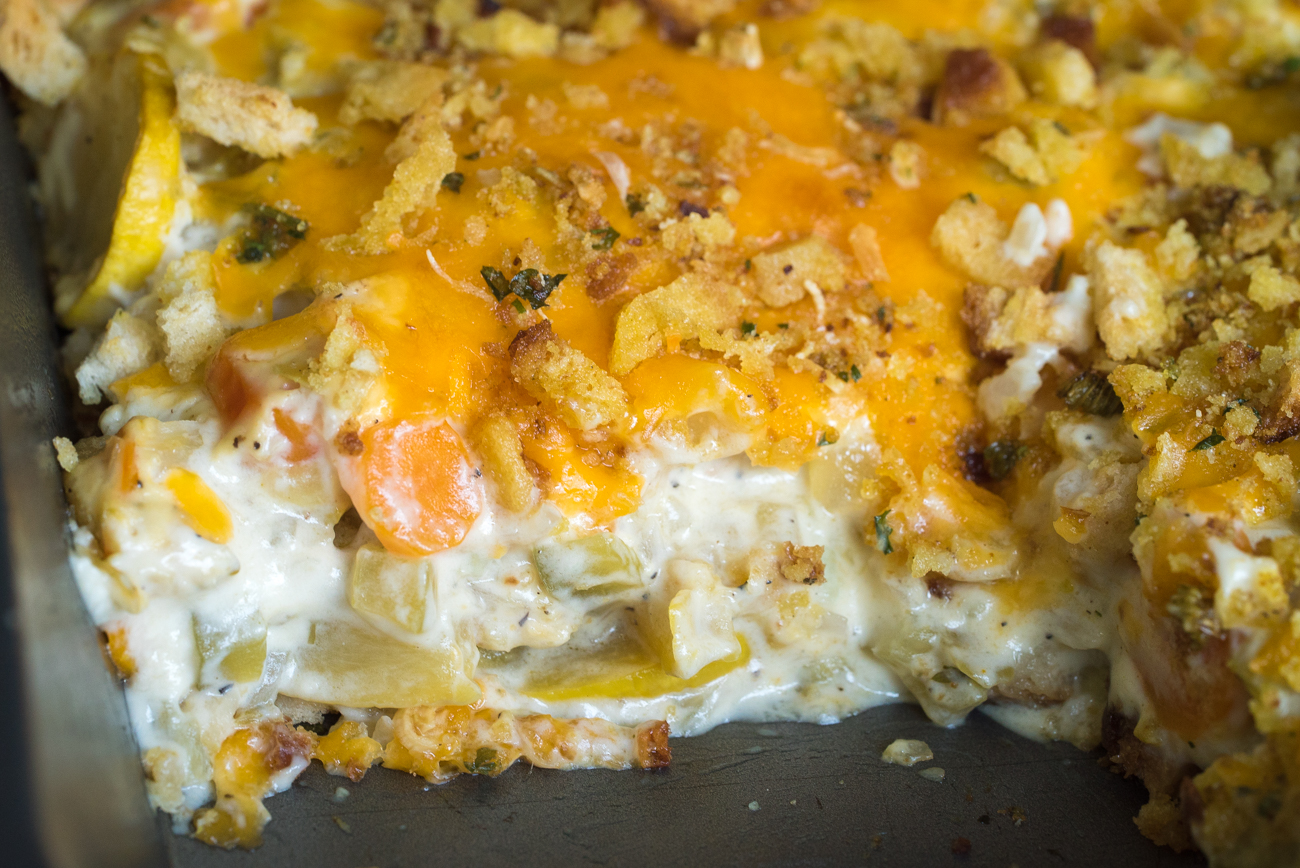