Simply Charming Details You Can Only Find in Old Homes

New homes might be built with modern features – like double pane windows, open floor plans, and deluxe showers. But, for vintage lovers all the comforts of a modern home can’t compete with the quirks of an older house. There were so many little touches in the homes we grew up in that are now long gone in new construction. These details at one time made the home more convenient, more inviting, and just a whole lot cuter. Have a look 15 whimsical features you’ll never find in a new home these days. 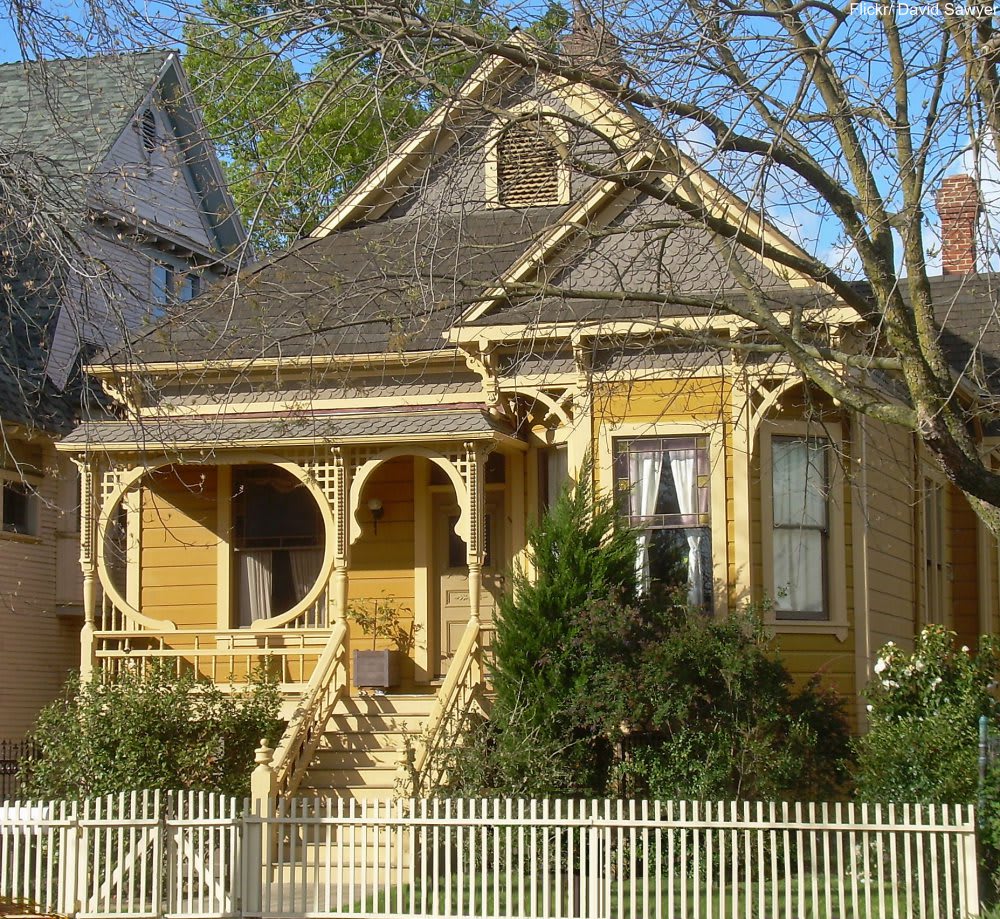 Apartments often had the milk door on the floor, while houses sometimes had the milk door up high. Either way, this let the milkman deliver your bottles of milk without you having to come to the door or even be home. Locks were often added to keep anyone from stealing the milk. They are such cute little features! 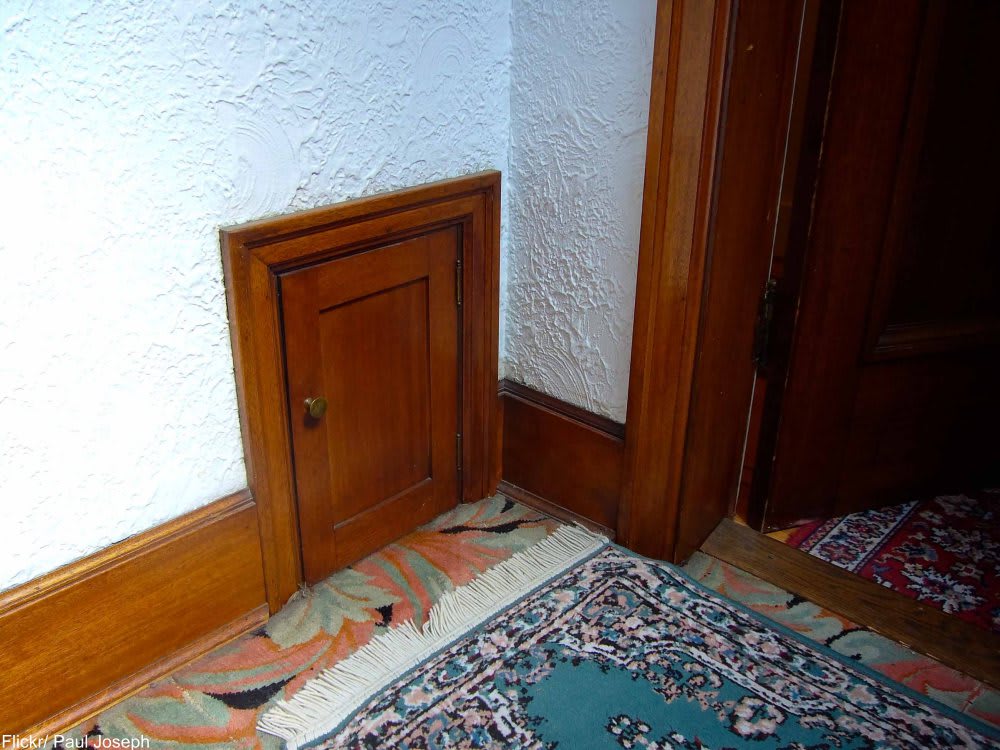 These relics of another era were once found in farmhouses, city apartments, and even in kit houses and suburban homes. They were elegant and unassuming at the same time and really added character to a dining room or kitchen. 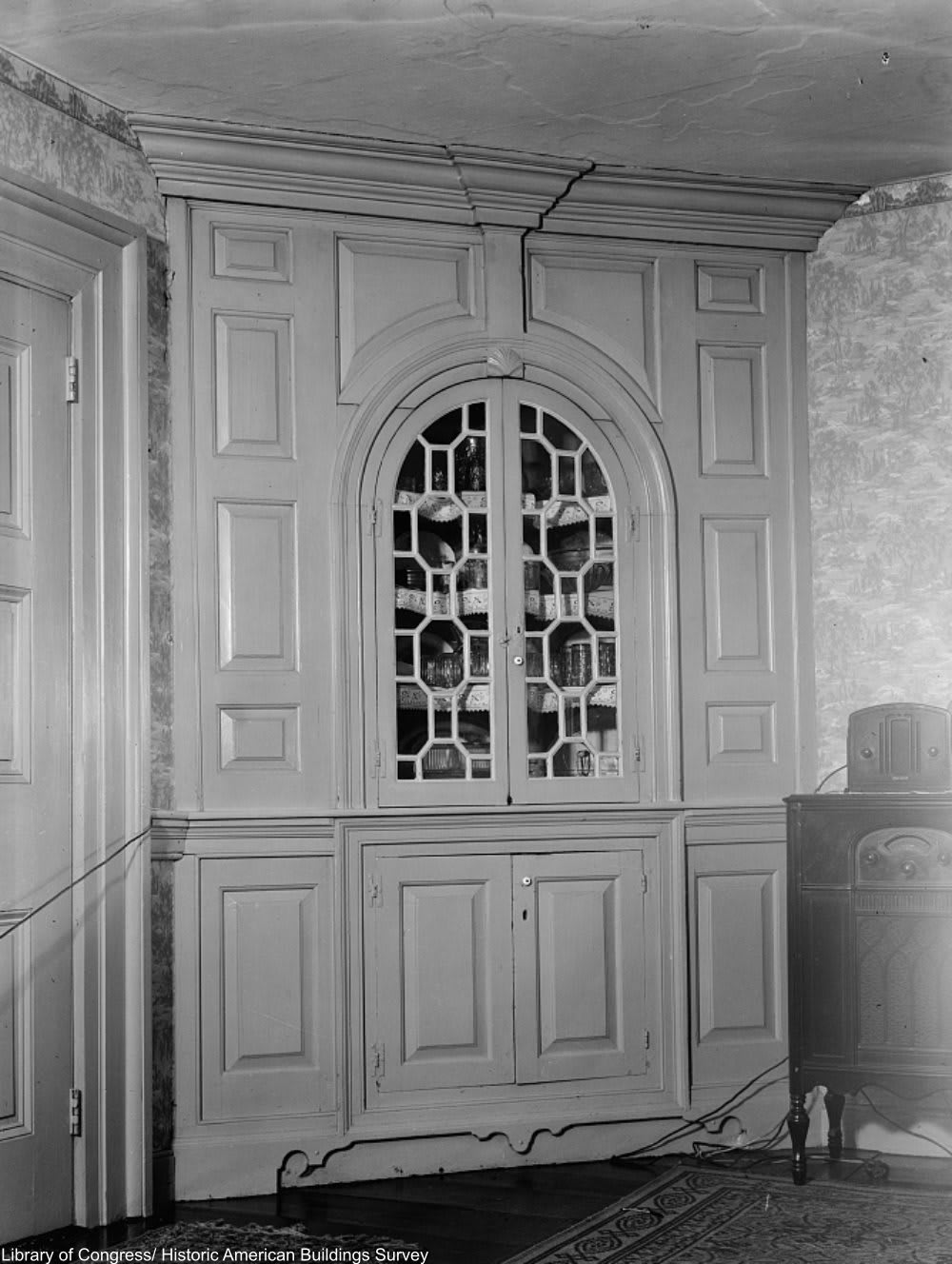 As a luxury item in the first decades of the 20th century some homes had telephone nooks (sometimes also called telephone niches or telephone cabinets). The idea was to beautify the home by making a dedicated architectural space for the phone and it also kept the unseemly wires hidden away. Some telephone nooks also had a seat built into the wall which could fliped down when needed. 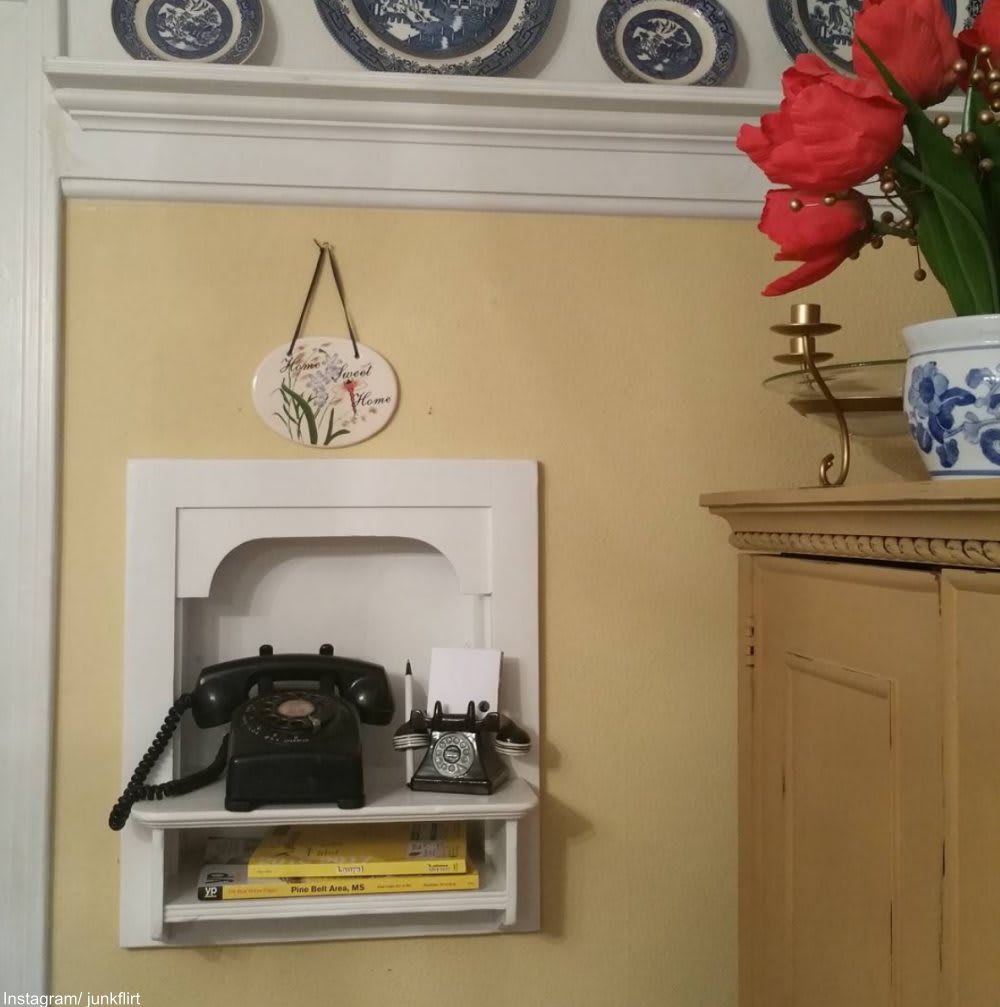 The vibrant tile and matching tubs we grew up with is now a fading memory. Most people who buy an old home today will immediately rip out these lovely old bathrooms (especially the pink ones), meaning that there are fewer and fewer of them in existence. 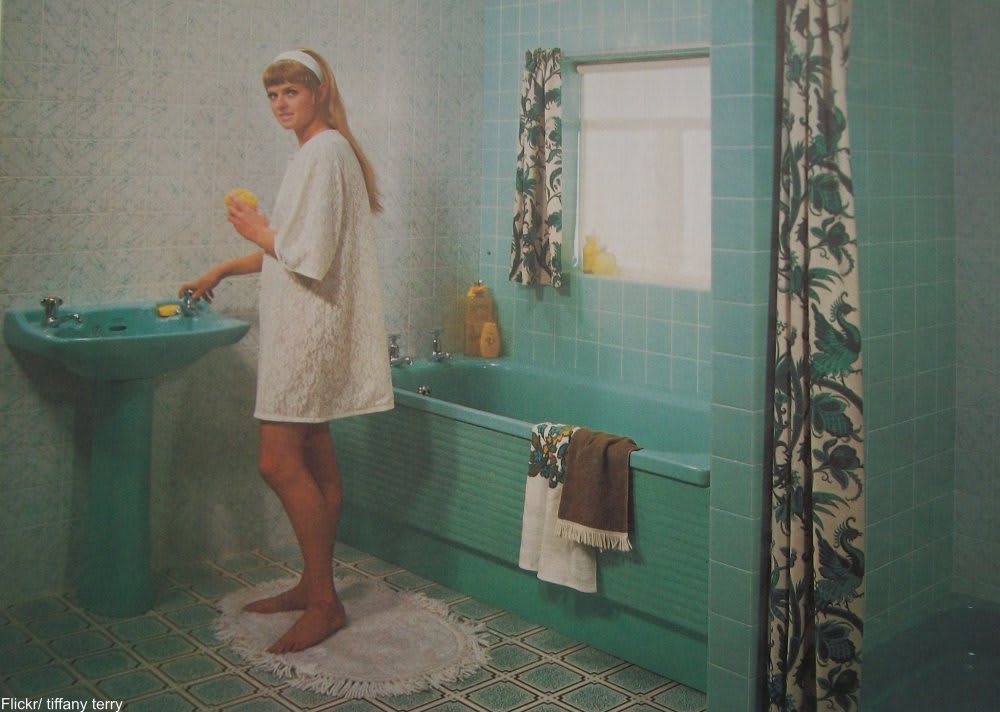 The coal man would drop coal down the chute on the outside, much like the milk door, and then the stock would be accessed through a compartment (or a coal room in larger houses) in the basement. From there the boiler or furnace could be stoked with coal much more easily and cleanly than bringing it through the house. 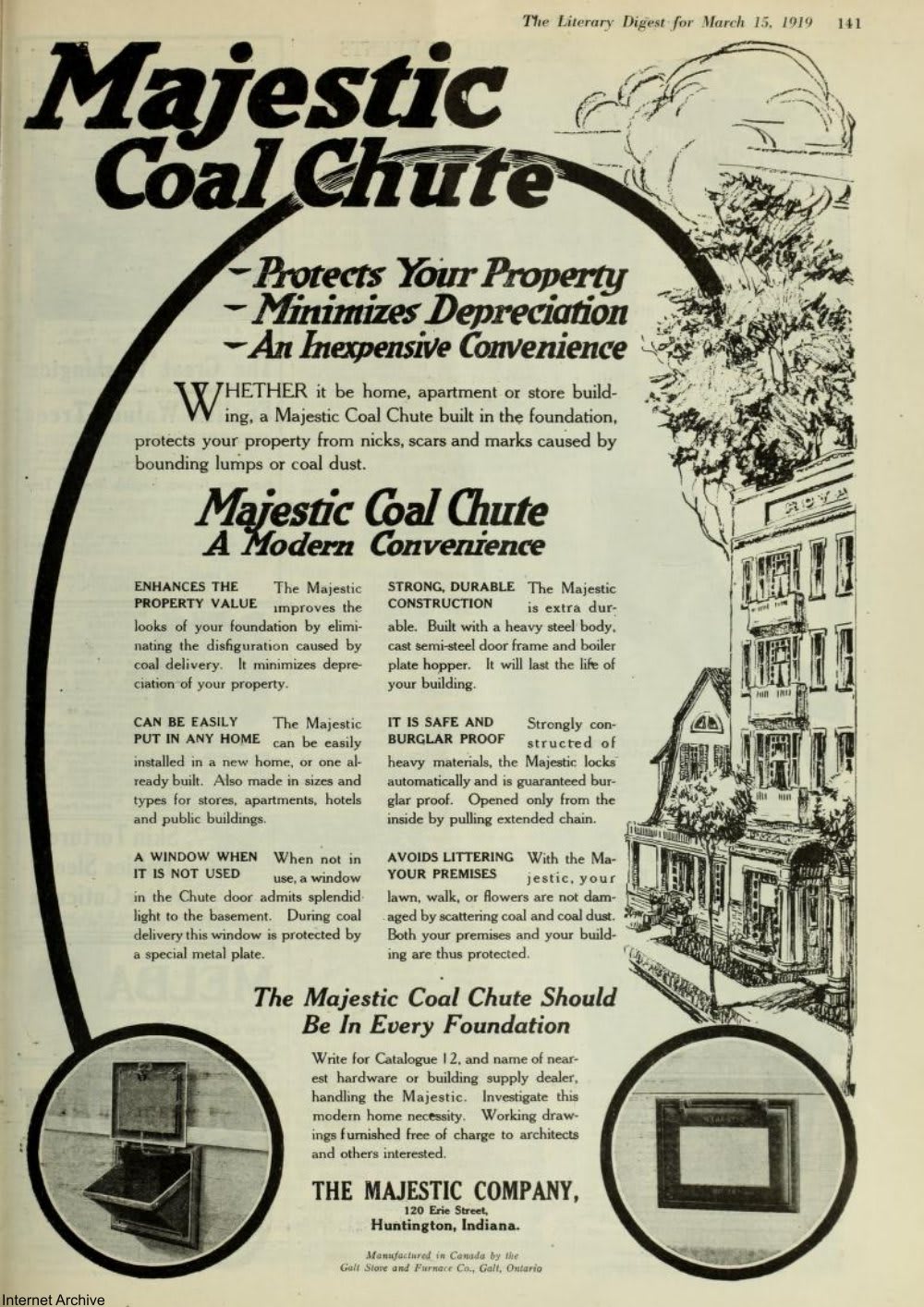 This type of bench and table, often done in a Pennsylvania Dutch sort of style, was very common in kit homes since it was yet one more thing the homeowner could have built-in to the home. However, there are also apartments and regular homes from the era which also have these little breakfast nooks. 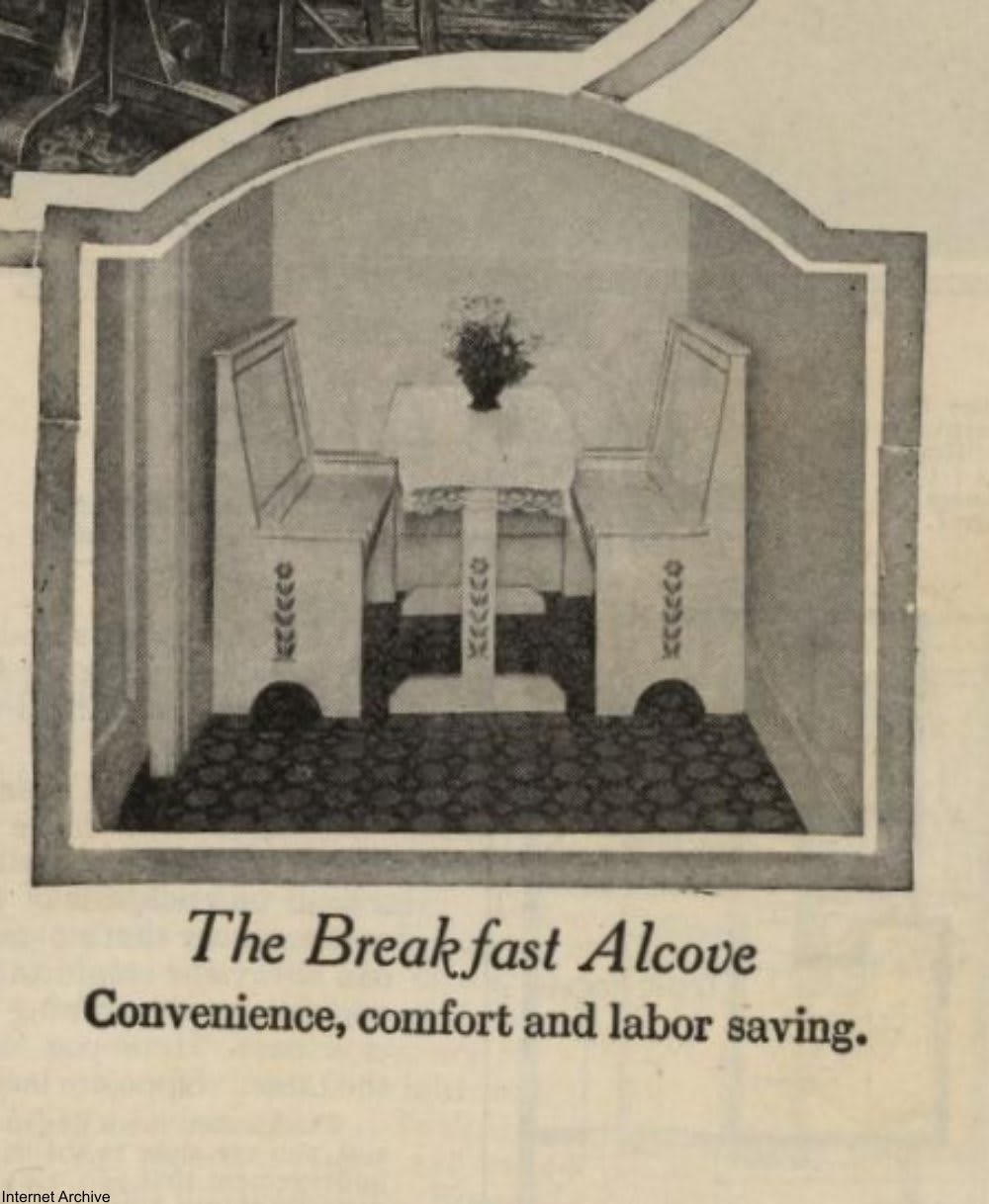 They were sometimes separate and sometimes discreetly hidden inside of the medicine cabinet (this one has a shaving tool space below the mirror as well) and allowed the resident to drop his used safety razor blades into the hallow space behind the
wall. Over the years this has made for more than a few confusing bathroom renovations since many people had no idea these chutes existed! Since safety razors are making a comeback we hope some of these are left in place! 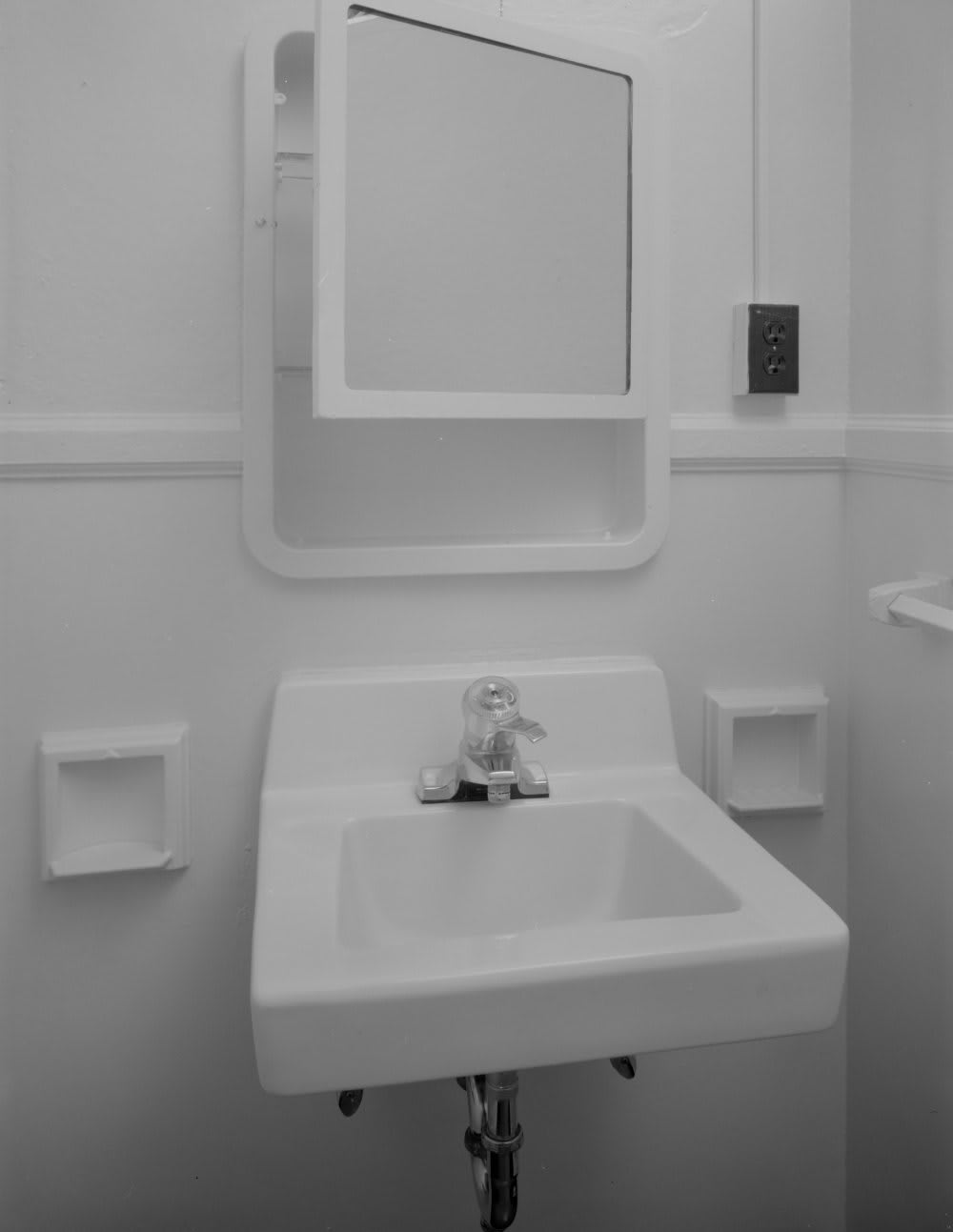 As a modern convenience, many older homes and apartments has in-wall ironing boards. It’s funny to think of today since many people never iron at all anymore. But, back in the day these little ironing closets saved on space and kept things looking tidy since one needed to iron quite a lot to maintain a suitable wardrobe. Today many people either turn them into spice cabinets or paint them shut. 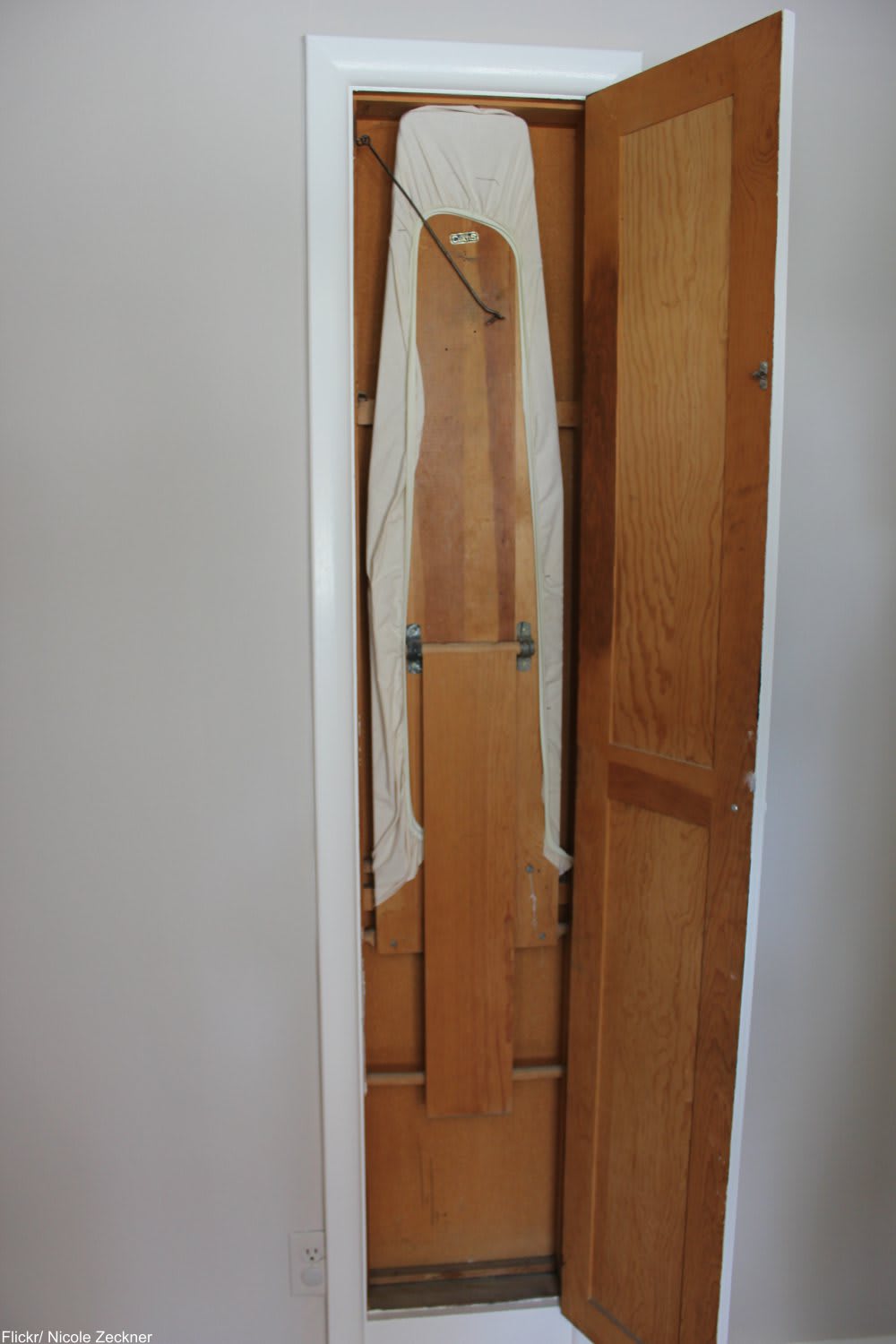 These old-fashioned cutting boards were used for kneading and slicing bread: something most people today never never do! The kitchen below also has an in-wall ironing board. Lucky! 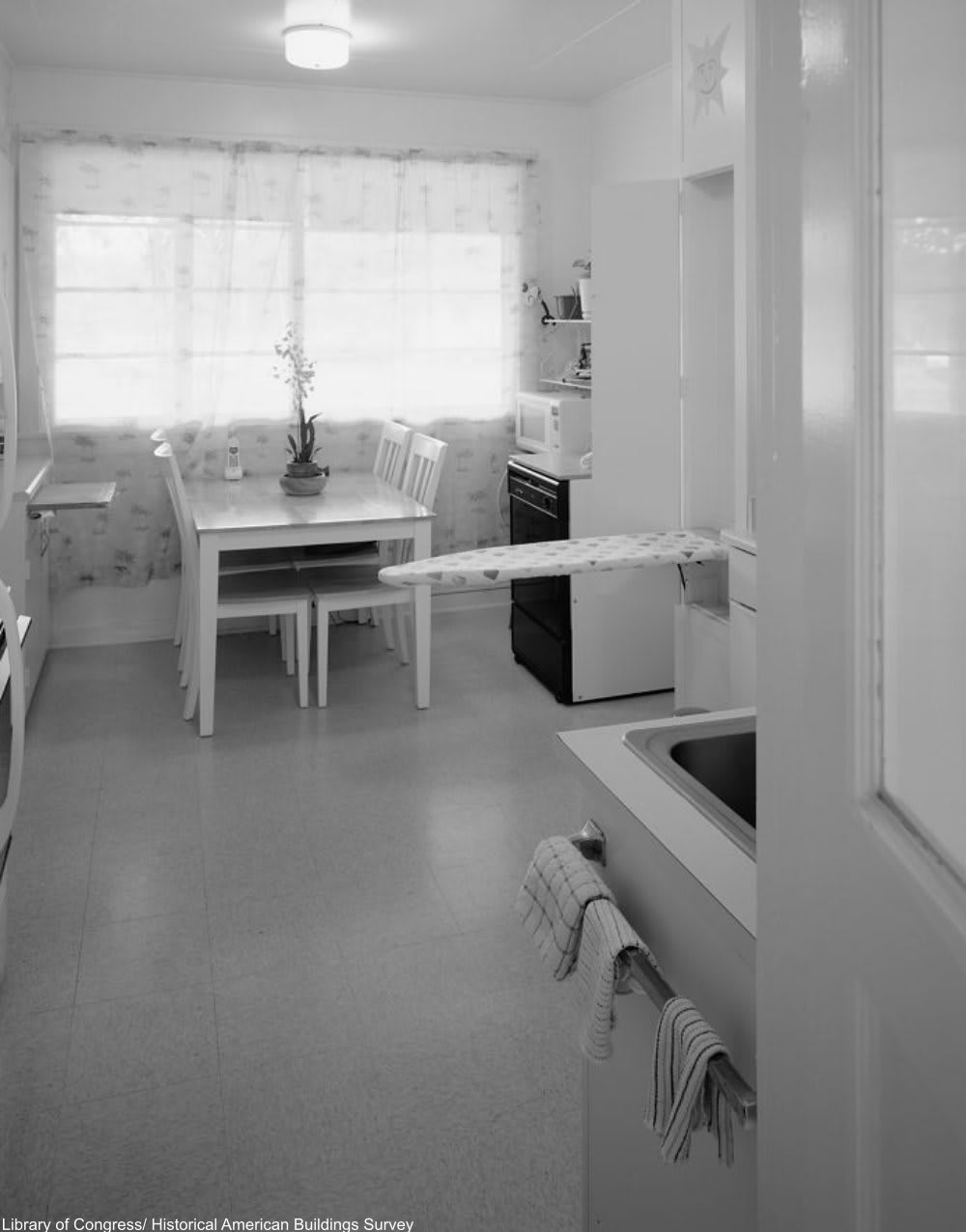 These windows are mostly found along the East Coast, and almost never on new homes. The name comes from the idea that witches, when flying, would try to come into your house at the the upper levels. Windows on an angle were supposedly impenetrable from witches, either because they couldn’t or wouldn’t fly in at an angle. However, another motive might have just been frugality since these windows don’t require the wall be built around them. This type of window is also called a Vermont window. 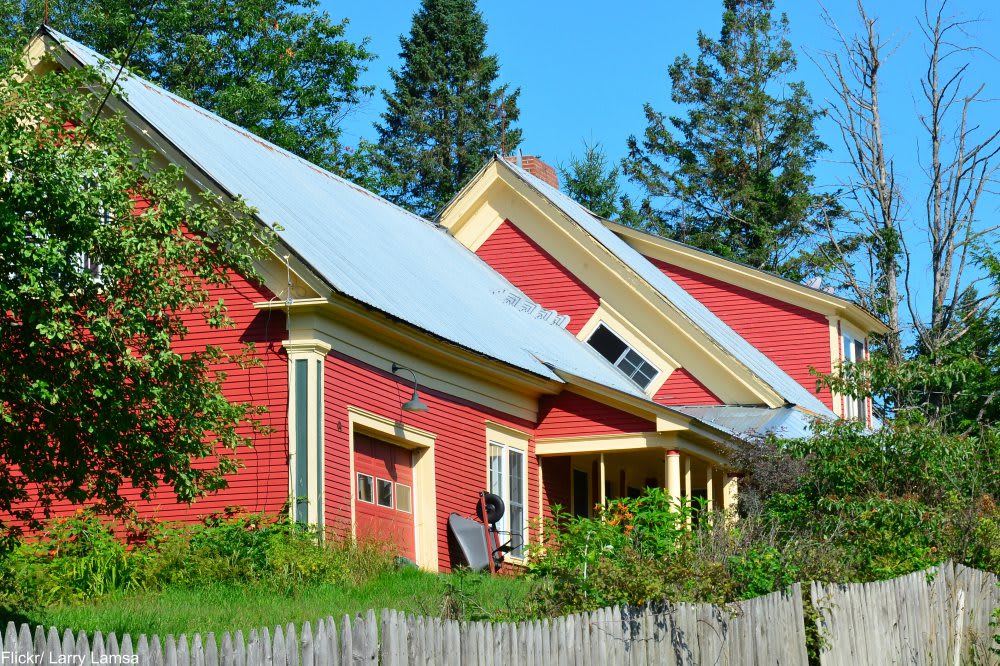 Absolutely tiny by today’s standards, these little built-ins were once state of the art technology for the modern lifestyle! Cold closets, while not refrigerators per say, did still keep things cool and kept out vermin. 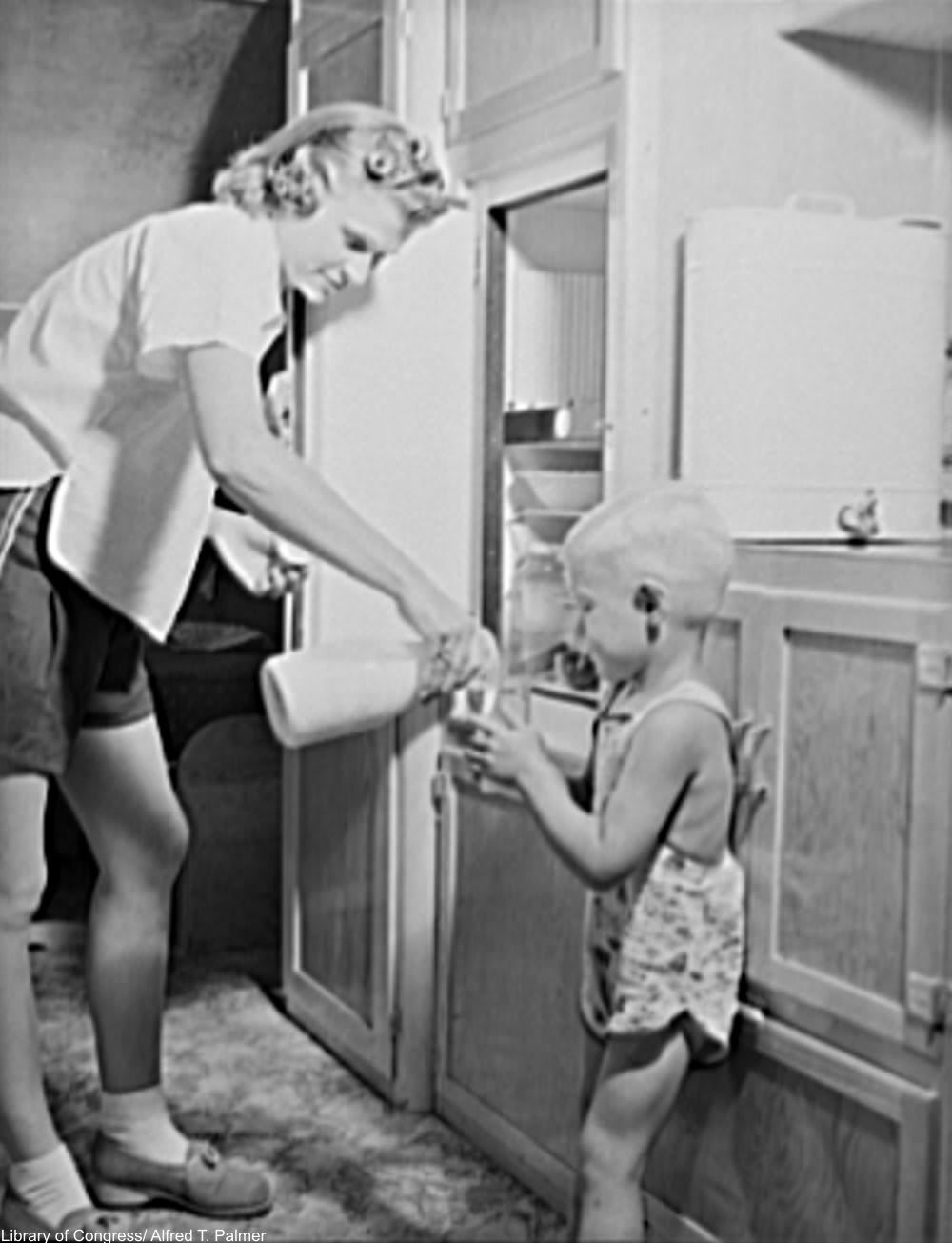 Long gone are the days of skeleton keys and beautiful old hardware, but occasionally you still find these lovely old fixtures in homes. The scrolling designs in metal are equally as lovely as the glass or ceramic knobs that went with this door hardware. 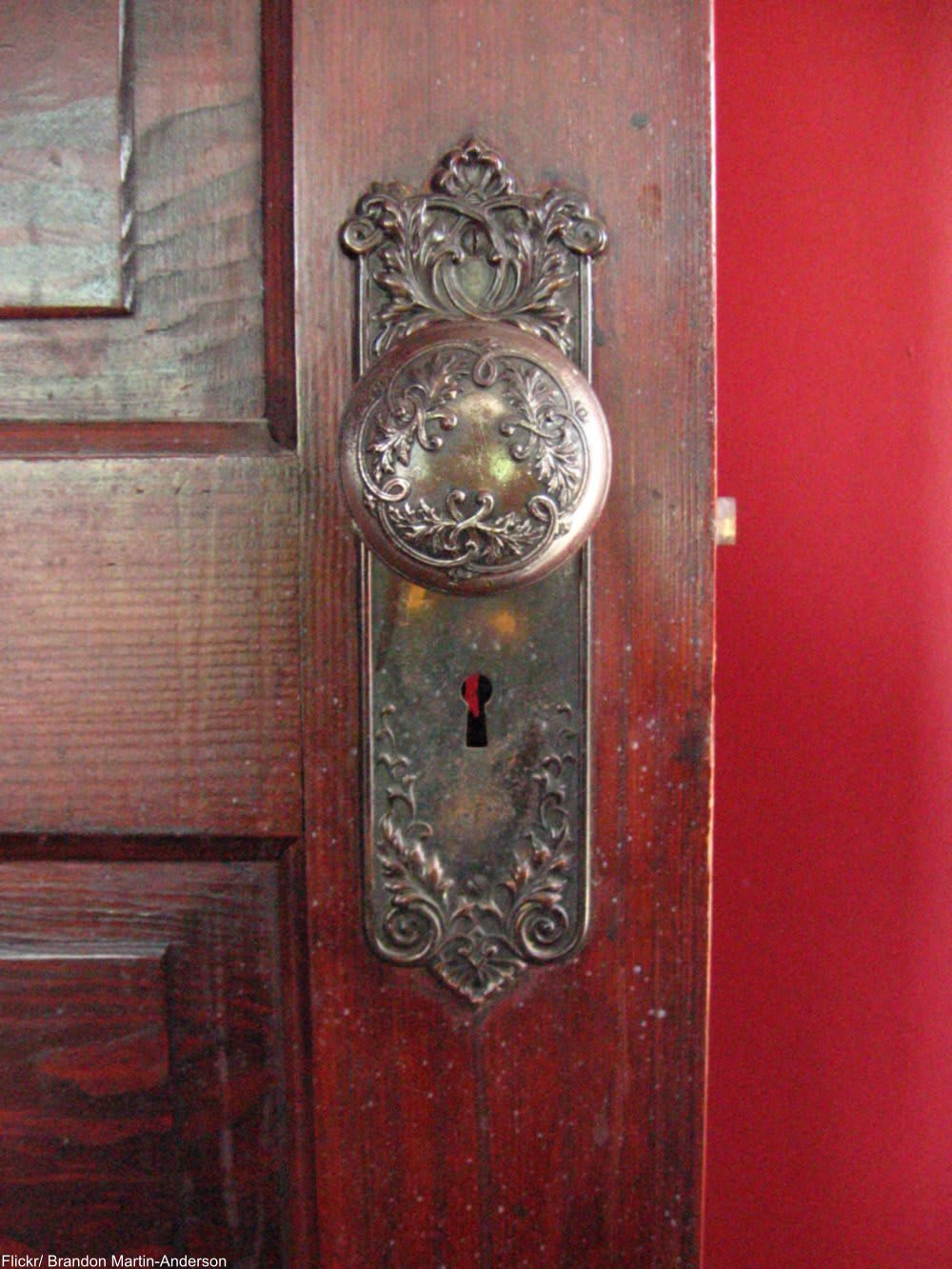 In bathrooms, hallways, and dressing rooms, built-in drawers with storage above was once quite common. Every little feature that was part of the house cut down on the amount of furniture a family had to move in with, making these homes functional even without a wealth of furniture. And how convenient these drawers are even in the modern era! 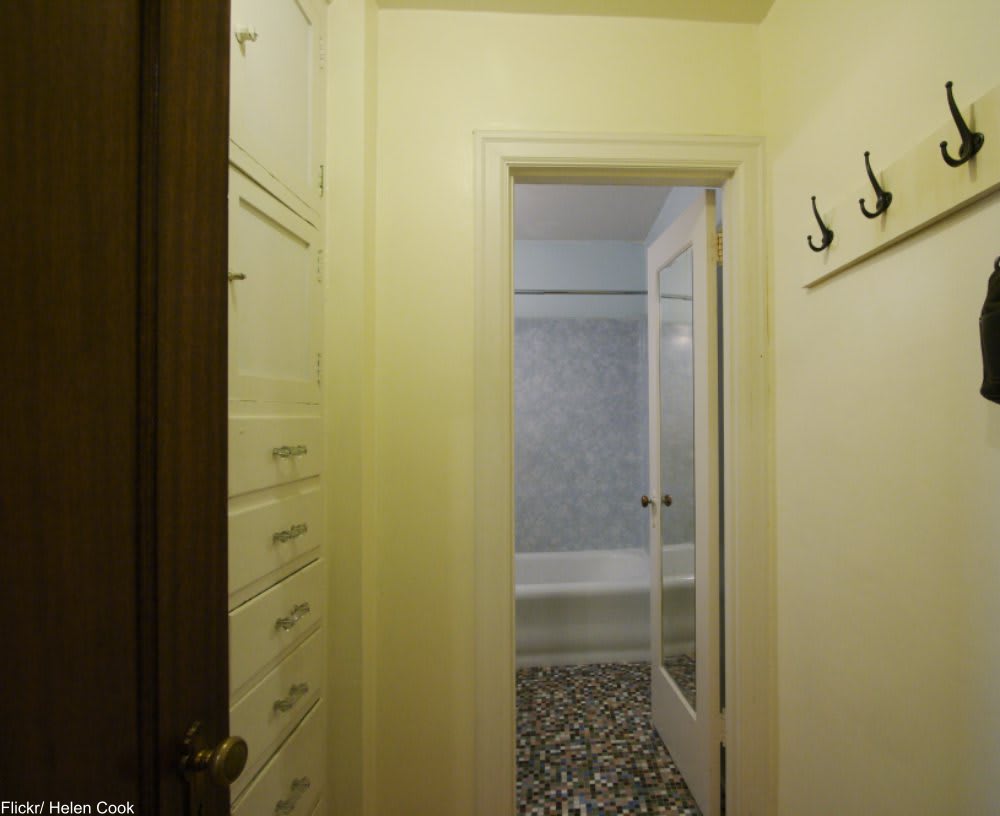 With modern central air conditioning most homes are not built with these airy porches attached, especially not on the second or third floors. Sleeping porches (even with glass windows) can be mighty drafty in the winter time, but in summer what a treat to sleep with the breeze on your skin! 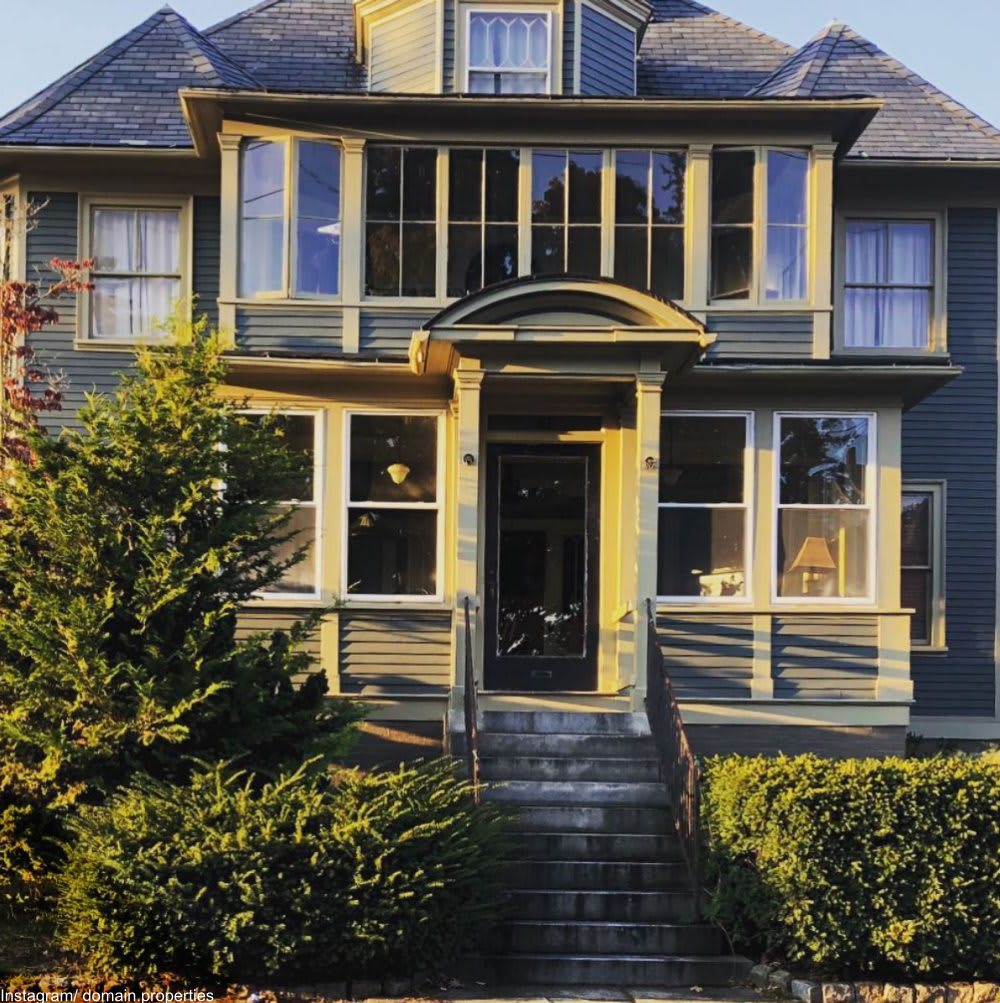 Decorating trends we wish would make comebacks: Click “Next Page” below!