For the most part, airports are not fun. They have all the stress of a Saturday afternoon IKEA shopping trip but without the comfort of Swedish meatballs. However, things are apparently a little more laid back and fun in the Changi Airport in Singapore.

So, it is no wonder that this airport gets called one of the best airports in the world. And we can see why – it’s incredibly beautiful and has a fun side to it. And if has one thing that certainly trumps all other airports: a slide. The slide even has a function beyond being fun, it actually helps get you to your gate. 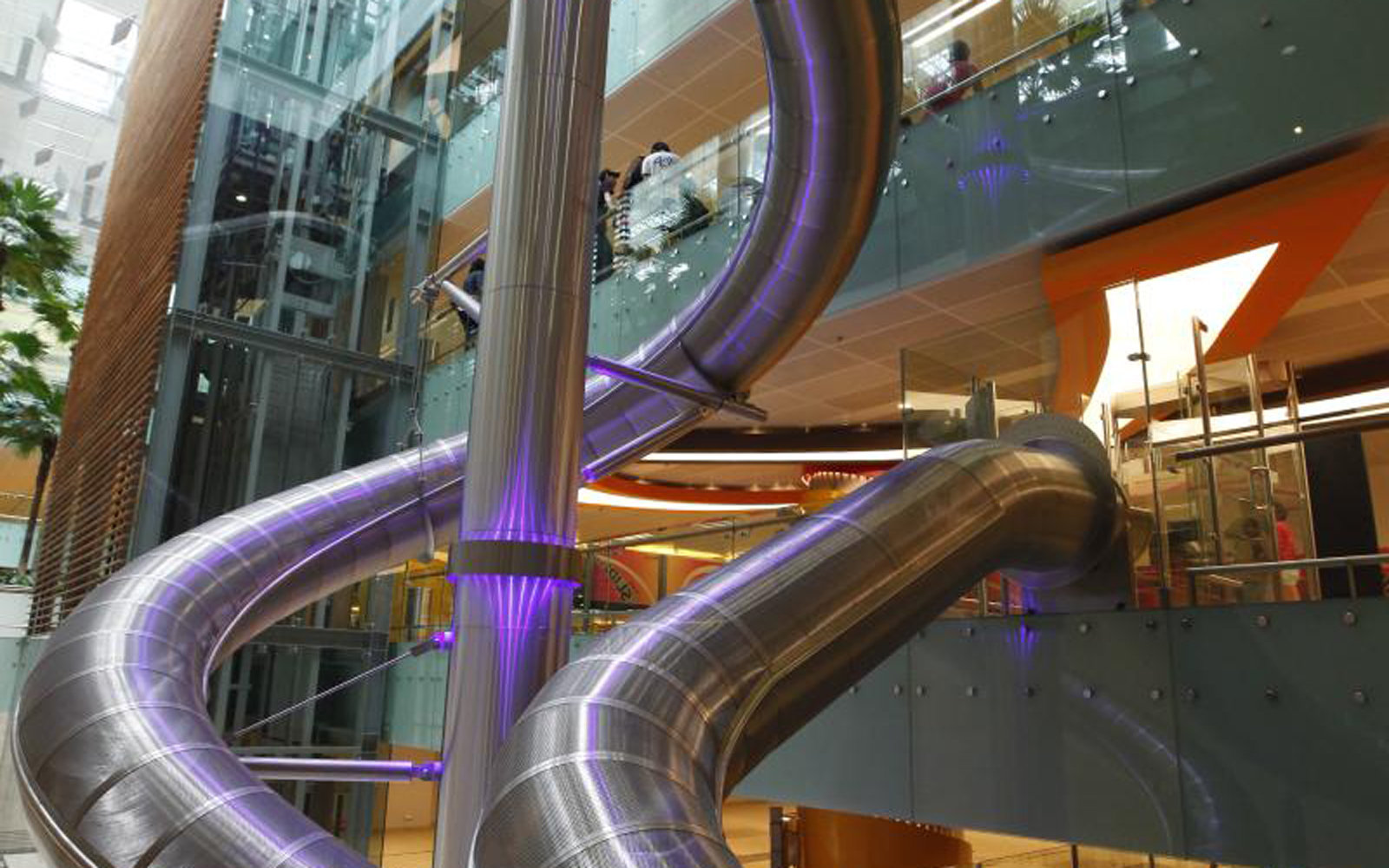 According to the Daily Mail, a passenger named Yusuf El Askary got to experience first-hand the joys of flying out of Changi Airport. A video clip filmed by El Askary himself features the man using his boarding pass to enter the multi-story slide, which is found in Terminal 4.

Once inside the tube, he gets to slide down. The ride goes pretty quickly and El Askary can be heard making a few noises of exhilaration as he hurtles down to his gate. While the trip is quick, the slide itself is rather large. You can see El Askary landing in front of Changi’s famous “red chandelier,” which is a giant playground filled with climbing nets and sliding poles, which were unveiled back in 2018.

El Askary said to Caters News Agency in a video description on YouTube, “I had never seen anything like it at an airport, I couldn’t believe it was true until I actually tried it.”

And don’t think that the slide El Askary rode down on was the only slide in the airport or even the biggest slide in the airport. Changi Airport actually has an even larger one in Terminal 3 and it is often referred to as the “world’s tallest slide within an airport.” The slide is about 39 feet high and spans four stories that go from Level 1 to Basement 3. It’s not clear how tall the slide in Terminal 4 actually is.

In order to use either of these slides, all passengers have to do is make a $10 purchase at any restaurant or retail shop in Changi Airport. And honestly, probably just buying yourself a magazine and a bottle of water will get you there.

If only other airports around the world would bring in slides to their terminals. It seems like it would be a great solution for those hungover people who are always late to the airport and rushing to get to their gate on time. Ok, it’s me. I’m hungover people.