A Lifetime of Style: The Fashion of the Late Gloria Vanderbilt

Some people exert a force on the rest of the world through their style. Celebrities like Jaqueline Kennedy Onassis and Marilyn Monroe, and designers like Diane Von Furstenberg and Christian Dior changed the course of fashion history in the 20th century. Another such icon, Gloria Vanderbilt, recently passed away at her home on June 17th, 2019, surrounded by her family and friends. Vanderbilt was 95-years-old when she died and over the course of nearly a century she helped to define fashion for generations of women. Have a look at her style in photos over the decades. 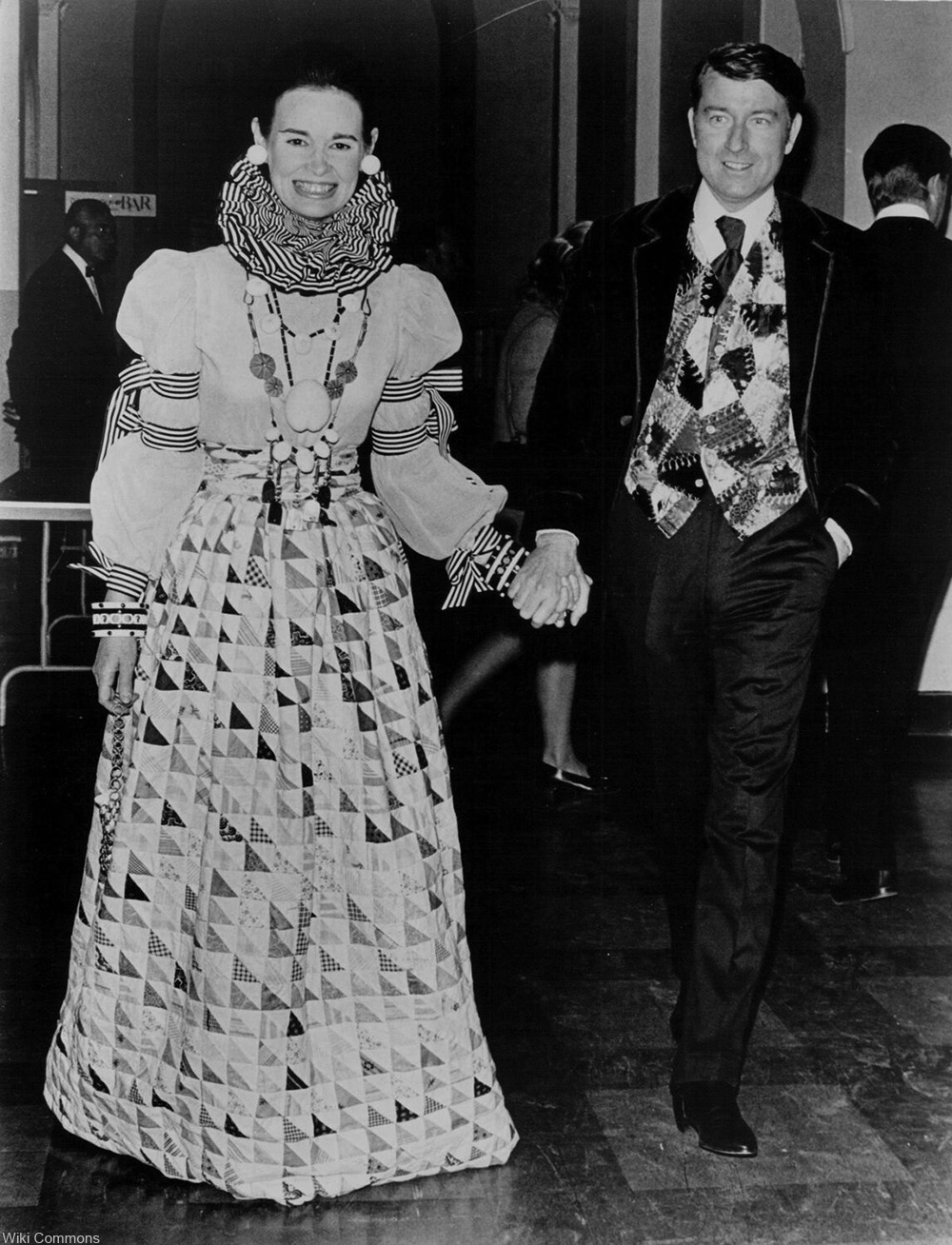 Vanderbilt grew up in France, having been born to railroad baron Reginald BVanderbilt in 1924. Her father died when she was a baby, leaving her mother and aunt to fight over who would win custody and control over her trust fund, which would not be her’s alone until she reached the minimum age. The press covered the story by calling her the “poor little rich girl” and featuring chaotic accounts of the court proceedings. 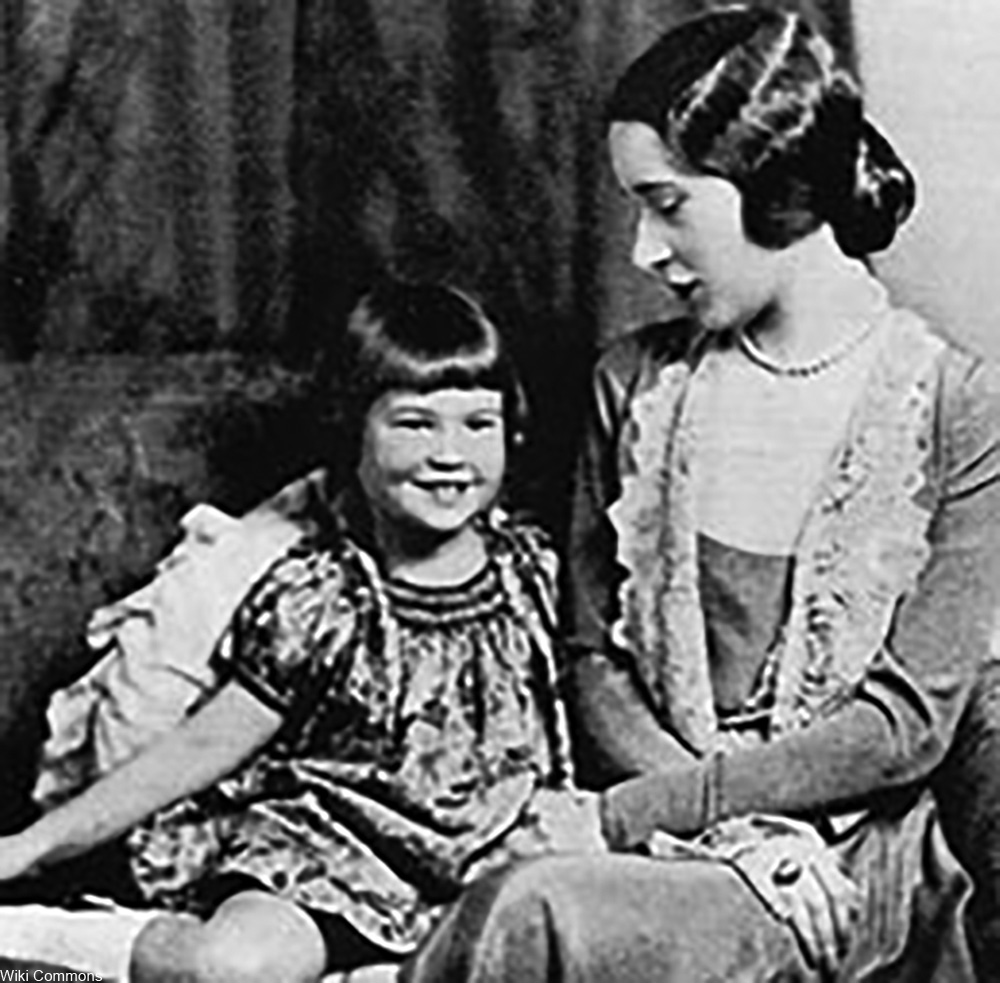 As a result of this tumultuous upbringing, Vanderbilt married young at the age of 17 to Pat DiCicco in 1941, but it was a short-lived relationship.

At this time, Vanderbilt got into modeling and her name became associated not only with fabulous wealth, but also with style. Along the way her celebrity status meant that her poetry and artistry also became public knowledge. The first exhibition of her artwork went up in 1948.

Breaking News! Gloria Vanderbilt, one of the last Vanderbilts who lived in many of the Vanderbilt mansions has died at 95. She will be remembered for her many accomplishments in the arts and fashion. #gloriavanderbilt Photo: Horst

Vanderbilt married conductor Leopold Stokowski in 1945, with whom she had 2 children, Leopold and Christopher.

A photo by #Horst for @harpersbazaarus. I was probably about 40 years old, it was before @andersoncooper was born. After a shoot I sometimes felt I had discovered something about myself I hadnt known, or seen, before. In this photo, leaning back on our living room sofa in a #mainbocher dress, I was thinking of nothing at all, except I was in love and happy, and the future stretched before like a field of untouched snow.

In the mid-1950s Vanderbilt made her debut on the stage, as she was most certainly a multi-talented individual. By 1955 she had divorced Stokowski and married again to Sidney Lumet. That marriage also didn’t last and she married a fourth and final time in 1965 to Wyatt Emory Cooper, with whom she had two late-in-life children, Carter and Anderson.

Reading a poem of mine on the radio sometime in the 1950’s.

Just came across this photo with @andersoncooper and Carter. It was probably taken around 1979. It seems like yesterday.

From the time I was very young, I used to love to wear men’s ties. It became quite popular in the 1960’s and 1970’s. Who can forget #AnnieHall and the divine @diane_keaton? 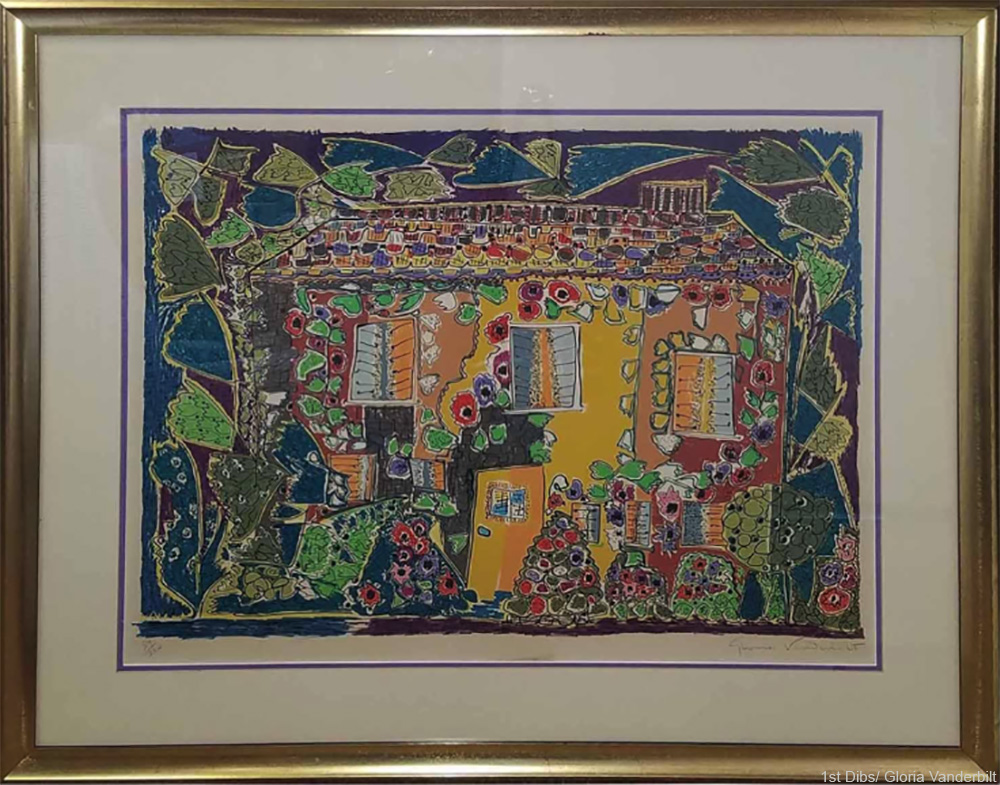 A lithograph of Vanderbilt’s from the 1970s. Her style often focused on color more than shape or light. Via. 1st Dibs

After having won the Neiman Marcus Fashion Award in 1969, in 1970 Vanderbilt’s forays into clothing design with manufacturer Murjani resulted in a line of scarves and blouses, then later jeans. Her own brand of jeans, GV Ltd, would become a household name in the 1980s. Vanderbilt’s clothing, despite her links to wealth and high fashion, centered around the average woman living a casual life. She gave a new glamor to denim just by who she was.

Never one to blend in. Happy Birthday to the one and only Gloria Vanderbilt!

This was taken in 1969 for @townandcountrymag

A post shared by Gloria Vanderbilt (@gloriavanderbiltjeans) on Jul 6, 2017 at 9:39am PDT

Vanderbilt took the emblem of her line, the swan, from her role in the play The Swan, her first stage presentation. The familiar logo would become a regular sight in women’s closets across the the U.S. And how many remember her perfume in the round bottle? It was a light and slightly floral scent released in 1982. 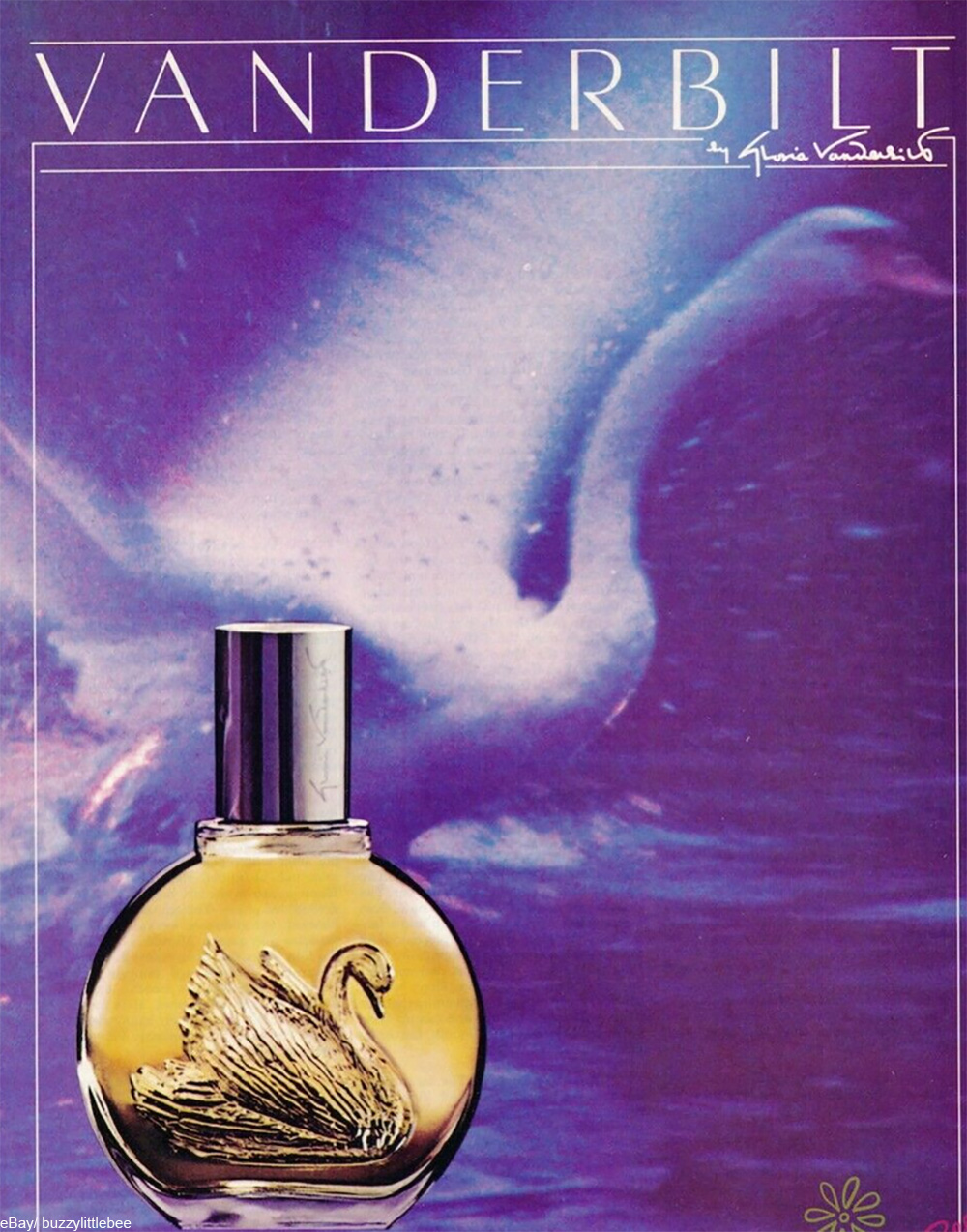 Her company would go on to release 15 more scents over the decades, however the first perfume to bear her name was Diamant Bleu, released in 1946. 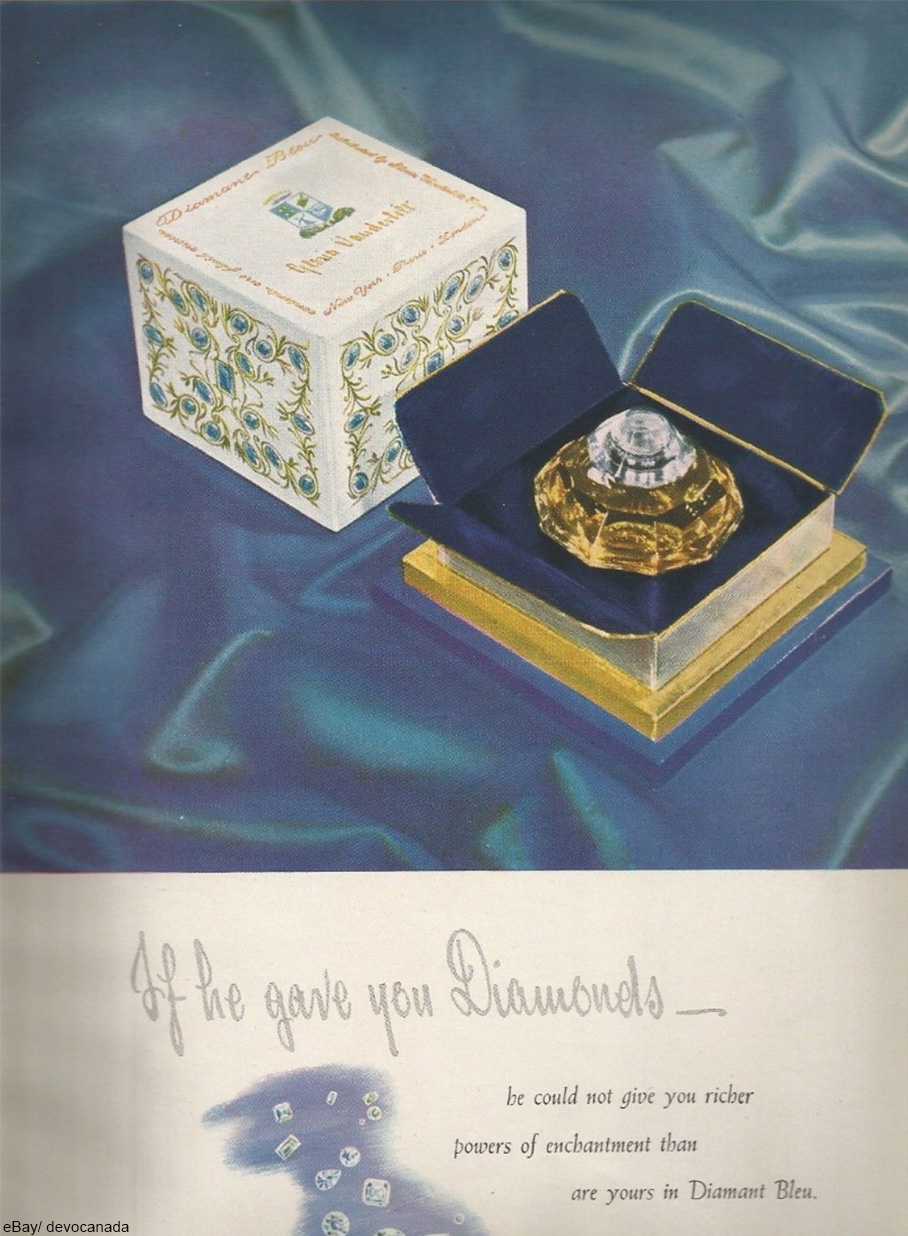 Vanderbilt’s creativity was world renowned and her homes were often the subject of magazine spreads, as well as her clothing.

Remembering Gloria Vanderbilt. Photographed by Horst P. Horst in her NY kitchen for Vogue in 1975. #gloriavanderbilt

Over the years Vanderbilt had been known as a socialite, an artist, a designer, an actress, and an author (and more besides). Her very public profile meant that she was always on show and her contributions to fashion certainly live on today. For a closer look at her fabulous style, check out the tour of her apartment below from 2018. It’s truly stunning.

The understated, yet effortlessly chic, style of Audrey Hepburn: Click “Next Page” below!