These Eerily Beautiful Skeletons Are Dripping in Gold and Jewels

The Catacombs under the streets of Rome have famously served as a morbid reminder of early Christianity and those who died for their faith. Filled with the skeletons of early martyrs, tours of these macabre tunnels recall chilling events. But, did you know that some of these skeletons were removed starting in the 16th and 17th centuries? Even more fascinating is that these anonymous skeletons then received the most elaborate ornamentations usually reserved only for knights and kings! 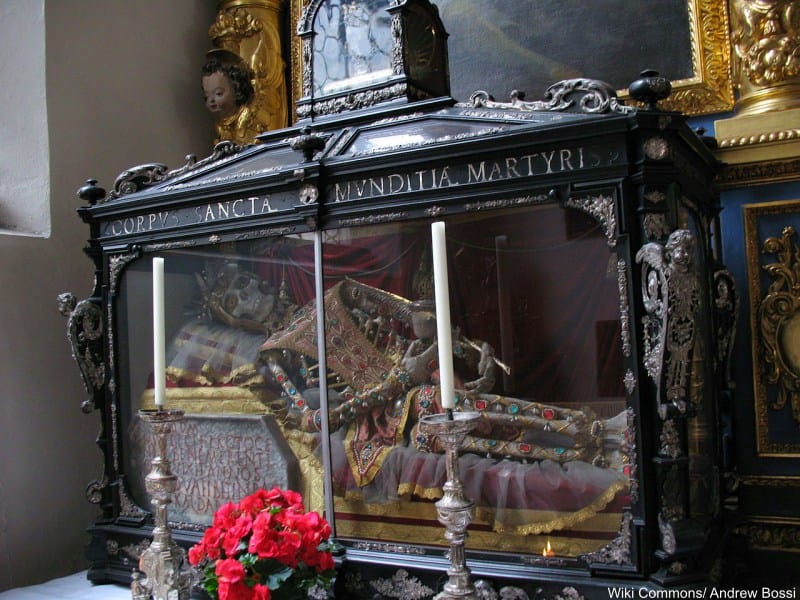 After excavation revealed the skeletons in 1578, many of the remains were ordered by the pope to be displayed in Catholic churches as a response to the austerity of the Protestant Reformation and the destruction of holy icons and relics that went with it. The skeletons were sent to churches in Germany and Switzerland to be display pieces that could replace some of the lost relics of the previous century. 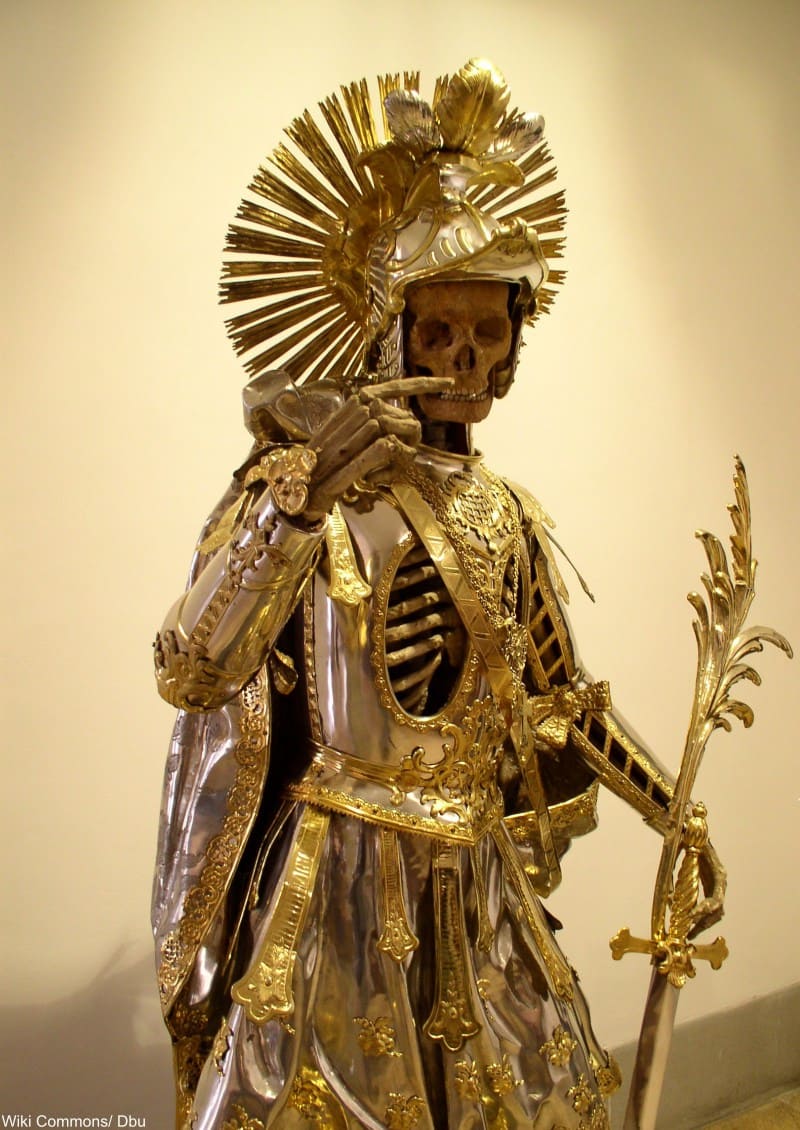 The skeletons were treated as saints, with embellishments about their pasts fabricated as none of the bodies in the catacombs were ever labeled. Some have speculated that the skeletons of “saints” with names shared by wealthy families (who could afford to pay for the transportation, blessing, and ornamentation of a skeleton) were “found” more often!

Treated as religious relics, these artifacts were then embellished with more than just fiction: they were decorated with gold threads, crowns, armor, jewelry, and other precious finery in stunning displays of the church’s wealth and power. Beyond instilling awe in the beholder, these relics were supposed to show the treasures that awaited true Christians in heaven.

The work was often done by nuns or monks, with a rare secular artisan brought in to make armor or other more complicated metalworks from time to time. 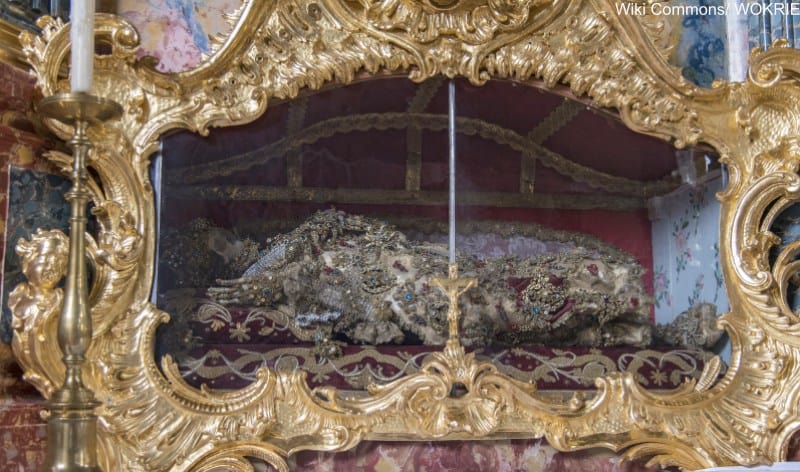 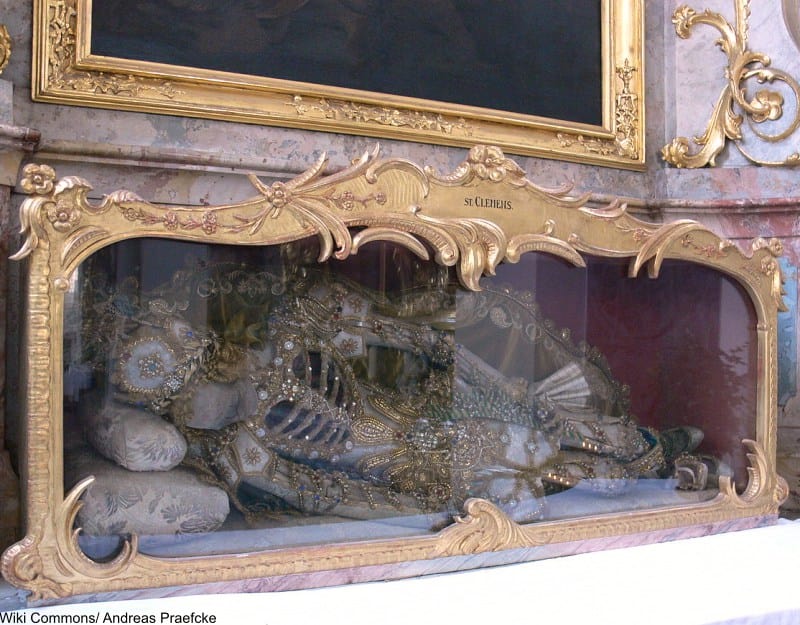 “Saint Clemens” at the parish church of St. Gallus and Ulrich, Kißlegg, Germany. Via/ Wiki Commons

The skeletons, now often known as the catacomb saints, were inset with jewels or given wings, their eye sockets often filled with gemstones in elaborate settings. Adding to the ethereal quality is the netting or lace which often covers the skulls and serves to stabilize the gems and gold.

Masks or netting often also effectively hid the decay of the “incorruptible bodies” of saints and martyrs, believed to be resistant to decomposition because of their holiness. 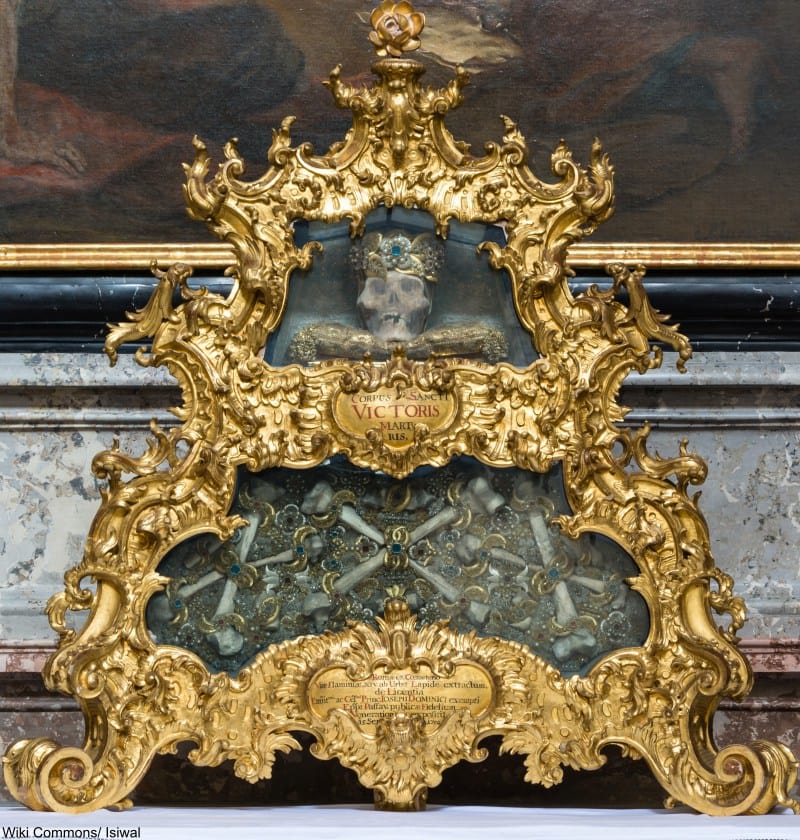 Display of a “catacomb saint” at Spital Am Pyhrn, Austria. Via/ Wiki Commons 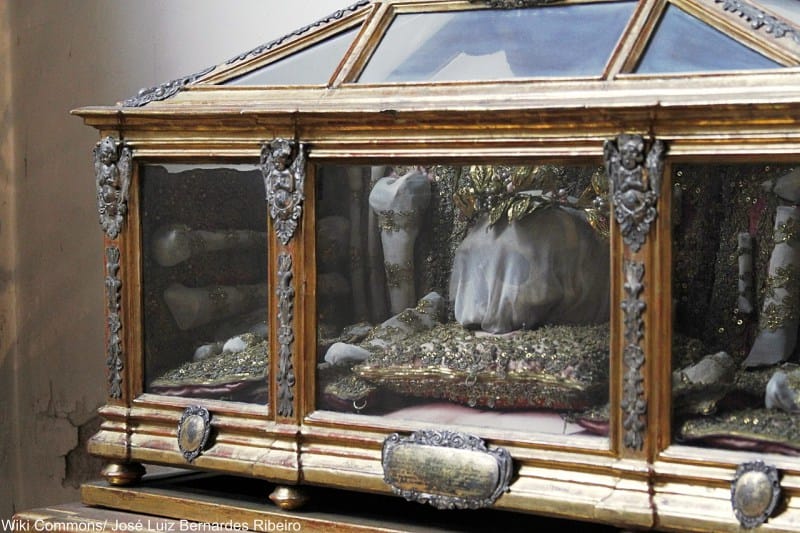 Back then it was not uncommon for the grave of a martyr to become a holy site or for their bodies to be dissected and fragments sent to various churches and abbeys across Europe. Once within the possession of a church a finger bone or a scrap of hair might become the centerpiece of the alter or a grand display. But, bedecking an entire skeleton with precious stones went above and beyond previous reliquary practices. 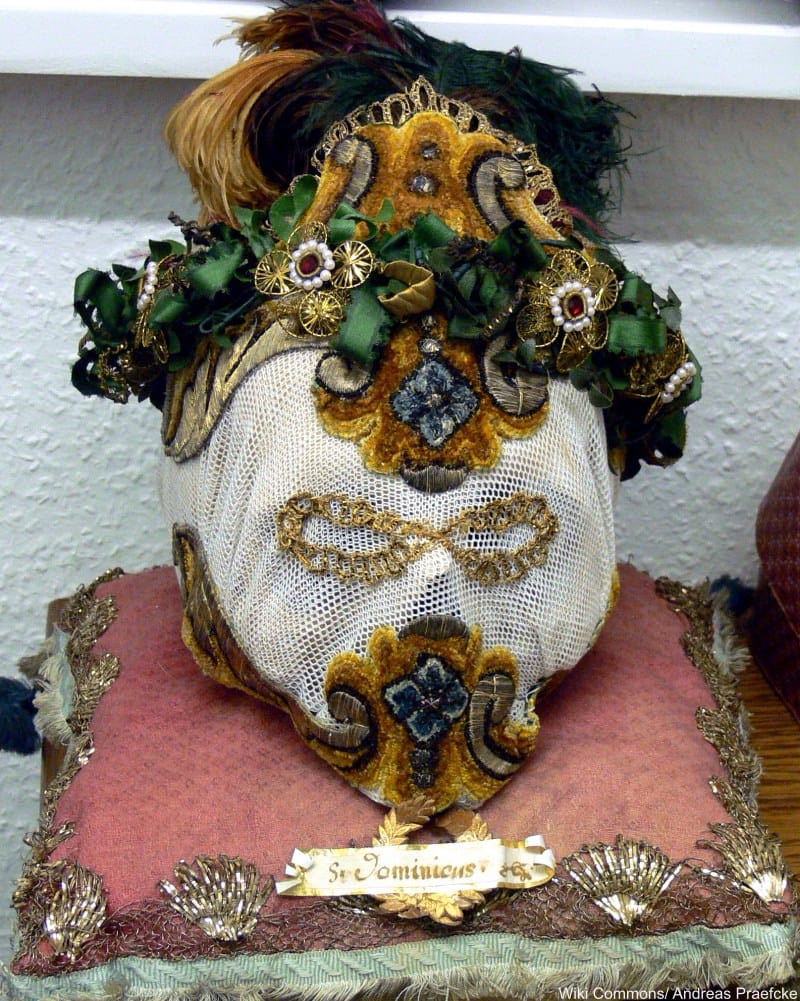 “Saint Dominicus” at the Museum of Monastic Culture in Weingarten, Germany. Via/ Wiki Commons 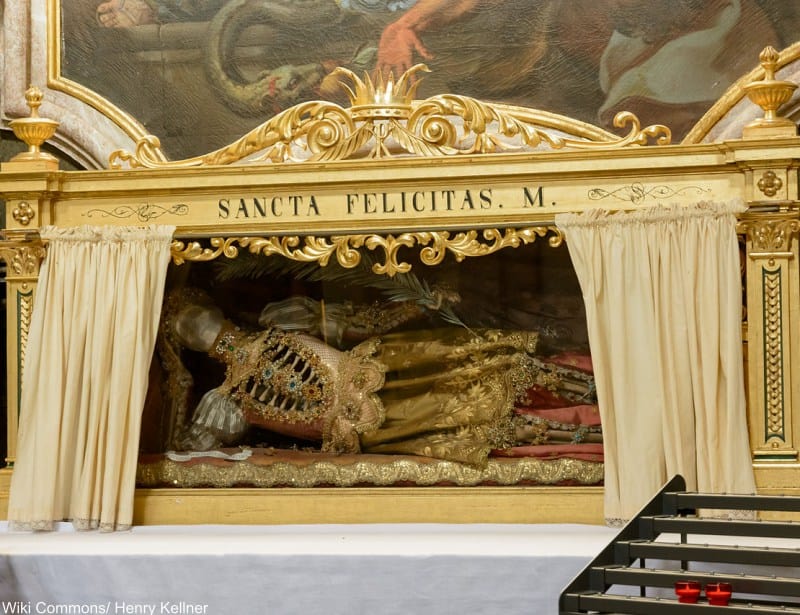 Once the furor of the Reformation died down and the questionable history of the skeletons came to light, many churches hid or destroyed their bejeweled skeletons. For centuries many of these incredible works of art were not on display or indeed even talked about. Today the remaining “catacomb saints” serve as beautiful and haunting history lessons, as well as incredibly unique works of art.