Man Finds Classic Car Buried in His Garden During Lockdown

Of all the things to do in a lockdown scenario, many people are finding solace in baking and creating art. These soothing hobbies can be the difference between being dissatisfied versus making the most of each day. One man in England was engaging in some pandemic gardening, since there isn’t much else to do, when he stumbled upon a 1950s car buried in the dirt! 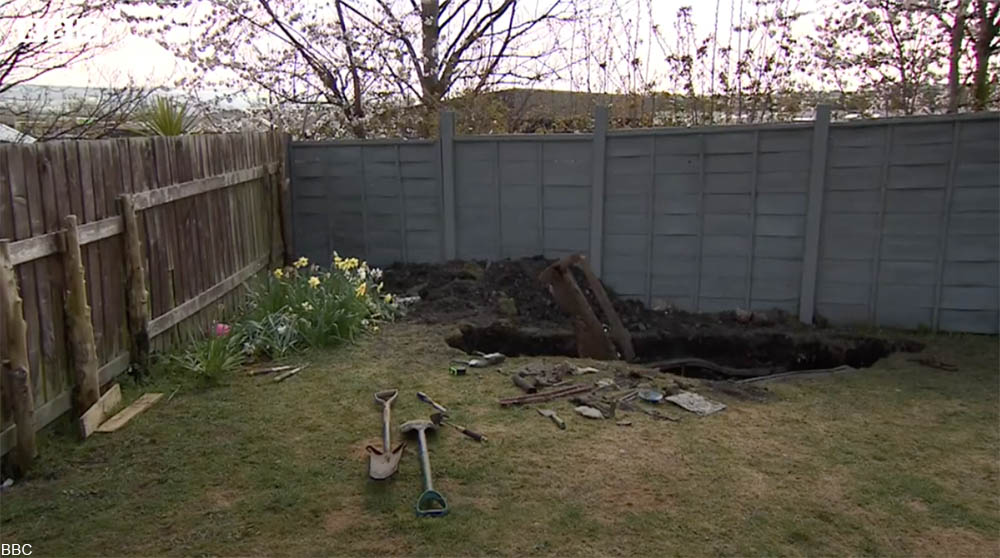 The car was completely concealed from detection for years. The homeowner, John Brayshaw in West Yorkshire, found the car by accident, including the license plate and the motor. Everything was intact, although covered in dirt and rust.

The model of the car is Ford Popular, nicknamed the Pop, in grey – a car that was indeed quite common during the 1950s and 1960s. In post-war Britain there was not a lot of choice when it came to new cars due to import restrictions and the halt of car production for the 6 years of the war. When the Pop came into production in 1953 it was the car that everyone had. 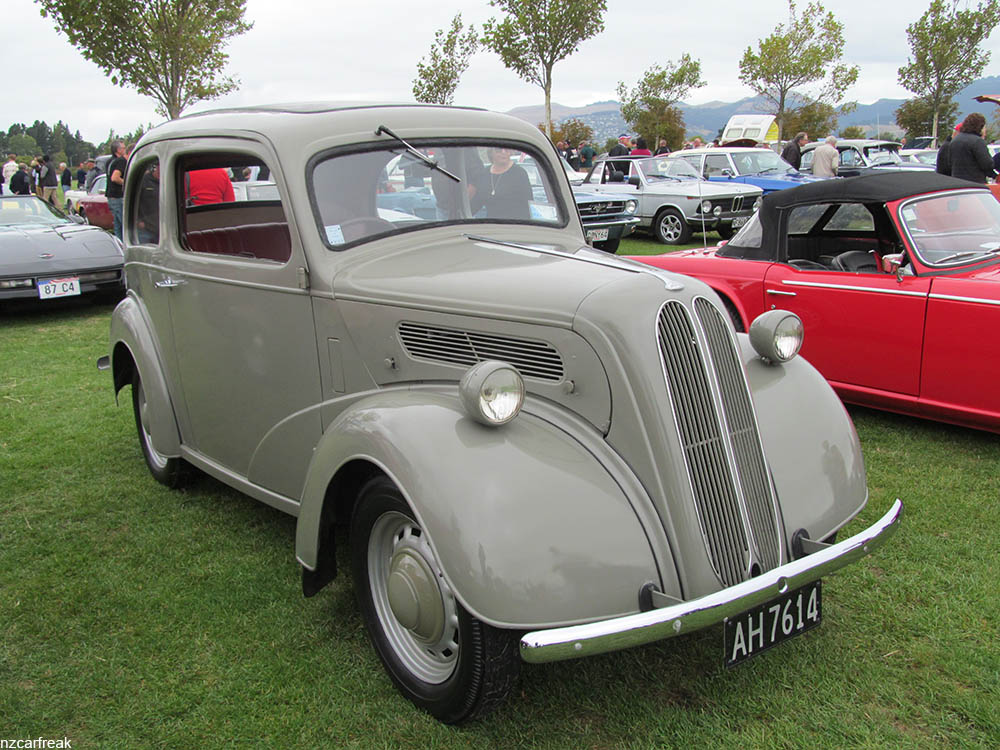 A restored Ford Popular at a car show. Via/ Flickr

The Pop has 2 doors with a very basic motor and was in production for 9 years before largely fading into the annuls of history. Today, this model is one that is shown at classic car shows and rallies, despite not being large or flashy. According to Brayshaw’s research the car seems to be from 1955/56 and is from the 103E series.

Since Brayshaw’s discovery, some have put forth the notion that the car could be an old military vehicle. Another explanation for the burial is that after the war the price of scrap metal had dropped so much that it may have been cheaper to bury the car than to have it towed to the junkyard. 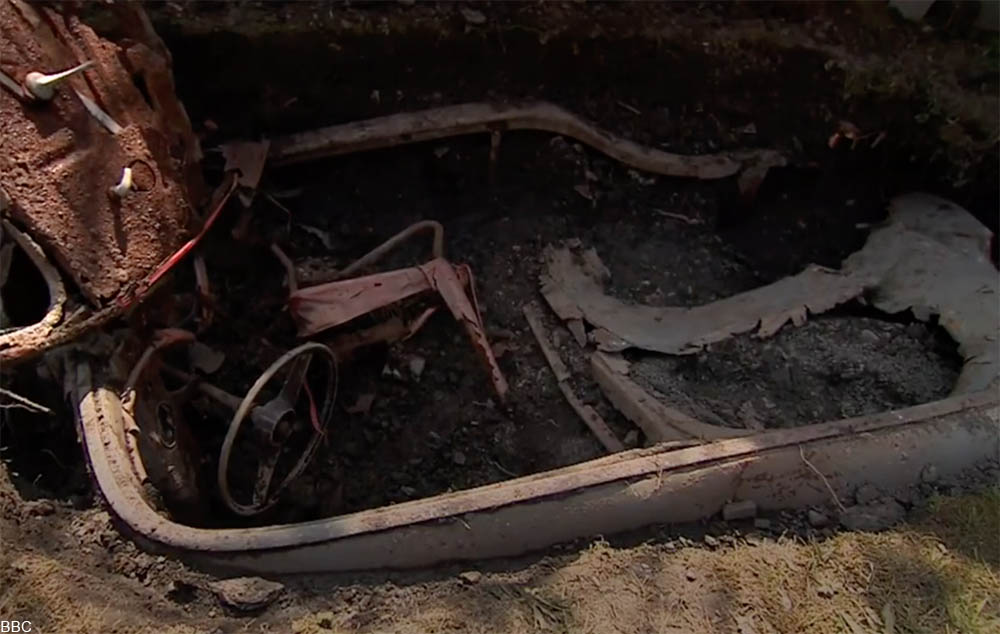 Brayshaw said he’d love to completely remove the car, but that he doesn’t think it’s possible to accomplish by hand. He has asked that anyone with clues on this strange mystery come forward. He said in an interview, “It’s just weird how it’s down there.” You can say that again.

See the garden and the buried car in more detail in the video below.