Cape Canaveral and the Space Race

The site of many NASA rocket launches, as well as the pioneering Mercury program, Cape Canaveral was first opened up in 1948 and was known by its alternate name of Cape Kennedy from 1963-1973 as it had been renamed by Lyndon B. Johnson in honor of assassinated President, John F. Kennedy.

The Cape Canaveral Air Force Station, adjacent to the Kennedy Space Center, still is a hub of space-related activities and rocket launches. However, many people confuse the two facilities today in part because of the confusing rename. 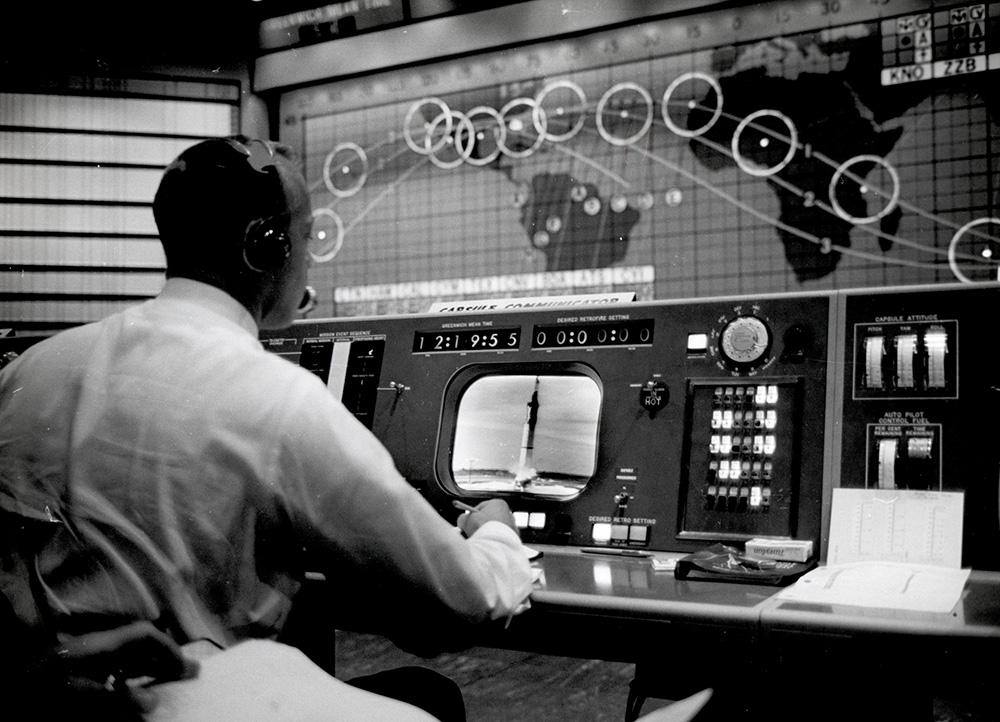 Astronaut Alan B. Shepard monitoring the launch of Mercury-Redstone 4 at the CAPCOM console in Mercury Control Center. Via/ NASA

The Space Race was a competition of sorts to see which country could first successfully launch orbital spacecraft, astronauts, and satellites into space. The USSR had beaten the U.S. to the punch when it came to putting the first satellite in space (Sputnik I -1957) and the first man in outer space (Yuri Gagarin- 1961). This set in motion a series of events to outshine the Soviets when it came to space missions and which led to the NASA success of the Moon Landing in 1969.

Launch of the Atlas-Agena rocket in 1965 which failed to rendezvous with Gemini 6, resulting in cancellation of the project. Via/ NASA

NASA and the U.S. government sought to achieve other firsts in space exploration, many of which were launched from Cape Canaveral.

The whole area was changed by the Space Race, resulting in increased technological industries which supplied the space program and a boom in retail, art, and cultural institutions thanks to an influx of highly educated NASA personnel.

In the late 1950s and early 1960s the area around Cape Canaveral became more populated as scientists and their families flocked to the region- a result of the increased activity of the space program, spurred on by the Soviet Sputnik I satellite. Cape Canaveral was frequently in the national news in the early days of the space program as amazed viewers and TV camera men looked upon the most powerful rockets of the era.

Have a closer look at Cape Canaveral and the surrounding areas in the clip below from the early 1960s.