Why Do Canadians Drink Milk In Bags?

If you happen to be in a grocery store in the Ontario area, you might come across something unusual in the dairy section. Shoppers might just be lifting a 9-pound item into their cart that appears as if it is a plastic package made for diapers. It isn’t diapers, it’s a bag of milk.

On the inside of the package is actually three medium-sized bladders of milk all bundled together. When the package makes it home, the milk is put into a pitcher and a corner of the plastic bag is snipped off using scissors for pouring. It may also be possible that a smaller hole is made to let the air out. Since the milk isn’t sealed fully, it has to be consumed quickly. 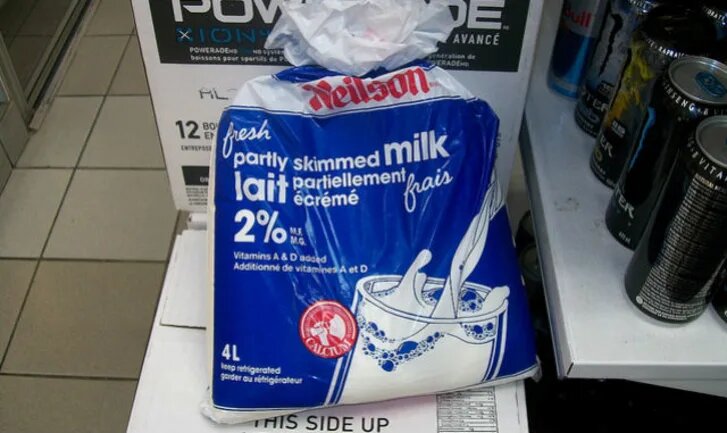 For many who enjoy drinking milk regularly, they may feel as if the resealable container is a better choice. In Ontario, however, a minimum of 75% of milk sold comes in these plastic bags. You will also find the bags in the Maritimes and Québec.

If you’re wondering why they do this, you may need to think about the metric system.

Glass bottles were still being used in the late 60s for milk but officials recognized the amount of waste and expense that was going into the packaging. It was difficult to transport the heavy bottles and if you dropped one, it would almost certainly break. Coincidentally, that is about the same time that Canada was converting to the metric system.

Since liquids would now need to be sold in liter sizes, manufacturing plants started producing cartons and jugs for that purpose. It was recognized that a considerable amount of cost would be associated with altering the machines to the new requirements. When DuPont introduced the possibility of injecting milk into plastic bags in the late 1960s, it didn’t require as much of an adjustment.

Not only did it save the manufacturing plants time and money, it also produced less waste. There is still some plastic needed to hold the milk but much less than a traditional plastic carton. That is where the sacks of milk came from, and it seems like an obvious choice for Canadians. 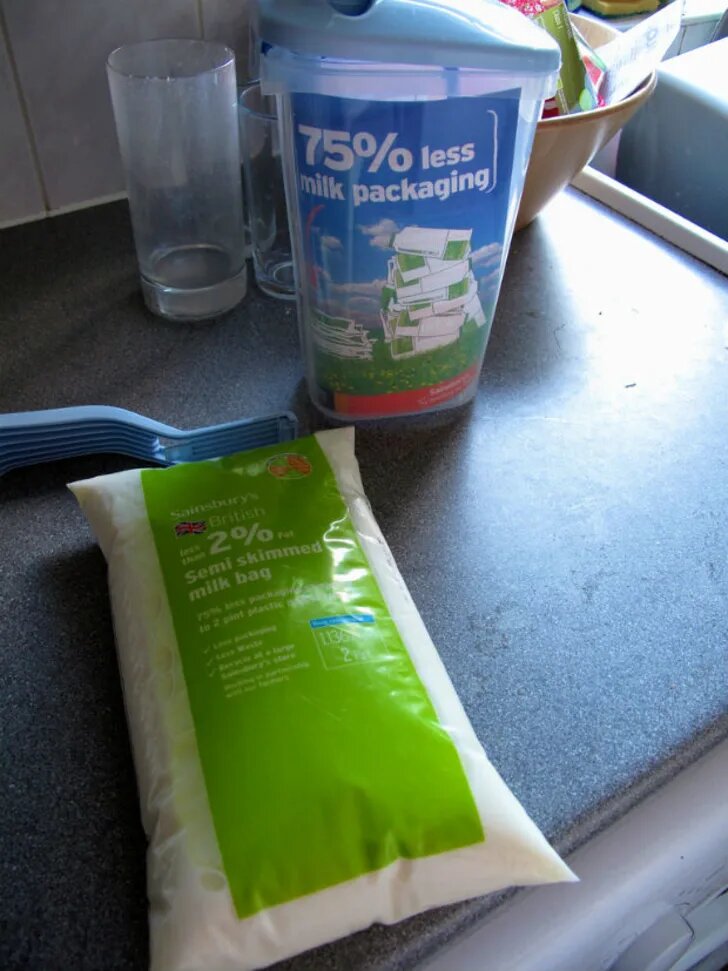 The metric system was already in full swing by the 1980s in Canada. It became common for four-liter packages of milk to be sold in Ontario at the time. It wasn’t long before shoppers were on board, realizing that there were some benefits to the new system. One of the drawbacks was that milk would sour quickly but, since the packaging came with three internal bags, a new one could always be opened. Any unused bags could be stored conveniently in refrigerators, even in spaces where a typical milk jug would not fit.

The milk packaging is not adopted throughout Canada, and in some parts of the country (as well as other parts of the world) it still seems unusual. There are some areas of the world that are starting to adopt this way of packaging milk, including in Sainsbury, which started rolling out milk bags in 2010. They even offered an incentive for people to make the change, which was a free pitcher.

In the United States, there are also some who have adopted this way of packaging milk, including the Golden Hills Elementary near Omaha, Nebraska. You will find children sipping from Capri Sun-Esque milk pouches at that school. Similar bags can also be found in Hungary, South Africa, and China.

If you are traveling to any of those areas, you may want to try heading over to Wisconsin, Iowa, or Minnesota to a Kwik Trip or Kwik Star convenience store. Those stores sell bagged milk in half-gallon sizes.