How Many Calories Did a 1950s Housewife Burn in a Day?

Because women often stayed at home doing every single housekeeping chore, they burned a lot more calories than we do today. This is no surprise to anyone who’s ever done all the housework for an entire family. But, just exactly how many calories they burned off in a day is pretty surprising. If you’ve ever wondered how so many housewives of generations past stayed so trim, then you are about to find out that housework was truly their greatest workout routine. 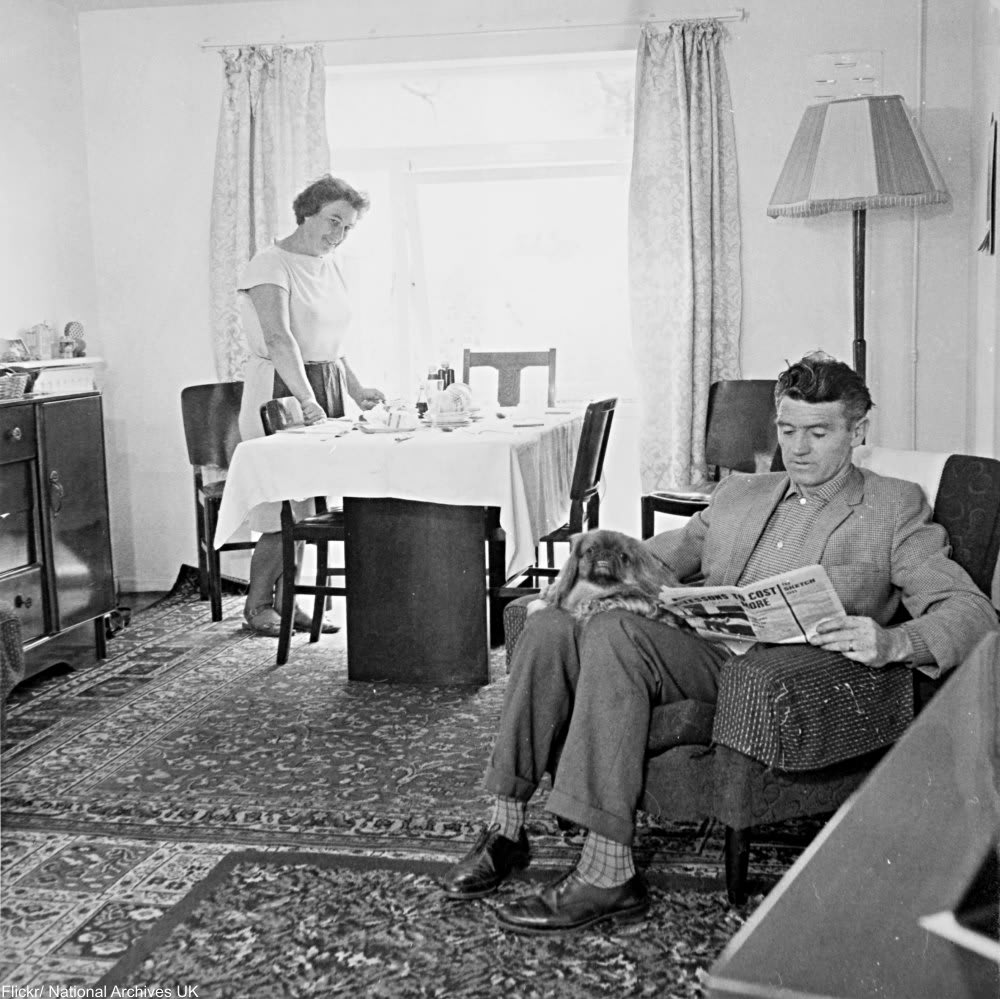 More ironing, and less efficient cleaning tools meant that just to get the same amount of clean they had to work a lot harder (and their houses were often a lot cleaner than today’s homes). And it wasn’t just the housework that burned up calories, either. Daily or frequent shopping, sometimes done on foot, was another contributor to the total number of calories burned in a day.

So lets break down how many calories a housewife might have burned on a daily basis. On average women spent between 6 and 8 hours each day (or more) engaged in physical activity related to the home- so it was definitely full time work!

Modern evaluations of how many calories are burned doing housework vary widely, but many hover around 150 calories burned per hour of work. Housewives in the past often spent most or all of their days cooking, cleaning, chopping, ironing, vacuuming, and sewing. 150 calories multiplied by 8 hours is 1,200 calories burned just in keeping the household running. This does not include the energy to simply live or any physical activities or hobbies. 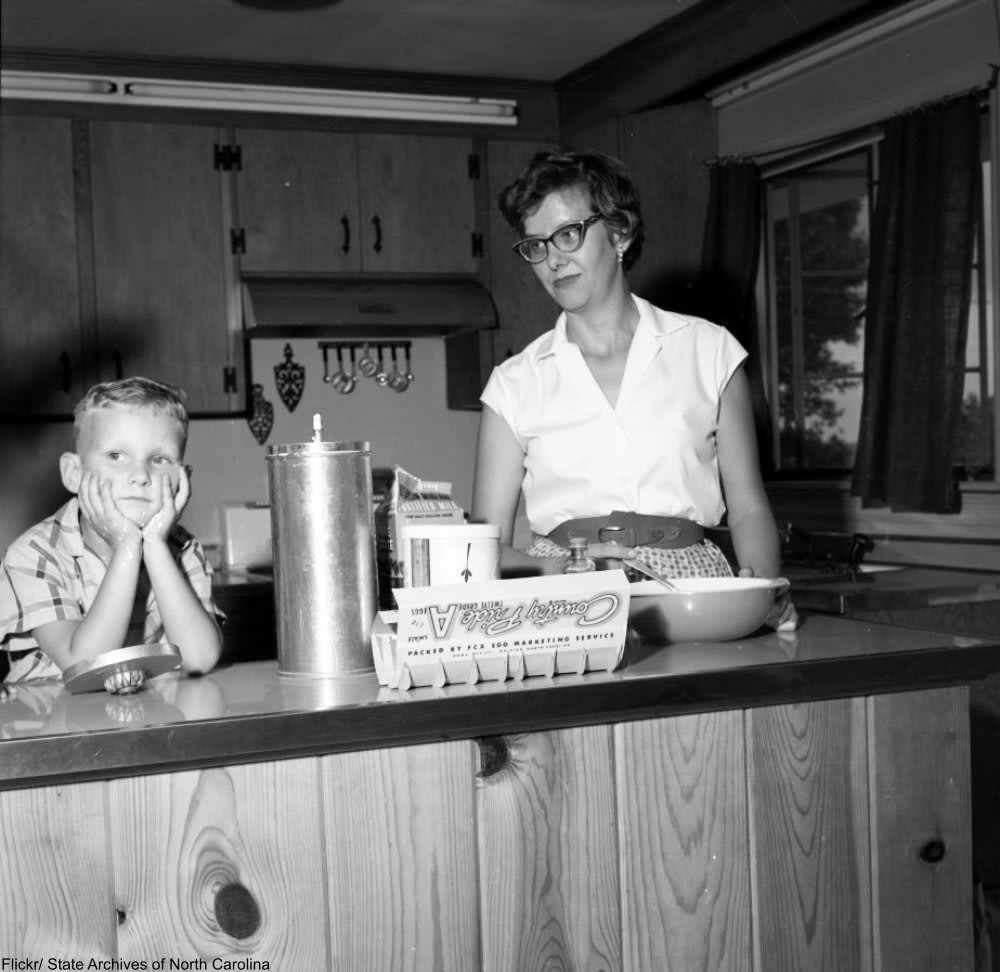 Now let’s consider the equipment for a moment. Modern estimates of housework are figured based on how we live today, using the tools we have now. But, modern effort-saving appliances were only just becoming available for most households during the 1950s, as many were still quite expensive. And, this does make a difference.

The type of tools also made an impact on energy expenditure. Using a modern vacuum, which is lighter because of plastic parts, and more efficient because of attachments and advances in cleaning technology, probably burns slightly fewer calories than it did in 1950. And, there was no Swiffer in the 1950s, no anti-bacterial wipes or easy-wring mops, and most of a woman’s tools were quite a bit heavier and harder to operate than today’s cleaning devices.

The same goes for cooking: without food processors, electric spice grinders, stand mixers, coffee makers, and other time-savers a woman could spend double or more the amount of time and energy we spend cooking the same type of meal today. If cooking today burns about 50 calories every 20 minutes then a meal that takes 1.5 hours to prepare should burn around 225 calories (probably more in the 1950s) – that’s more than some breakfasts!

Households in the 1950s would have perhaps had a washer, but many did not have a dryer yet, which meant housewives had to hang out the clothes at the very least. Between 70 and 250 calories per hour of work are burned in doing the washing, drying, and folding of laundry, depending of course on what kind of equipment you’ve got and how much laundry you’re doing. 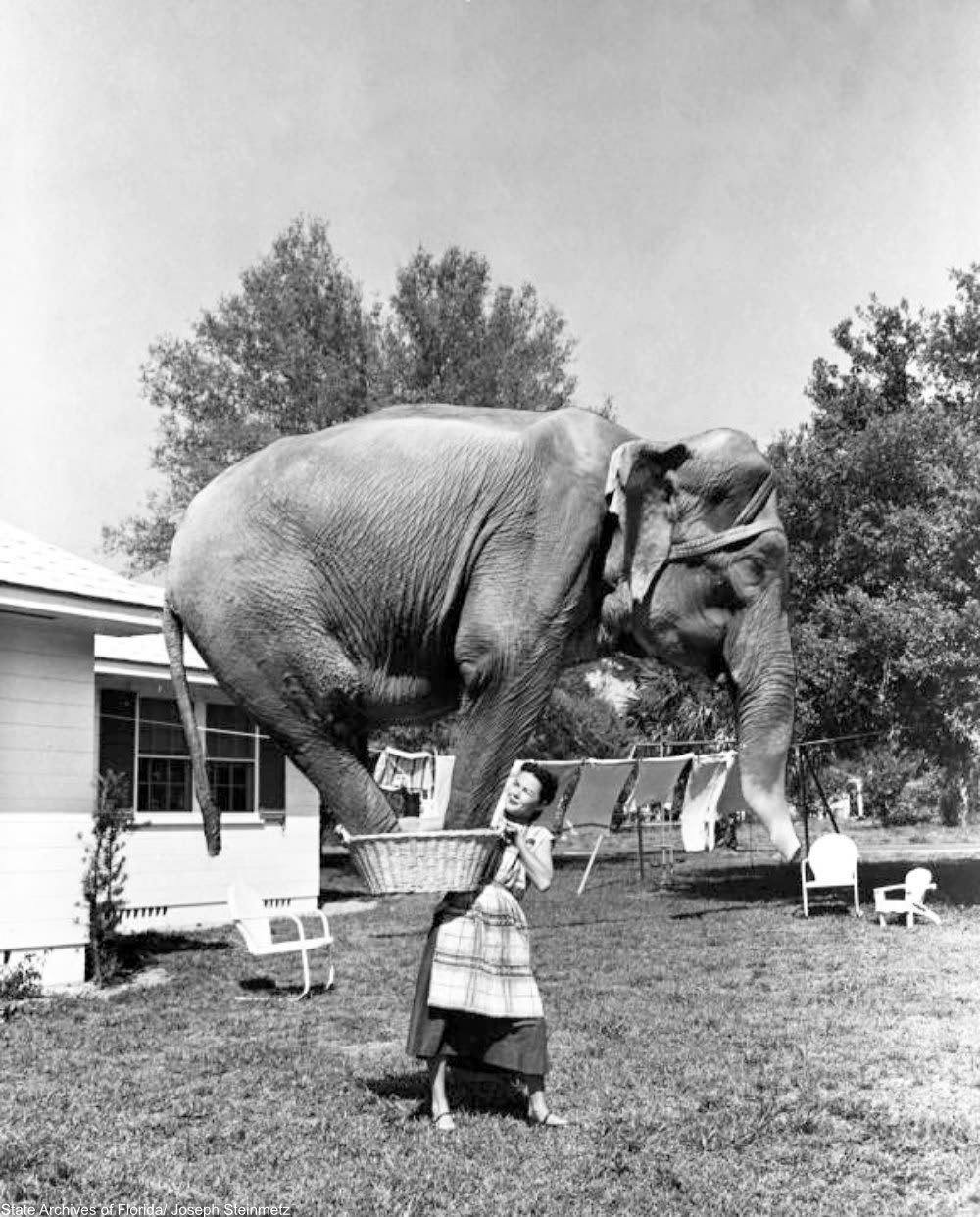 Obviously, washing and wringing clothes out by hand takes much more energy than using machines and putting away the laundry burns a further 90 or so calories per hour.

Every 15 minutes of ironing burns about 40 calories, but how much ironing do you do per week? Back then it was quite a lot, perhaps an hour or more for the whole family as there was very little in the way of casual clothes which required zero ironing. Older daughters would probably help out or do their own ironing, but sons rarely did. 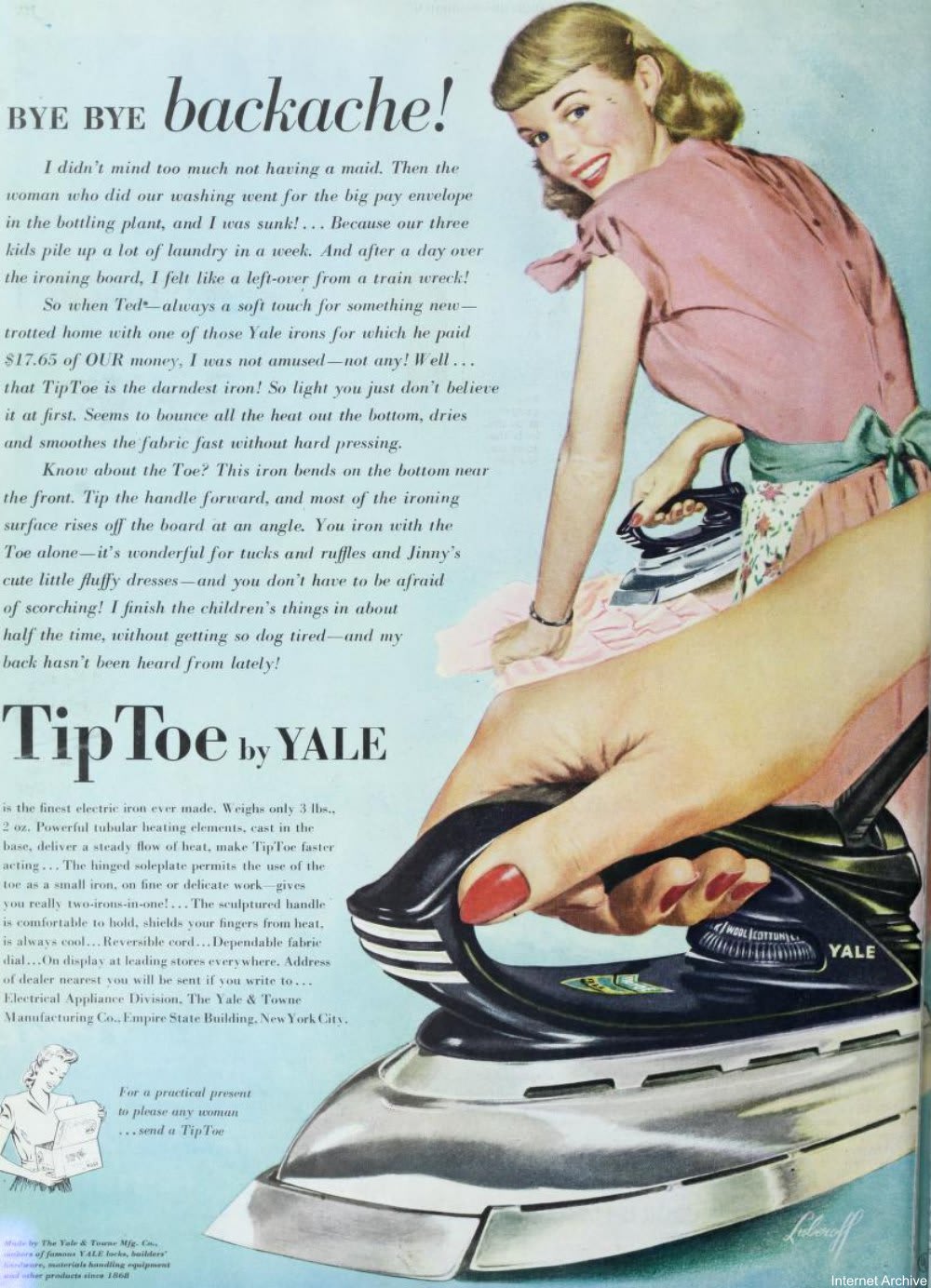 Today mending takes up zero time for most people since they refuse to do it. For many people it seems easier to just buy something new when any kind of wear becomes obvious (excepting that favorite old shirt or sweats for lounging). But, back in the 1950s women spent a great deal of time not only mending small (or large) patches of wear, but also up-cycling clothes, making hand-me-downs fit other kids, and customizing or even making special pieces for their families.

How a family looked was the hallmark of a housewife’s pride in her work and as such even minor issues like a missing button or a tiny hole were seen to right away. On mend day a woman could spend hours sewing and seeing to tiny details, which burns about 34 calories per hour if done sitting down.

How many of us deep clean every single week? And how many of us do it using hand tools and scrub brushes, getting down on our knees to get into every single corner? For many housewives of the past this was their standard of cleanliness. Different areas of the home might be tackled on different days, but to be certain there was some deep cleaning being done every single week. For instance, scrubbing the floors burns just under 200 calories per hour. This does not include sweeping, vacuuming, or polishing. 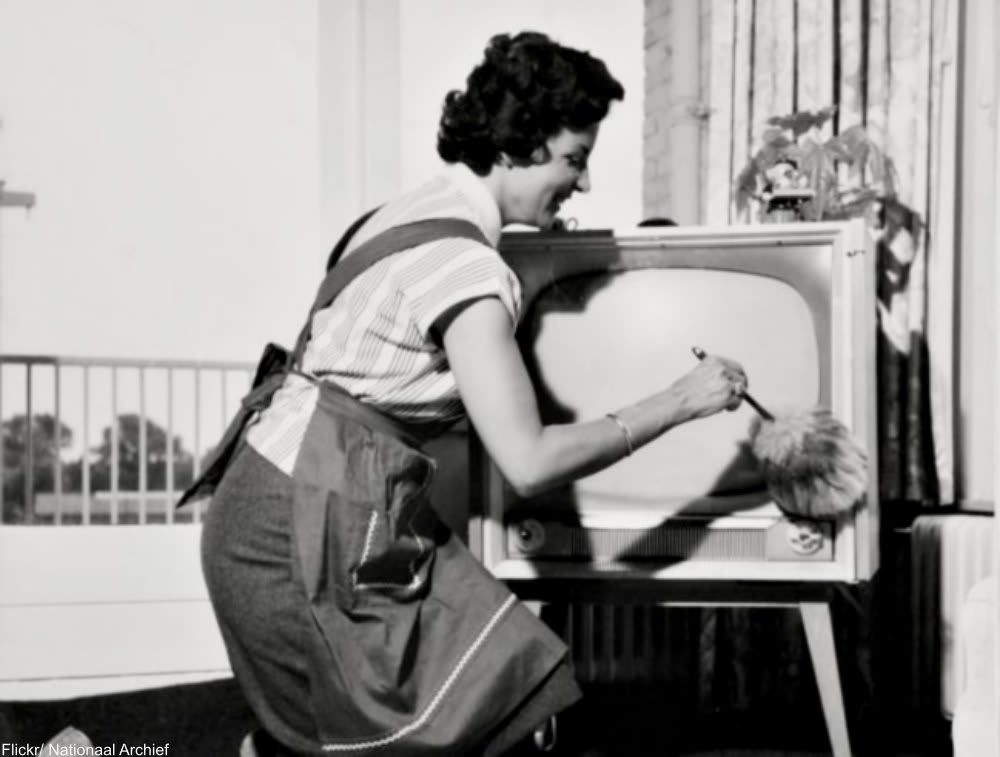 Most women wouldn’t have mopped, dusted, or polished the silver every single day, but cleaning was much more frequent and vigorous than anything most folks hold themselves to today. Some people have argued that cleaning isn’t really a great work out, and if you clean like a modern person then it isn’t. But, a 1950s housewife cleaned much harder and for hours at a time- unlike anything save for professional maids and cleaners these days!

Today it would be a major inconvenience for most us to end our week by baking a whole lot of bread, but some wives certainly did spent their Fridays baking breads, rolls, and cakes for the family. The idea was that breads could be kept fresh for a few days, affording Mother a chance to rest on Sunday, as well as saving the family money. By the 1950s many women were choosing to buy their bread from the store all sliced and ready to go. But, this does not mean they didn’t use the time to bake or to work on the house just as hard. 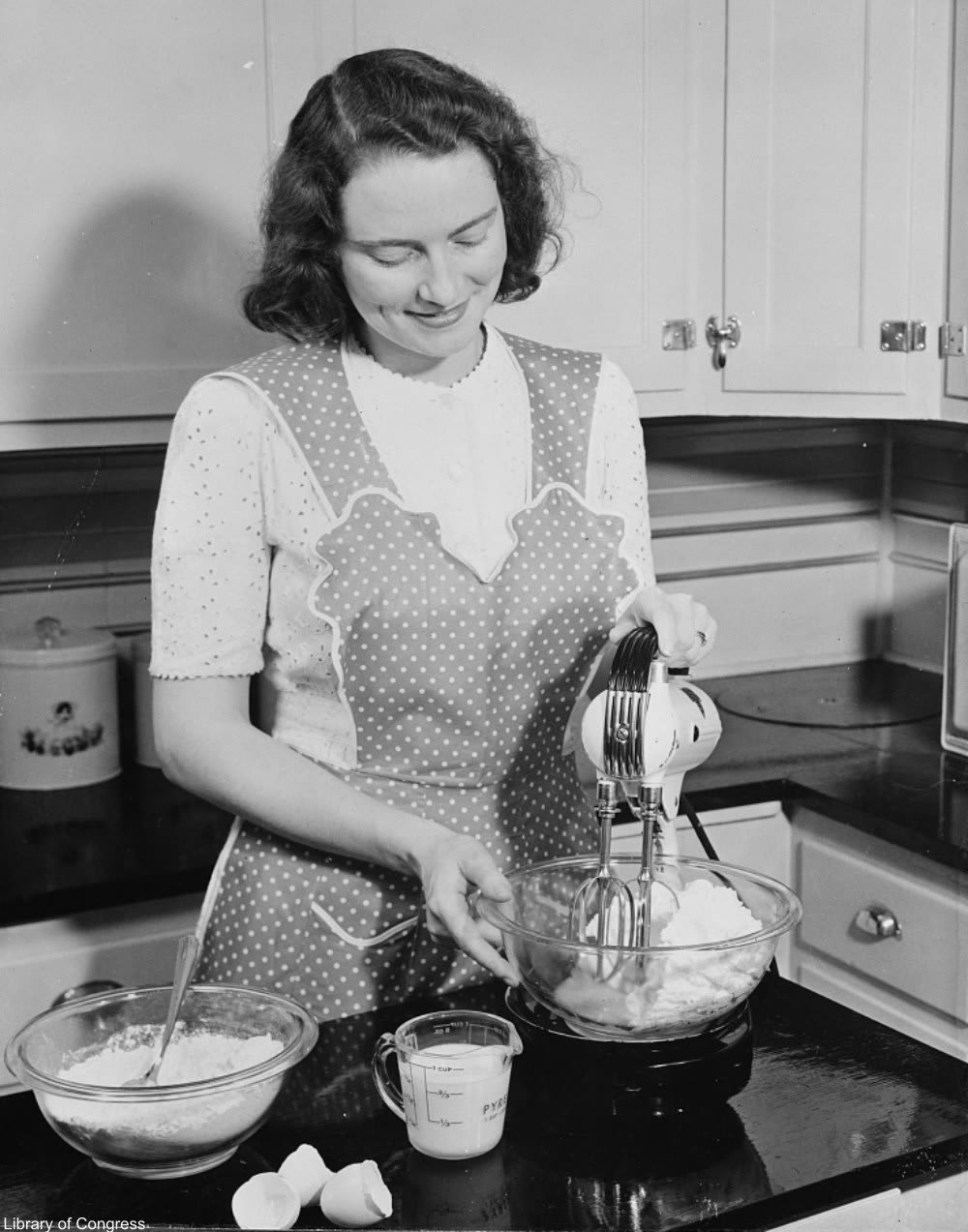 Canning, pickling, baking, and cooking all added up to a significant amount of a wife’s work. It was unlikely that many of her meals would have been eaten out (or any at all), and for the most part she would plan, buy, and prepare all the food her family would eat in a week.

Even in her off hours, a housewife of yore would have been embroidering or knitting in the evenings or cleaning on Saturday. There would not have been very many “lazy days” sat in front of the TV and there would be no real rest even on Sunday, as this would often be a day of feasting after church. 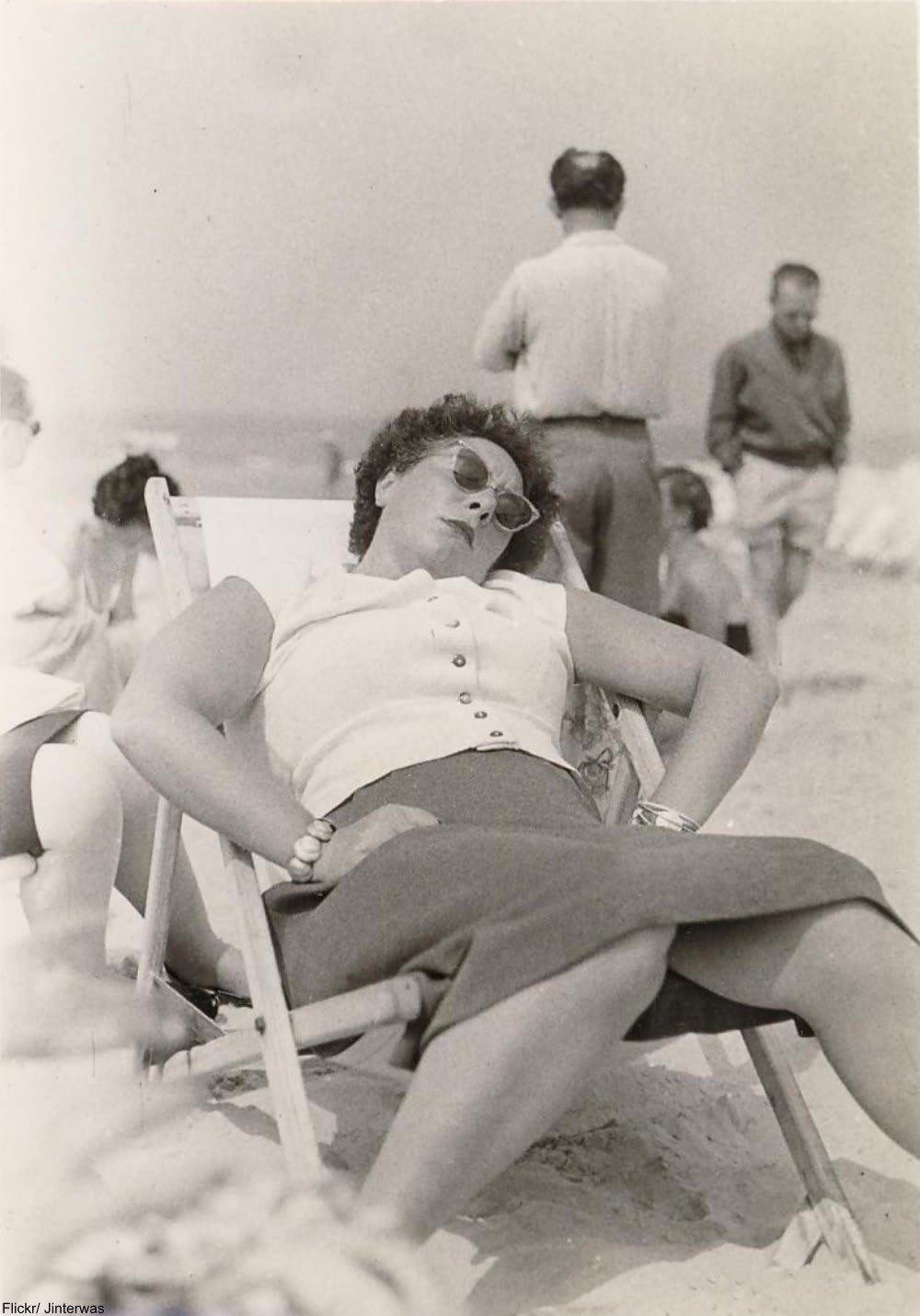 The Proof Is In the Pudding

Using a fitness monitor band, one modern wife and mother did everything the old fashioned way for a day: she made all the meals from scratch, did the washing by hand, walked the kids to school, and even made her husband’s sit-down lunch. She expected to burn about 1,000 more calories for the day. But, doing things the old-fashioned way, with nearly no time for sitting down or browsing online, she burned about 1,318 calories! 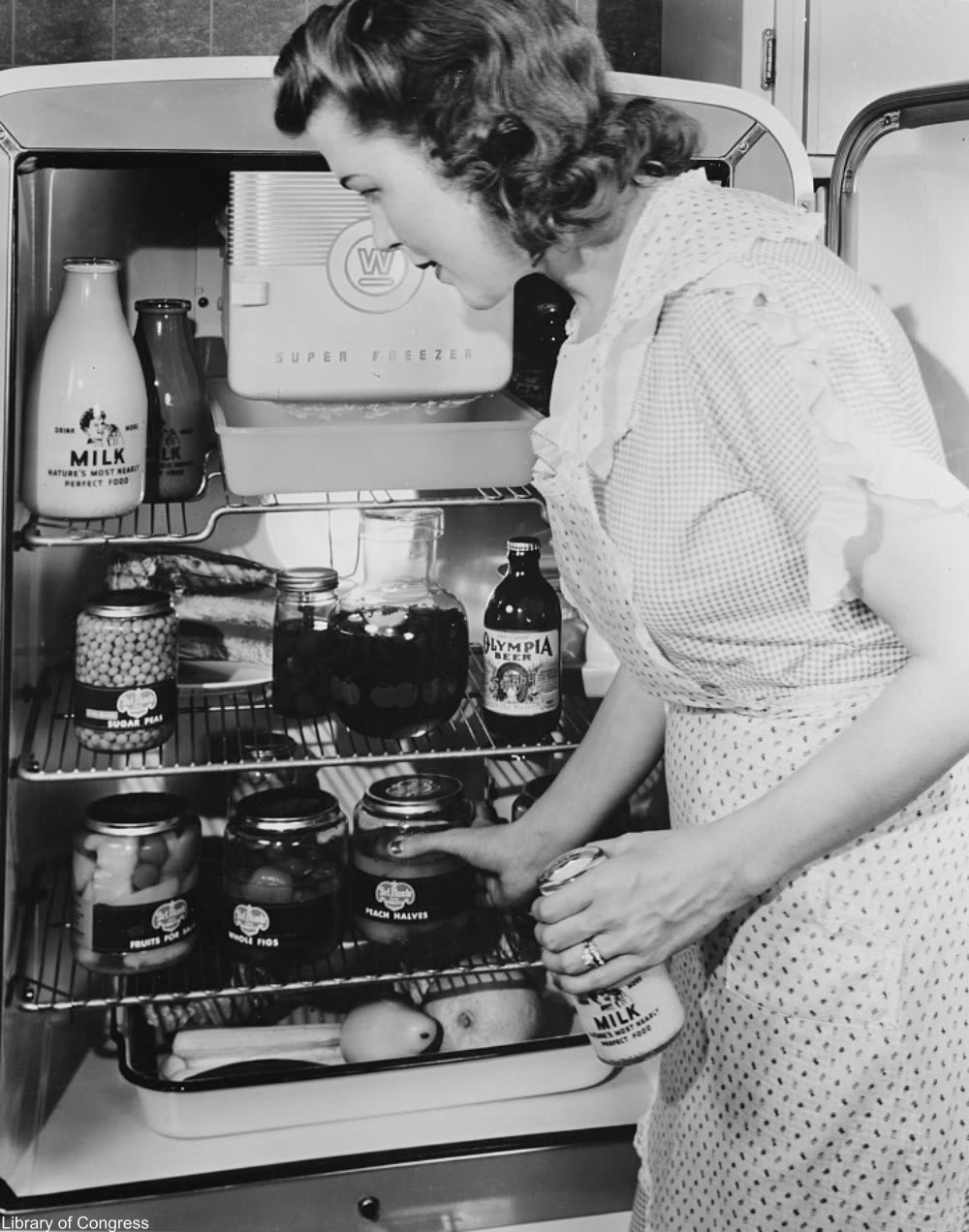 This explains why meals in the 1950s could be so rich – using butter, cream, sugar, or lard – and women still had tiny waists. Their overall calorie expenditure was huge compared to what we burn today. While we walk less, have better machines and more cars, and spend less time on housework today, our tastes in food haven’t gotten as healthy to make up for it. A piece of chocolate cake in 1955 for a housewife might have been badly needed calories, but today: it’s just adding to our waistlines.