Baby Yoda is the newest sensation, being introduced to us as ‘The Child’ from the Mandalorian on Disney+. From the moment that the character showed on the screen, it stole our hearts and took over our social media feeds. Fans have been following Baby Yoda since then, waiting to get their hands on some goods. Disney didn’t release official merchandise at first, so the market was filled with stuffed animals from fans. Now the commercial aspect is happening, and a Baby Yoda is being released by Build-a-Bear.

“I’m excited to share we will be one of the first companies to provide the digital and internet phenomenon who is trending higher than all the presidential candidates combined,” Build-A-Bear CEO Sharon Price John said at the ICR Conference in Orlando earlier this week. “We now will have the Child, also known as Baby Yoda.” She even held a Baby Yoda in her hands as she made the announcement. “It’s great, again, to be in business with best-in-class partners,” she said. “We started this process almost with the first episode.”

Price said the collaboration between Disney, Lucasfilms, and Build-a-Bear happened quickly once the character was released.

The size of the Baby Yoda may be slightly larger than what you see in the series. A picture was taken at the conference, showing that it is a perfect replica of the character, so it should be a popular item immediately. Forbes states that Baby Yoda will be released within a few months. Other Baby Yoda merchandise will be released soon. You can already start pre-ordering. 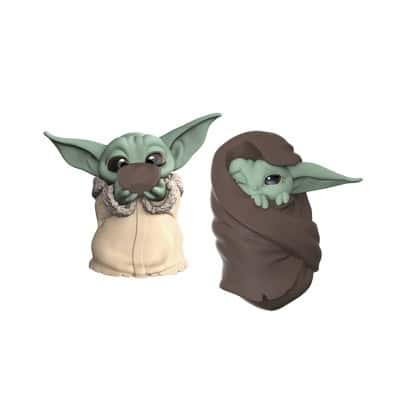 The Funko Pop! version of Baby Yoda will be on Amazon in May and it is already popular. Target and Walmart are following with their own figures of the character. They start at a price of $9.99 and different versions with accessories will be available. Some show the child sipping soup or wrapped up in a blanket. There is also one where the baby is eating a frog. You can expect to pay $15-$25 for these items or you can purchase other characters from the show. 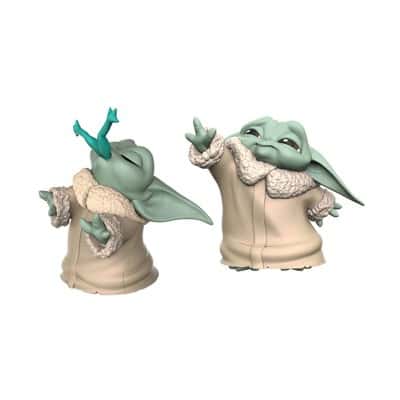 It’s easy to see how much people love Baby Yoda. There are even well over 60,000 people that are petitioning for Baby Yoda emojis. “I think Baby Yoda should be an emoji. He stole our hearts and now I want him to steal our keyboard space,” the description on the page said. “Join me into this movement and let your voices be heard. WE WANT BABY YODA EMOJI!!!” You can sign the petition, here.