A very worked up bride-to-be has gone on Reddit to vent her frustrations after her fiancé “saved up” in order to buy her a “tiny” engagement ring.

In her post on the website, the woman told readers how she and her boyfriend had been together for 8 years and had been “talking about getting married for almost three years” before he proposed. 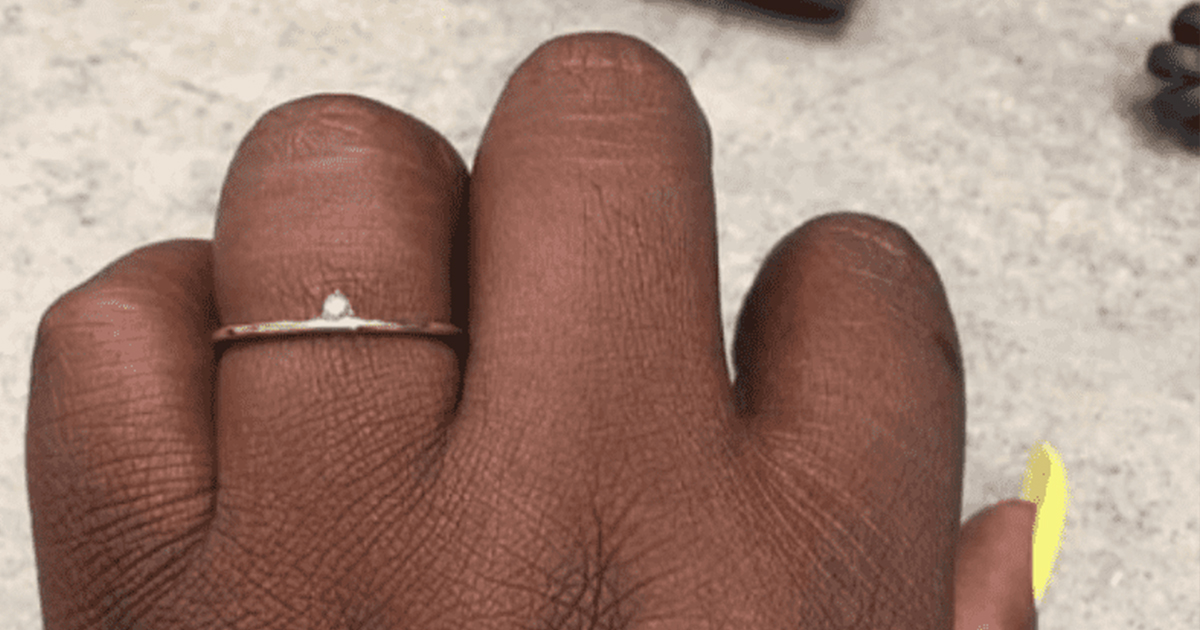 However, she was not impressed by the ring which she deemed as “tiny.”

In her post, she wrote, “We been together for eight years and talking about getting married for almost three. This is the ring he said he saved up to buy me. Am I being shady or materialistic if I tell this mf ion want this little a** ring [sic]?”

Along with her post, she included a picture of the ring, which was a thin gold band and the small diamond was set just above the base.

After the woman posted the picture, a woman thought to be from the UK decided to call out the Reddit OP and asked whether she was “justified” in her disappointment. From there, the reactions were very divided. 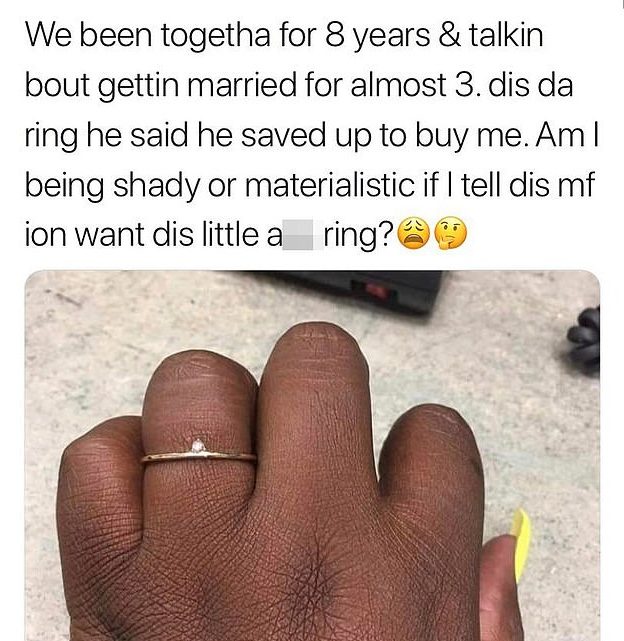 Some Reddit users sided with the OP and joked that it was a “diamond for ants”, with one person saying, “I think I’d be more insulted to be given this ring than no ring at all.” Another posted, “Like, just skip the ring altogether if you can’t afford it. That’s just embarrassing”.

Another person brought up a good point saying, “That is the saddest ring I’ve ever seen. I’m not a materialistic person, but it just doesn’t even look good. She should talk to him if she’s unhappy with it?”

There were some users that liked the engagement ring a lot, calling it “dainty.”

Someone wrote, “It’s very dainty. I love dainty jewelry. But good lord that looks like if she makes a fist it’s going to snap!” Someone else agreed with this comment, saying, “I kind of like her ring. It’s very modern and sleek looking. I’d wear that in a heartbeat”.