Old Pictures Show How Different Bridal Showers Used To Be

There was a time when bridal showers were conservative affairs and the bride was given useful gifts that she would employ everyday as a housewife. The shower was usually thrown by her mother or her friends and the gifts were not extravagant and often had nothing to do with a registry. These intimate affairs celebrated the bride and were a chance for her friends to make her feel special. 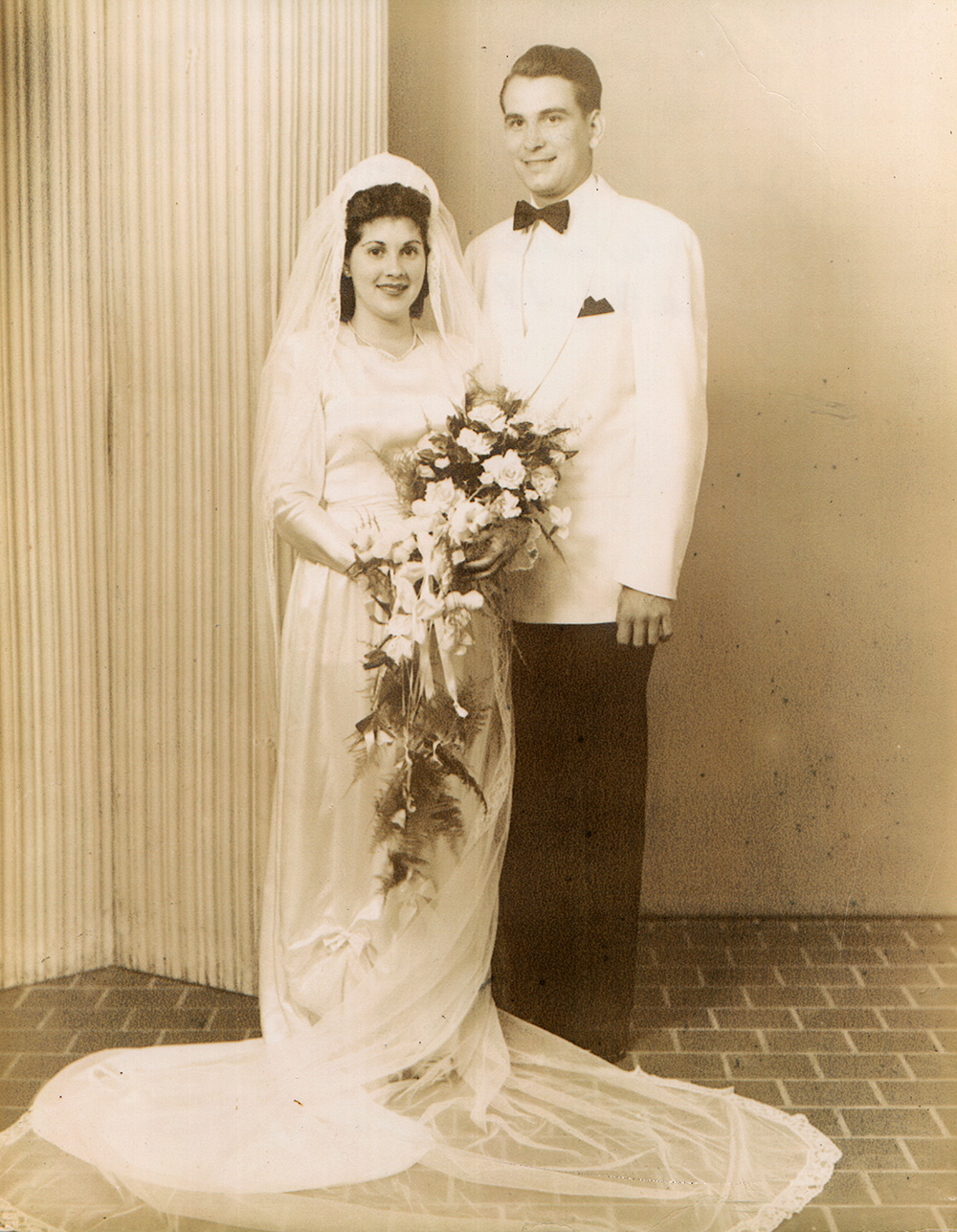 As far back as the 1800s ladies’ magazines gave suggestions for different types of gifts to bring to a bridal shower. In the example below from 1883 a selection of handmade gifts are shown, including a pompadour bag, baskets, and pillows. 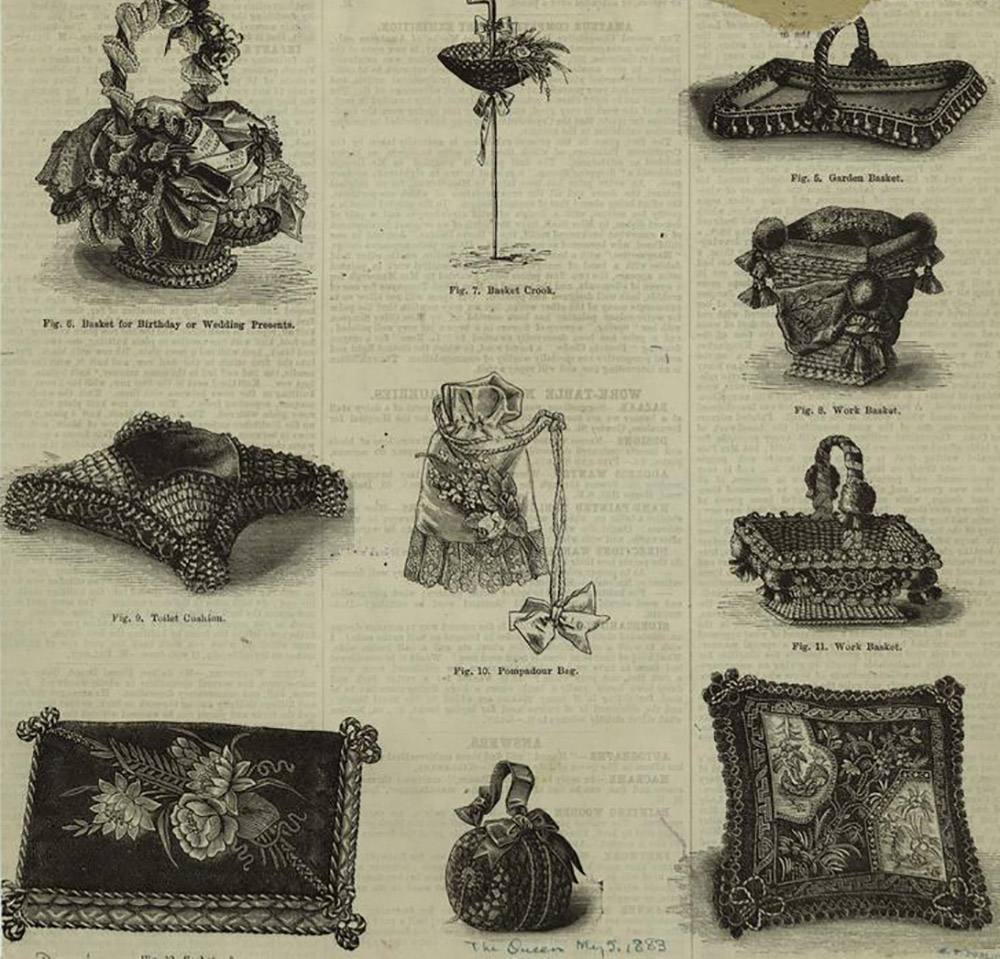 The main objective at bridal showers in the Old Days was to spend time with the bride-to-be. Expensive gifts were not usually on the menu, though tea usually was. It didn’t occur to most women to ask for expensive gifts back then. 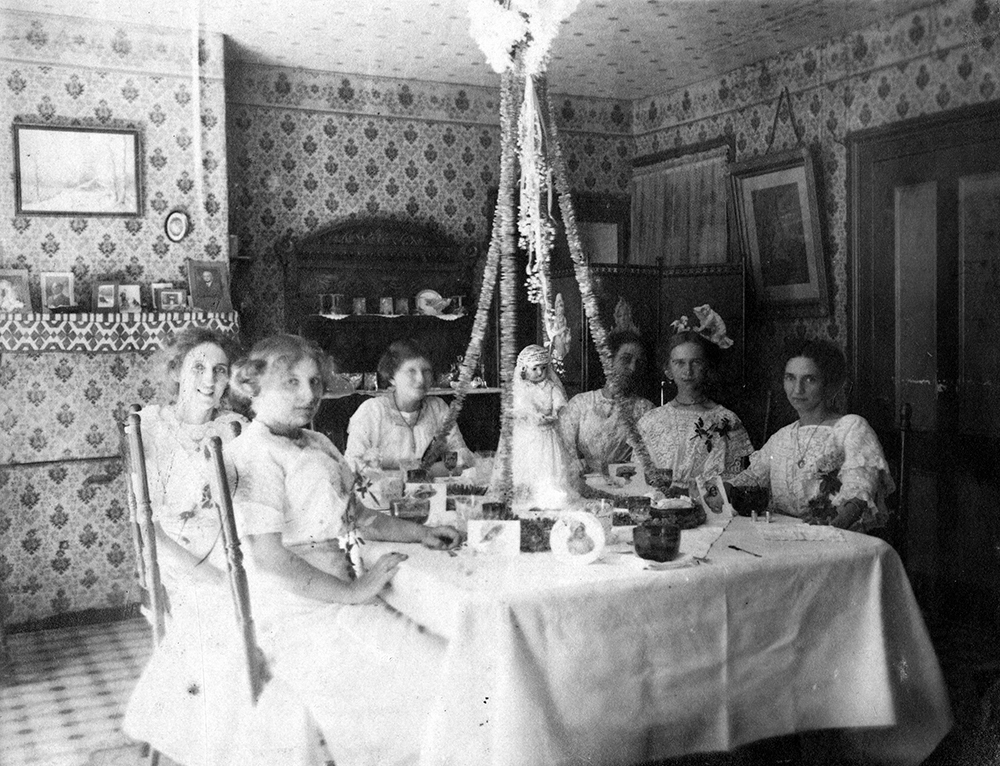 In the 1920s wedding registries were invented, and became popular among certain groups. However, couples people never registered at all. Instead they often trusted that their female friends and family would know exactly what to get them for their new home. 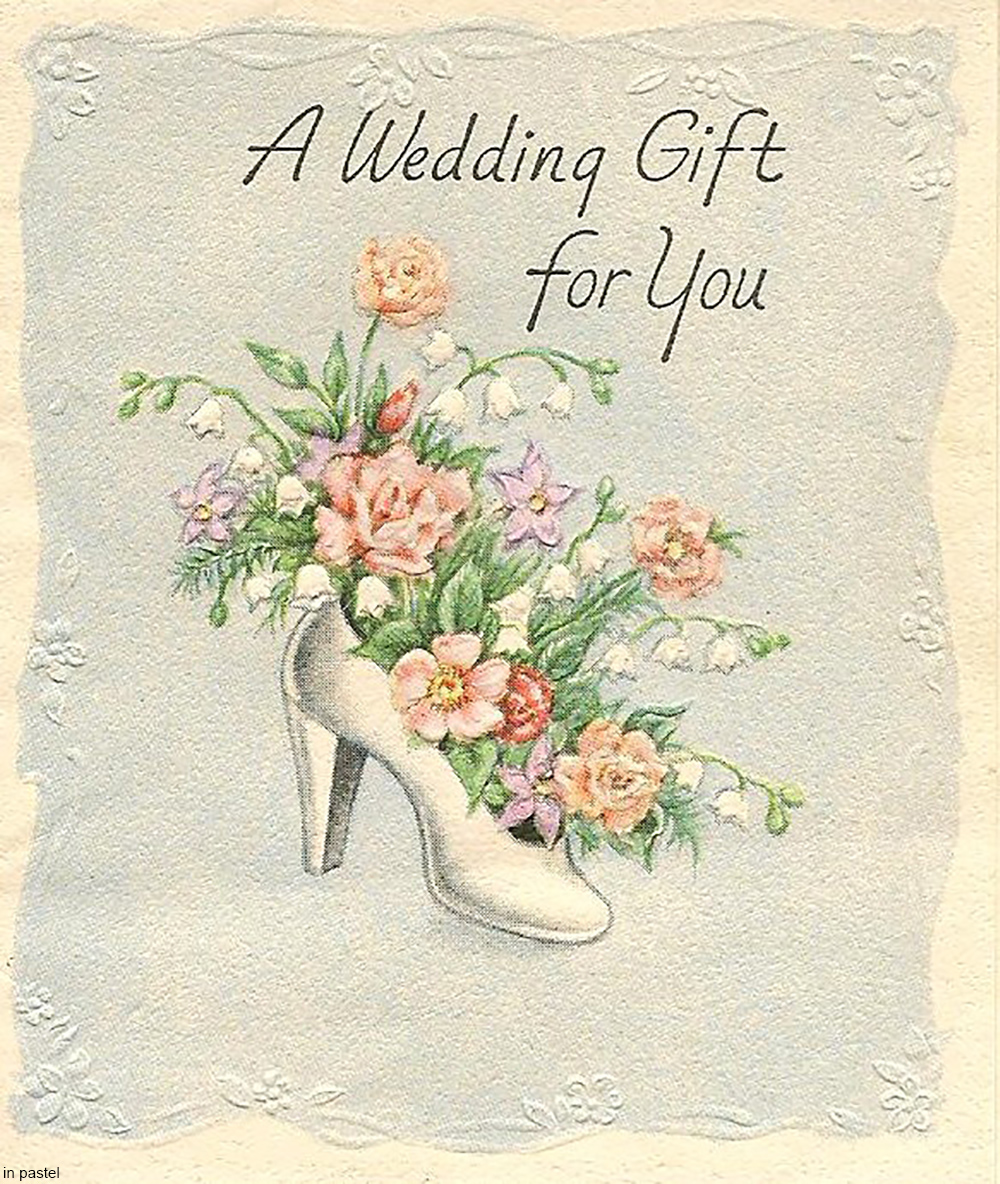 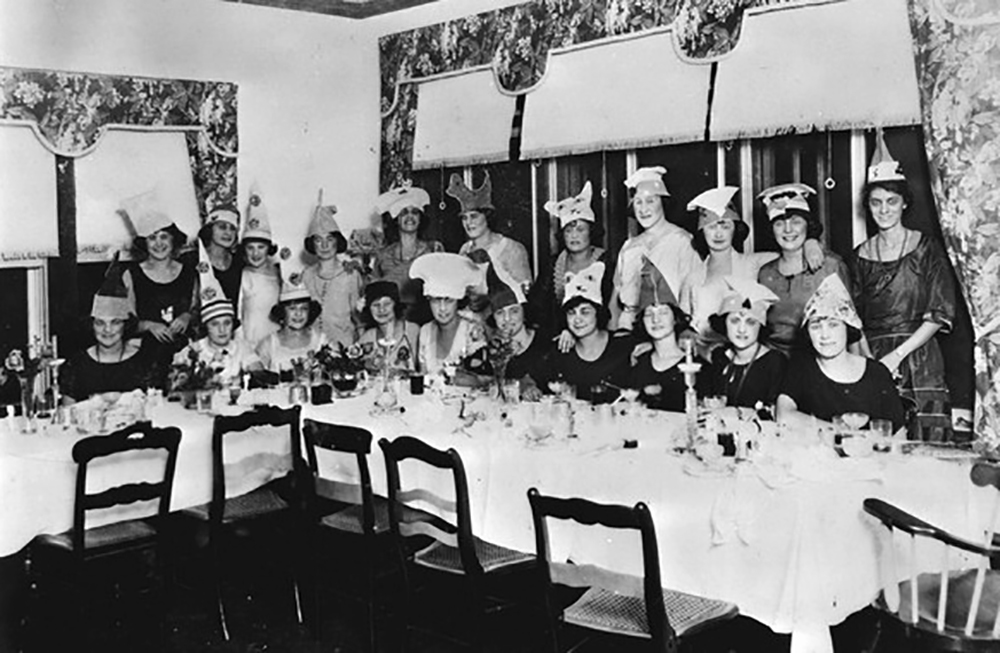 Wedding gifts were still given at the ceremony by some, but at least some of the equipment that the new wife would use everyday often came from her friends at the bridal shower. There were many aspects about running the household and cooking that most husbands never learned and so gifts given to the bride (instead of bride and groom like at the wedding) were not considered rude at all. 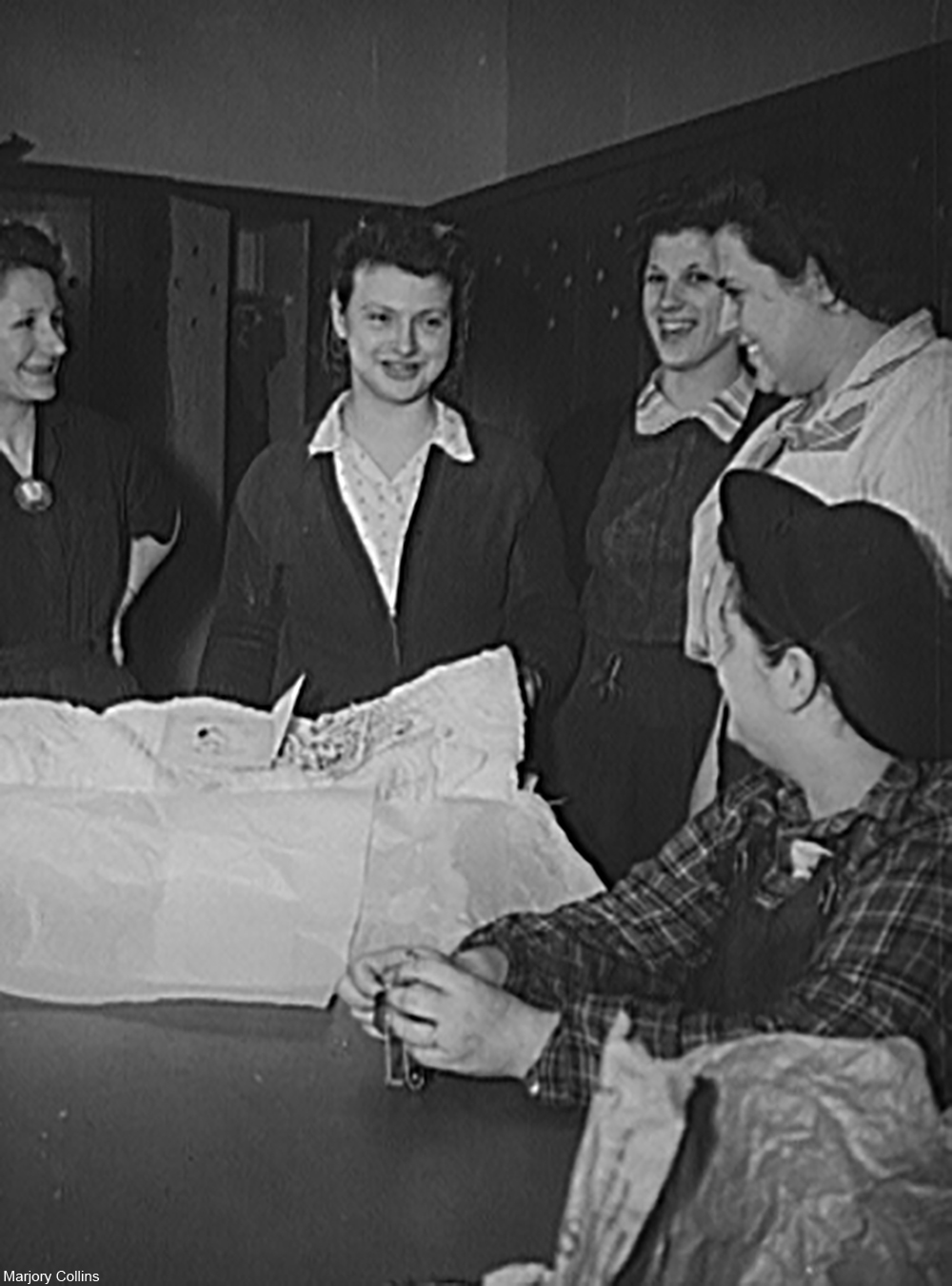 At this 1943 bridal shower a war worker’s friends at the plant got her a single gift and presented it to her for her upcoming wedding. Via/ Library of Congress 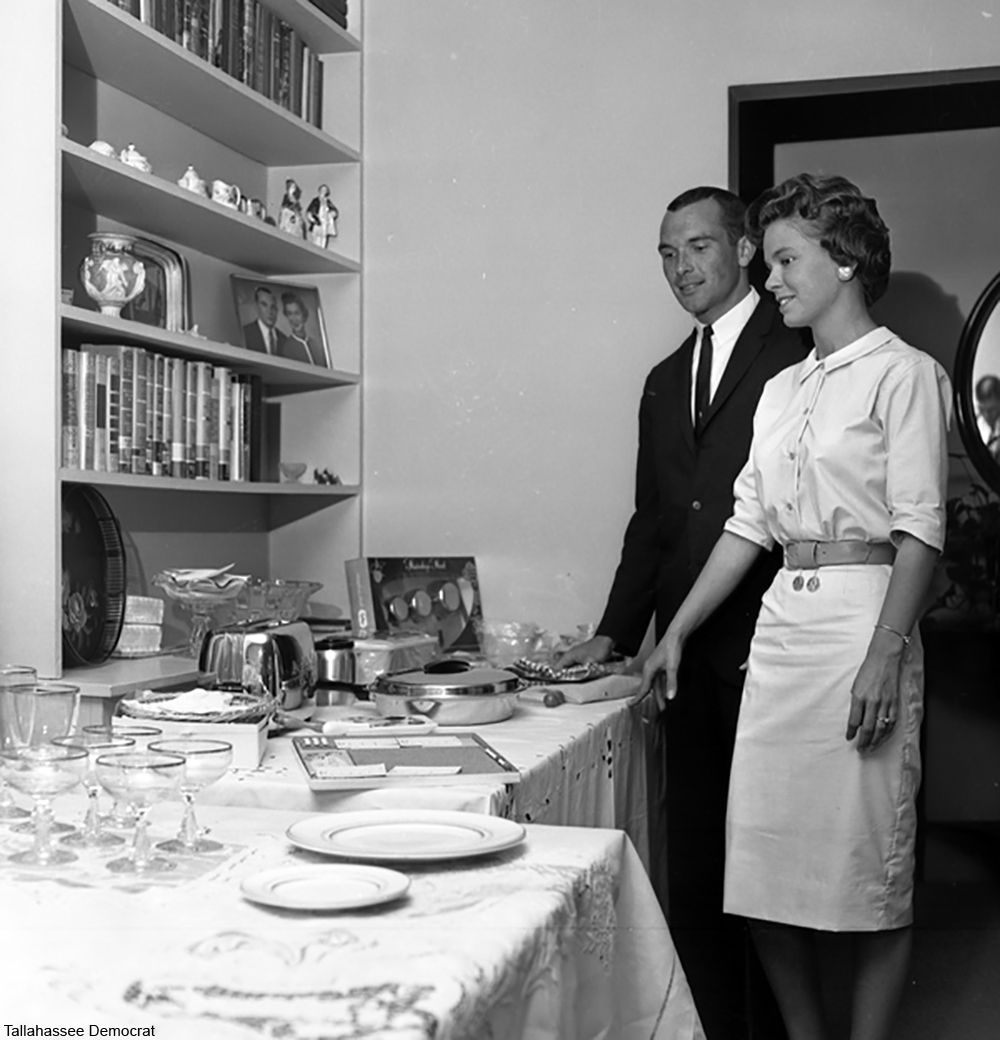 Bridal shower activities were also much more quaint back then. There were no crude jokes, but there were some bridal party games like Bridal Bingo shown below. Looks like fun!

Vintage Bride Bingo game . Box has sticker damage. I haven’t counted the pieces but some/All cards, markers and call tiles are included . Swipe for details. • $6 plus ship • To claim an item, just comment “me”, “mine”, “gimme” or whatever you like! When you are done shopping, please DM your email and zip code for an invoice. During big sales it is helpful if you also send a screen shot of the item(s) but not required. Payment due in 24 hours unless prior arrangements are made . Thanks for looking and happy shopping. • #isnmemberitem #vintage #vintageforsale #estatesale #estatesalefinds #shopsmall #instashop #womenownedbusiness #instasale #ilovevintage #instaseller #instashopping #iloveoldstuff #instavintage #vintagelove #vintagelover #vintagestore #vintageshop #vintageboardgames #vintagebridalshower

Have a look at what a modest bridal shower might have looked like back in 1946 in the video below.