The Bradford Watermelon Has A Deadly History

We don’t really give watermelon much thought these days. It’s a great part of a fruit salad and we might enjoy a refreshing slice when the weather is hot outside. It may come as a surprise to you that people once risked their lives to get a strain of watermelon that was beyond delicious.

The history of the Bradford watermelon may go back as far as the American Revolutionary War. John Franklin Lawson was a military officer captured in 1783 by the British Army and sent to the West Indies by boat. He was on the prison ship and received a slice of watermelon from the Scottish captain. He loved the taste of the fruit so much that he held onto the seeds until he got back to Georgia so he could plant them.

At first, the strain of watermelon was known as the Lawson but in 1840, the watermelon was crossbred with the Mountain Sweet variety by Nathaniel Napoleon Bradford of Sumter County, South Carolina. This signaled the birth of the Bradford watermelon which would gain favor as one of the most popular watermelons in the south by the 1860s. 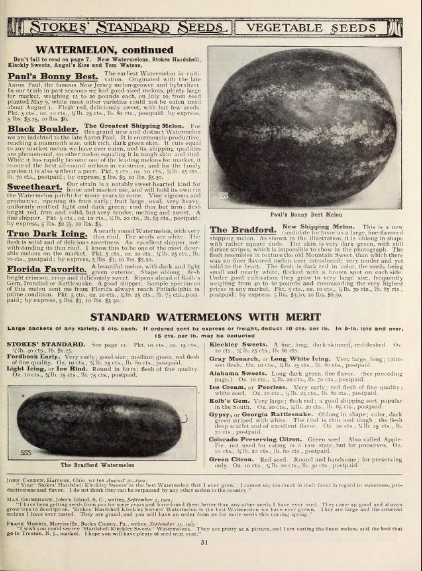 The Bradford was prized because of its fragrant, sweet and soft flesh. You could pierce the rind with a butter knife and the sugary juice could be boiled to make molasses or even distilled into Brandy. Most watermelons fall close to a 10 on the brix rating, which measures sugar, but the Bradford came in at a sweet 12.5.

Farmers who grew these watermelons actually took precautions to ensure they were protected in the field. They would camp out with guns in the watermelon patch to scare away anyone who might come to steal some of the melons. They might also poison a few of the watermelons and post signs to ‘pick at their own risk’. This may have worked but sometimes, the farmers would get confused and accidentally feed their family a poisoned fruit.

By the time the late 19th century came around, farmers were using the newly available electricity to wire melons and keep the thieves away. If anyone were to try to steal one of those melons, they would get a shock for their efforts. Dr. David Shields of the University of South Carolina said that, aside from horse thieves and cattle rustlers, more people lost their lives in watermelon patches in the United States agricultural landscape. 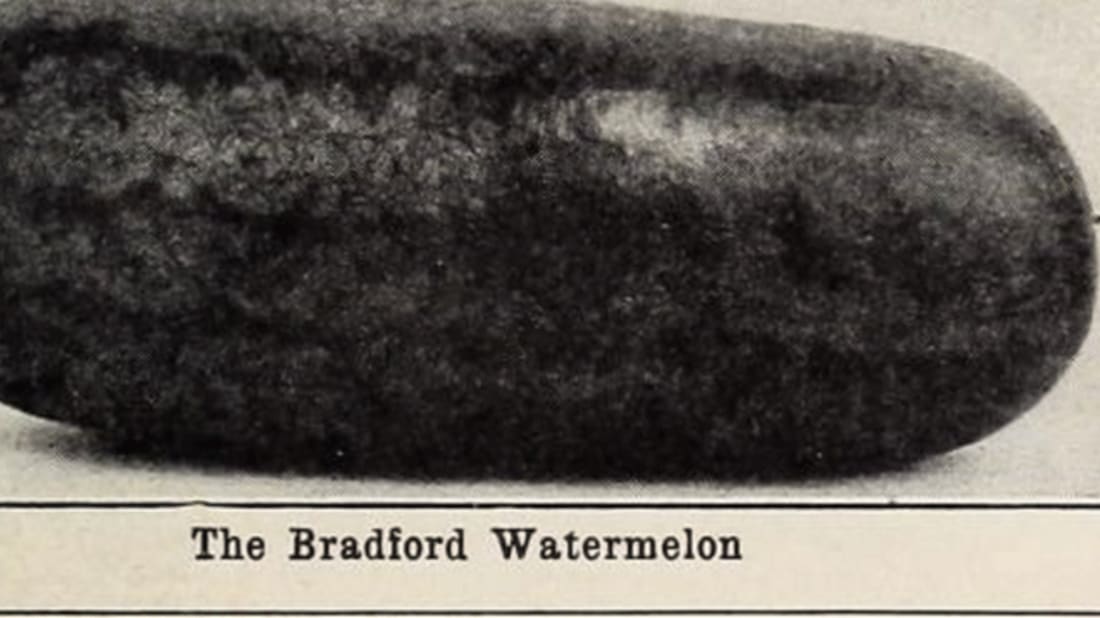 People loved the Bradford watermelon but eventually, they started to lose favor. The oblong shape and soft exterior made them difficult to send long distances. The final commercial crop was planted in 1922 and it would’ve disappeared altogether if the Bradford family had not continued to grow them in their backyard and save the seeds.

It now looks as if the Bradford watermelon is going to make a comeback. Nat Bradford learned about his sixth great-grandfather’s legacy and decided to expand on the little watermelon field his family had been cultivating for more than 100 years. 465 Bradfords were grown in 2013 and they were aiming for 1000 last summer. Pickled rines and molasses were made from the melons and are still on sale on their website but the seeds have sold out. If you are willing to be patient or if you can get a little creative, you may just be able to grow some for yourself.