The lives of enslaved people are often hard to trace and this holds true even for those who were freed. Records we think of today as basic (birth, death, and marriage) were not only spottier in the 19th century, but they were especially so for black people – free or enslaved.

During the Civil War Mary Bowser, a former slave, went on the become one of the Union’s most valuable spies, at the behest of her former slave master’s daughter. While many details of her life are to this day unknown, what we do know is that Bowser assumed dangerous roles during the Civil War, and she used a false name to do so: Ellen Bond, though to the best of our knowledge the English spy series is of no relation. 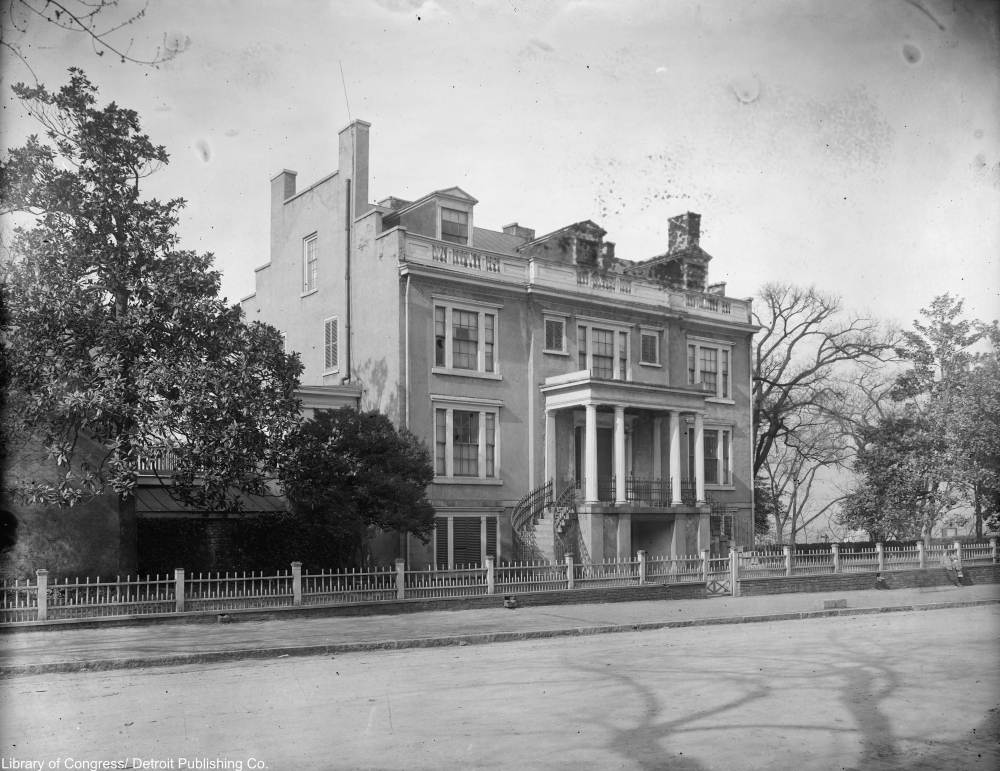 The Van Lew mansion where Bowser was enslaved, and later was servant and spy. A school now stands in its place. Via/ Library of Congress

Mary Elizabeth Bowser was born into slavery around 1840 and was baptized in 1846 in Richmond, Virginia, oddly enough in a church usually reserved for whites. When her enslaver, John Van Lew died, his wife, Eliza, and daughter, Elizabeth, did something extraordinary: they freed the slaves on the plantation and bought and freed their family members as well.

Many of the former slaves were offered paying jobs at the plantation and most accepted because the Fugitive Slave Acts made it difficult for black people to move around freely without the risk of being kidnapped, not to mention that paying jobs for blacks in the South were not exactly easy to find. 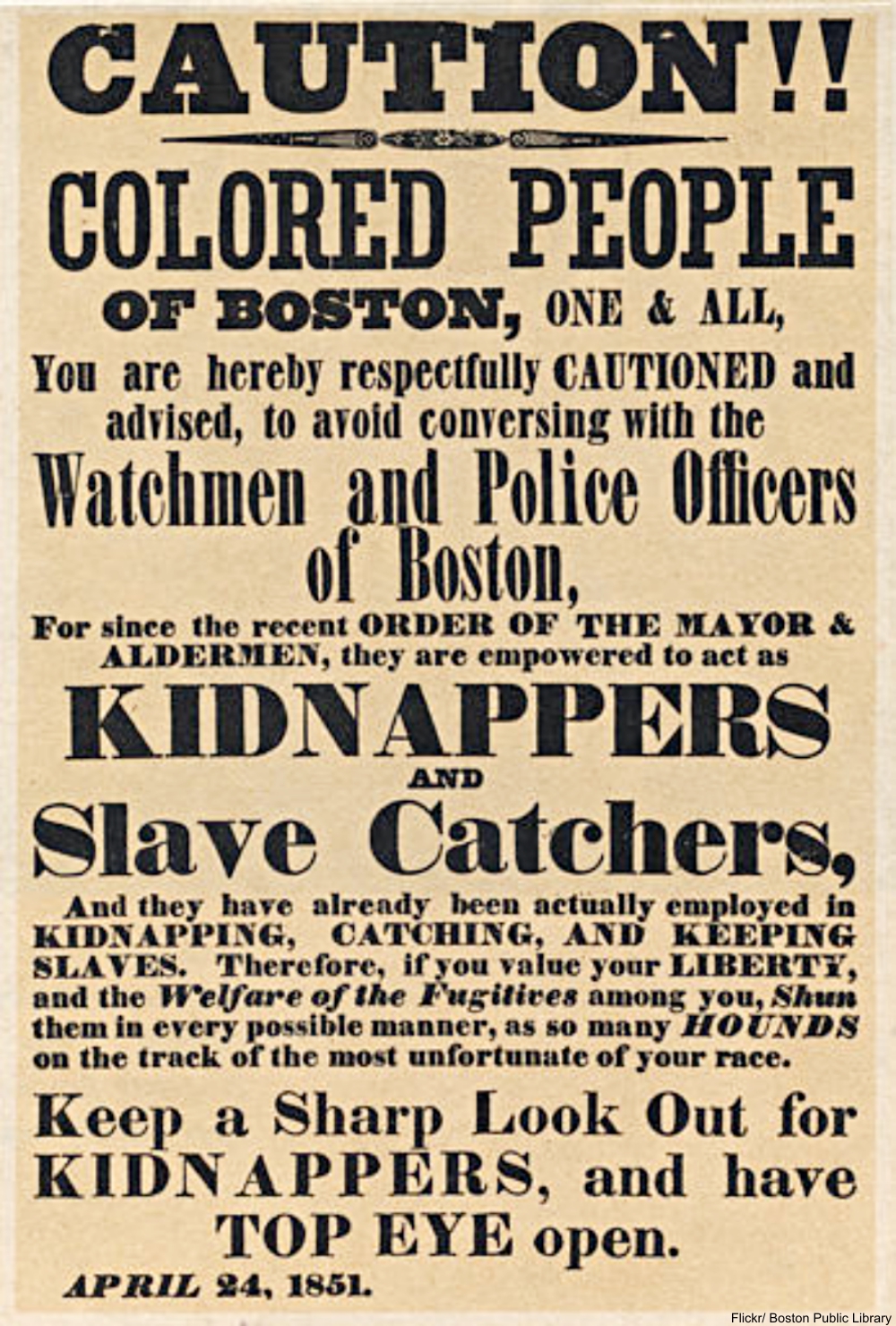 Slave Fugitive Laws meant that free blacks or former slaves could easily be kidnapped and sold into slavery while “slave catchers” retained the monetary profits of such kidnappings. Via/ Wiki Commons

Elizabeth Van Lew sent Mary to the Quaker School for Negroes in Philadelphia, noting her sharp intellect that deserved a decent education. Bowser then sailed to Liberia on a missionary trip and some reports have her imprisoned upon her return because Virginia law at the time forbade any enslaved person from traveling to earn an education or from returning after living in a free state.

However, in 1861, Mary married Wilson Bowser, a free black man. The wedding took place mere days before the start of the Civil War and the couple decided to settle in Richmond. It was soon after the wedding that Elizabeth Van Lew enlisted Mary’s help in her elaborate spy ring. You see, the plantation owner’s daughter was not only an abolitionist, but also a spy wrangler for the Union! 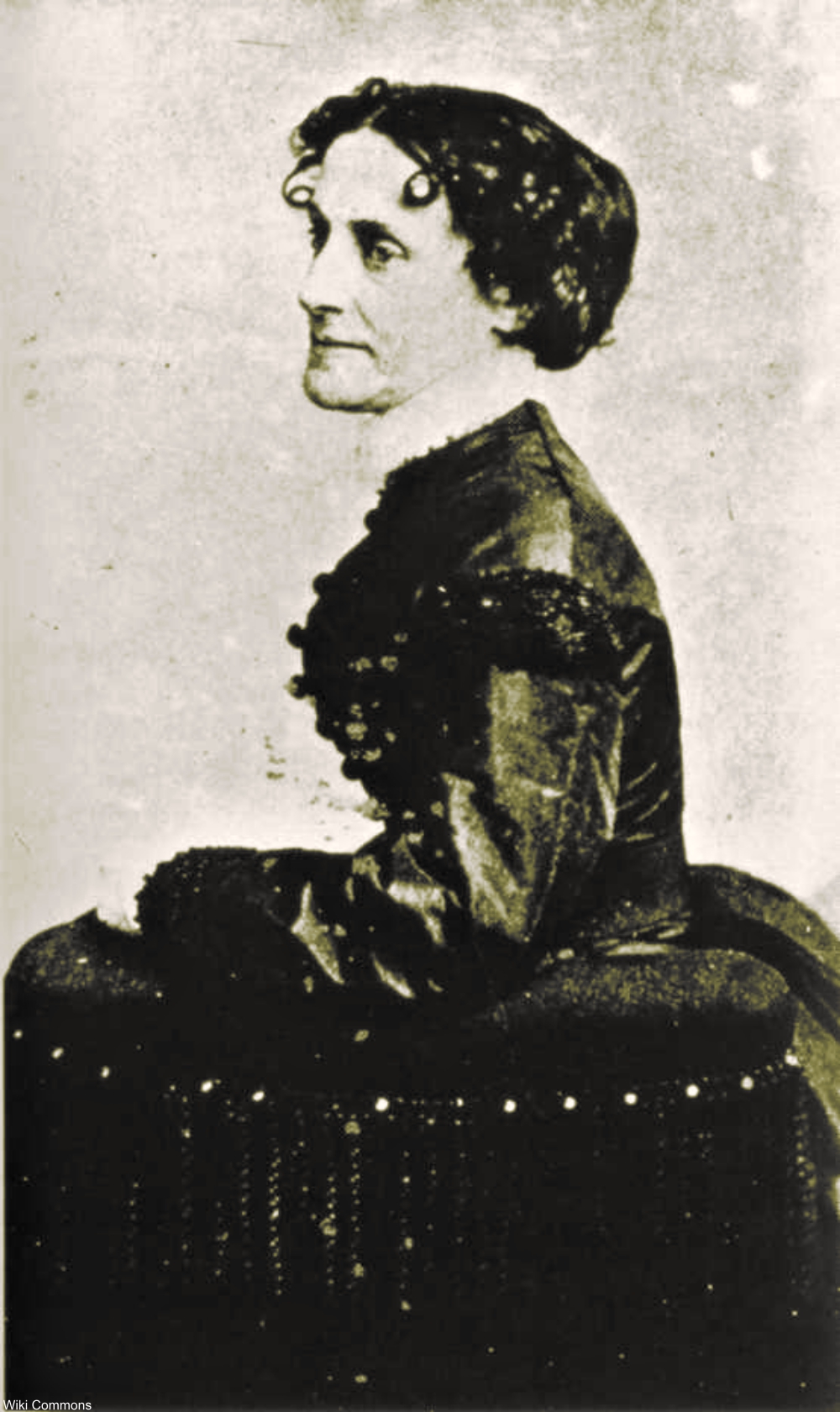 Elizabeth Van Lew was also known as Betty. After her abolitionist antics, she earned the nickname of “Crazy Bet” from her Confederate neighbors. Via/ Wiki Commons

Life in the White House

Mary Bowser assumed the name of Ellen Bond in order to lead her double life as a spy, becoming a servant for the Confederate president, Jefferson Davis. Each day at the Confederate White House, she would go about the cleaning and serving, remaining in the shadows as so many enslaved people were trained to do, all the while looking over the shoulders of top Confederate officials and listening to their conversations.

Because it was illegal for slaves to read, they wrongly assumed that their documents were safe from Bowser’s prying eyes. In fact, she would recount in great detail the day’s documents with stunning accuracy, leading some present-day scholars to wonder if she had a photographic memory. 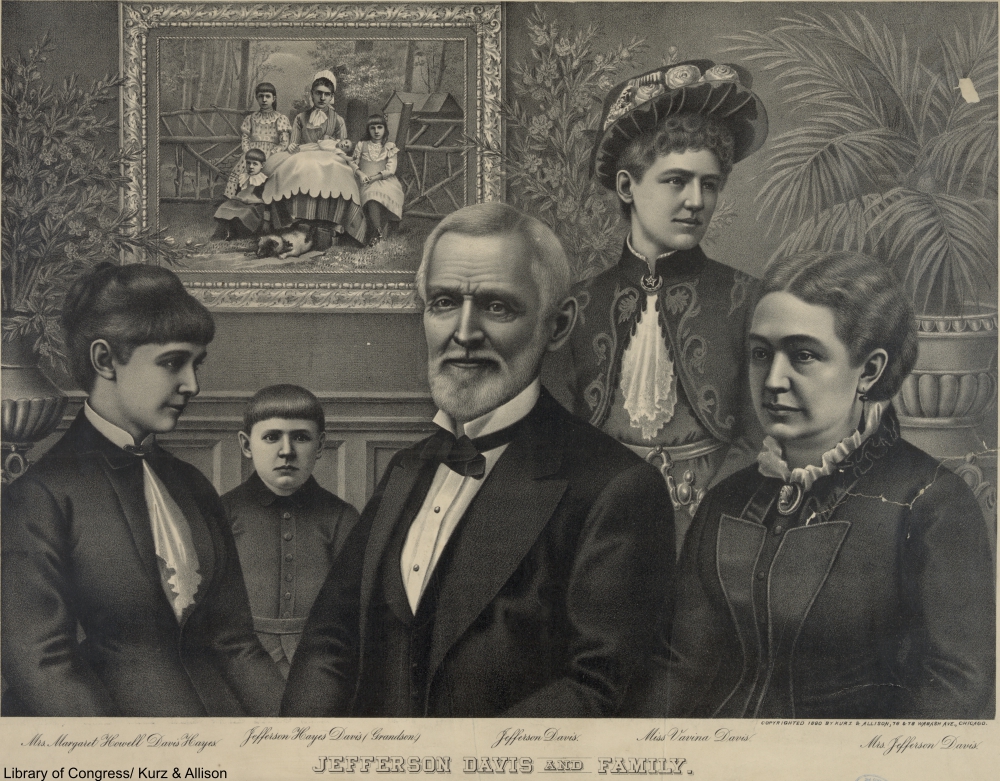 The intelligence gathered by Bowser – about troops, dates, numbers- was devastating to the Confederacy. Davis could not figure who the spy was in his house, though the amount of information being leaked was reportedly maddening to him.

Bowser was not considered suspect by the Davis’ until late in the war. When her actions were called into question Bowser reacted with true grit and in a style not unlike the fictional Bond spy that would come 100 years later: she set fire to the Confederate White House, which unfortunately did not burn down in the end. 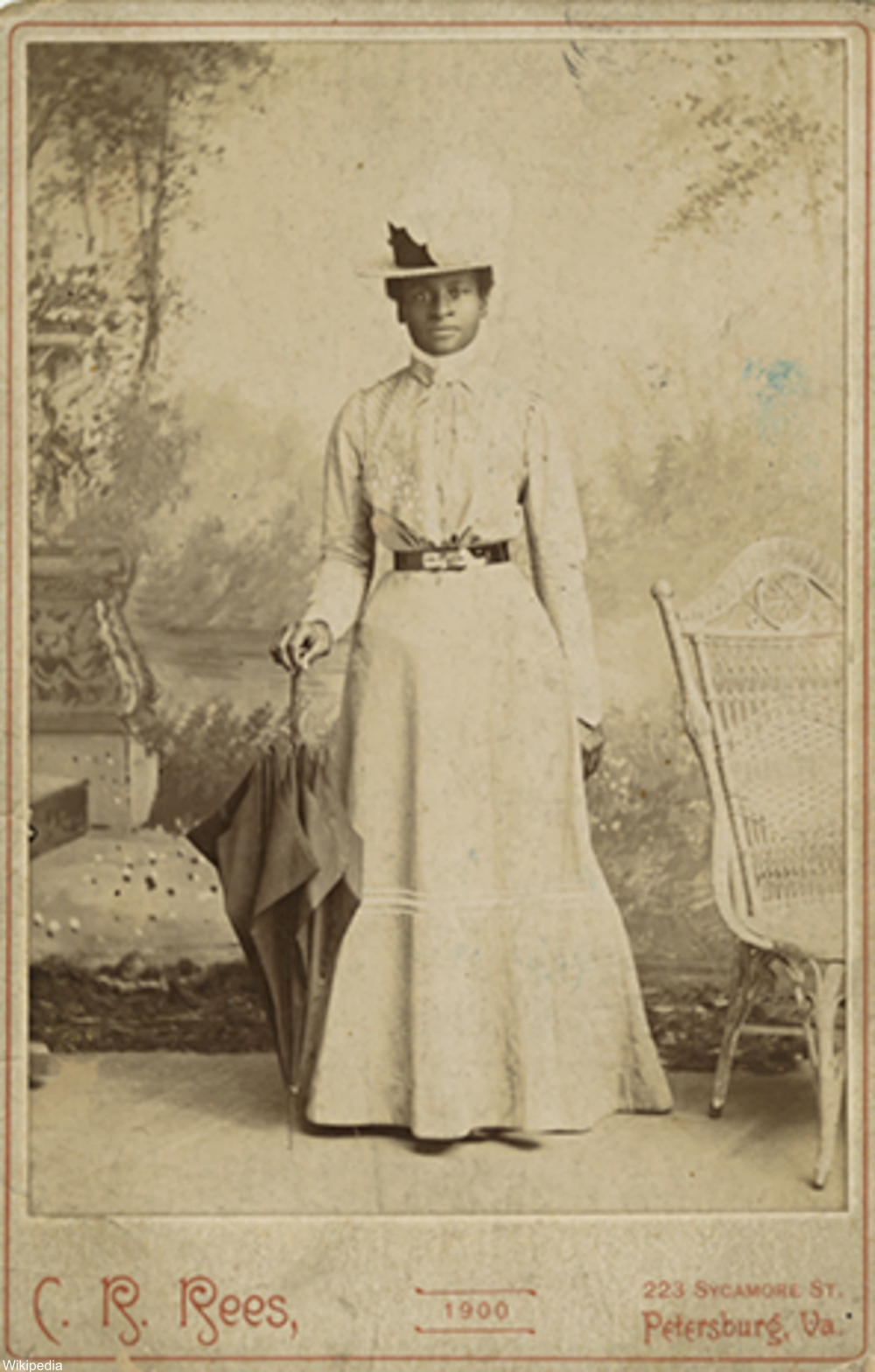 After the Civil War ended, the details of Bowser’s life become even more hazy. The above picture of a Mary Bowser from Virginia has been widely circulated in recent years as the image of the aforementioned spy.

But, if we look closely at her clothes and the style of photography we see that the photo is most likely from about 1900, at which point our Mary Bowser would have been around 60-years-old, which the woman in the photo is clearly not. Even experts on Bowser have been fooled by this photo because there are are so few images of black people from this era.

Bowser’s life after the Civil War is shrouded in mystery. Bowser kept a journal, but sadly it was thrown out in the 1950s by distant relatives. Oh to be able to read that journal today! We may not know the details of the rest of her life or even her death date, but we are in awe of the brave woman who called herself Bond.

Click “Next Page” for a look at the story behind a puzzling 19th century infant mugshot!