Many of us grew up with bologna and cheese sandwiches, for better or for worse. When we think of bologna, we get images of the yellow Oscar Meyer package with the round slices of meat all neatly packed inside. The origins of this cheap lunch meat are actually quite fancy. At one point in time, bologna was considered a treat only fit for the wealthy. Learn more about the fascinating origins of bologna below! 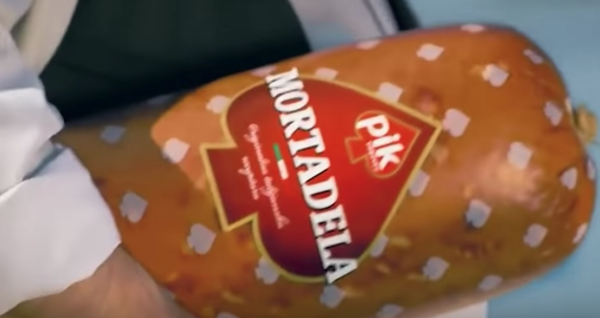 Long before the packaged, processed lunch meat, we have today, there was Mortadela. Mortadela is made from finely ground pork that is cured and cooked at low temperatures before it is packaged. What makes the difference between the two, is that Mortadela has added lard, which gives it that marbled appearance. It also has pistachios and green olives ground in with the meat, with other spices mixed in as well. Because of the costly spices used, Mortadela was very expensive back in the day, which made it a status symbol of the rich and powerful. 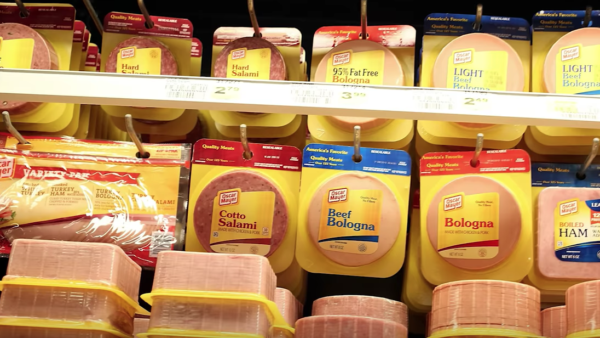 What Is Bologna Made Of? 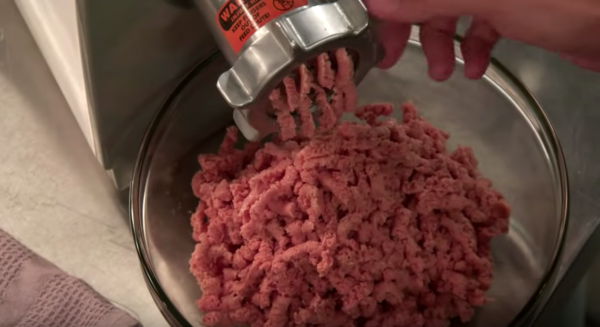 With ham, roast beef, and sliced turkey, it’s easy to know what you’re getting. It’s right there in the name, after all. But when it comes to bologna, it’s hard to tell what exactly is going on with the recipe. That’s partially due to the way the USDA has regulated the process. Namely, they say bologna must be finely ground before packaging. The most well-recognized brand of the lunchtime favorite meat is Oscar Meyer. Their recipe consists of a chicken and pork blend that is mechanically separated and made into a “meat batter.” Basically, it’s not the ingredients you should be dubious of, but the way they are processed. Let’s not think about it too much. Moving on… 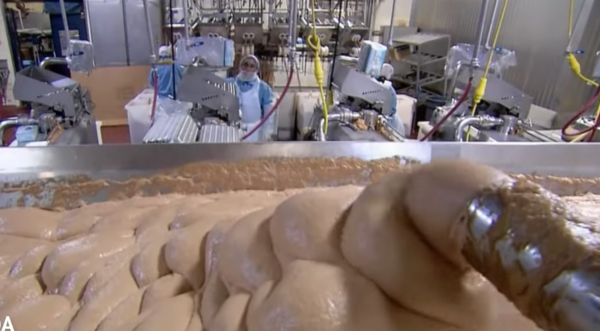 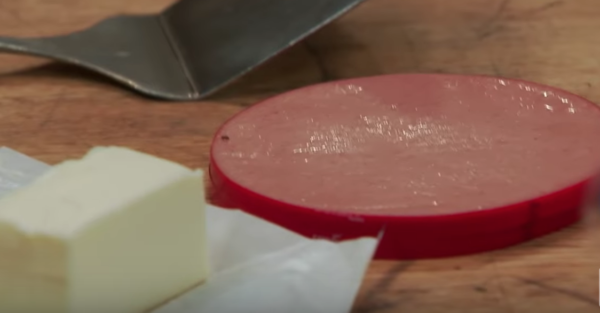 You may have noticed that some brands of bologna come with a red casing. A lot of people are unsure of whether this is edible or not. The short answer is, it depends. Some casings are made from the gastrointestinal tracts of cattle, which is kind of gross, but totally edible. If the casing is bright red, however, it’s likely a synthetic casing, which isn’t edible. 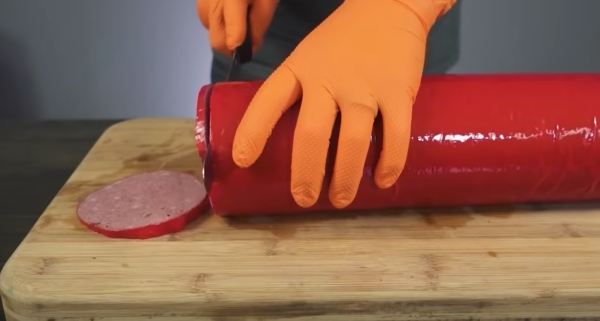 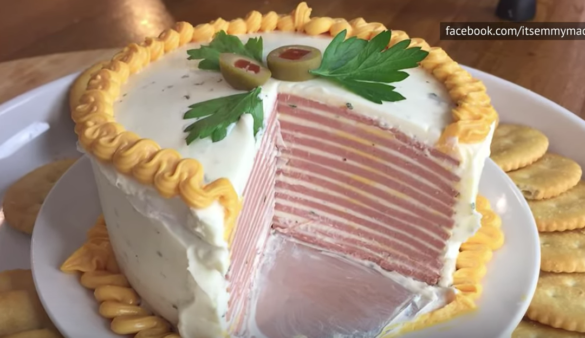 Have you always wanted to eat 18 slices of bologna at once, but worried that it wasn’t socially acceptable? We have some good news for you! Slather a cream cheese ranch mixture in between layers of sliced bologna and top it with cheese whiz, crackers, and green olives for a festive bologna cake. Maybe it’s more palatable if you think of it as a cheeseball instead of a cake. That is, if you need to justify your love of bologna. We’re not ashamed to admit we might try this. 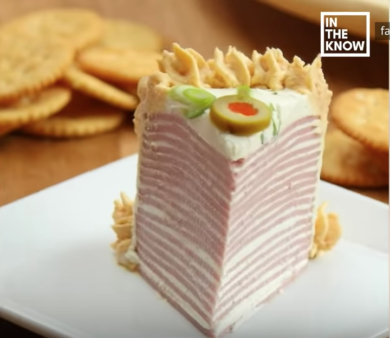 Watch the video below to find out everything you’d ever want to know (and some stuff you probably don’t want to know) about bologna!