Dana Anhalt spent the majority of her childhood growing sicker and by the time she was 37 years old, she could no longer use her hands or walk. There were times when the Huntington, New York artist was down to 70 pounds according to her GoFundMe page.

“I became ravaged by excruciating joint pain,” Anhalt wrote. “My symptom list stretched to four single-spaced pages. I started fading fast as every system of my body broke down.”

Doctors could not figure out her symptoms for many years. She had been diagnosed with Common Variable Immunodeficiency (CVID), Lyme disease, Chronic Inflammatory Response Syndrome and Mast Cell Activation Syndrome. There was something that came up recently that helped them identify what it may have been.

The home where Anhalt lived was infested with black mold. Chemicals in the environment, including the microbial growth, set off the reaction she was experiencing. A number of genetic defects were found in Anhalt that kept her body from recognizing those foreign substances, leading to severe inflammation and pain. 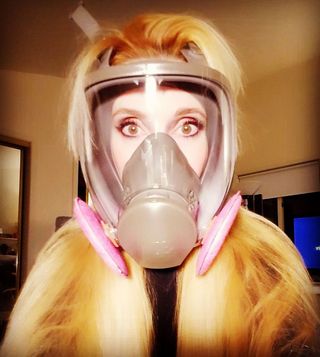 “The genetic testing was difficult to look at but it was also one of the most of vindicating things I’ve ever seen,” she told Caters News. “Suddenly, decades of my experience made sense.”

The Centers for Disease Control reports that mold is a problem in many buildings but most people only suffer allergy symptoms similar to hayfever and are not severely affected by the exposure. When people have certain immunological or respiratory disorders, however, the consequences can be much more serious.

The CDC advises: “For the most part, one should take routine measures to prevent mold growth in the home.” This might include reducing humidity levels, ventilating bathrooms and kitchens and cleaning with mold-killing products. 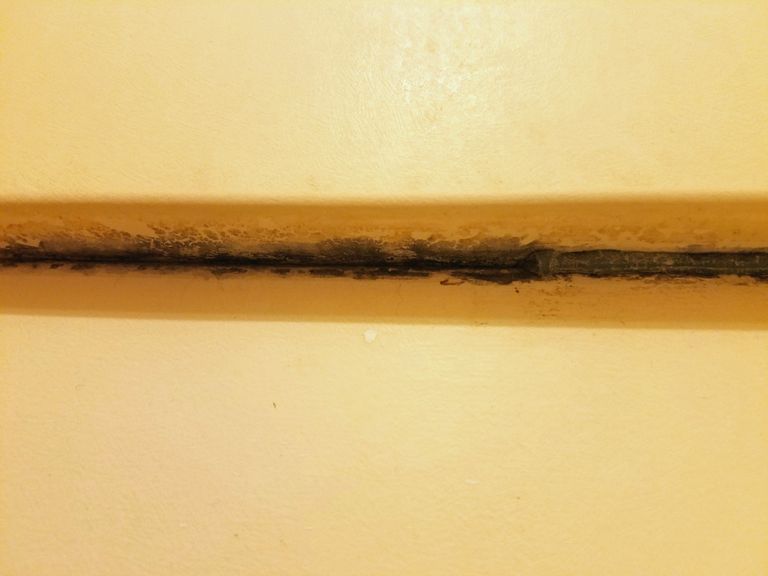 The medical team advised Anhalt to leave most of her possessions behind when she moved. “We rushed to find a new apartment and we had to leave all of our belongings, everything I had collected over the years,” she told Caters. “It was devastating.”

Even though she is suffering through hardships, she is hopeful for the future. She plans on advocating for other people who have complex medical problems. “Of course, it has been tempting to give up at times,” she said. “Not only do I persevere for the sake of my loved ones, but because I feel I truly have something to give back to the community.”