The Story of the Biggest Art Heist in History

On March 18th, 1990, two thieves dressed as police officers rang the bell of the staff entrance at the Isabella Stewart Gardner Museum and told the security guards on duty that they were investigating a disturbance. They were then let into the building. Once there they restrained and blindfolded the 2 guards and put them in the basement. The art thieves then began to ransack the building, taking only the paintings which would bring them the highest amount of cash. It would later come to light that this was actually the largest known art heist in history. 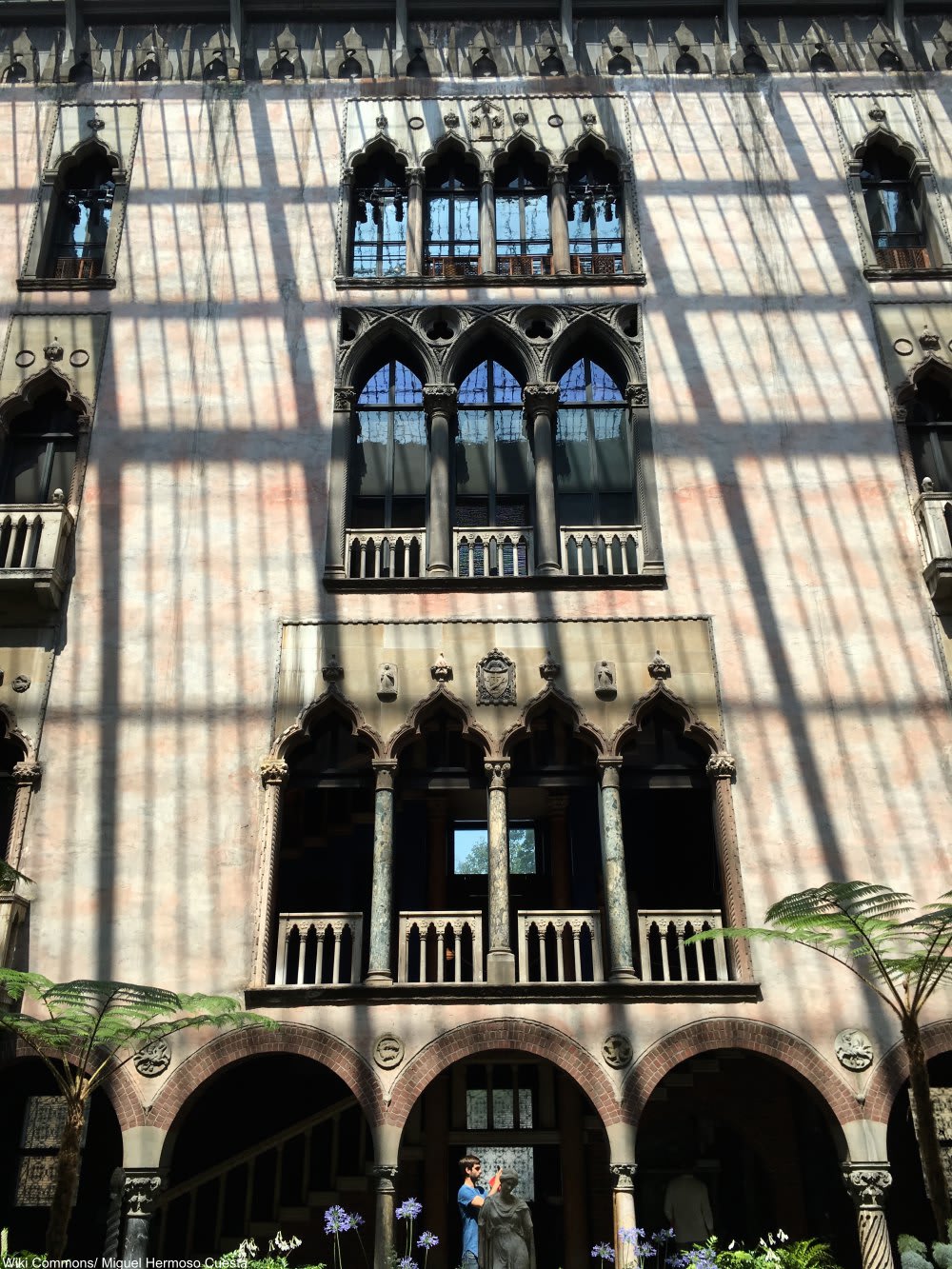 The Artworks in Question

The works that were stolen ranged in age from the 1200 BC to 1888 AD, including 3 works by Rembrandt van Rijn, one from one from Johannes Vermeer, one painting from Édouard Manet, several sketches by Edgar Degas, and a carved Chinese beaker of ancient origin. 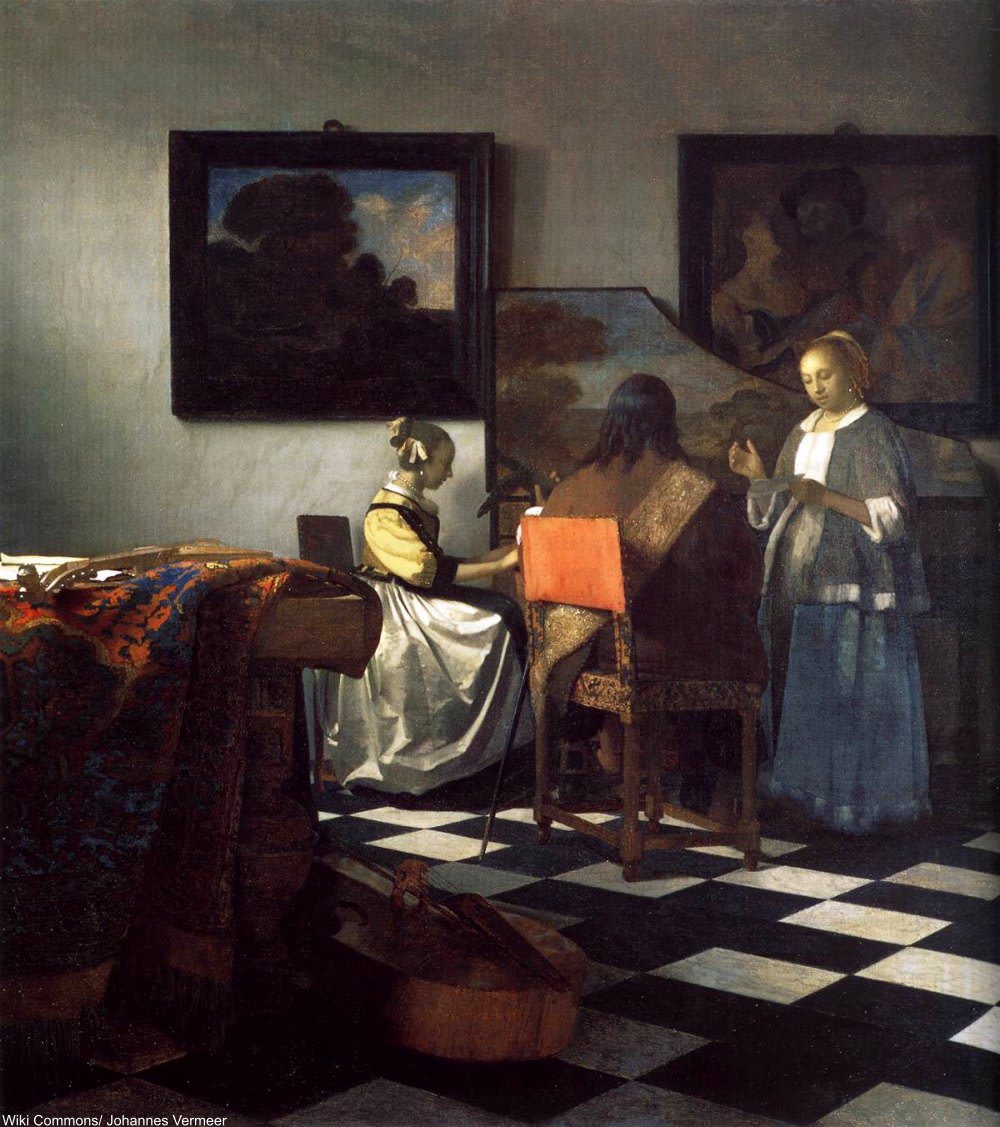 The Concert by Vermeer. Via/ Wiki Commons

For reference, the Mona Lisa (arguably one of the most well-known paintings in the entire world) is worth today bout $100M. And indeed she was stolen, but was recovered 2 years later. However, the 13 works stolen from the Isabella Stewart Gardner Museum are worth quite a bit more than that. The combined reward for these stolen works of art totals $10M, but their value on the art market is another story entirely. 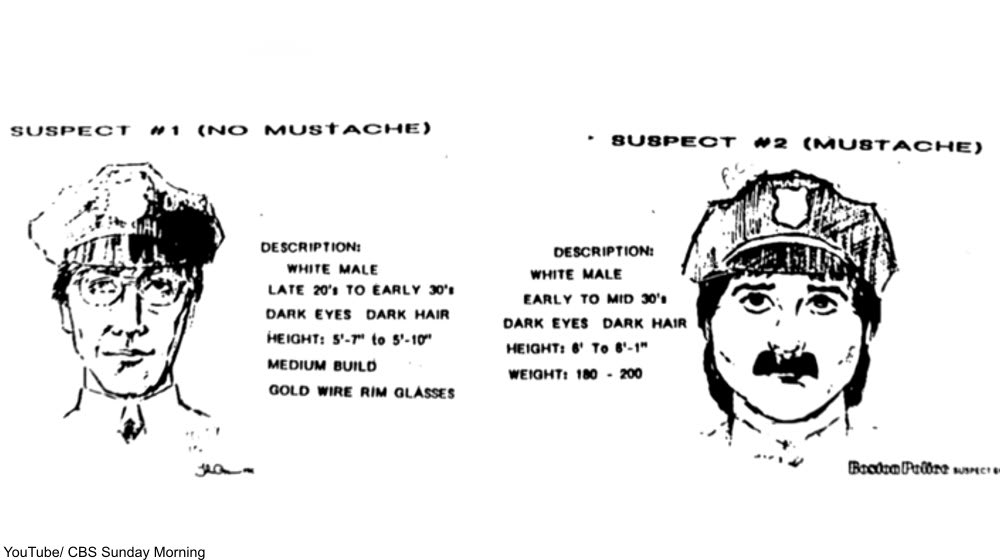 The combined value of the paintings, drawings, and artifacts that were stolen in 1990 is actually an astronomical sum today. The last a Vermeer painting came up for auction was in 2004, when it sold from Sotheby’s for a the equivalent of more than $30M. It’s hard to imagine what a Vermeer would sell for today- probably a lot more than it did 15 years ago.

The Concert by Vermeer. Via/ Wiki Commons 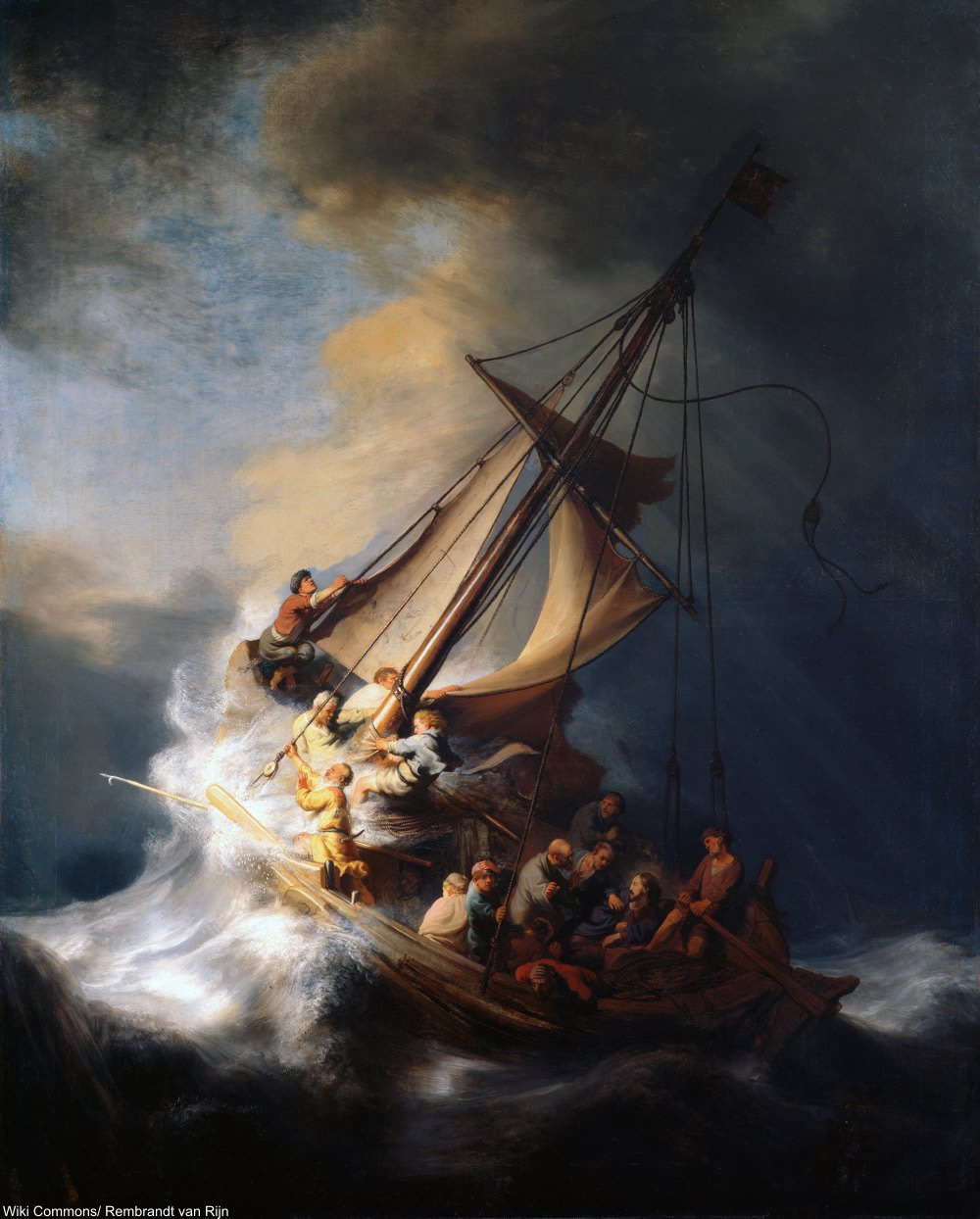 Christ In The Storm On The Sea Of Galilee by Rembrandt van Rijn. Via/ Wiki Commons 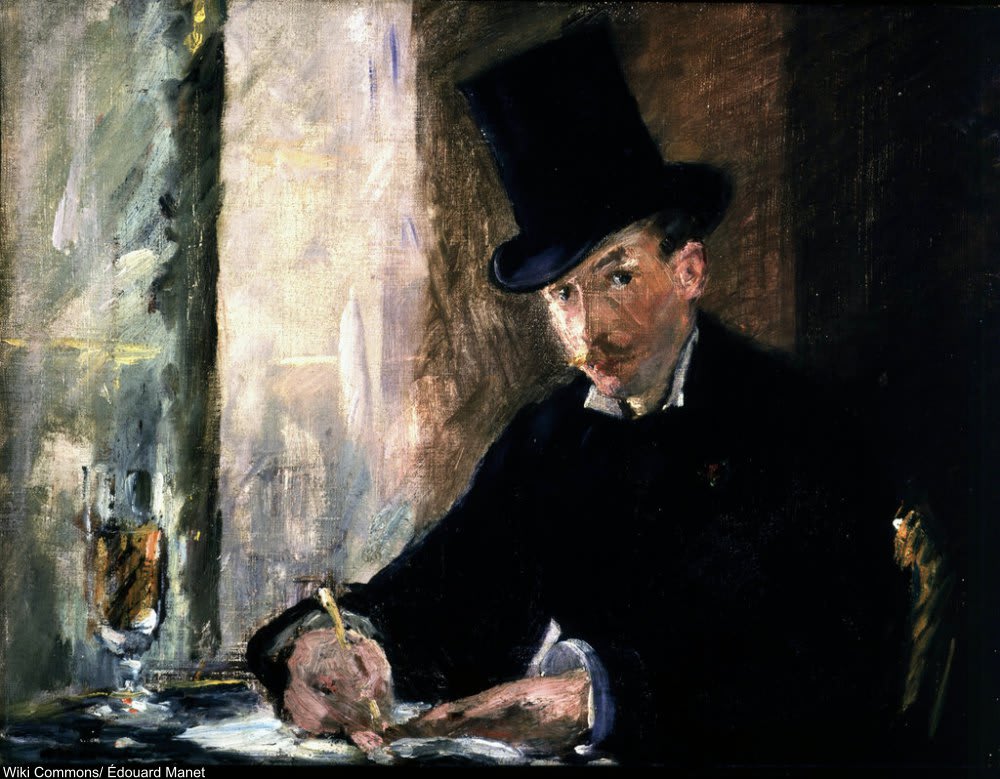 The museum keeps the empty frames displayed where the stolen works would be hung today had they not been taken. Below are two of Rembrandt’s frames seen totally empty hanging among the other works of the collection. There have never been any conclusive leads in this case.

So what happened to these pieces? Well, that is a long and speculative story. The last person of interest in this case is Robert Gentile, a man who was just released from prison in March 2019 after serving time for an unrelated weapons charge. Gentile was thought to have been involved with the mob, and the selling of the stolen artwork and is now 82-years-old. At this point in time there is no hard evidence linking him to the art heist. 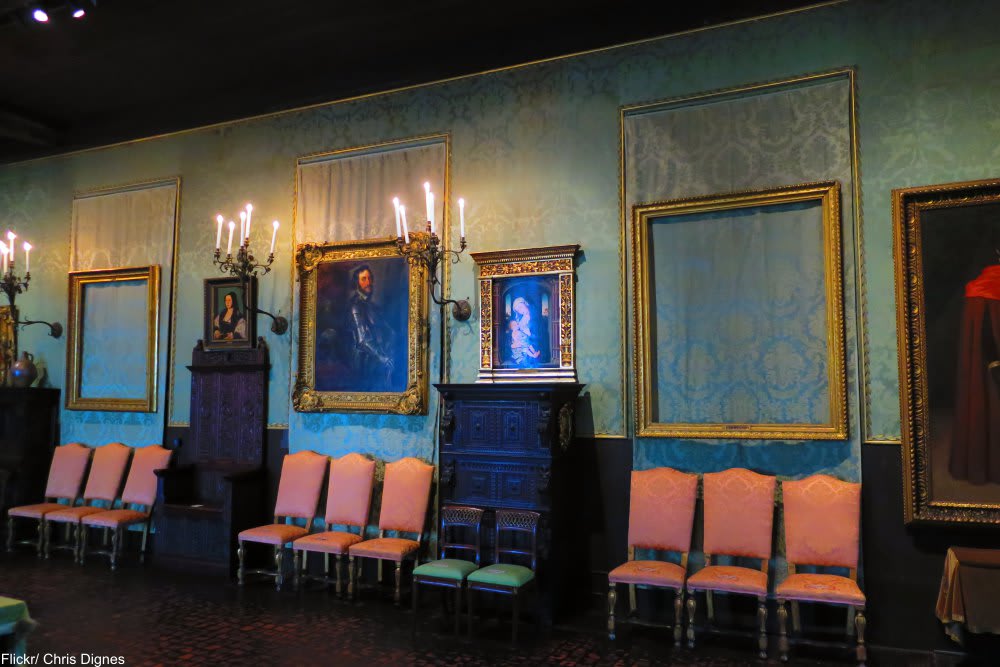 Another name associated with the stolen objects has been James “Whitey” Bulger, who was murdered in prison in 2018. Bulger was a known mobster who had fed the FBI crucial information on organized crime before going on the run in 1996 and eventually being sentenced to 2 consecutive life sentences for 11 murders. One theory now is that Bulger had offered the works to the IRA to sell on the black market to fund their activities. If this is true then they have some connection to Ireland, even if they have since been scattered to the wind. But, without more evidence and with no trace of the objects themselves, this would be nearly impossible to prove.

This is considered an ongoing investigation even to this day. Any information on this crime from 30 years might help officials to find where the 13 paintings and artifacts are now. You can have a closer look at this monumental art crime and what it means for the museum today in the video below.