Before Central Park: The Historic Neighborhood Lost to Time

Today Central Park is a part of pop culture, a must-see destination for tourists, and a much needed greenspace for the most densely-populated city in the U.S. The vast park is 840 acres of greenery, a huge park by metropolitan or country standards. As such an iconic and rare part of New York City’s history, the real estate around Central Park is some of the most sought after in the city, with park views being one of the big selling points of many luxury Manhattan apartments. However, the neighborhood there once looked quite different before the park was created. 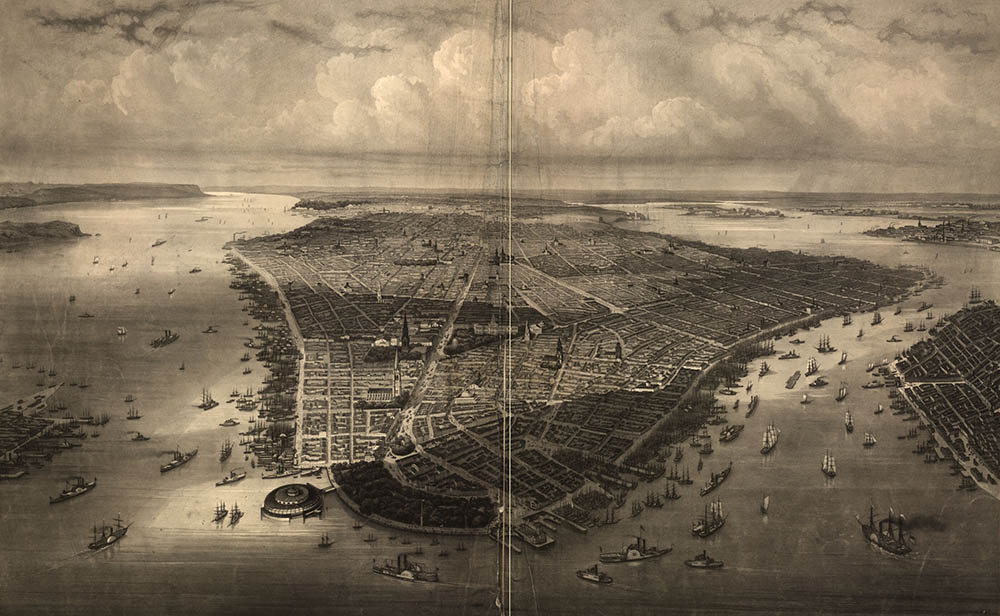 Lower Manhattan in 1851. Via/ Library of Congress

The first attempts at creating a park in the middle of Manhattan didn’t go over so well. Jones’s Wood (as it was called back then) was a privately owned parcel of land and when the state tried to buy it in 1851 the wealthy owners fought back hard and gained community support – and they eventually won. This section is where Lenox Hill is now, an upscale neighborhood east of Central Park.

The next plan was to buy up property from small landowners to create a much more massive park space. By 1853 the Central Park Act had been passed, allowing the state to buy up the needed land by eminent domain and in a more centrally-located part of New York City. 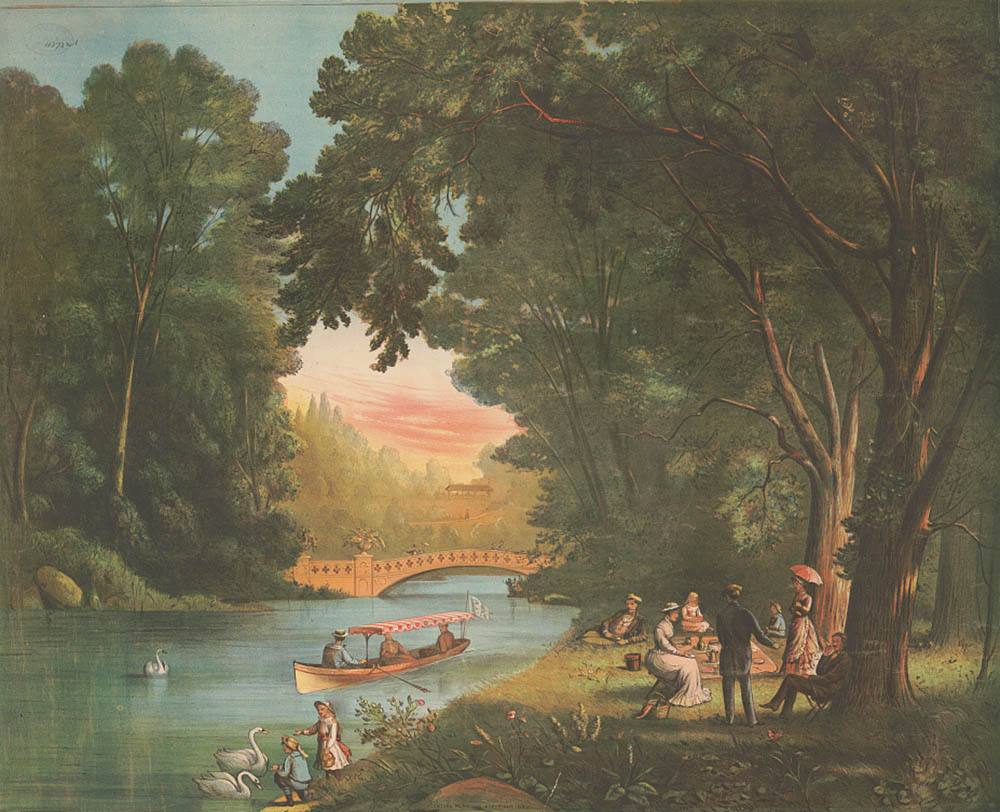 Painting of Central Park from the 1880s. Via/ Library of Congress

The neighborhoods that were dissolved to make way for Central Park included Seneca Village, a rare community composed of free African Americans who owned their own plots of land. The neighborhood was first settled in 1825 when plots of land uptown -in what was still a largely bucolic area- came up for sale.

Over the next 30 years, Seneca Village would become home to hundreds of free Black people and moving there gave them many advantages. For one, they cold escape the violence of the city, which often was directed at them as free African Americans were considered job competition for working class immigrants and whites. The other huge benefit to living there was that a man could vote. In New York state, only free Black males who owned land could vote and other Blacks were simply excluded from this part of democracy. 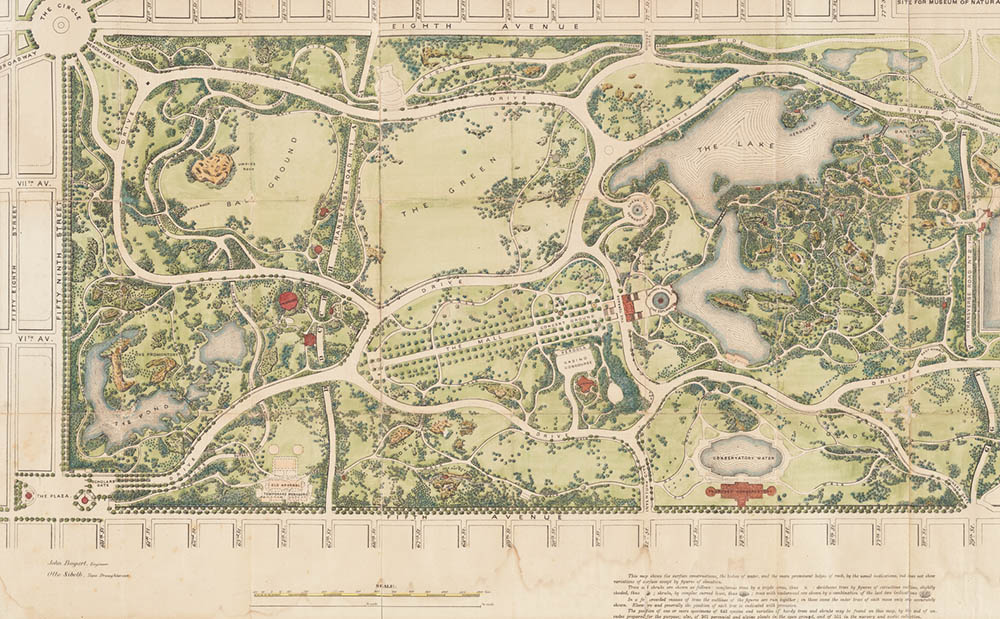 As the years passed, some German and Irish families moved in, attending the same churches and being being buried alongside their Black neighbors. There was even intermarrying- which makes this unique integrated neighborhood a very uncommon place for the times.

By purchasing that land on eminent domain to make way for the park, the city erased the Seneca Village neighborhood from the map and today many people are unaware of what was demolished to make way for the now-iconic park. However, the city has put up a temporary display in the park to acknowledge what came before. 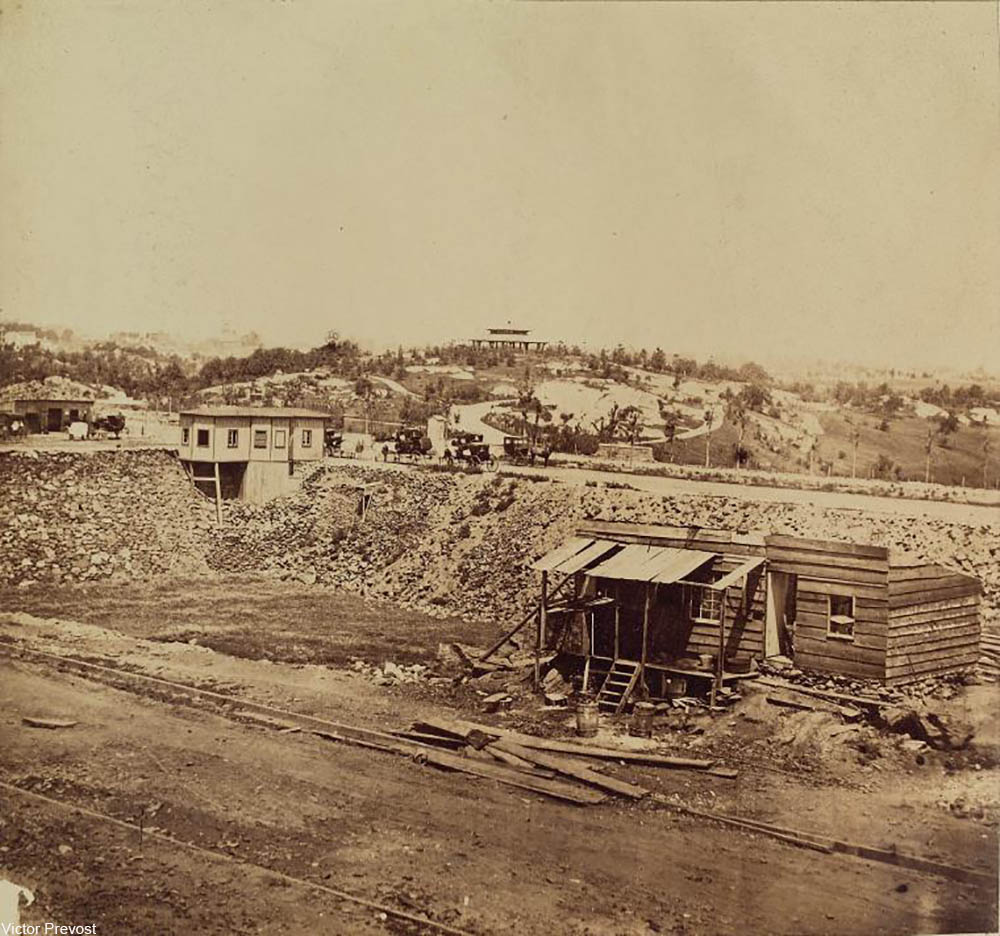 One of the many houses demolished to make way for Central Park. Via/ NYPL Digital Collections

Find out more about the fascinating history of Central Park in the video below.