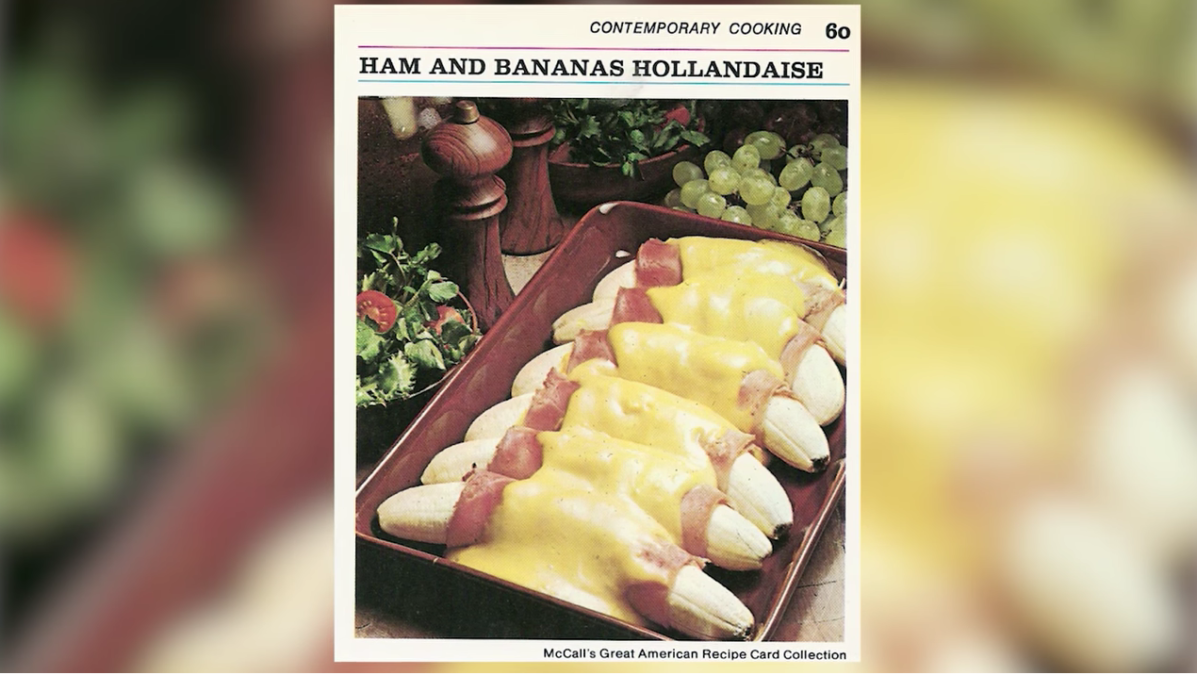 Have you ever tried this vintage dish? It was popular in the 60s and 70s… though we have questions as to why. The recipe itself is pretty straight forward. Spread some mustard on a slice of ham and wrap it around a banana. Fill up a casserole dish with these ham-covered bananas and bake at 400° for ten minutes.

While the bananas are cooking, prepare your Hollandaise sauce. Since this is the 60s, packaged gravy and sauces are increasingly popular. So, take two packages of Hollandaise mix, along with a cup of water and a teaspoon of lemon juice, and mix in a pot on the stove, over medium heat. When everything is done, take the bananas out and pour the sauce over them. Most cookbooks recommend serving this dish with a nice salad.

Now, you may wonder how this dish came about. The answer is… advertisements! While bananas had been around in America for nearly 100 years prior to this recipe, they were considered a delicacy up until the 30s and 40s. Thanks to several ad campaigns, this tropical fruit got a makeover and skyrocketed in popularity.

At first, bananas were marketed as health food for babies and children. But soon, there were a ton of recipes coming out for all kinds of banana dishes, including grilled bananas with curry, or mint jelly. Thus, a trend was born. Watch the video below to see the recipe in action, and then see how this cook makes an updated version that actually looks and sounds amazing! 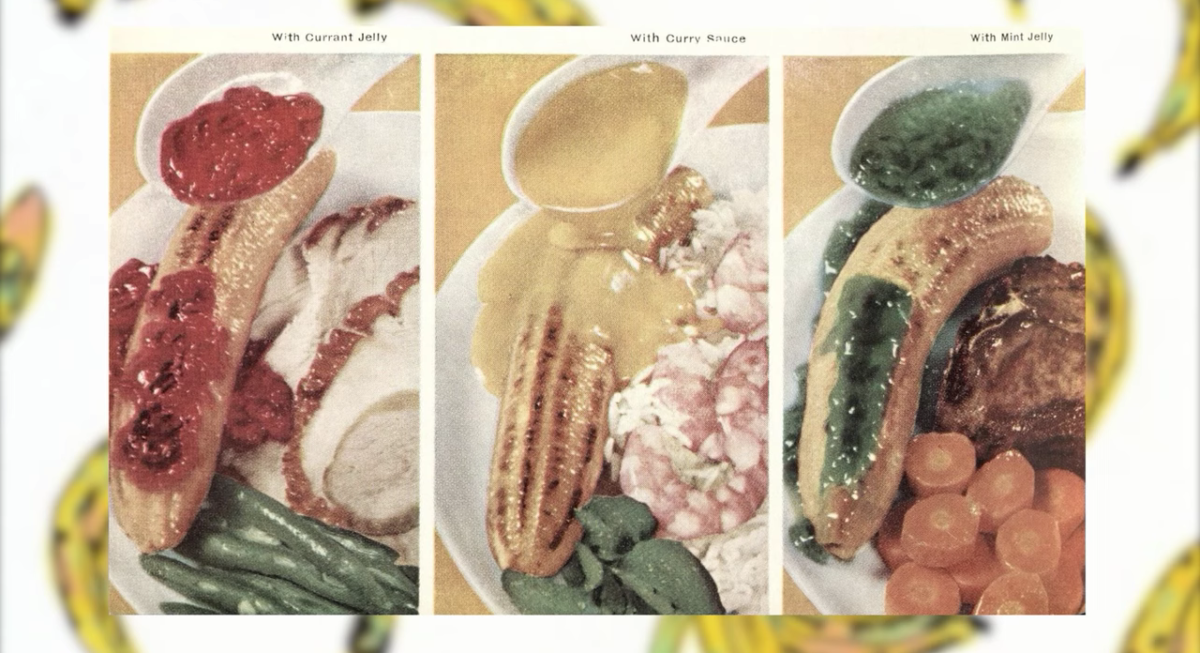