Banana And Mayo Sandwiches Are A Staple In The South 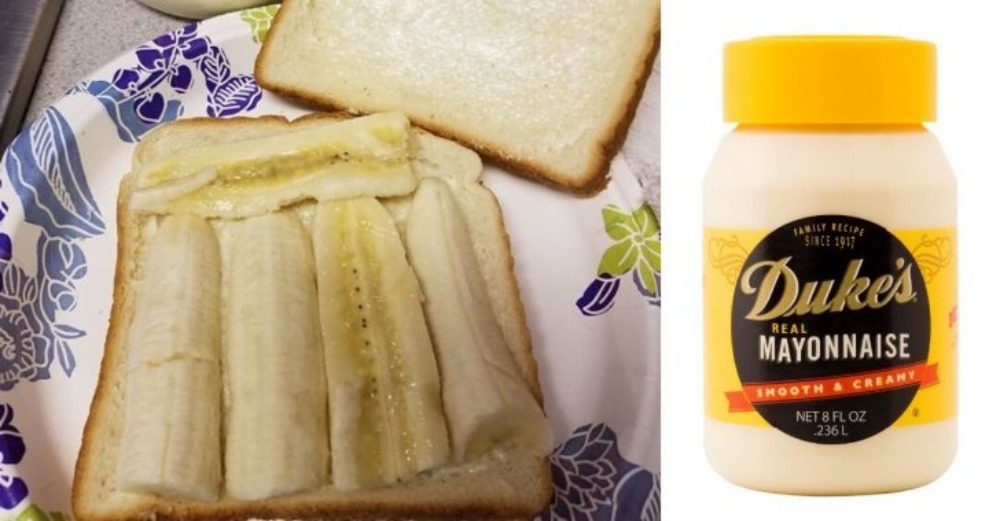 You’ve probably had a peanut butter and jelly sandwich or even Elvis Presley’s favorite banana and peanut butter sandwich! There are so many different varieties, and some sound delicious, while others sound…interesting. In the South, many people love a good banana and mayo sandwich.

Dale Earnhardt Jr. has been known to eat this sandwich- which makes sense since he was born and raised in North Carolina! People in the South started eating this simple sandwich during the Great Depression. Bread was fairly cheap and meat was expensive, so people began putting whatever they had in their pantry on slices of bread. 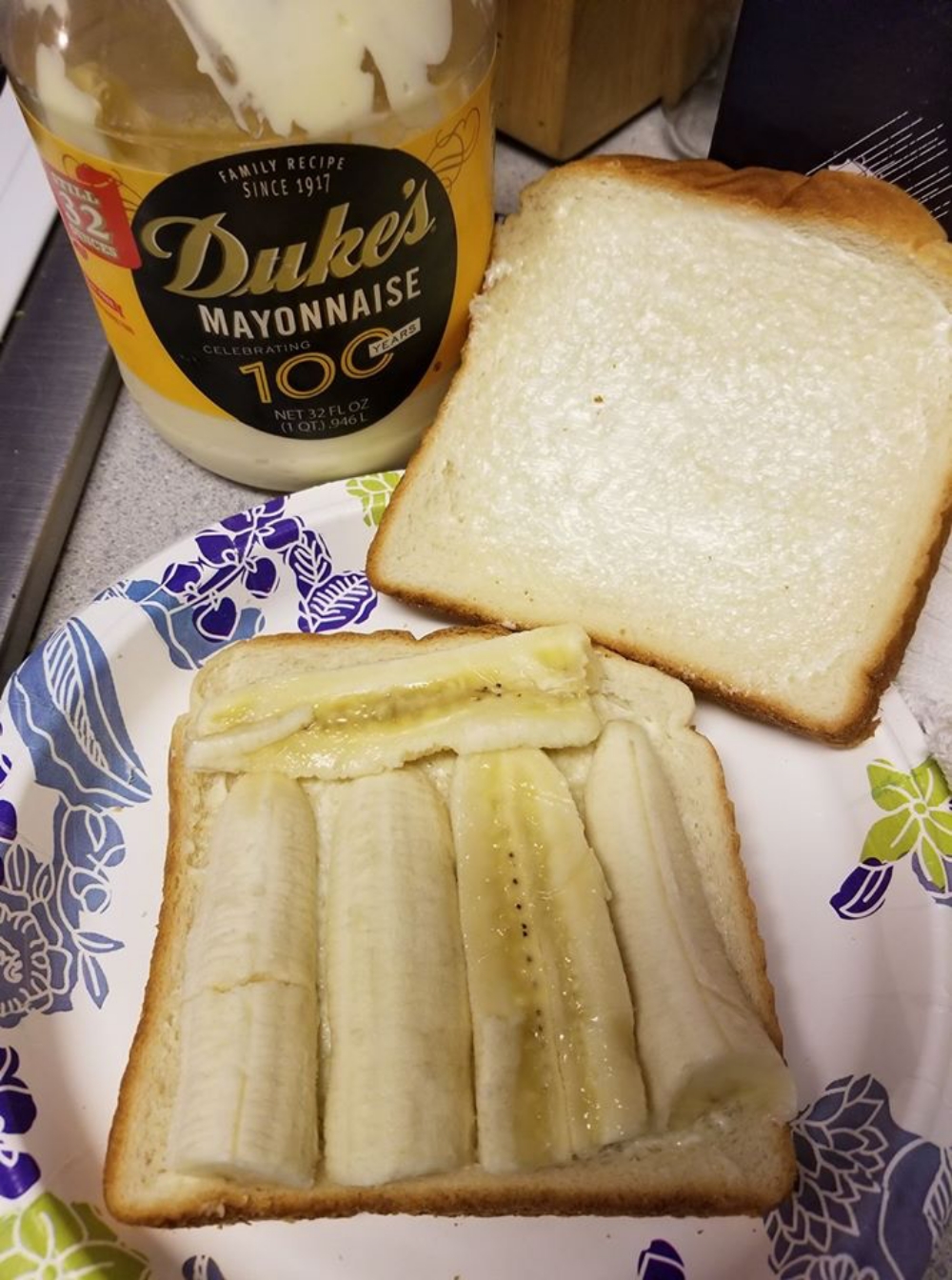 Even as the Great Depression ended, people still loved the taste of these sandwiches! They passed them on to the younger generations and the rest is history. Dale Jr. once revealed the way he makes his mayo and banana sandwiches. 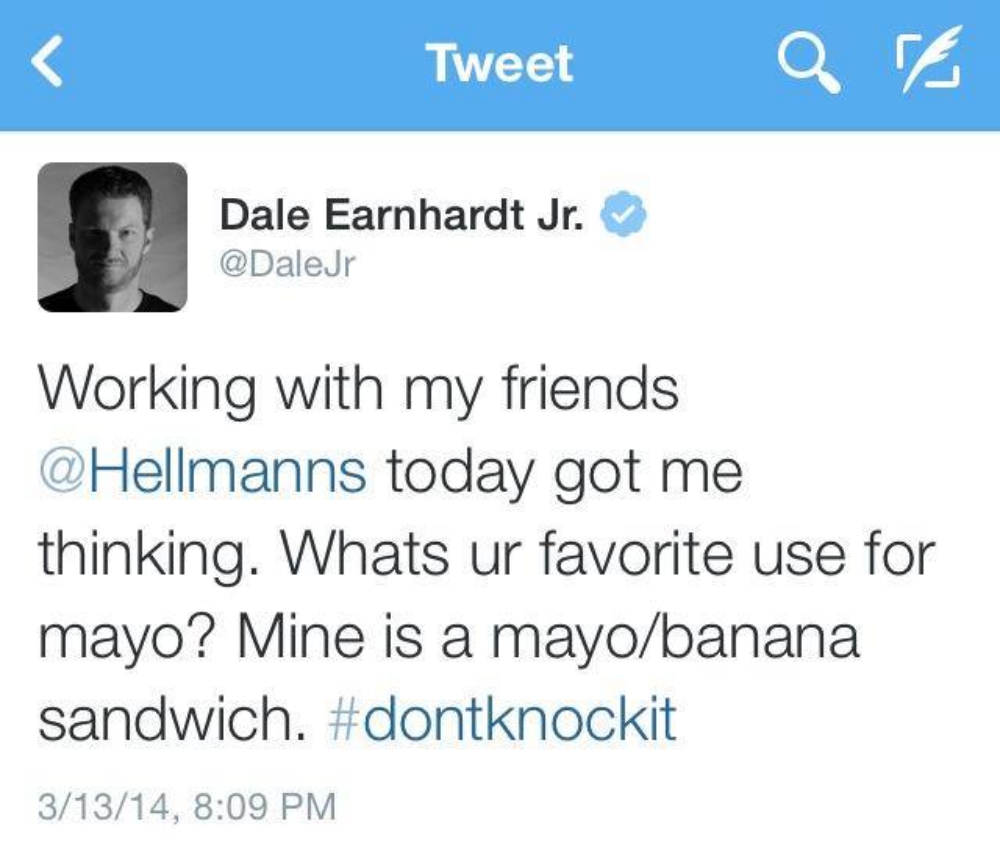 He said that he slathers on the mayo like it is butter, coating the bread with a light layer. You can do this on both pieces of bread. Then simply slice up a banana and put it on the bread. Generally, white bread is used for this sandwich. It’s so easy and delicious, not to mention nostalgic for anyone who grew up in the South!

What do you think? Have you tried it before? Would you try it out?