There’s A Baked Bean Museum Of Excellence In Wales

Beans may not necessarily be at the top of your list when it comes to excitement, but if you visit Port Talbot, Wales, you might just have a changed perception of them. After all, it’s home to the Baked Bean Museum of Excellence. Of course, you don’t have to visit Wales to enjoy what the museum has to offer, you can visit their website to check out the memorabilia associated with the canned beans of awesomeness.

Berry Kirk is the Welsh man behind the Baked Bean Museum, but his name was legally changed in 1991 to ‘Captain Beany‘. Born in 1954 and working for about half of his adult life at a British petroleum plant in South Wales as a computer department, he had another calling in 1986.

It was in 1986 that he spent 100 hours in a baked bean bath, breaking the world record. Five years later, he started painting his face and head orange and completely immersed himself in the Captain Beany persona. He even started dressing in a superhero costume that was orange and gold. This isn’t all for show, he performs a number of stunts associated with beans to raise money for charity.

In fact, pushing beans along the beach using his nose and other stunts have raised some $130,000 for charity. That is all well and good, but the Baked Bean Museum that was opened in 2009 in his two-bedroom flat is still his claim to fame. 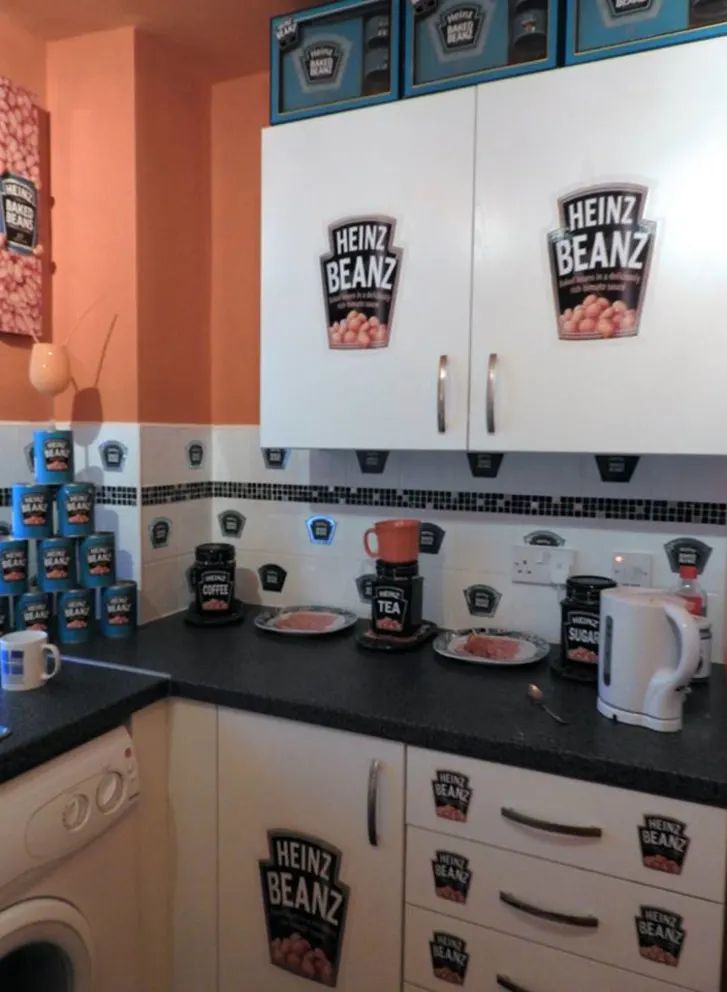 If you happen to stop by Captain Beany’s home for a visit, you will be able to immerse yourself in more baked bean memorabilia than you ever thought existed. You will find the Branston Bathroom where his lavatory used to exist, and the kitchen is completely themed with Heinz. Vintage advertisements, collectible cans, and other memorabilia can be found throughout the museum. He even serves as a personal guide during your visit wearing a tomato-sauce-orange outfit.

You don’t have to pay anything to get into the Baked Bean Museum of Excellence, but a donation that goes toward charity is gladly accepted. You can visit Monday through Friday from 10 AM until 5 PM.