Sweet Twins Hold Hands As They Have Their First Conversation 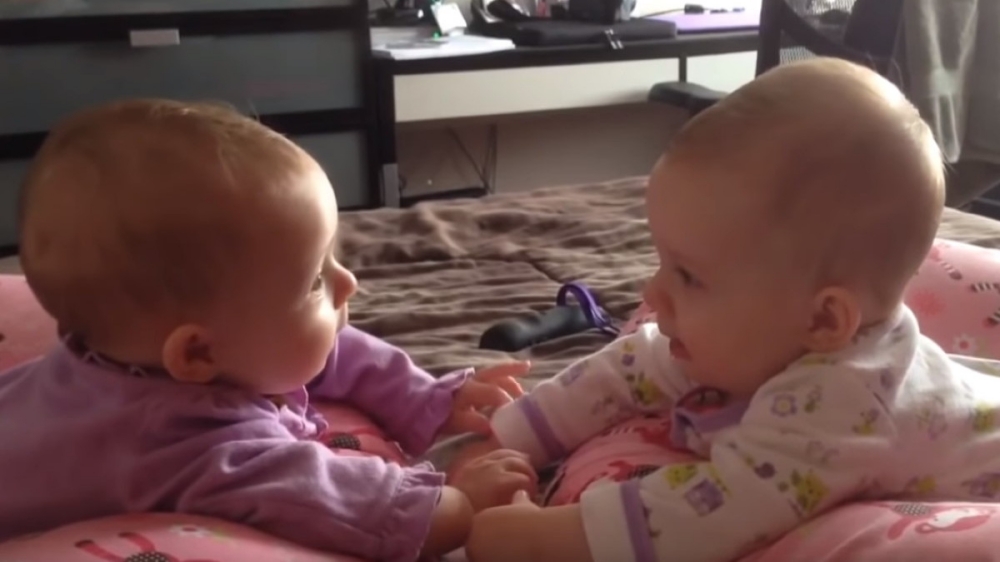 Growing up with siblings means you have built-in playmates that sleep either down the hall, or just feet away in the next bed. Many siblings develop a close bond as kids that they carry through adulthood. However, there seems to be something extra-special about the relationship between twins, which is also quite fascinating too.

Twins begin life together sharing their mother’s womb, then grow up celebrating birthdays, milestones, and doing everything else side-by-side. So it’s not very surprising that they’re often best friends. Even in babies, the close bond can be apparent, just like in the clip below.

A pair of identical baby girls are lying on their tummies across from each other on the bed. Naturally, it’s a perfect time to have a chat! What mom captures on camera is a sweet first-moment that’s left the internet’s heart in a puddle. 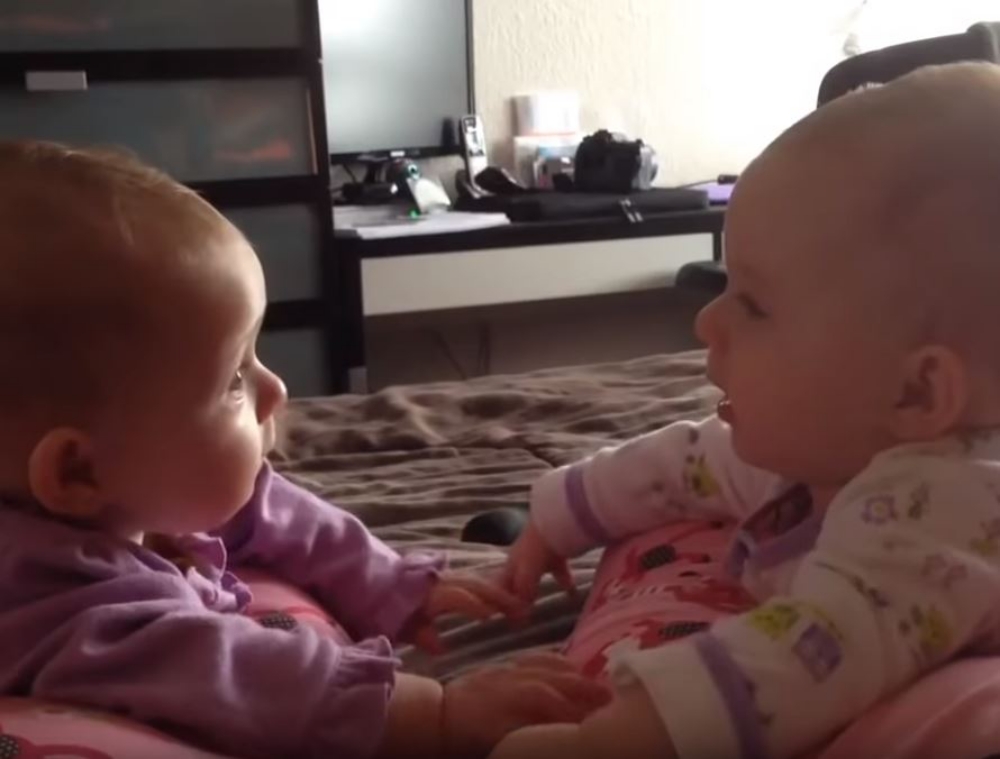 Let’s face it, when you’re with your best friend there’s always something good to talk about. It seems these sisters are making this discovery at a very young age.

The little angels are face to face and in reaching distance of each other. They begin having their first “conversation” while also learning to hold hands.

At first, the baby dressed in white and purple is the one with something to say. She adorably gurgles and uses her voice, all while her sister listens and smiles in response. 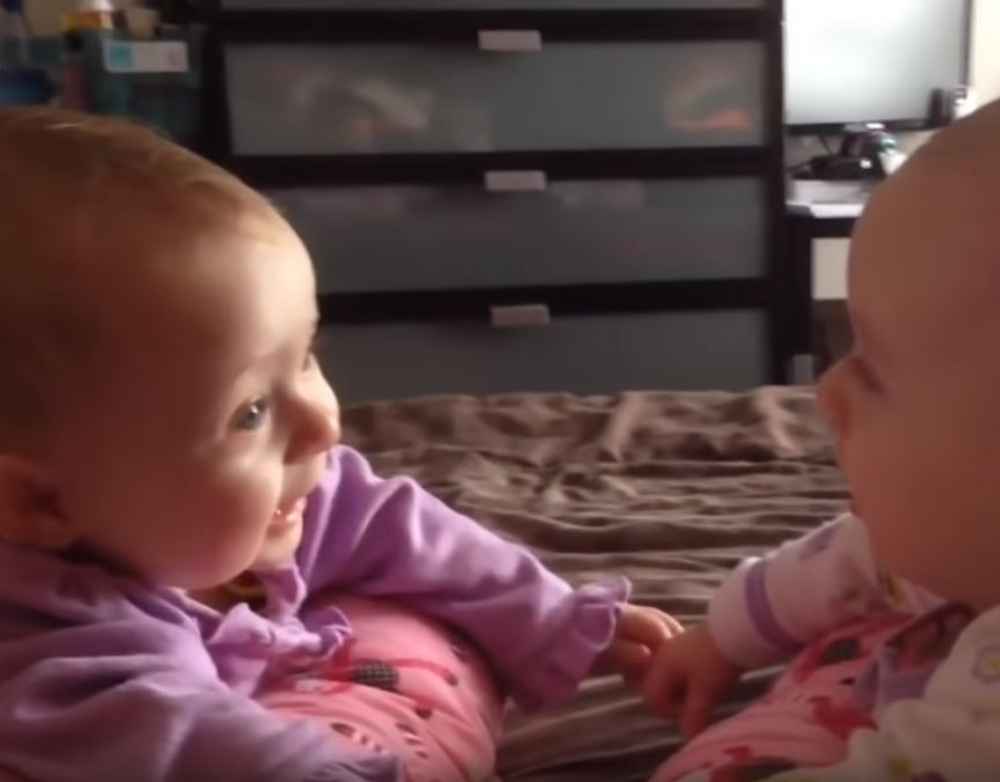 Holding a loved one’s hand is a comforting feeling at any age. In the video, the twins grab at each other’s hands and seem curious at being able to touch.

After several moments the twin in purple responds to her sister using her own baby talk. While it’s unclear what they’re saying – it’s almost as if they’re having a little girl chat! 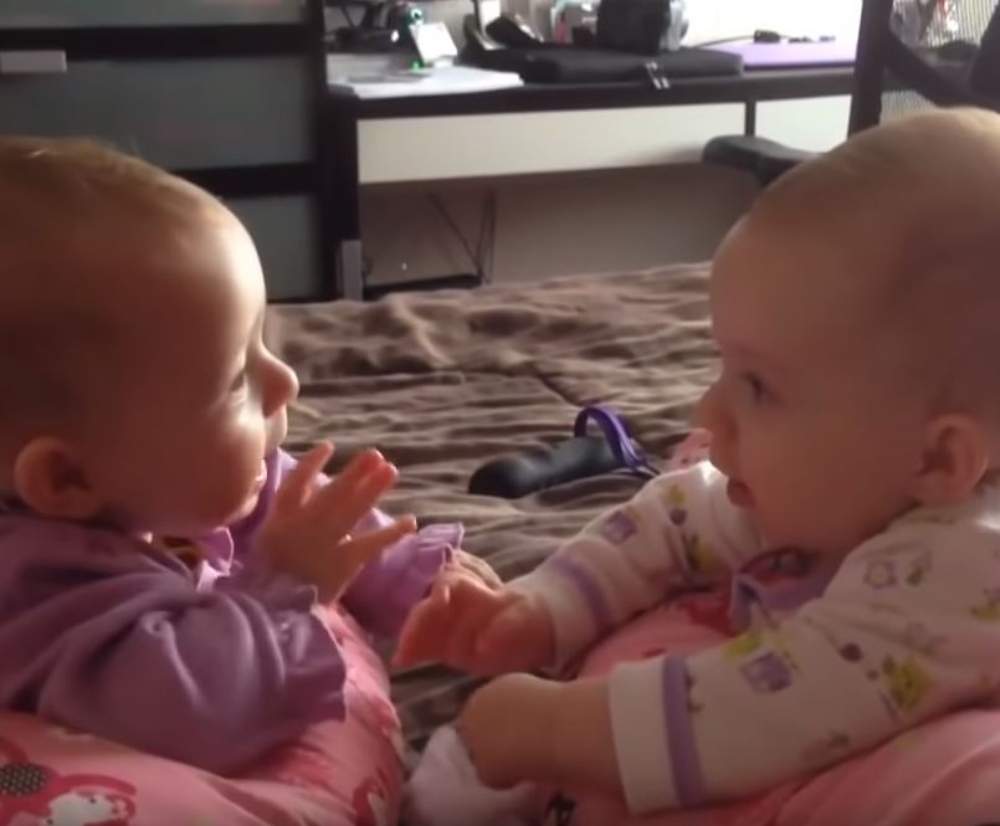 A number of viewers have posted online what they believe their conversation is about.
One woman commented on YouTube:

“So my mom’s stopped breastfeeding me and I’m like for real!? Your just going to switch me to formula just like that??” Then I was like “waa! Waa! Waaa!!” 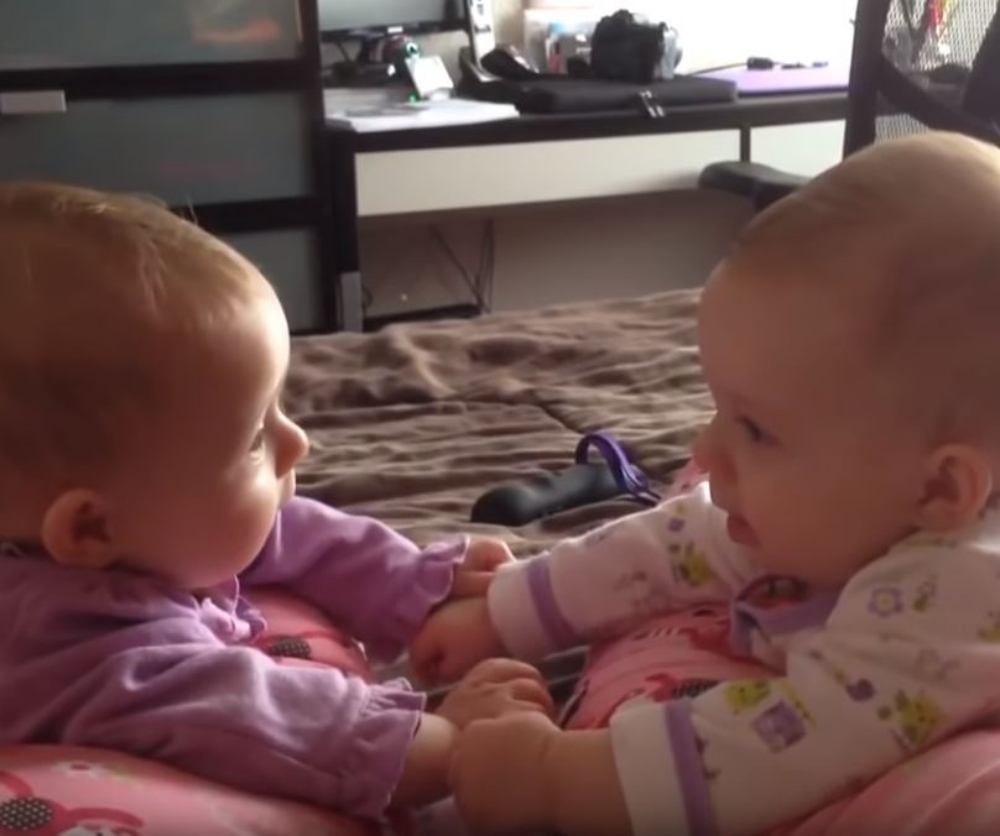 The special bond between twins can be extraordinary, especially with those who are identical.

Many twins feel that there is a type of telepathy between them and will sense the other’s emotions. According to Very Well Family, people have reported feeling the sensation that “something’s wrong” when their twin is experiencing a crisis. In addition, twins often share stories of being able to sense their sibling’s physical pain, such as a heart attack or labor.

Interestingly enough, even when twins are apart they’ll discover that they had mirror-like actions. For example, choosing the same meal at lunch or making the same purchase. Twins are certainly fascinating indeed! 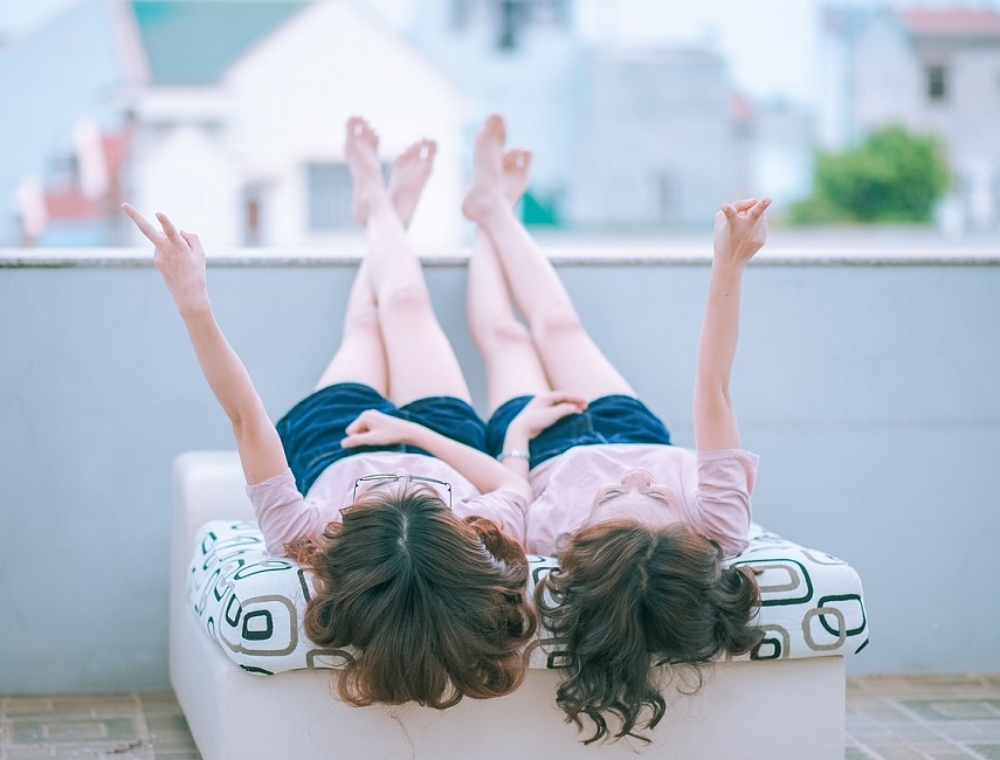 Some twins even develop their own language that’s just for them.

It’s reported on the NCBI site that 40% of twins invent their own language, referred to as autonomous language, idioglossia, or cryptophasia. Oftentimes it doesn’t last long.

Perhaps the babies from the video are working on their own secret language – but regardless, their bond is evident.

The moment between these two baby girls is just precious, and likely a glimpse into the close relationship they’ll have for the rest of their lives. Thank goodness a camera was rolling to capture it all! 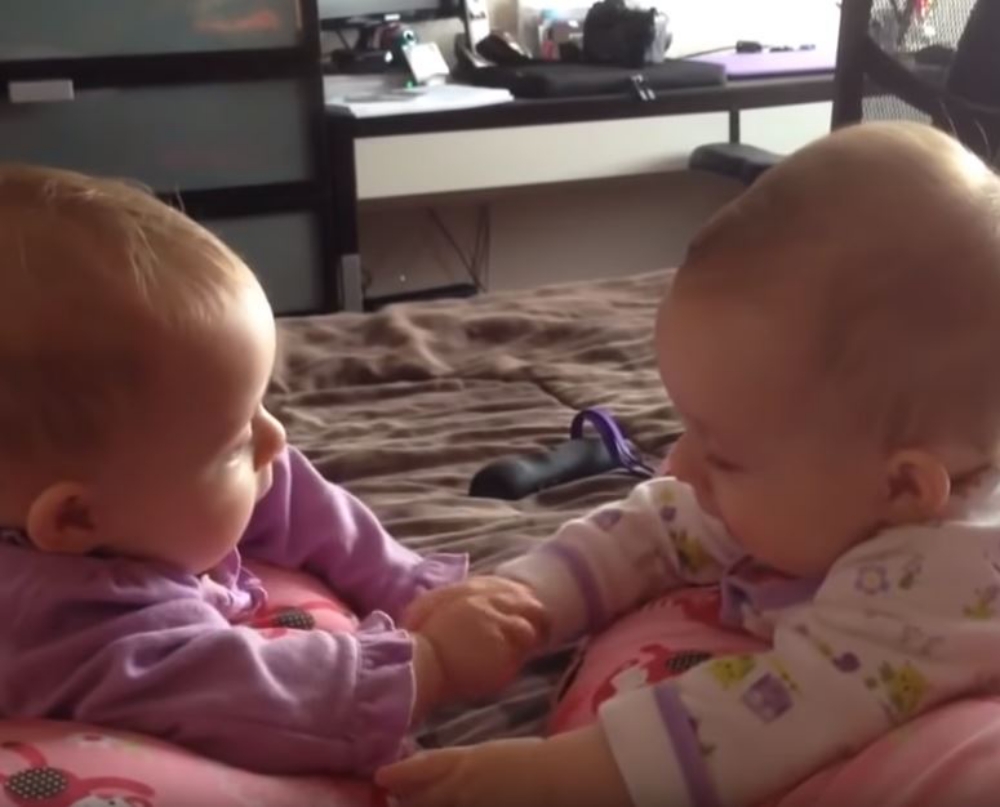 Watch the video below to see these sweethearts’ first (of many) conversations for yourself!