Baby Sees Clearly For 1st Time & Her Reaction To Parents’ Faces Has Them Weeping.

At 10 months old, most babies have either already taken their first steps or they’re just months away. Baby Piper had yet to even crawl, and her parents were naturally worried.

Piper’s mom, Jessica Sinclair, just so happened to work in the office of an eye doctor. The doctor suspected the issue wasn’t a developmental concern, but actually might have something to do with her vision. Jessica and her partner, Andrew Verdusco set up an appointment ASAP. 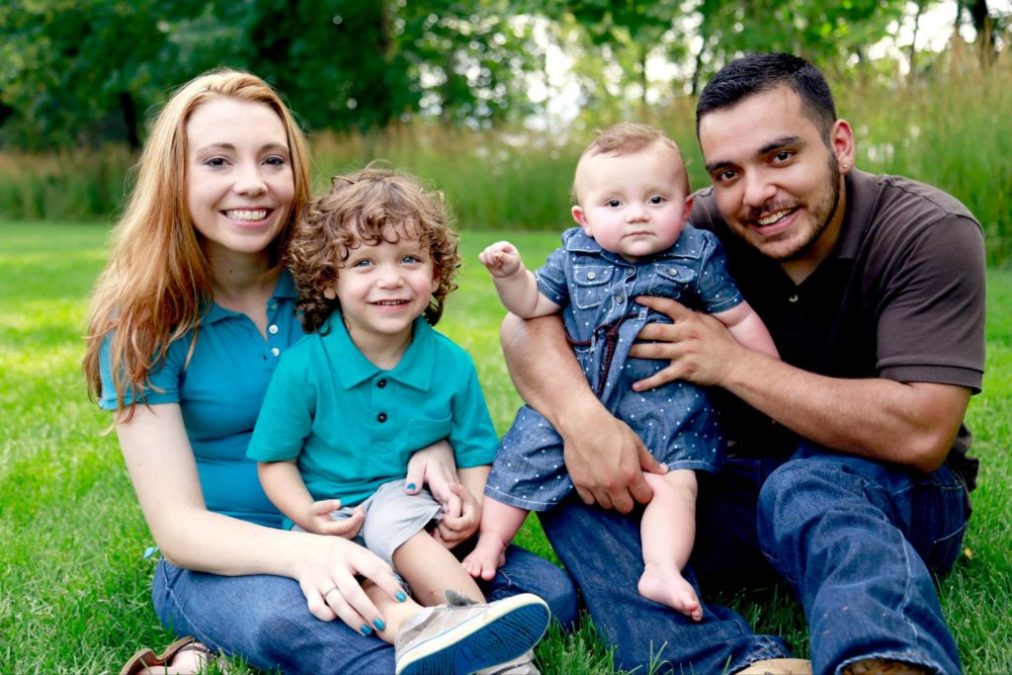 It turns out, the doctor’s diagnosis was spot on: Baby Piper was diagnosed as being severely farsighted. This certainly explains why Piper was unwilling to take her first steps and explore like other babies her age. Poor Piper could only see a few feet in front of her, anything after that was a complete blur. This would certainly make anyone weary, no matter their age!

But thankfully it was an easy fix. Within a few weeks, Piper received her very own custom-made glasses — and she suddenly became an internet sensation overnight. Why? While Piper wasn’t a big fan of trying on the glasses at the doctor’s office, her mom and dad brought the glasses along when they went out to dinner that night to celebrate.

And the moment Piper realizes there’s so much more to the world than what she’s been seeing all this time = Priceless! 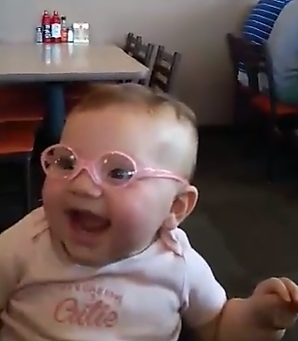 Her adorably chubby cheeks break into the most heart-warming grin you’ll ever see. It’s like you can see the excitement and wonder in her as when she realizes the world isn’t one big blur after all!

If you’ve ever been fitted for glasses, you’ll know the feeling of seeing specific colors, details, and other things that you maybe didn’t notice or couldn’t see before. That is just a fraction of what little Piper must be feeling as she takes her new glasses for a spin.

“You can hear Andrew laughing, but what you can’t see is, I was choking back tears of joy that she could see the world the way it was meant to be,” Jessica recalled. “It was a fantastic moment to witness.” 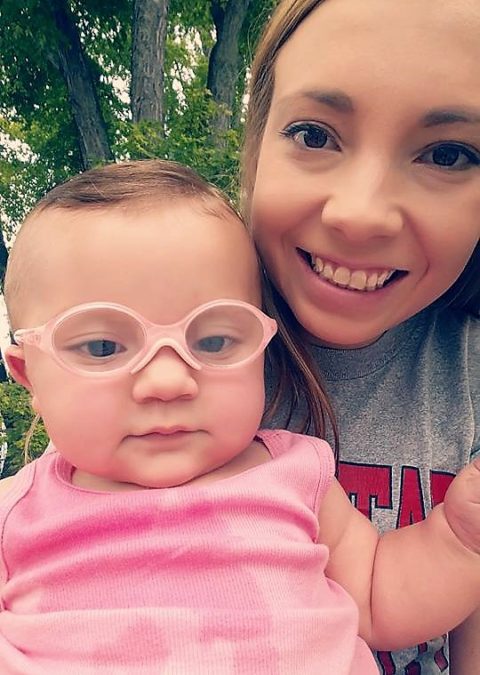 After getting Piper settled into her new, expanded world, Jessica and Andrew hope that their story will encourage others to start those optometrist appointments early! The American Optometric Association recommends children have their first eye exams at six months old (but earlier if symptoms suggest there’s a problem or there’s a family history of vision problems), followed by another at 3 years old.

Click the video below to watch little Piper’s expression go from confused to absolute joy, and share to spread happiness that she’s now able to see the world in all its beauty!