Grandpa And Baby Come Up With Adorable “Scheme” 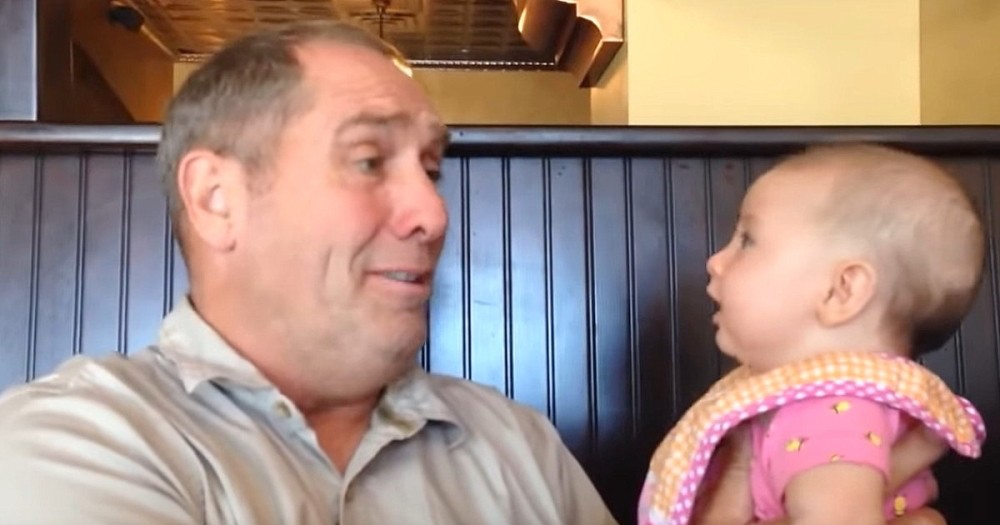 Welcoming a new baby into the world is exciting for more than just the parents. Friends, family members, and even your next-door neighbor can’t wait to lay eyes on your precious bundle of joy. It’s fun to watch how quickly hearts melt, as babies are so sweet they can make even the toughest guy say “aww.”

One of the cutest relationships to observe is between a grandparent and their new grandchild. For a lot of people, it’s like getting to have kids all over again (but the fun parts, without the work). You can spot a proud grandma or grandpa from a mile away – just like the one in the video below! 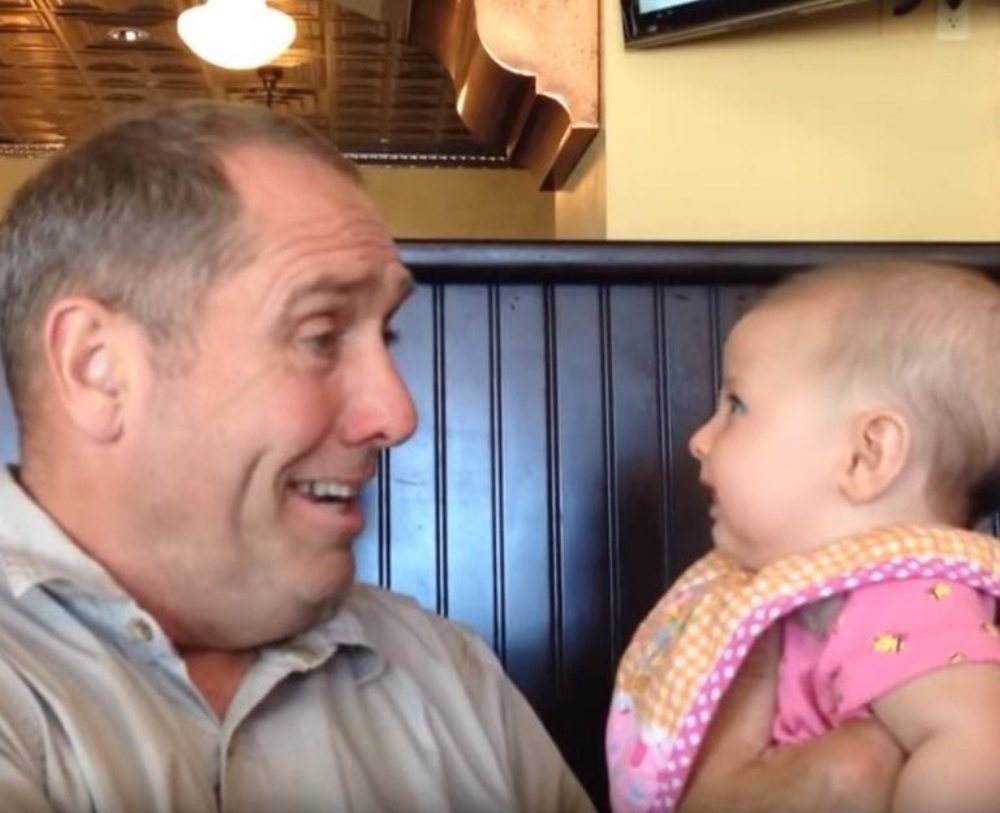 Grandpa Steve was out to eat with his family, which included his beautiful granddaughter Joeli. A camera was flipped on to record the adorable “conversation” they were having.
The man is holding the baby in what appears to be a restaurant booth. He has her positioned so they can talk face to face about a subject that’s well, pretty funny. According to the video’s description, “Joeli and Grandpa Steve sound like they’re plotting to rob a bank.” 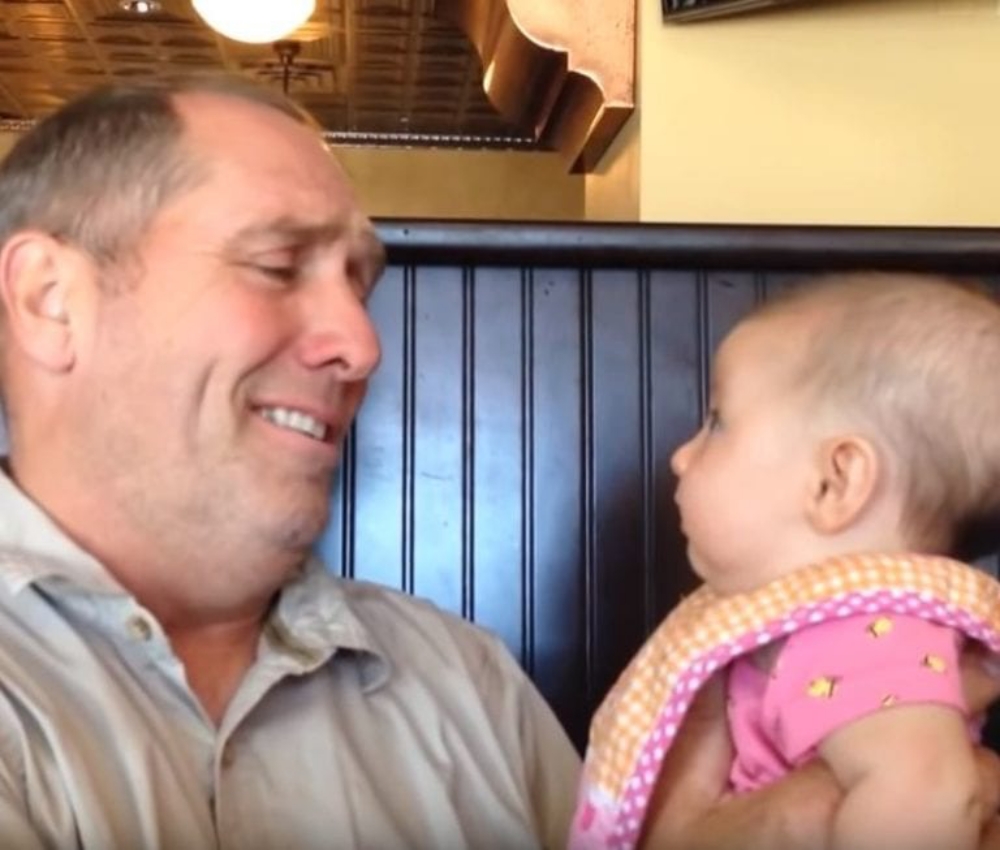 Although Grandpa Steve looks like he’s a big, strong guy – he also seems to be a complete softy too!

While talking to Joeli, he connects with her using lots of facial expressions and a tone of voice that makes you grin. But it’s his actual words that make it more than just sweet, it’s comical too.

“Well no, I don’t think so…’cause you just never know when it could go down. And then what happens then? Right?”

Wait, should you guys be having this secretive of a conversation with so many ears around? It truly does sound like Gramps and Joeli are up to something… 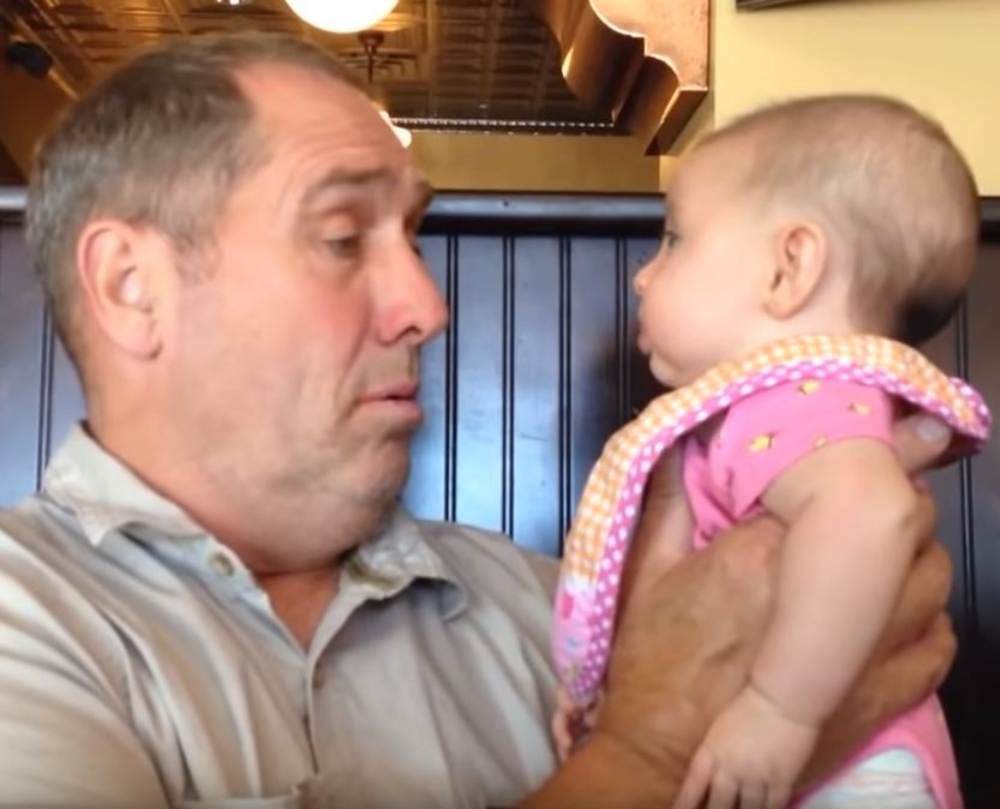 Baby Joeli is fully engaged listening to her grandpa’s enthusiastic voice and watching his facial expressions. But how could she not – he’s quite the character!

Joeli responds with her own baby talk, but in terms of the subject, it’s as if she’s pushing to go forward with their “secret plan”. As we know, girls have a way of wrapping their dads and grandpas around their little fingers. So Grandpa Steve, of course, is going to go along with Joeli! He tells her:

Seriously, what kind of mischief are these two going to get themselves into! 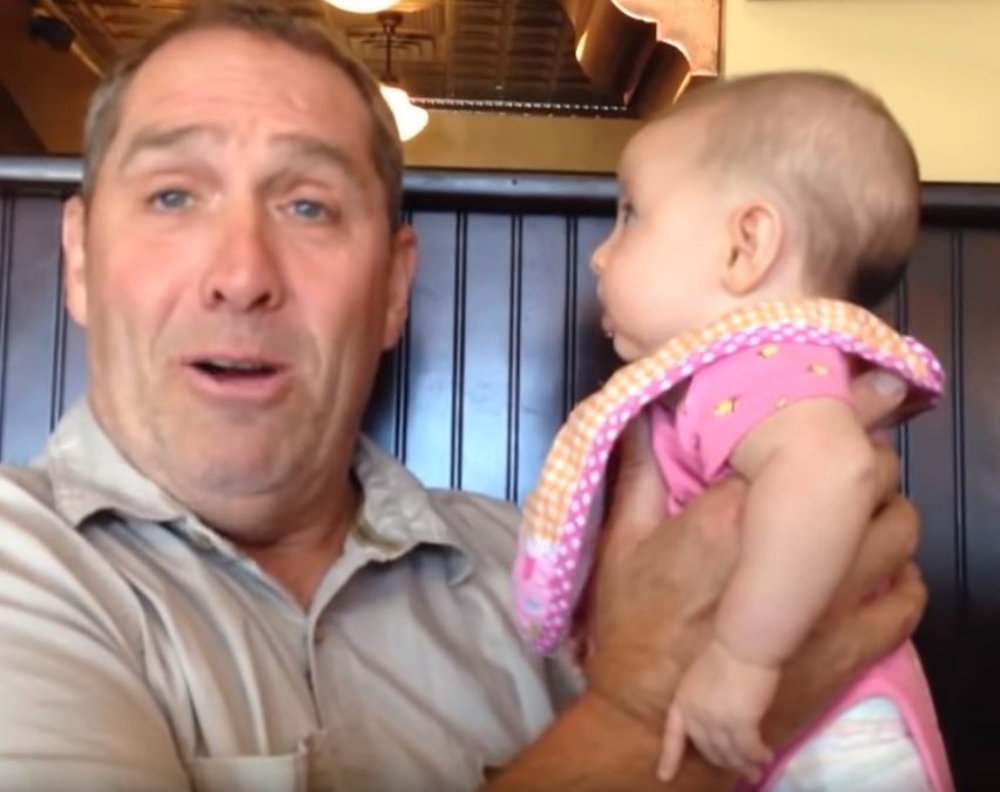 According to Parents magazine, “babbling” is a big step in a baby’s language development. Play on Words founder and speech-language pathologist, Sherry Artemenko, explained:

“Babbling is an important milestone because it represents the beginning of real communication, when a baby starts experimenting with sounds, listening for a reaction, responding, and building social relationships.” 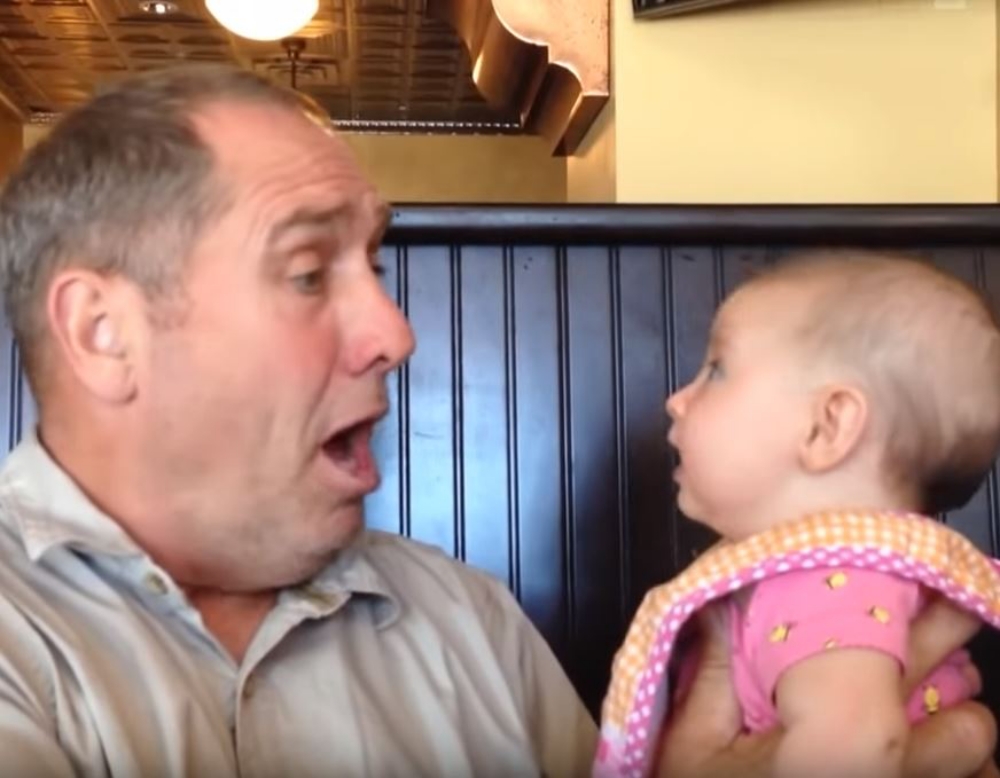 Even though Joeli is only a little peanut – it seems already that she and her Grandpa Steve are going to be thick as thieves.

It’s a good thing someone thought to turn the camera on because it’s a conversation that’s just too cute! While many times these types of special moments go unrecorded, this is one that’s actually been watched more than a million and a half times on YouTube. 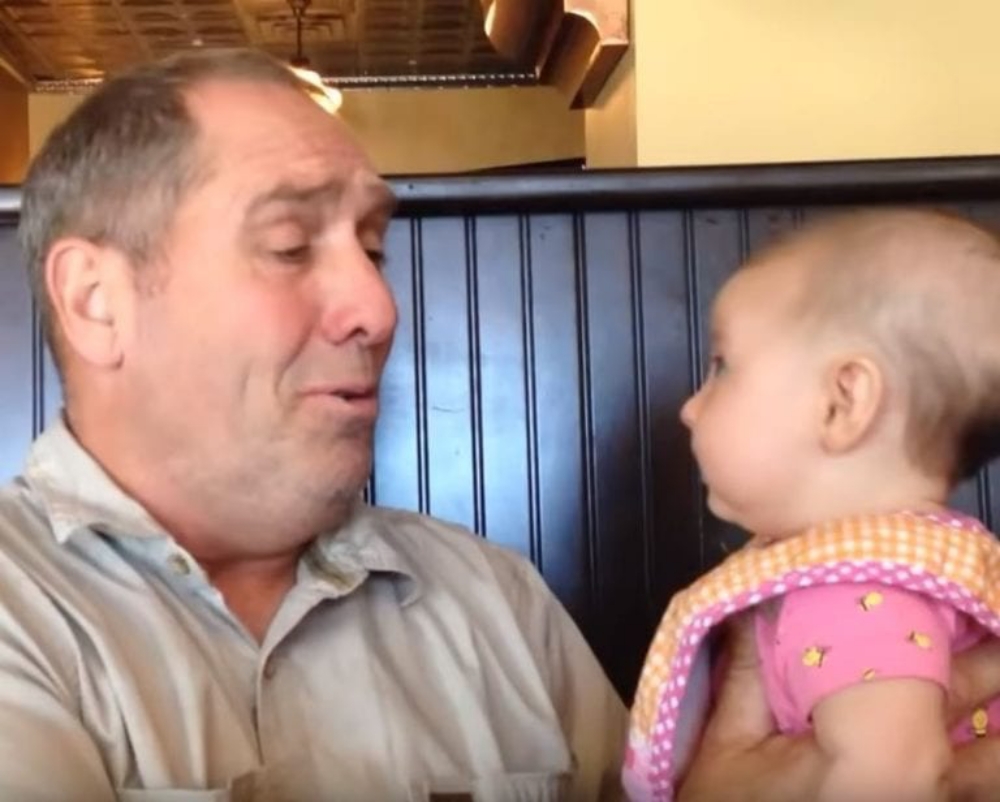 Watch the adorable video below to try and figure out what these two are secretly plotting together!