A lot of things were different in 1945. Soldiers returning from war began coming home to start new families and this would become the center of American culture for many years to follow. After the war had increased the need for public awareness campaigns, educational pamphlets became the norm in governmental agencies. Materials on raising children were among the endless leaflets. One brochure from Florida broke down just exactly how much feeding a baby in the first year of life would cost young parents and the information is not exactly what we expected. 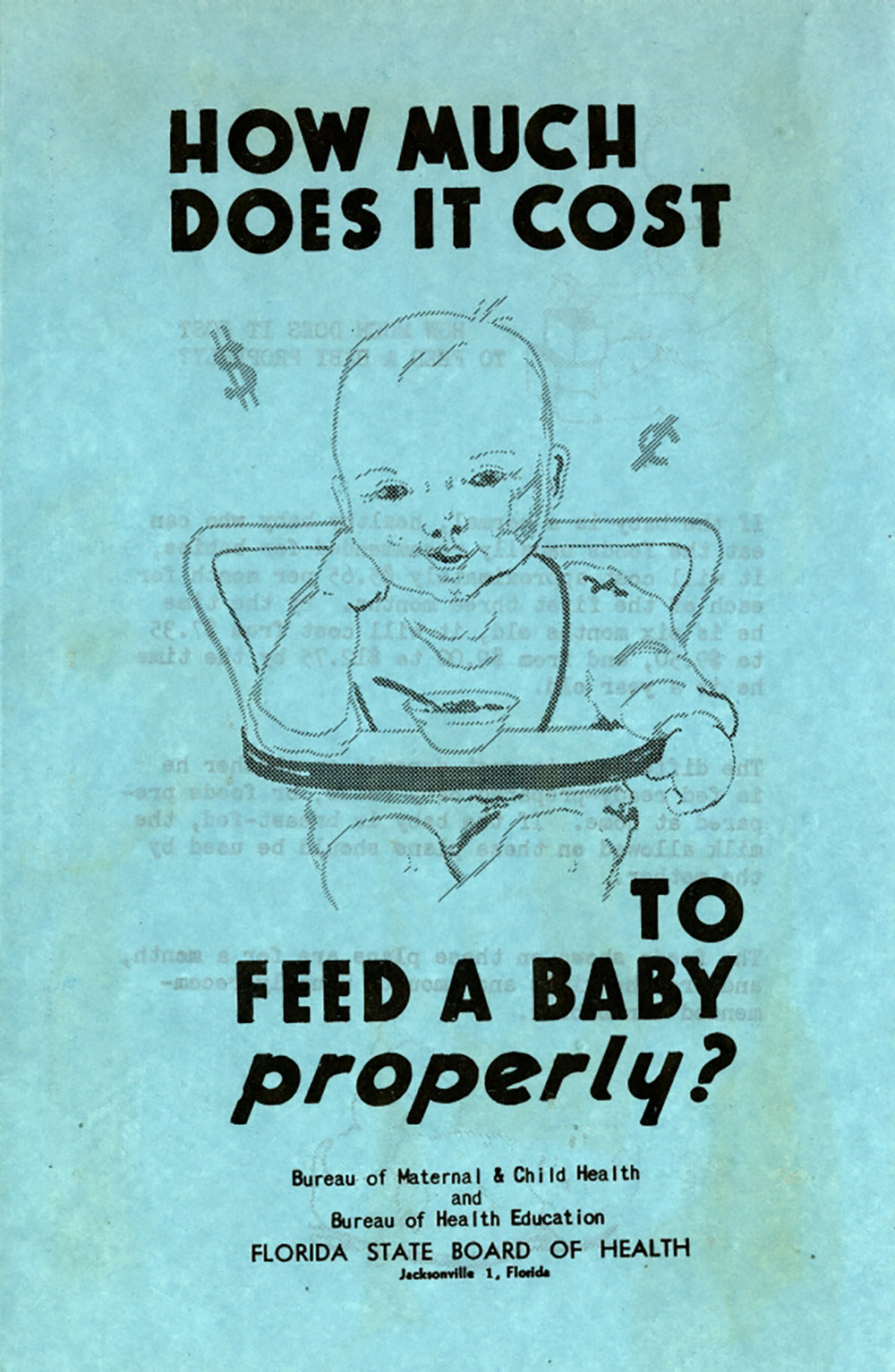 The pamphlet, titled “How Much Does It Cost to Feed a Baby Properly?” was released in 1945 from the Bureau of Maternal & Child Health and Bureau of Health Education and the Florida State Board of Health in Jacksonville, Florida. The advice inside breaks down the approximate shopping lists for a new baby on a monthly basis and gives a cost estimate for the food needed during the first year of life.

The shopping list for months 1-3 contains items you simply wouldn’t see bought for baby these days.

The monthly total for all this was estimated at $5.62. 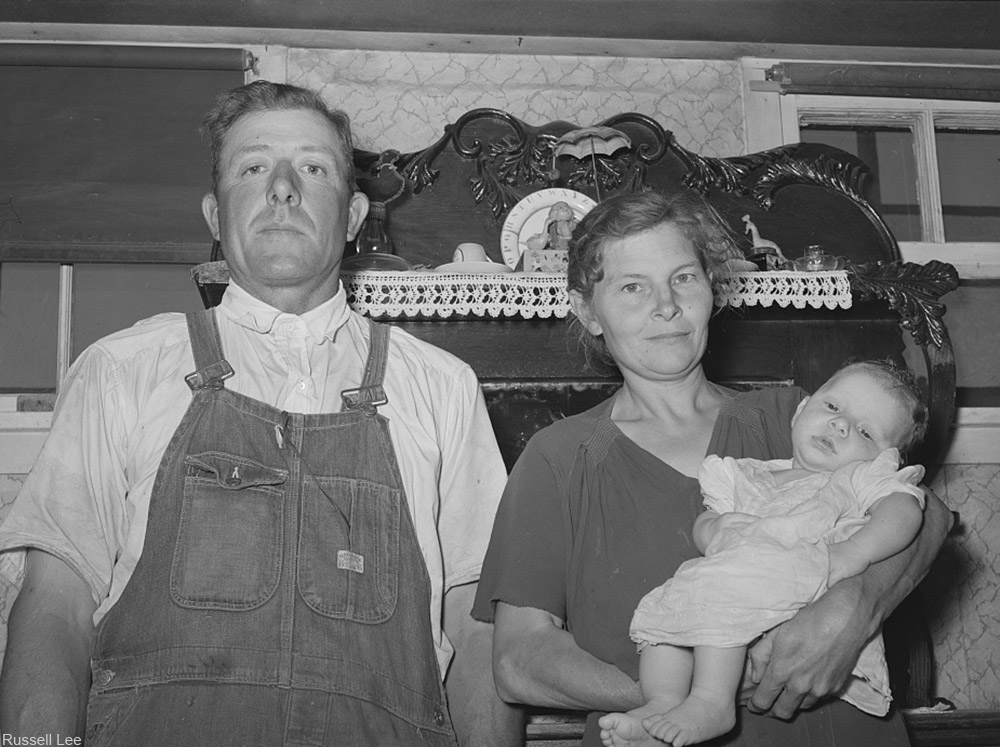 Back in the old days mothers were advised to create a homemade formula from evaporated milk and corn syrup. Cod liver oil was given as a supplement for overall health and vitamin C supplements and/or orange juice were given as a preventative against infant scurvy.

There is enough vitamin C in breastmilk and in modern formula to accomplish this, but in the days of homemade formula -at a time when many mothers were discouraged from breastfeeding- the prevention of scurvy was vital. To that end baby got fresh squeezed juice every day. 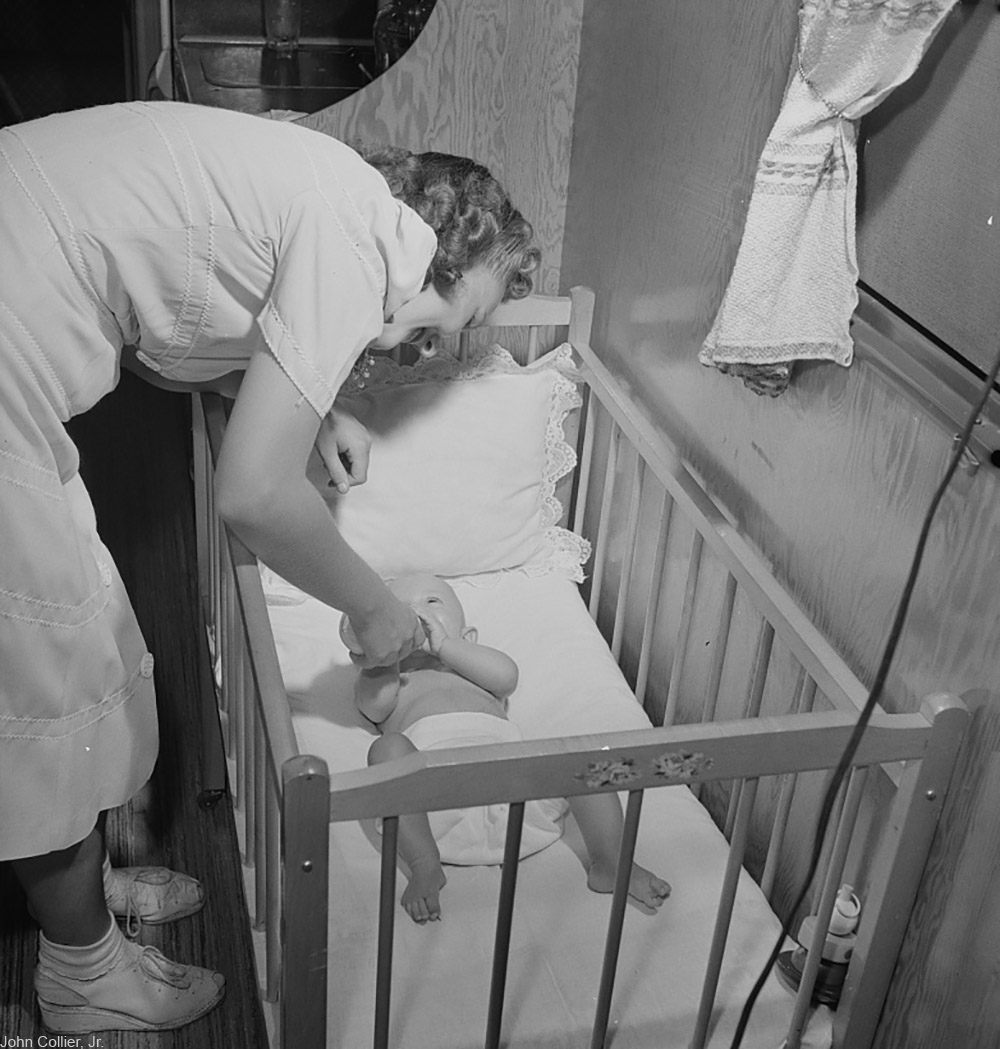 From the 4th month onwards there is still the formula cost, but then there are the additional costs for solid food, which include 30 servings of “home-cooked strained vegetables” for an additional cost of 45 cents. This brings the total for month 4 to $6.07.

Month 5 has all the foods (and costs) of month 4, with the addition of 30 servings of oatmeal or other cooked cereal at 30 cents.

For the 6th and 7th months 8 egg yolks and 30 more servings of homemade fruits and vegetables are added.

Months 8 and 9 baby gets double the amount of oatmeal and also an unspecified amount of bread -the latter of which cost 15 cents.

For the remainder of the first year baby gets an additional 7 egg yolks, 30 servings of fruit, vegetables, or even soup, 1 pound of beef, liver, or lamb, and the corn syrup is dropped from the homemade formula. Back in the old days canned soup was considered a good meal for babies since it was a soft food and no concern was given to feeding so much salt to an infant! 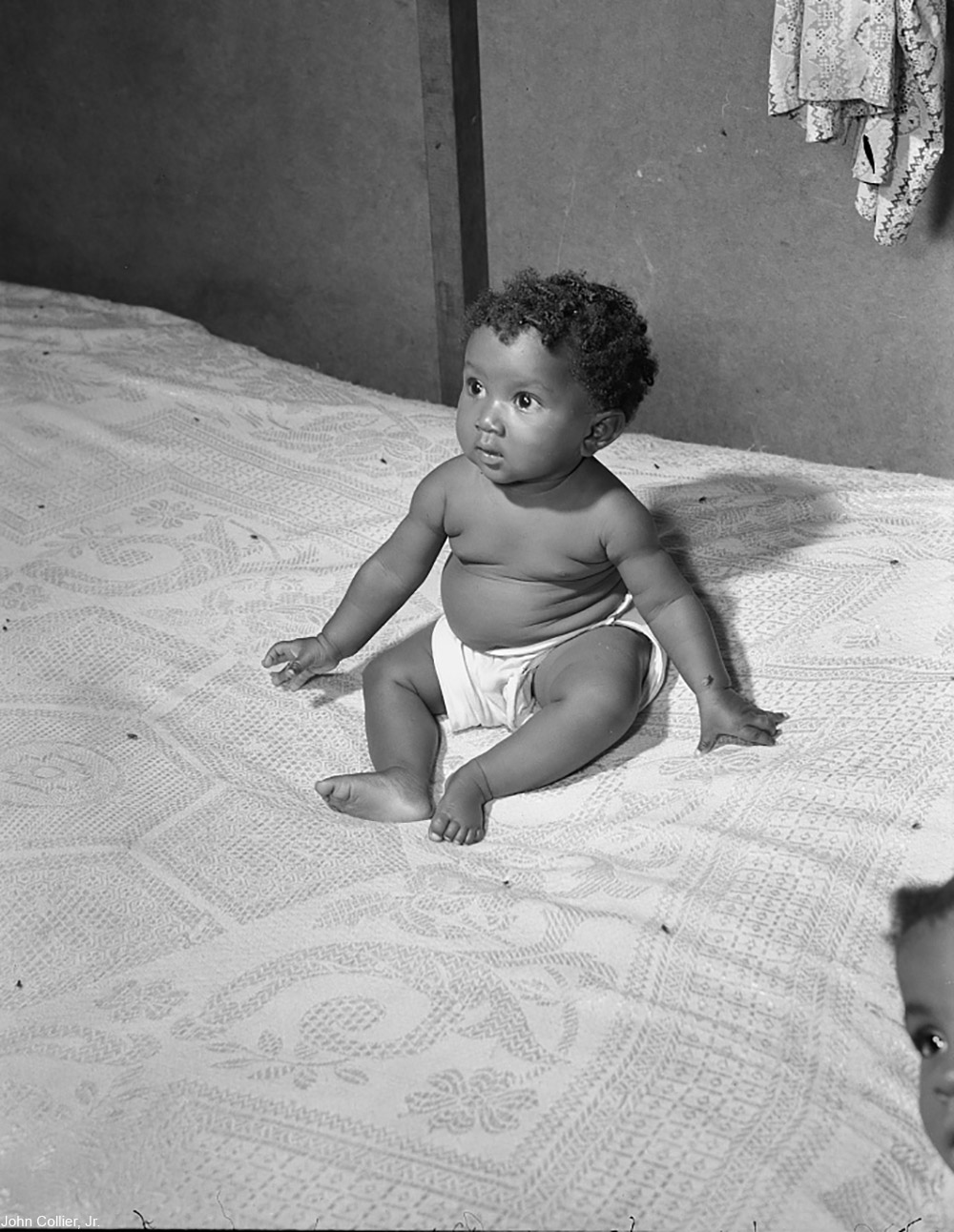 It’s really interesting to see how much things cost back then, but also how much our care of babies has changed over the years. These days most families do not give solid foods to babies until around 6 months of age, but of course the thinking back then was that any foods rich in vitamins and protein would be good for infants.