When people age, their closets don’t always keep up – case in point being sprightly seniors who unwisely appear like they’ve just stepped out of a Fashion 21. Likewise, the fashionistas at Tip Hero believe it’s possible to age out of your favorite jeans.

There’s a certain number, however, when experts advises dropping that denim in a donation bin. And this isn’t just a matter of personal preference; the blogger even backs up her claim with statistics. 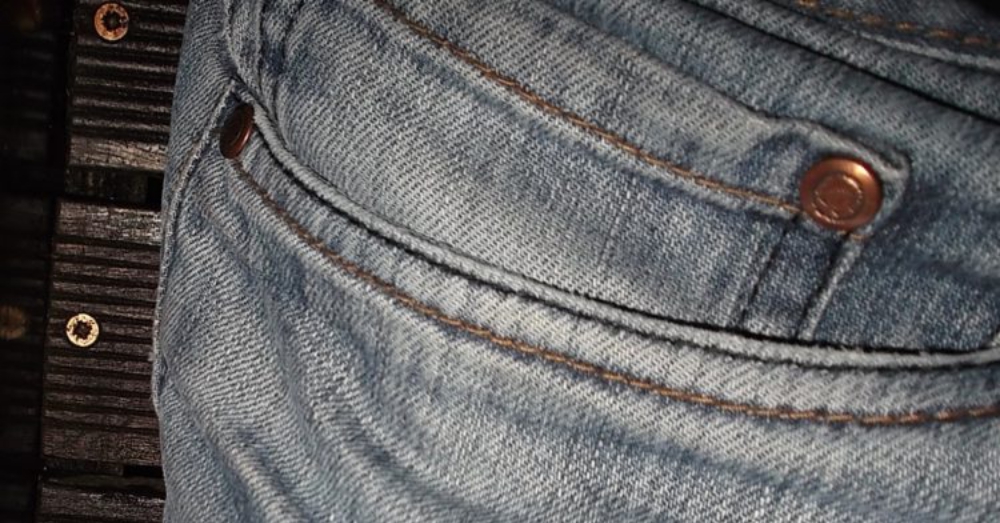 The data was collected by CollectPlus, a UK courier company that recently surveyed 2,000 national shoppers. The firm hoped to explore what age customers felt irked when they encountered people in denim trousers. (Oddly, the survey was silent on mini-skirts, leggings, tube tops and other fashion choices traditionally associated with youthful dress).

Regardless, respondents seemed to agree that people shouldn’t be trying to squeeze into blue jeans past the age of 53. The reason? Customers felt that modern denim just wasn’t well-made for older bodies.

It sounds like folks weren’t as offended by the sight of blue jeans as much as just finding a decent pair. Twenty-four percent of respondents struggled to find a good fit, 29 percent didn’t see anything they liked, and 6 percent found that denim-related shopping trips could easily induce tears. Only 10 percent of older folks were invested enough to try on over five pairs, according to these findings.

Shopping creates additional stress as people age, which is why seniors often prefer to find something that fits and stick with it. Buying jeans also adds up when you consider the price of parking, shipping, and transportation. Suddenly, your search for fresh denim pants requires an additional $45. Nor has Amazon.com solved the issue; senior shoppers just wind up spending far more in returns.

At the end of the day, it’s really just about simplifying your fashion choices. Keeping rocking your favorite blue jeans if they’re still a comfortable fit. But if you need to replace them? This survey suggests that people of a certain age just might not want to bother.

Find out more in the video below!