Aunt Bee From “The Andy Griffith Show” Left $100,000 In A Trust Fund For Law Enforcement

Frances Bavier, the woman who played Aunt Bee from The Andy Griffith Show, died in 1989 at age 86 and left behind a hefty amount of money towards her local law enforcement. Fox News reports that the $100,000 was found to be a trust fund toward the local police force as a nice, final gesture from a woman who was actually pretty tough to deal with, in comparison to her TV character. 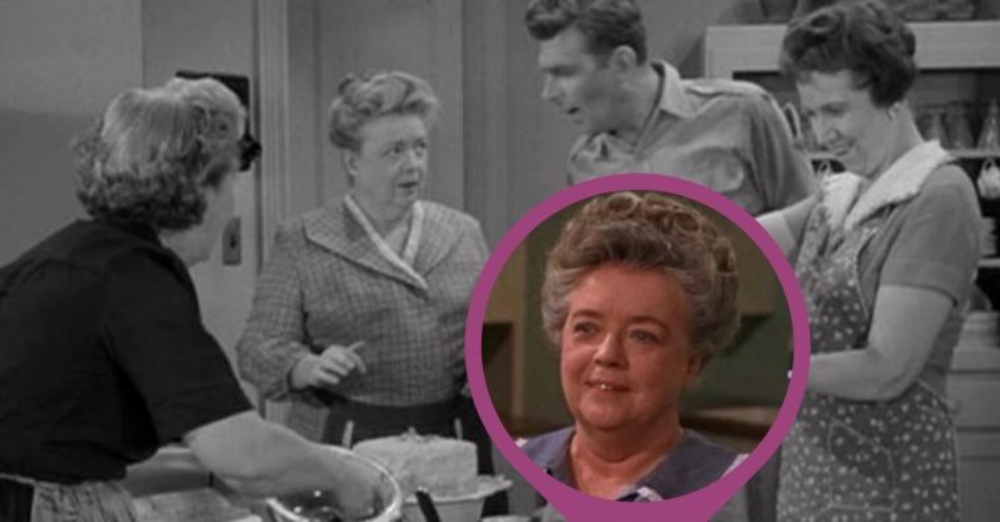 Floyd Bowers, who worked at an Exxon station near Bavier’s grave, spoke about how Bavier was in real life in 2004. He said, “She wasn’t the woman you saw on TV. She liked her privacy, and she was hard to please. My wife worked at the hospital, and she was what the nurses call a hard patient.”

The News & Observer has confirmed that the local North Carolina police will keep the principal of the trust fund that is $100,000 and divide the interest among the police staff every year for a Christmas bonus at the end of the year.

In addition to leaving a $100,000 trust fund to the local law enforcement, Bavier’s will specified that parts of her estate would go towards the Actor’s Fund of America in addition towards several residents of Connecticut and New York. The rest of the funds from her estate went to UNC public television.

Bavier absolutely loved her charity work, even when she was still in the public eye. Once she settled in Chatham County in 1972, she performed charity work for both Christmas and Easterseals, She soon dropped out of the public eye and stayed indoors with her cats, but apparently still always had charity on her mind as that was her last charitable offering.

According to The News & Observer, before she dropped out of sight, she was actually fairly involved in her neighborhood community and was well-loved. She was known to ride in holiday parades and would write well wishes to the mothers of kids going off to college. She had everyone else’s best interest at heart.

Aunt Bee from The Andy Griffith Show was best-known and remembered for her cheerfulness, her maternal and caring instinct, and of course her fresh-baked pecan pies. What was portrayed in The Andy Griffith Show may have been far from Bavier’s actual demeanor in life, but what’s for certain is that she never lost her love for giving back.

Be sure to SHARE this article if you remember Frances Bavier in The Andy Griffith Show!

Check out the video below of Aunt Bee and Clara singing “My Hometown” from The Andy Griffith Show:

Secret facts about the Andy Griffith Show: Click “Next Page” below!